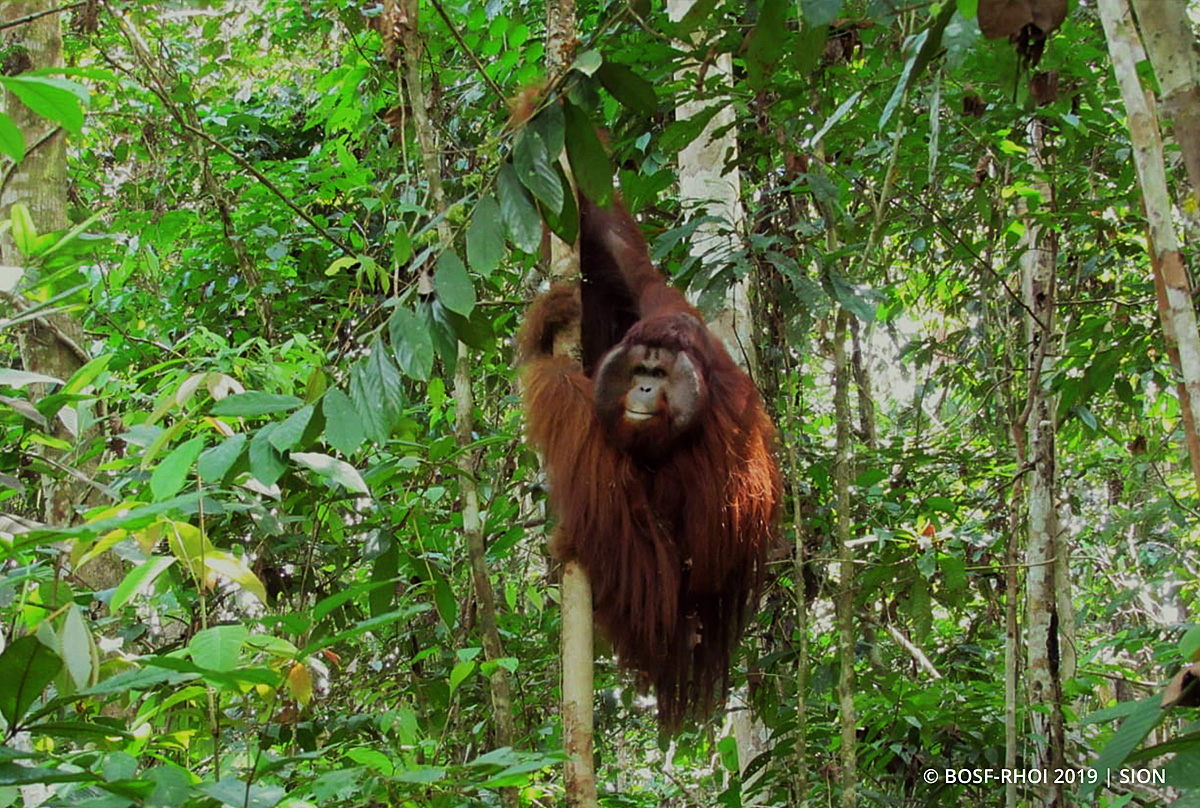 December 5, 2019 — It has been just over a fortnight since mother orangutan Jubaedah, her son Jubaedi, and adult male Titon gained true freedom in the Kehje Sewen Forest. Since their release, our Post-Release Monitoring (PRM) team from Nles Mamse Camp has conducted nest-to-nest observations on the three orangutans and witnessed some interesting events, including an encounter between 19-year-old Titon and a senior resident of the forest, Agus. 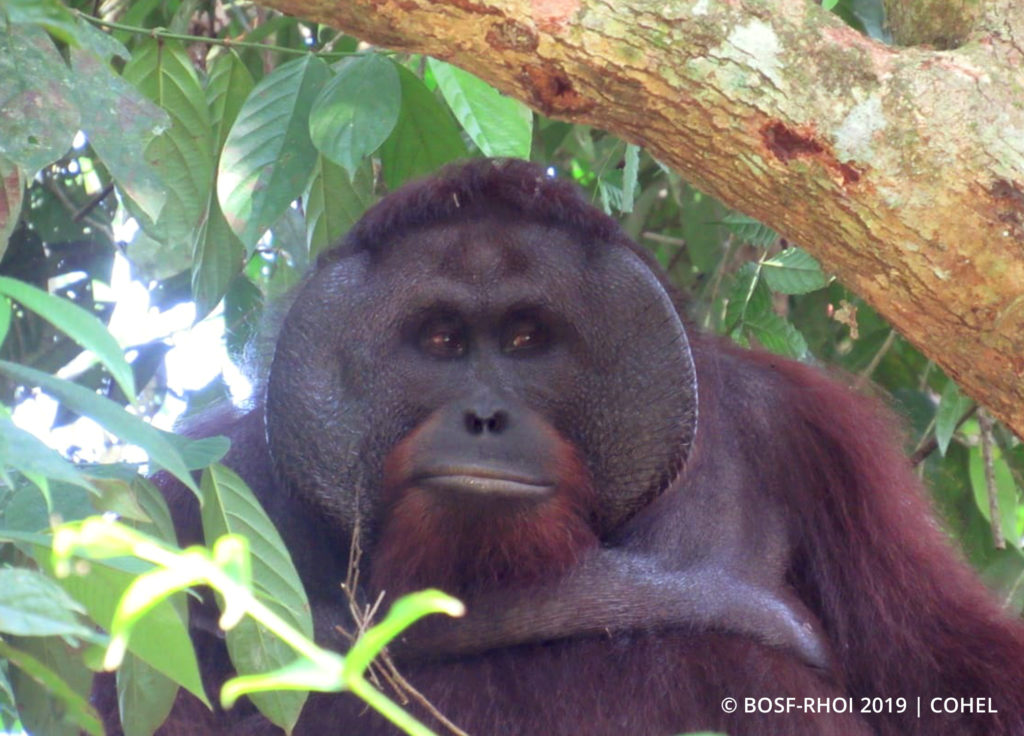 It was only his second day in his new forest home when newly-released Titon met Agus, an adult male who was released to the Kehje Sewen Forest in October 2013. On that particular day, the forest atmosphere felt tense as the two males made first contact. Agus and Titon glared at each other from a distance and looked poised for confrontation. The PRM team waited quietly and tried to keep a safe distance while observing the two. The tension escalated as Agus moved closer toward Titon, and suddenly tried to provoke him by shaking a tree. Titon, despite the intimidating actions of Agus, did not budge. 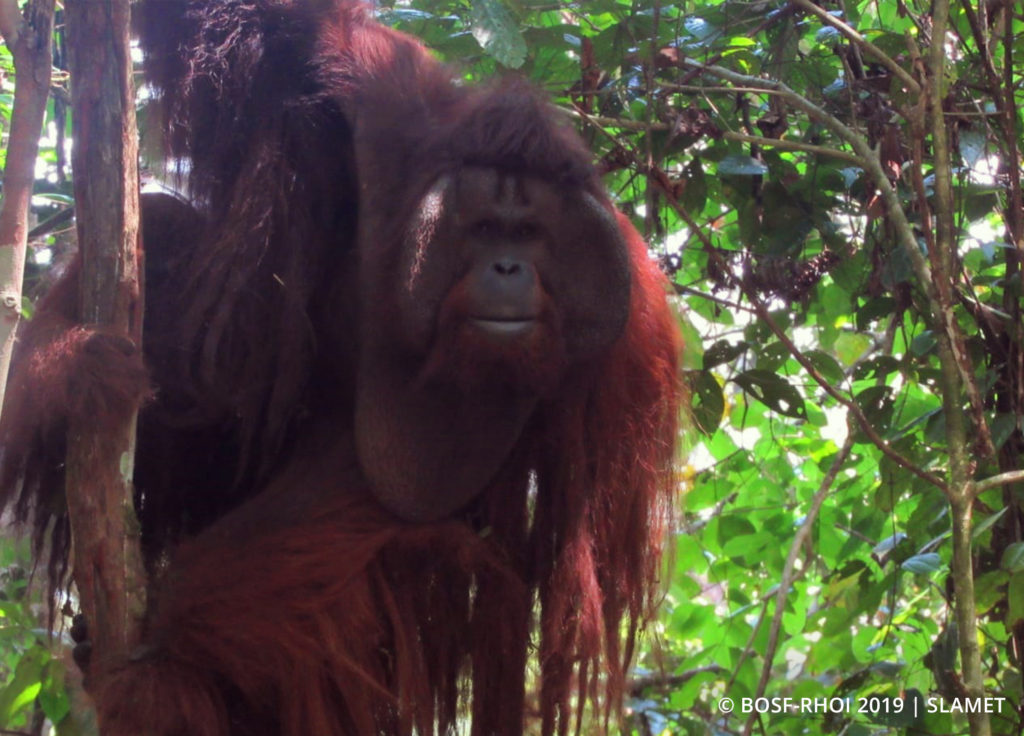 Agus, who was positioned just a few meters from Titon, suddenly turned in the opposite direction and aborted his mission. Moreover, he looked frightened! Our PRM team even saw Agus urinating and defecating as he ran away from Titon, indicating that he was indeed scared. Titon remained calm and watched Agus disappear into the hills. Our team members believe that Agus felt threatened by Titon’s confident posturing, and were relieved that no fight occurred while they were conducting observations.

Nest-to-nest observations over the past two weeks indicate significant progress for Titon. He had spent his first day of freedom resting on a branch and only observing his surroundings, but in the days following, he slowly started to become more active. He began to brachiate through the trees, explore deeper into the forest, and eat a larger variety of natural foods. He also let out several long calls in the forest, to mark his territory by notifying other orangutans of his presence, and to attract females.

We are delighted to see Titon adapting so well to his new home. Hopefully, he will continue to thrive and live a happy life in the Kehje Sewen Forest!