August 22, 2019 — With 97% of the same DNA as humans, it is no surprise that orangutans often display specific traits or develop unique characteristics not unlike their human relatives. Members of our Post-Release Monitoring (PRM) team in the Kehje Sewen Forest frequently recognise similar behaviours in released orangutans to that of their human counterparts.

Some orangutans have been known to hoard food in their night nests to snack on; others are fussy eaters and will only consume particular types of foods, like etlingera, during the wet season; and then there are those who form strong bonds with others, who reunite every now and again in the forest .

During recent observations, our PRM team discovered one such interesting trait in Elder, a 7-year-old female orangutan who was released on 25 July, 2019. 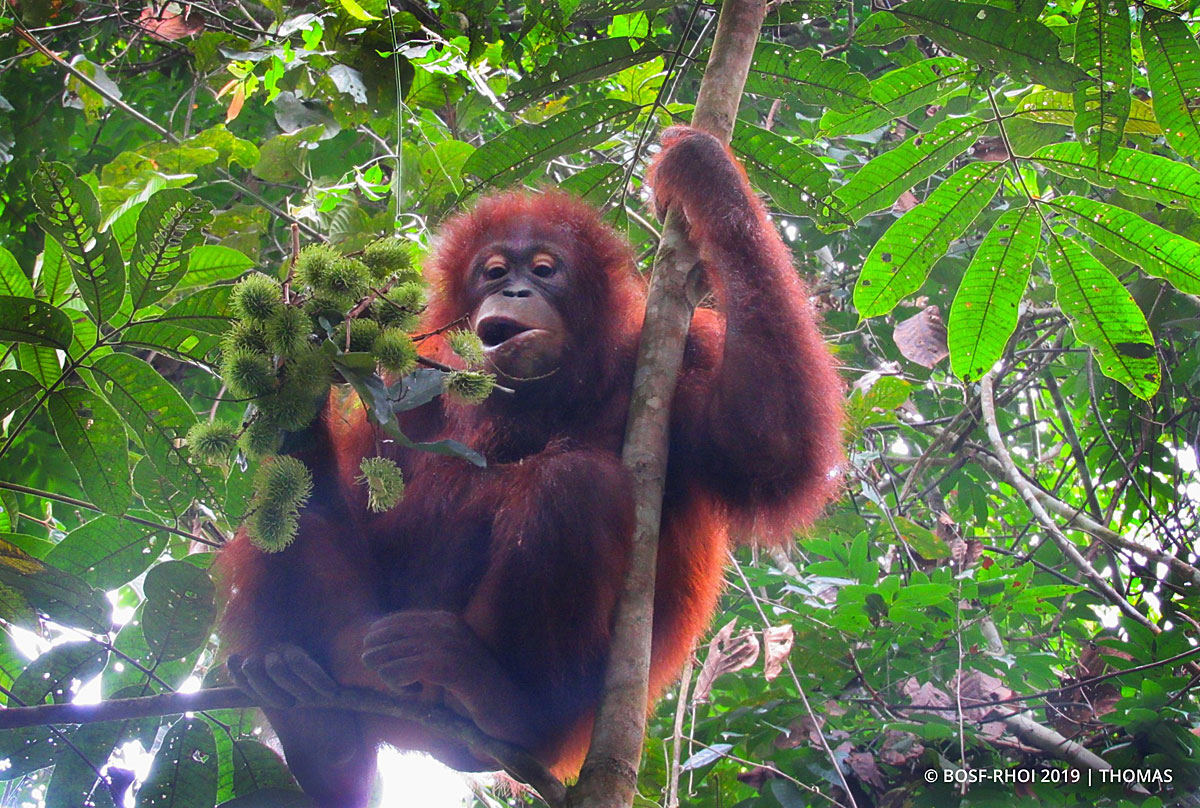 Our PRM team has noticed that in the weeks since her release, Elder has picked up a peculiar hobby: she is somewhat obsessed with building nests! Most orangutans like to take a daytime nap in a nest they build in the canopy. However, Elder is not happy with building just one nest for her nap – she will construct several nests and then, oddly, will not even take her nap in any of them! Our team has discovered that after building a collection of day nests, Elder will abandon them and return to a nest she built the previous day, which she will rest in after re-packing with an extra comfort layer of leaves.

After just over two weeks in the forest, the PRM team reports that Elder is already adapting very well to her new environment: She is eating a lot of forest food, and has a new friend in Justin, a male released two years prior. Both have been seen eating, foraging, playing and exploring the forest together. 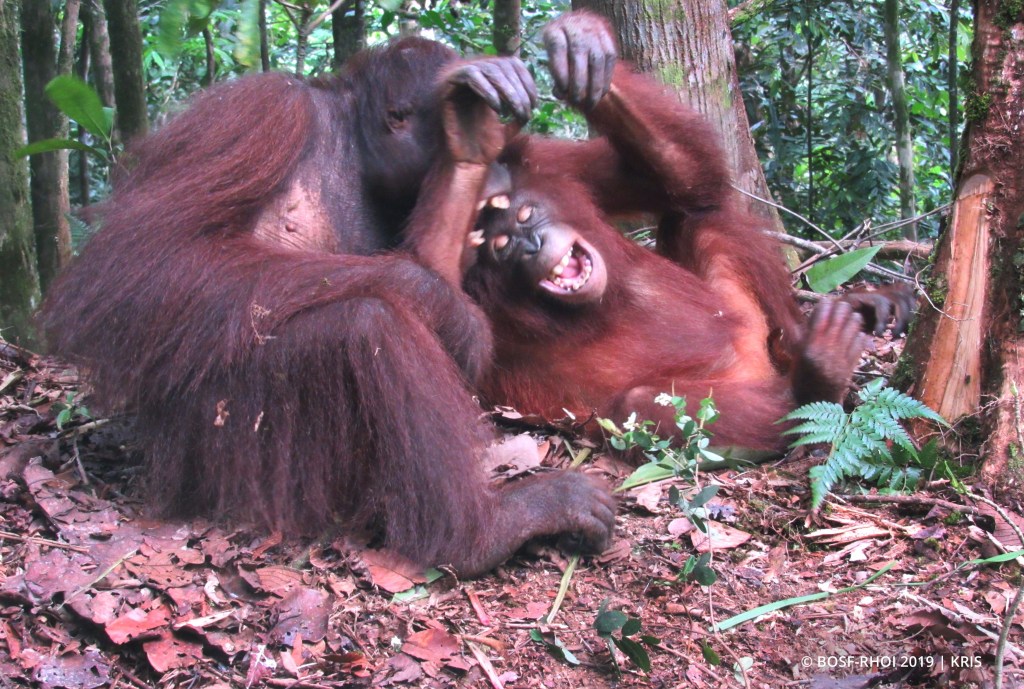 During the PRM team’s most-recent observation, Elder was spotted again with Justin. On this occasion, however, each was busy with their own separate business; Elder was seen devouring forest fruits whilst Justin dangled among the lianas nearby plucking young leaves.

When the day began to turn dark, Elder and Justin set about constructing nests near each other. After about 15 minutes, Justin had already completed his nest – but not Elder! She was still engrossed in weaving her third nest! When Elder was finally done, she approached the nest that Justin had built and made herself at home in it. Like a chivalrous gentleman, Justin allowed her to take over his nest and got busy building another for himself.

Nest-building is one of the most important, basic survival skills orangutans learn and develop during the rehabilitation process. During her time in Forest School, Elder loved to practice her nest-building and excelled in this skill area. It is rather unusual, though, to see that as much as she loves building nests, she does not seem to enjoy staying in them!

Practice makes perfect, Elder! You are well on your way to becoming the Kehje Sewen’s master nest-builder!