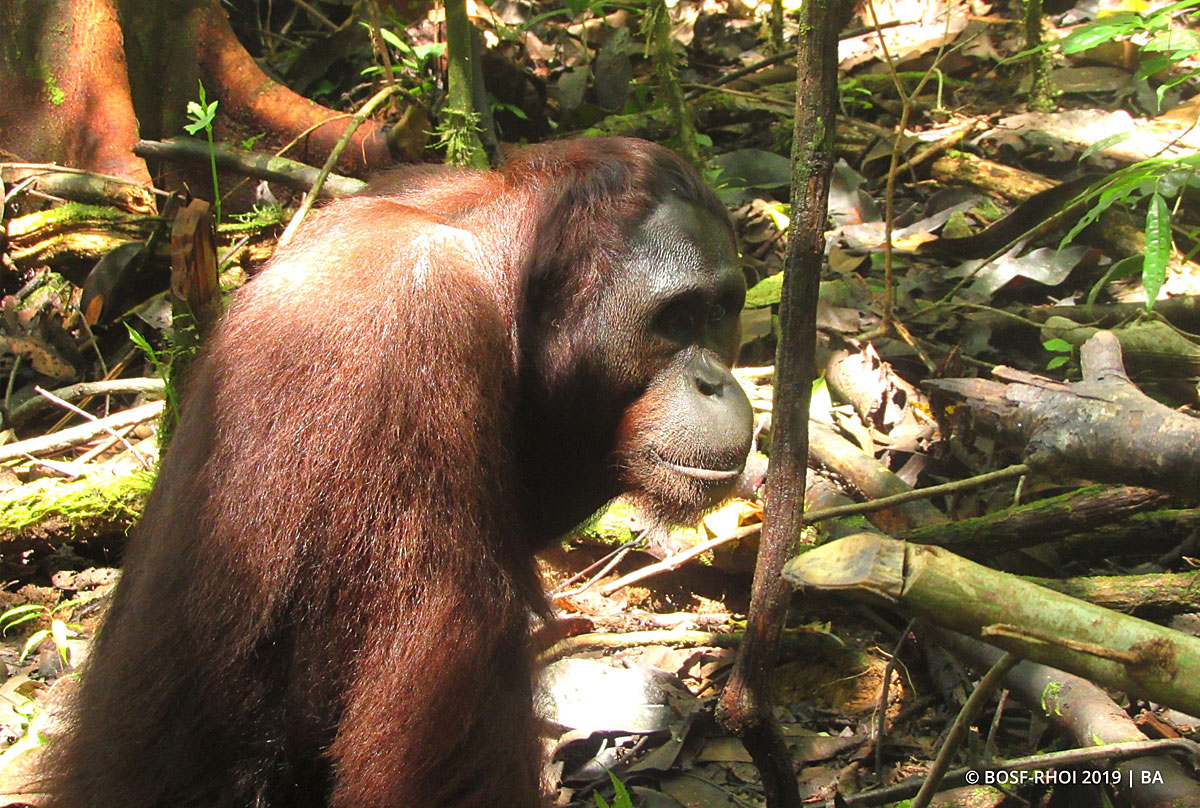 FEBRUARY 14, 2019 — Our Post-Release Monitoring (PRM) team from Camp Lesik, in the northern part of the Kehje Sewen Forest, made a surprising discovery during a recent patrol. The team stumbled upon Robert, a 10-year-old male released in April 2016, who was far away from the southern side of the forest he was observed in just a few weeks prior. 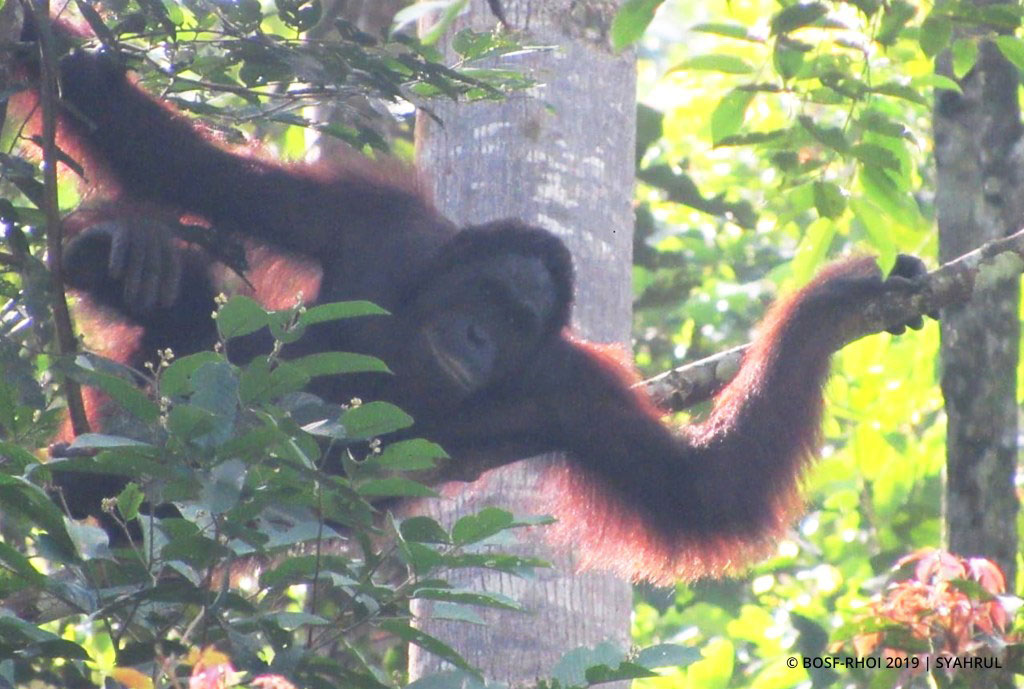 Robert dangling in a tree

Seeing Robert in the northern part of the forest was quite shocking, as it indicated that he had roamed as far as 25 kilometers from the last area he was spotted in. While it is quite common for young male orangutans like Robert to travel 1-2 kilometers a day (source: Panduan Tanya Jawab Seputar Orangutan), it is still rather unusual for Robert to have covered such a great distance in such a short amount of time. Normally, it takes some time for released orangutans to explore that far across the forest, especially when there are so many areas rich in natural food sources to enjoy.

The PRM team found Robert dangling from a tree; clearly, he wasn’t tired from his long journey, as he was still moving actively through the forest to forage. With his exceptional foraging skills, Robert easily found fresh shoots and termites under rotten pieces of wood, and skillfully worked his way through foliage to locate various other natural foods. After a few hours of feasting on forest fare, Robert built a day nest to take a nap in.

Robert looked totally in control – his exploration of the forest, it seems, is not without purpose. In fact, we suspect that he deliberately roamed far to discover new feeding areas, or search for females. After four hours of observation, the PRM left Robert to enjoy his well-earned rest. 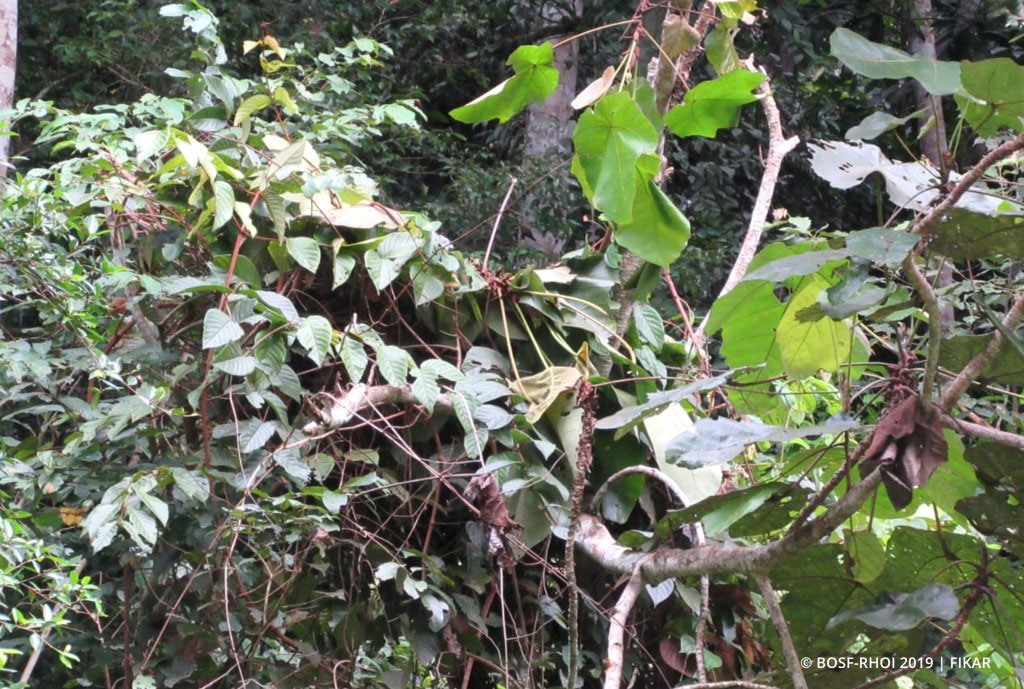 It is rewarding to see our released orangutans thriving and enjoying their freedom in the forest. We hope that every orangutan undergoing rehabilitation at Samboja Lestari and Nyaru Menteng will one day get the same opportunity to taste true freedom in a natural habitat.