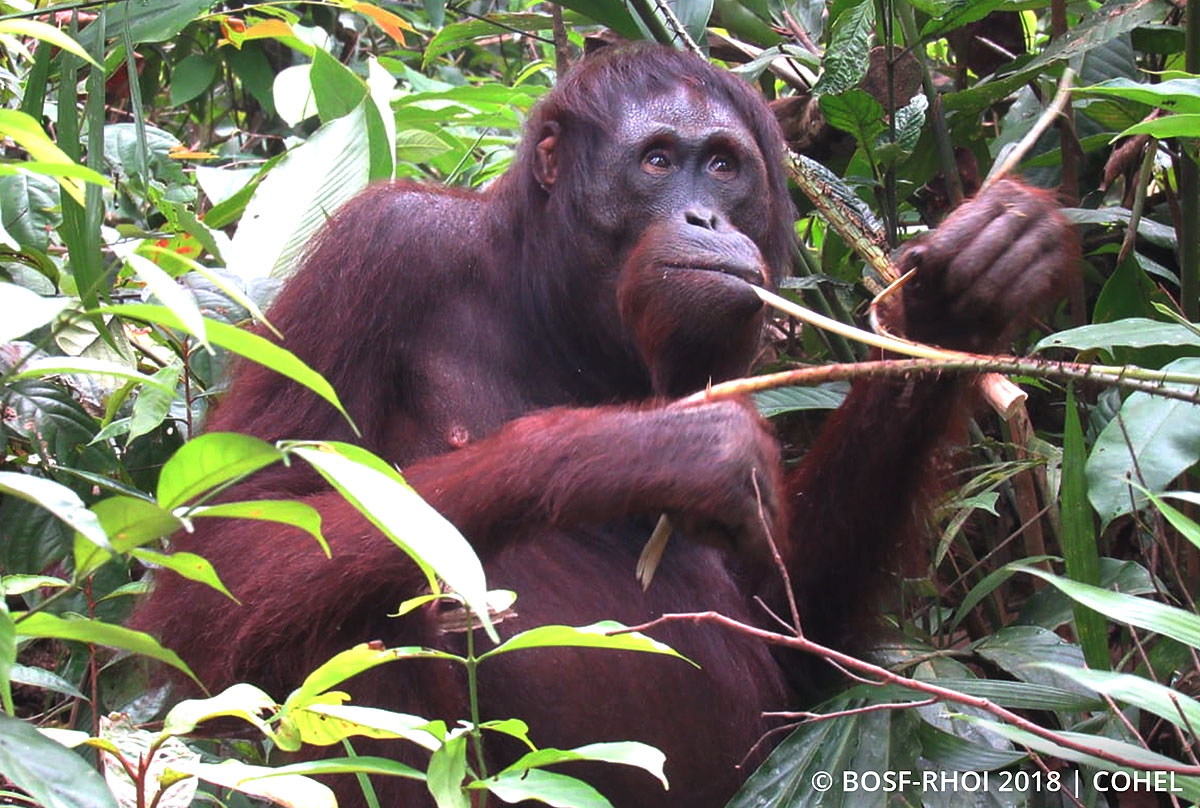 October 22, 2018 — It was early in the morning when our PRM (Post-Release Monitoring) from Nles Mamse Camp, in the Kehje Sewen Forest of East Kalimantan, patrolled the area known as ‘the helipad’ in search of orangutans. That day, the team had gone directly to the spot where signs of orangutan presence had been detected a few days prior: leftover food scraps, nests, and even a distinct orangutan odour hanging in the air. The team used radio-tracking equipment to try and detect orangutans in the vicinity, but it was to no avail.

After some time, the PRM team sat down for a rest and continued to monitor the radio signals. As it turned out, the tracking equipment wasn’t needed at all that day; an orangutan suddenly showed up, brachiating nearby. Unable to detect the surprise visitor’s signal, we relied on binoculars to try to identify her. She looked familiar, and after a while we figured that it was most likely to be Indonesia; a female released in December 2016, who was last observed in March this year.

Indonesia’s signal could not be detected by our equipment; presumably from transmitter battery depletion after more than two years in the wild. However doubtful, we conducted observations all the same. Throughout the day, the mysterious figure spent time eating and brachiating through the canopy. She ate several types of forest fruit, including Artocarpus sp., and Garcinia sp., and climbed down occasionally to pluck shoots from the forest floor. Her huge appetite convinced us even more that this was Indonesia, who is known for her sound foraging skills and ability to eat for hours on end. 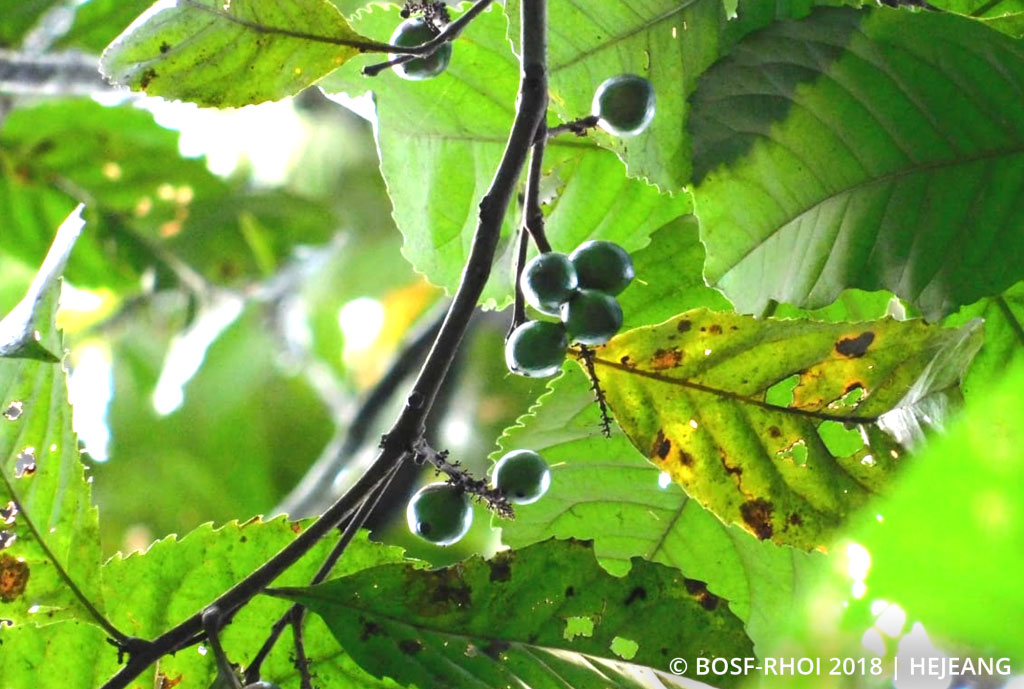 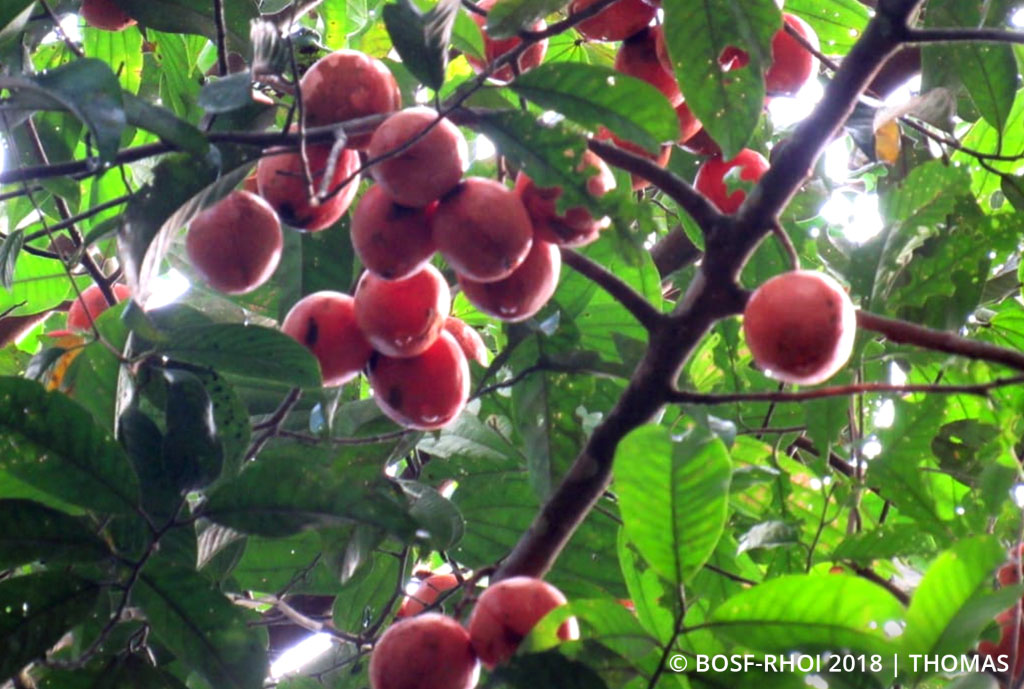 After a full day of activity, Indonesia slowed down at around 6:30 p.m. to crack twigs and collect leaves for her night nest. The nest that she constructed looked very sturdy, and was positioned high up in a large tree. The PRM team waited until there were no further movements from her, then headed back to camp.

Back at camp, photos taken during the day were compared to those in our image data bank. By comparison, we were finally able to confirm that it was indeed Indonesia we had been observing that day.

How delighted we were to have found Indonesia in such a healthy condition. We hope that every orangutan we release can adapt to life in the wild as successfully as Indonesia has!