The team from Nles Mamse Camp in the Kehje Sewen Forest recently set off into the forest to observe mother-infant pair Signe and Bungaran, who were released in December 2016.

Using telemetry signalling, they located Signe and Bungaran in the top of a tree, enjoying bark. Not wanting to disturb them, they established a safe distance and began monitoring. 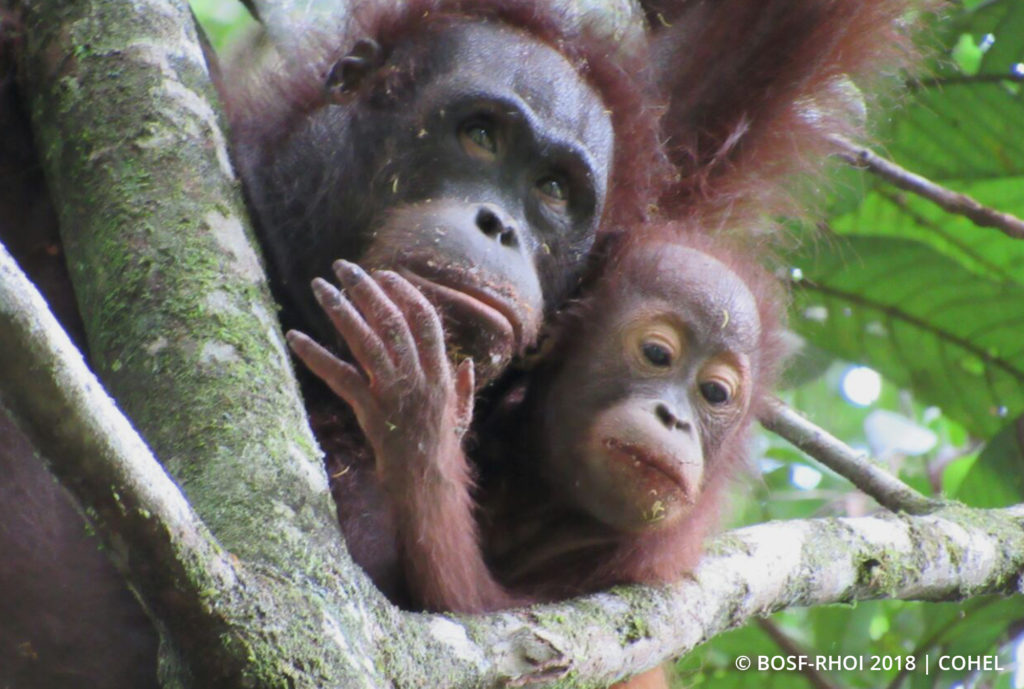 That day, they discovered something new about 3-year-old Bungaran: He is now more willing to explore the forest on his own, and is not afraid to forage a distance from his mother. He also bravely tries new foods.

Signe busily savoured bark while Bungaran moved with ease through the trees and dangled from lianas, stopping every now and then to taste-test fruits. He ate plenty of bark, young leaves, fruits, and shoots. Clearly, he is becoming a very active, independent orangutan. With the great guidance he is receiving from mother Signe, we are convinced that Bungaran has a bright future in the Kehje Sewen Forest. 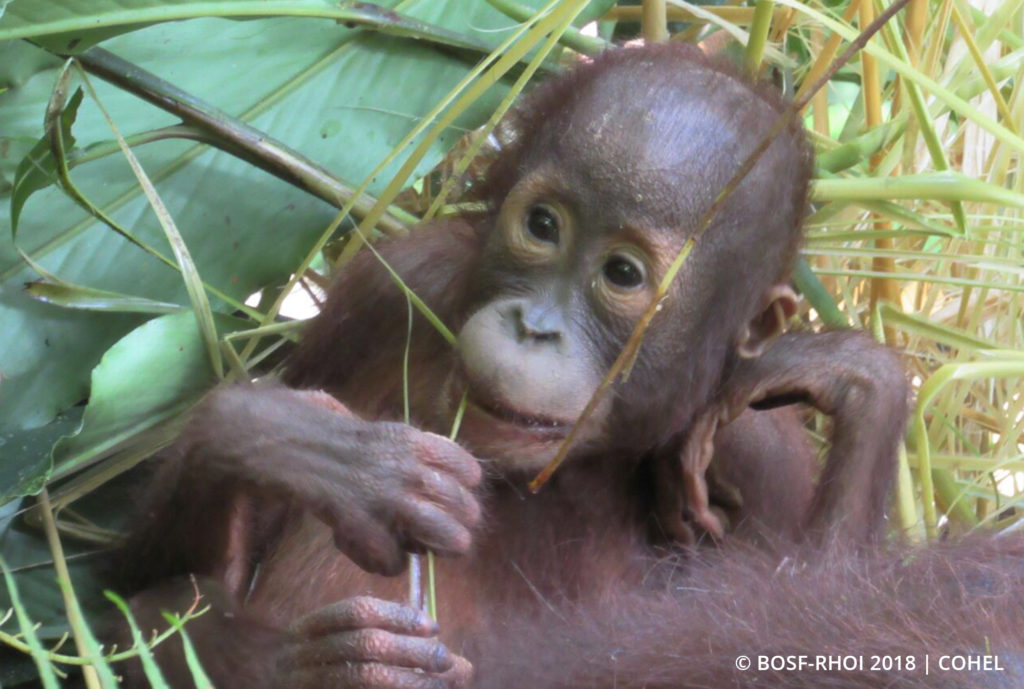 We are extremely proud of Baby Bungaran’s progress! It is always a relief to see released orangutans adapting well and thriving in their true home; a wild forest. Stay healthy, Signe and Bungaran!