BOS Samboja: Dennis Finds a Friend in the Baby House 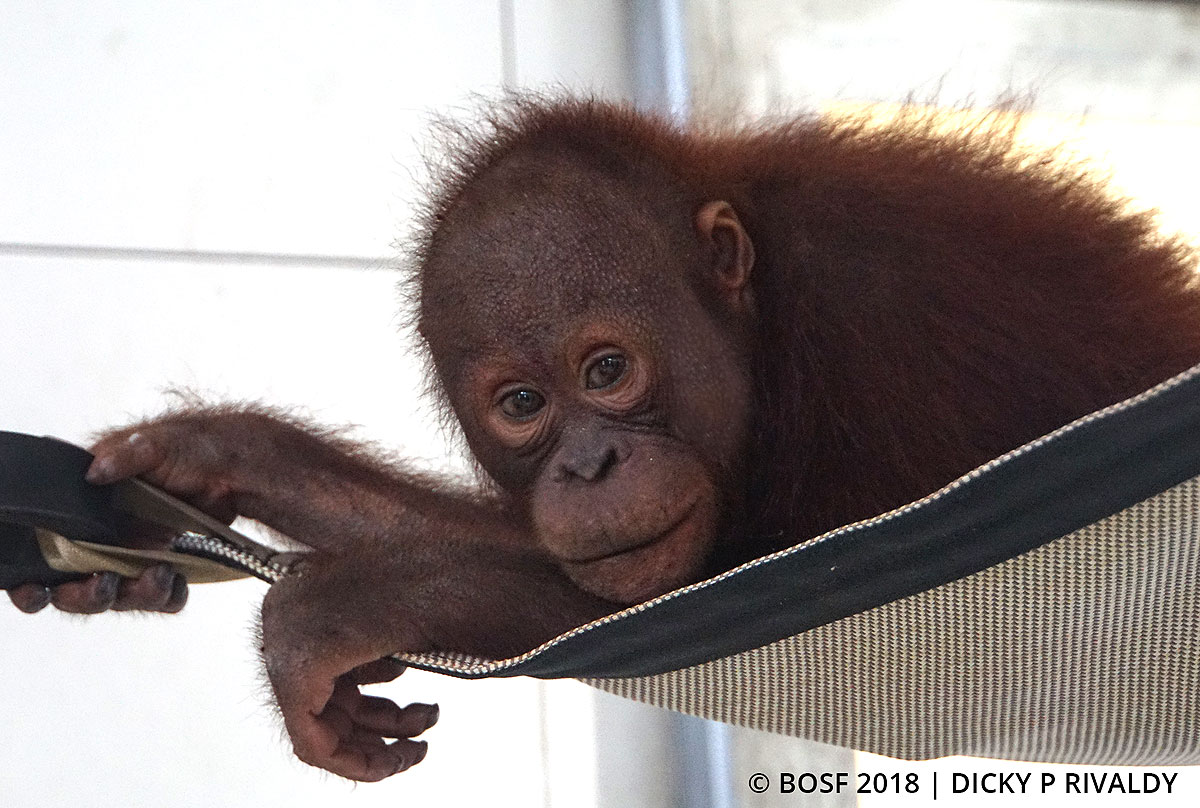 November 20, 2018 — Baby Dennis was handed over to the BOS Foundation’s Samboja Lestari Orangutan Rehabilitation Centre by the East Kalimantan Natural Resources Conservation Agency (BKSDA) on 14 September, 2018. The 3-year-old male orangutan arrived at Samboja Lestari in a weak condition and was suffering from fever. He underwent a comprehensive medical examination at the Samboja Lestari veterinary clinic, and has since been cared for in the quarantine section of the Baby House.

In the two months since his arrival, Dennis has continued to show signs of positive progress. He is currently in good health and likes to eat lots of different types of fruit. When Dennis first arrived, he refused to drink milk, but is now accepting the milk offered by our babysitters. His healthy appetite has seen his weight increase to 10 kilograms!

Dennis Has a New Friend!

When he first entered the quarantine facility, Dennis was rather shy and didn’t socialise much with the other orangutans. He would remain in the same spot and watch his peers as they engaged with the enrichment material around them. The other babies in the quarantine facility – Frank, Klaus, and Ecky – were curious about Dennis, and tried to approach and invite him to play with them. Even after many attempts at persuading him to join them, Dennis still refused and opted to play alone.

On his second day in the quarantine facility, our team of babysitters took Dennis and the other babies to the playground area located adjacent to the facility. Ecky, the female baby of the group, again tried to invite Dennis to join her, but Dennis would not budge. Ecky eventually gave up and moved off to play alone on the rubber rope while Dennis played in a hammock.

After a while, however, Dennis started to show interest in the rubber rope and swing that Ecky was playing with. As he continued to observe Ecky, Dennis slowly moved from his hammock and tried to grab a nearby rubber rope. Recognising his curiosity, an observant babysitter encouraged Dennis to climb up by placing him on the rubber rope.

The encouragement works, and set about climbing the rope confidently! Surprisingly, his climbing skills were quite advanced, and he even followed Ecky up to a tree. 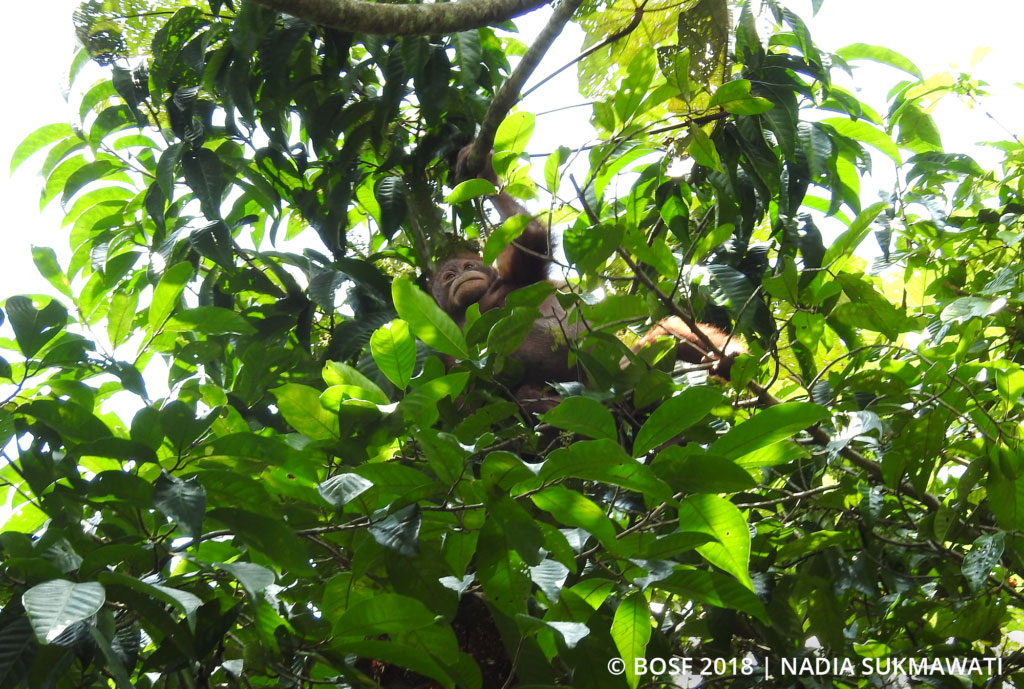 Dennis plays in a tree

Dennis and Ecky played in the tree together; moving through the branches and even taste-testing the leaves they discovered along the way. Rani, the babysitter who was accompanying Dennis, said; “Dennis seems to be comfortable in his new surroundings and is no longer shy. He has been actively playing with his friends, especially with Ecky.”

Since then, Dennis and Ecky have been inseparable – you won’t see one climb a tree without the other!