June 05, 2017 — The BOS Post-Release Monitoring team from Camp Lesik, the northernmost camp in the Kehje Sewen Forest in East Kalimantan (Indonesian Borneo), recently spent some time observing Elisa and Wardah. The two female orangutans were released from Samboja Lestari in March on the very same day, and went their separate ways to explore the dense Kehje Sewen Forest.

On the day of observation, the team started tracking Elisa’s signal at around 8 a.m., but couldn’t locate her until around two hours later. They finally spotted her relaxing on a tree branch, but she quickly moved away after detecting the presence of the observers below. The team did their best to keep their distance and continued to observe Elisa through the trees. 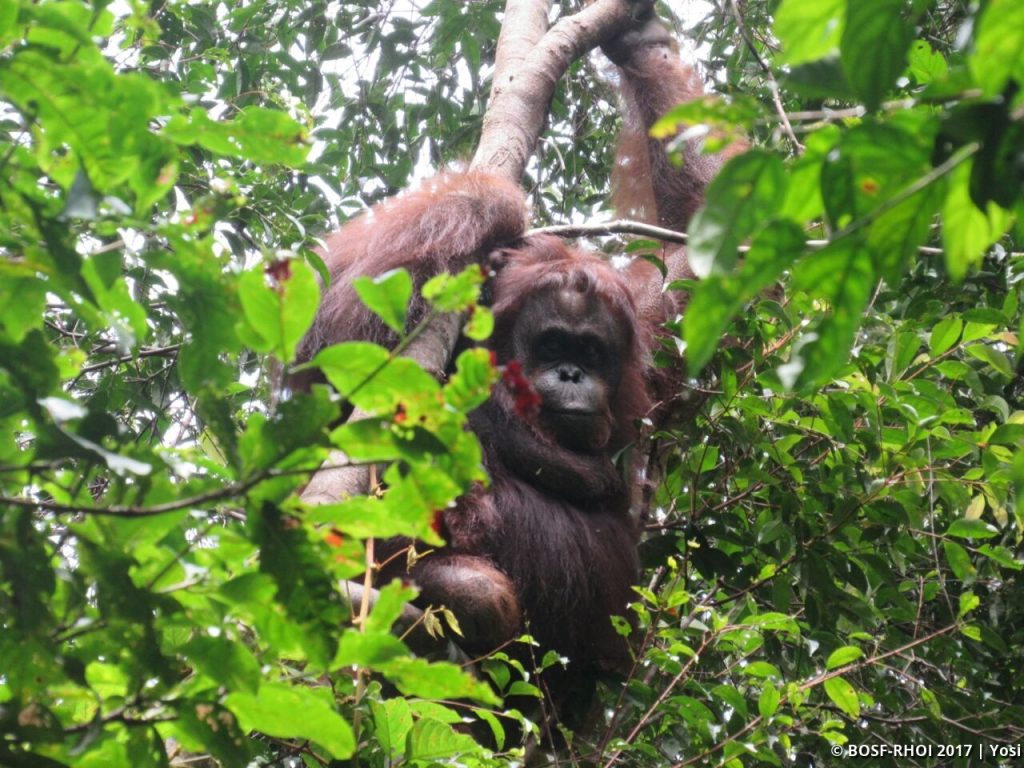 Elisa relaxes on a tree branch

Once she had settled again, Elisa stopped to eat some forest fruits. Then, all of a sudden, Wardah came out of nowhere and approached her. Feeling threatened by the much younger Wardah (19), Elisa (25) warned her with a kiss squeak. Her hair also stood up on end. Noting the unfriendly response, Wardah moved away through the trees. 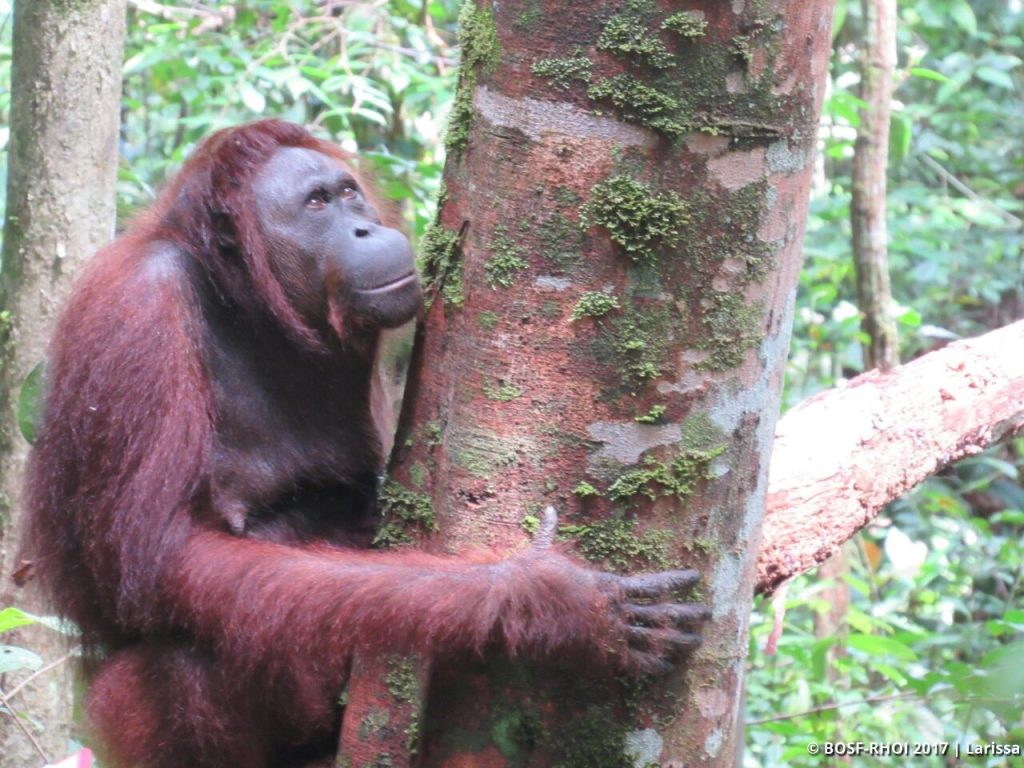 Wardah moves off through trees

However, it appeared that Wardah was not actually trying to make contact with Elisa; rather, she had been attracted to the food available in the area. After gathering herself, Wardah calmly climbed down to pluck and eat some shoots on the ground, then climbed back up to rest, seemingly contented. 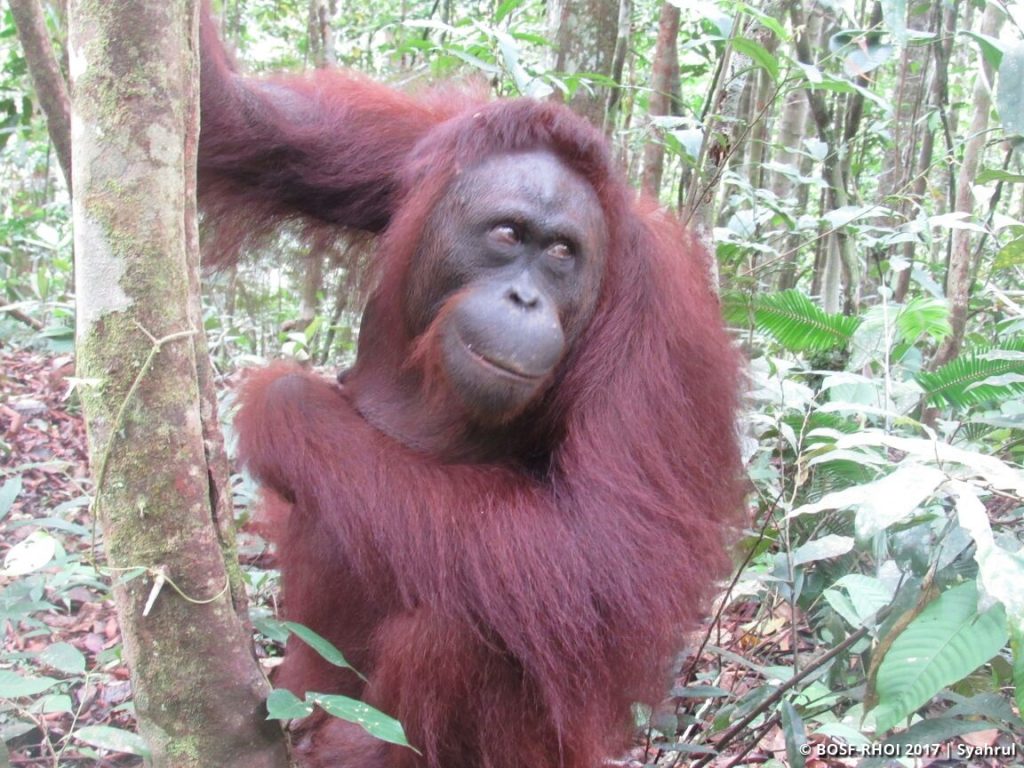 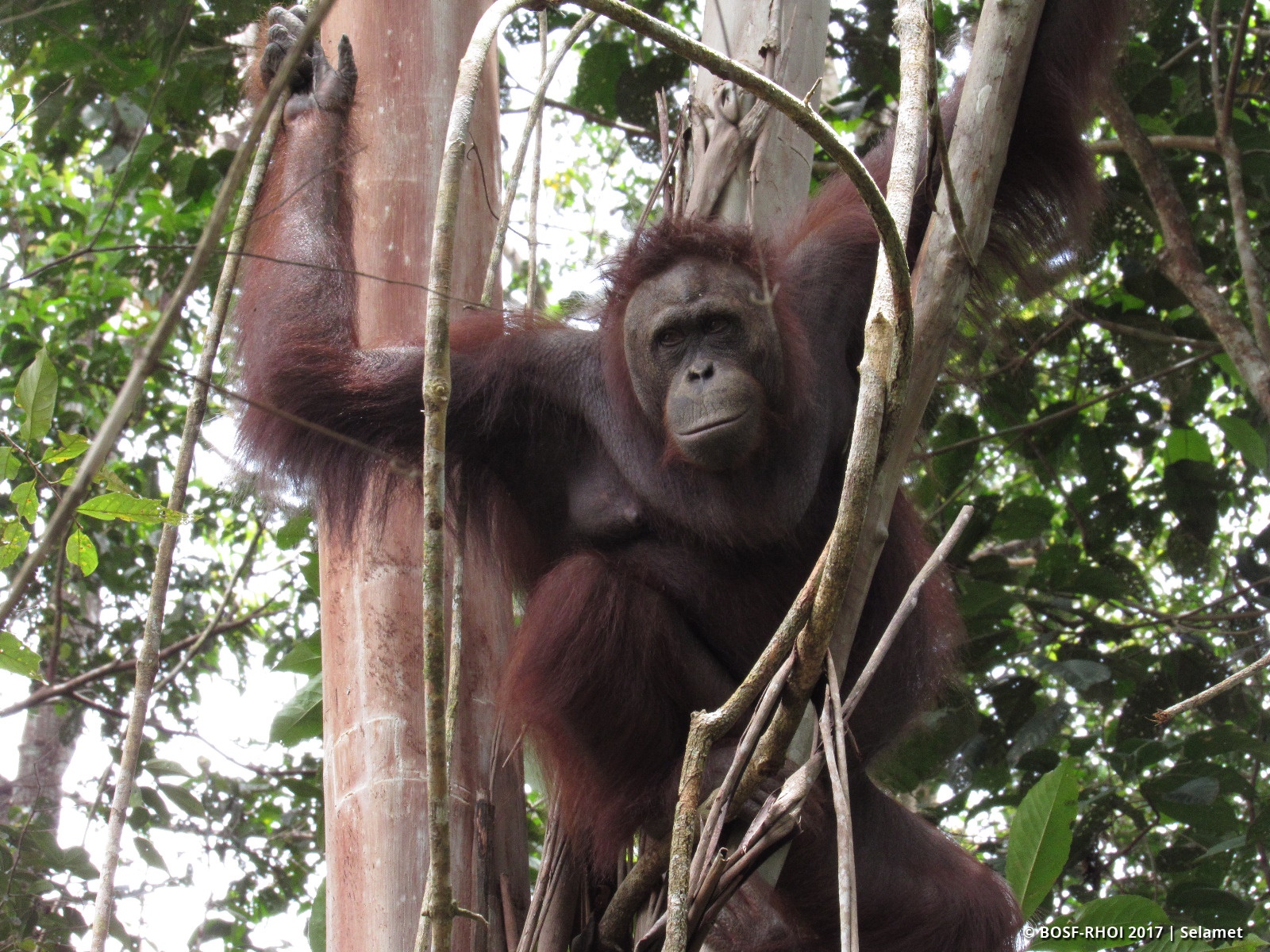 After a brief rest, Wardah moved off to continue exploring the forest. The team couldn’t follow her, as they had their sights on Elisa, who was busily nourishing herself with forest fruits, bark, young leaves, and shoots. Elisa spent the majority of her time up in the trees, only climbing down to pick shoots, which she carried back up into the trees to eat high up on a branch. 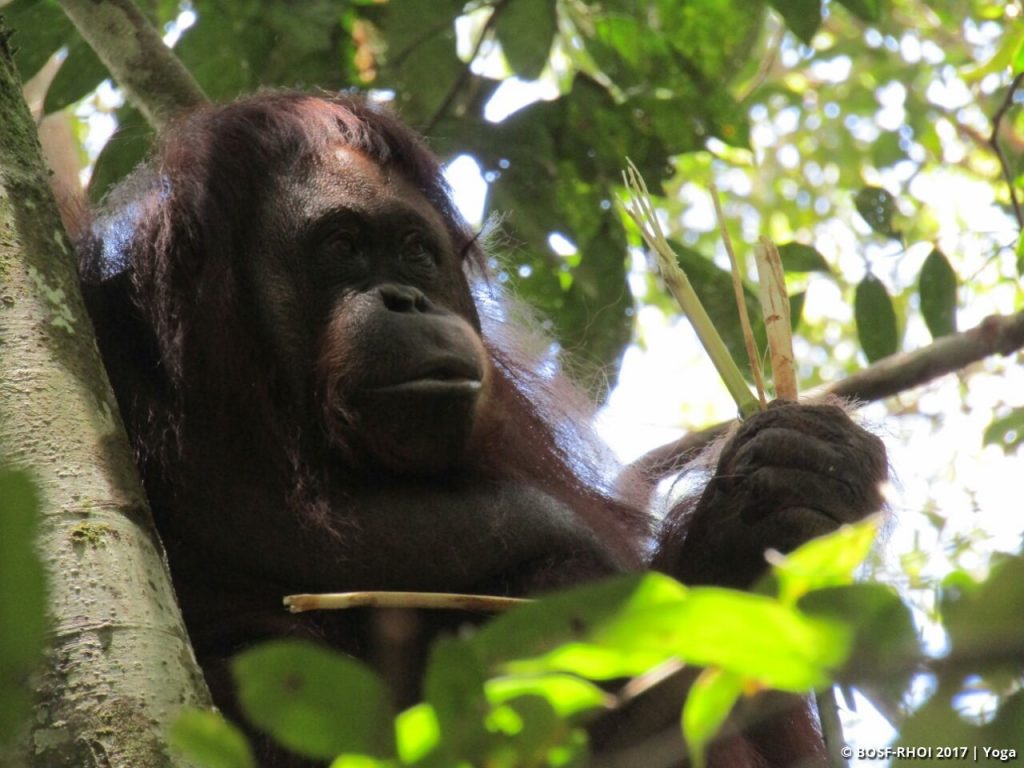 Elisa eats shoots up in a tree

Elisa started to build her night nest at around 4 p.m., and the team waited until she was settled in for the night before heading back to Camp Lesik.

The team was grateful to see these two females thriving and adapting well to their new home. They both appear to be enjoying life in the Kehje Sewen Forest, which we hope will continue to be an orangutan haven.