Freedom is a basic right, which we may at times take for granted. But for 30-year-old Romeo, and other orangutans like him, freedom is something not experienced for many years. The goal of #OrangutanFreedom focuses on changing that— in order to give every orangutan under our care their rightful freedom!

June 08, 2017 — Freedom is a basic right, which we may at times take for granted. But for 30-year-old Romeo, and other orangutans like him, freedom is something not experienced for many years. Our goal of #OrangutanFreedom focuses on changing that and to give every orangutan under our care their rightful freedom. 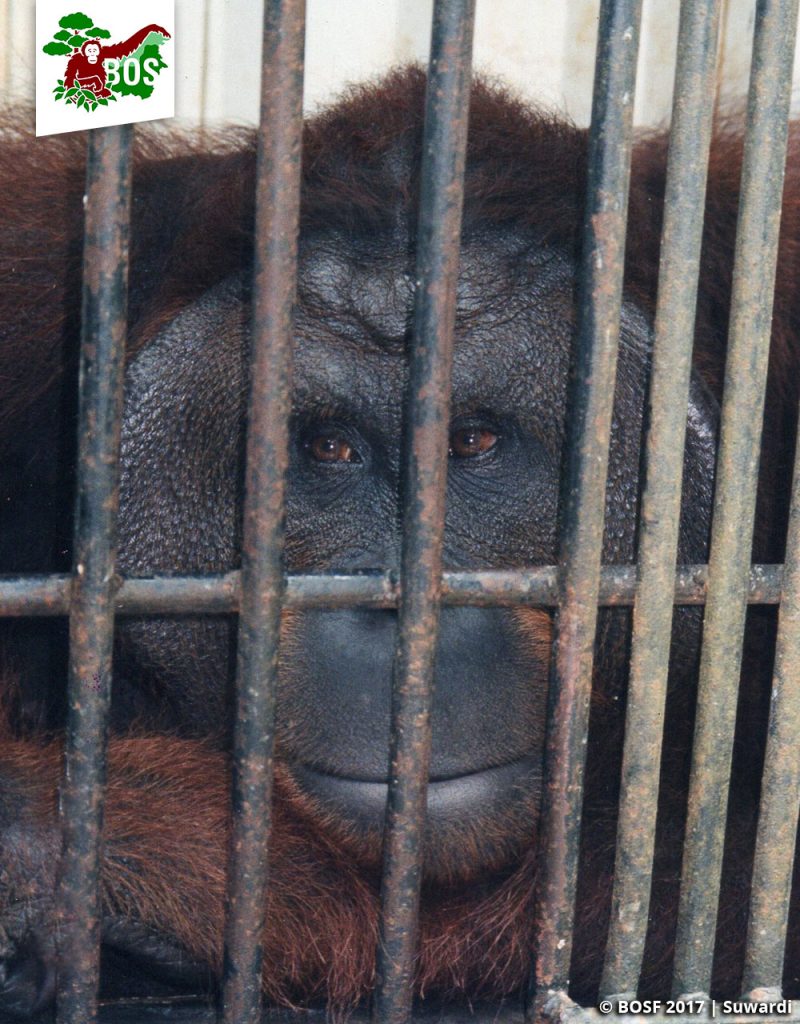 Romeo has lived in confinement his whole life. His early years were spent in a zoo in Taiwan, where he was the main attraction. Caged in an area with limited space, Romeo was unable to move freely or indeed do anything without being watched.

When he was six years old, Romeo was repatriated back to Indonesia and transferred to BOS Foundation where his first years were spent at Wanariset and then later at Samboja Lestari Orangutan Rehabilitation Centre. Here he would have the chance to join our rehabilitation program. However, fate cruelly intervened to put yet another obstacle in the way of Romeo’s road to freedom.

In 1993, when Romeo arrived, he tested positive for hepatitis B, a contagious virus known to be transmittable among both humans and orangutans. Back then for orangutans who tested positive for hepatitis B, there was no choice but to separate them from the other orangutans to avoid disease transmission within the population. For Romeo, this meant he needed to be housed within an isolation complex, and obviously could not join Forest School.

Over the past two decades, a lot has happened and advanced medical science has determined that hepatitis B found in orangutans (Orangutan hepadnavirus) naturally occurs in the wild and is not dangerous. It has long evolved with orangutans themselves. This strand of hepatitis B has actually been found to build up the natural immune system in orangutans and poses no threat to their survival.

This was great news for Romeo and for us! This meant he could socialize with other orangutans and maybe even have the chance to one day be released. But after having spent 30 years in captivity, we remain concerned as to whether Romeo can develop the life skills required to survive in the wild. Normally our orangutans go through a whole process of Forest School and pre-release islands during their early life, to ready them with the skills they need to survive in the wild. Romeo has lost that opportunity and has been unable to learn the skills he needs in Forest School alongside the younger, more agile orangutans. But we are not giving up and we want to at least give him the opportunity to try.

We have designed a program especially for Romeo; the first step being to move him to a pre-release island, where he might be able to learn the survival skills he needs by observing his peers in a more natural outdoor environment.

On June 7, we released Romeo to our pre-release Island 5, which is one of seven manmade islands in Samboja Lestari. The islands were built to help orangutans become accustomed to independent life once they have completed all stages of Forest School. On the islands, orangutans live in an open area and learn to socialize with other individuals, just as they would have to in the wild. Romeo was placed on Island 5 together with two females, Fani and Isti, who had been transferred the previous day.

After sedating and moving Romeo to the clinic for a final health check, Romeo was then moved to the island. 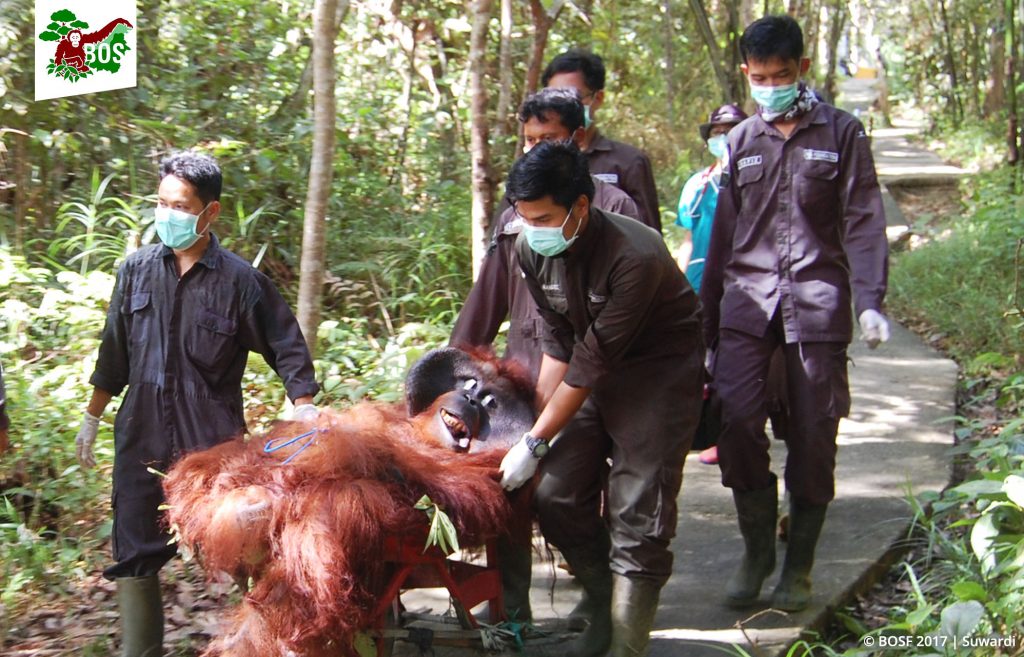 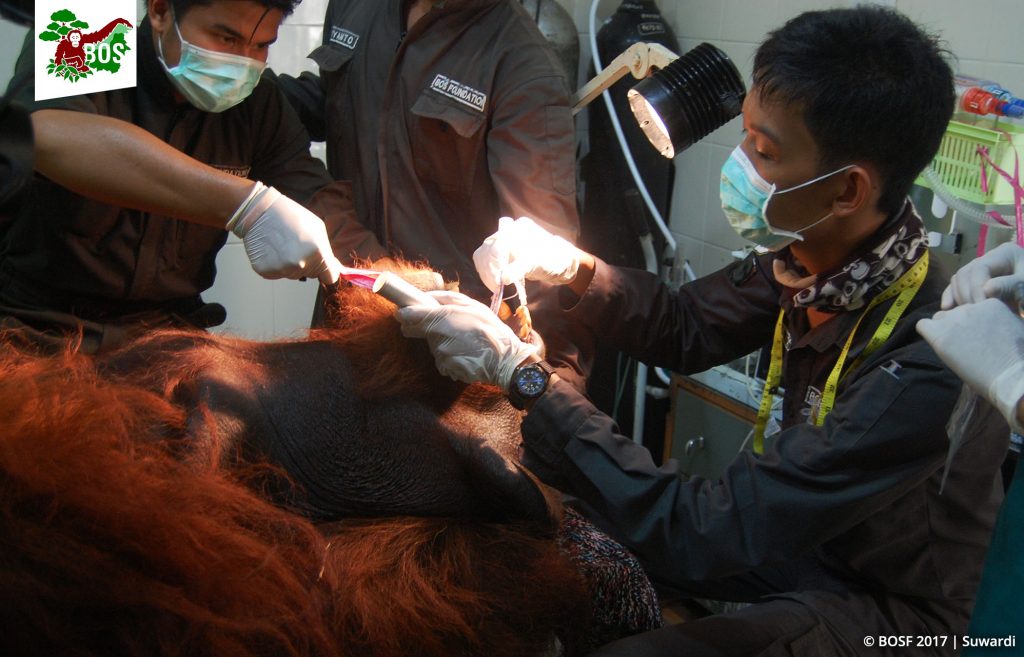 Romeo having a medical check-up prior to leaving 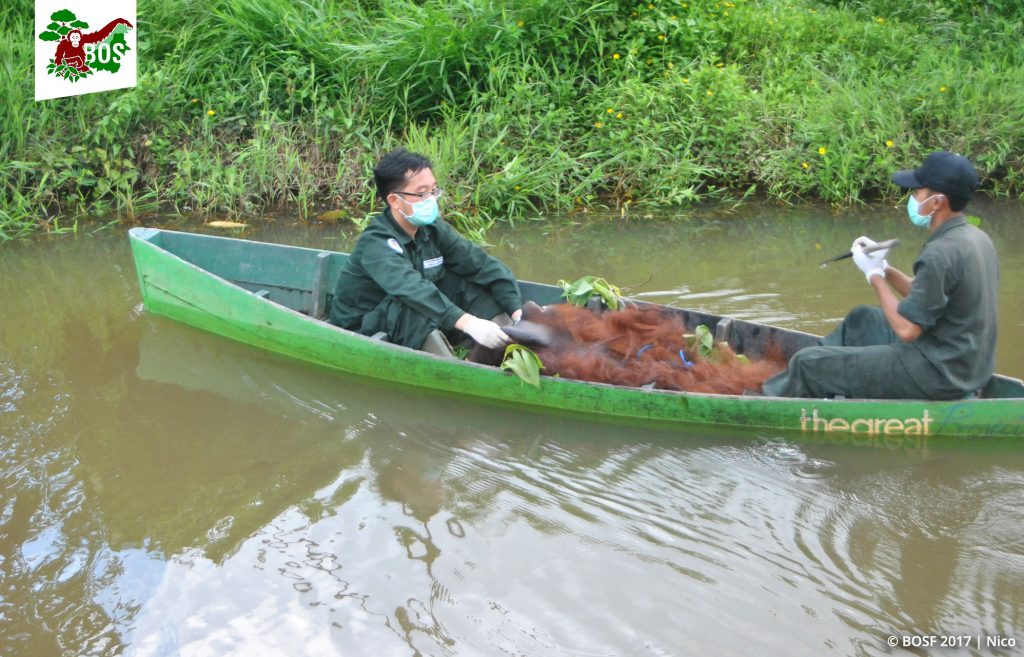 Romeo regained consciousness on the island with our team on stand-by to support him and slowly started to take in his new surroundings. This is the first time in 24 years that Romeo has not seen the world through the bars of a cage. So far Romeo is taking everything in his stride and we will be monitoring both Romeo and the girls closely over the coming months to see if we can move them on to a bigger island where they can learn even more skills.

Romeo still has far to go, but for now we couldn’t be happier to see Romeo out of a cage and enjoying living in freedom on his island. 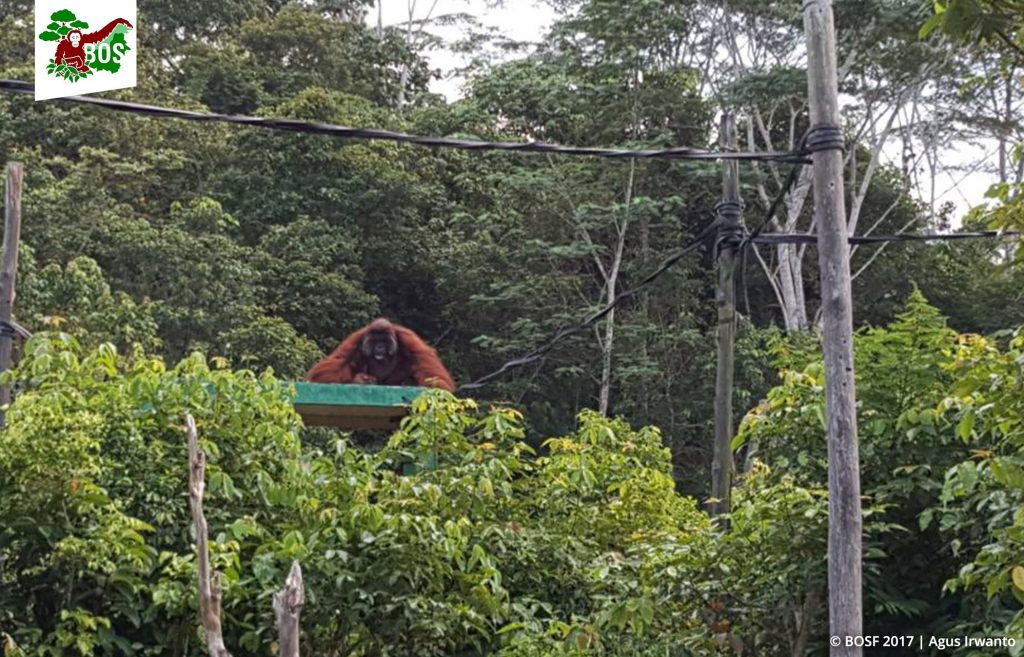 Romeo on the platform on Island #5