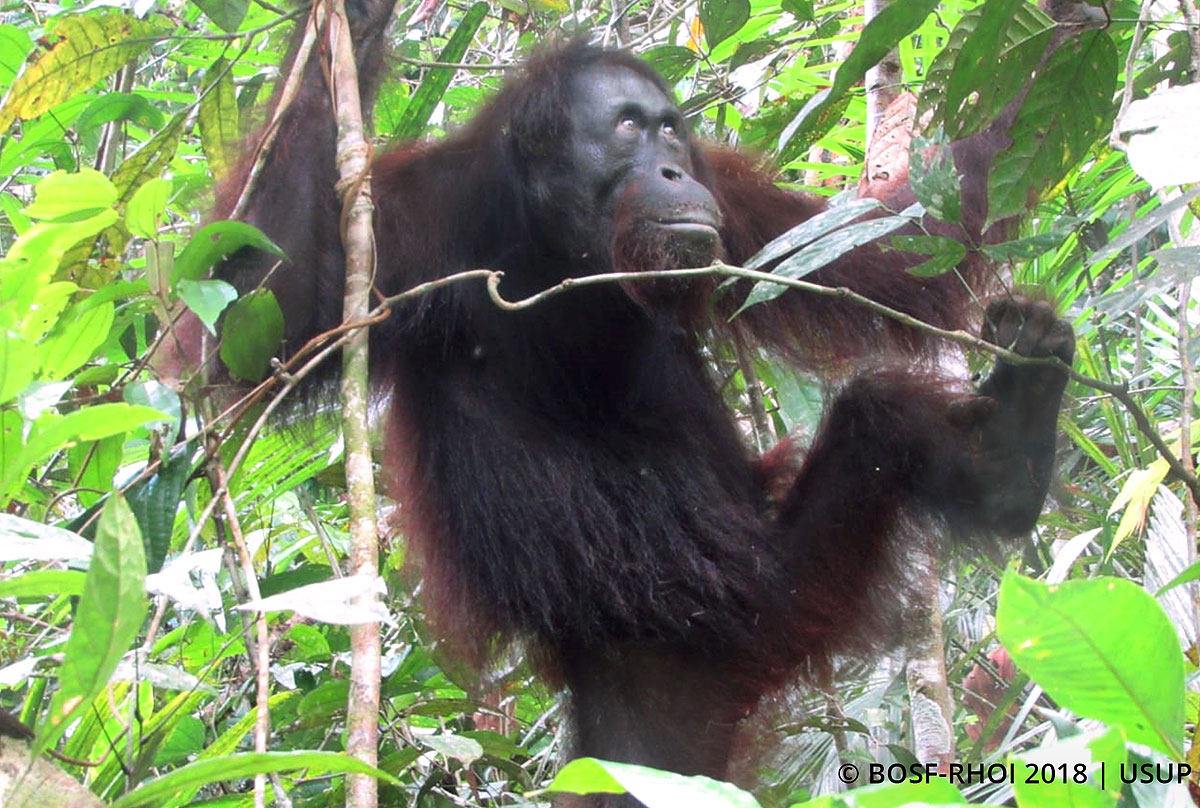 September 26, 2018 — It was a clear morning when Usup, Lung, Fikar, and Remi – members of our Post-Release Monitoring (PRM) team from Nles Mamse Camp – recently headed into the Kehje Sewen Forest to patrol Transect 9 in search of orangutan signals. This transect is somewhat unique in that we have frequently been able to pick up signals here from orangutans who have long disappeared into the forest. On this particular day, the team managed to detect a signal from Leonie, a female orangutan who was released in September 2015.

The team was thrilled to have finally tracked down Leonie, who was last seen in October 2017. After three years in the wild, and almost a year since she was last observed, Leonie is one of the many success stories to come out of our orangutan reintroduction program. 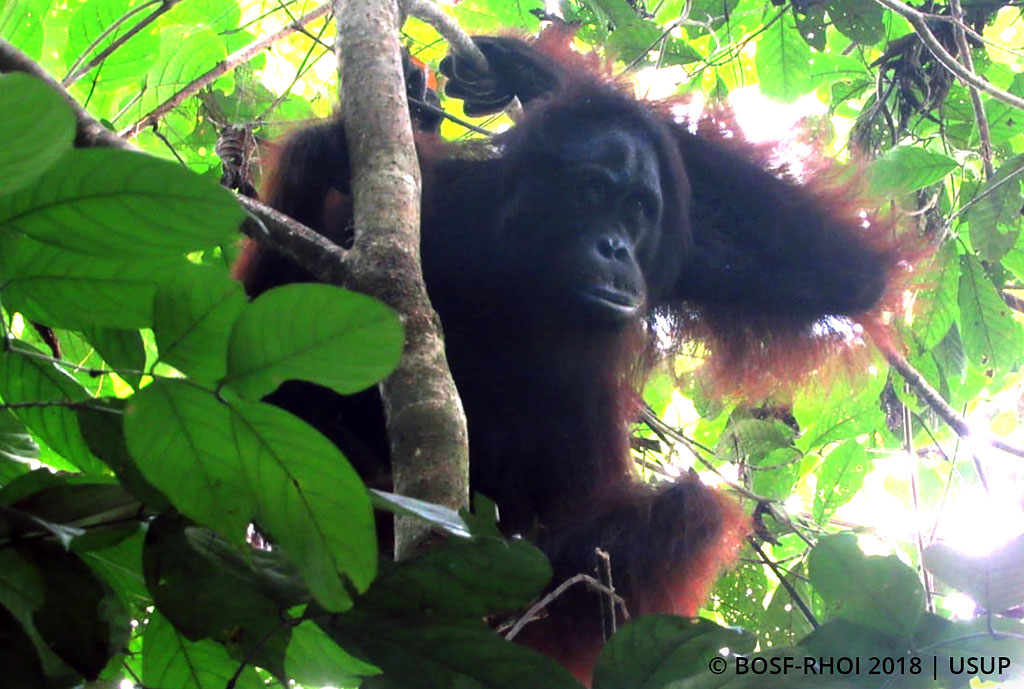 The team followed Leonie’s signal from Transect 9 as it headed toward the Telen River. Her signal kept dropping in and out, which forced the team to walk up and down the steep hills of the Kehje Sewen in order to not lose it. After a difficult 4-kilometer hike in challenging terrain, the team finally located Leonie at around noon, enjoying etlingera shoots on a hillside near Transect 26. Our team members quickly jotted down notes as they observed her and snapped some photographs.

During observations, Leonie actively moved around the trees to explore and forage for food. She looked amazing! Our PRM team members were thrilled to witness Leonie, one of our more senior residents of the southern part of the Kehje Sewen Forest, living entirely wild and free.

Perhaps Leonie will have a baby sometime in the near future, and help produce a new wild orangutan population in the Kehje Sewen. We sincerely hope so!