BOS Samboja: Love in the Canopy 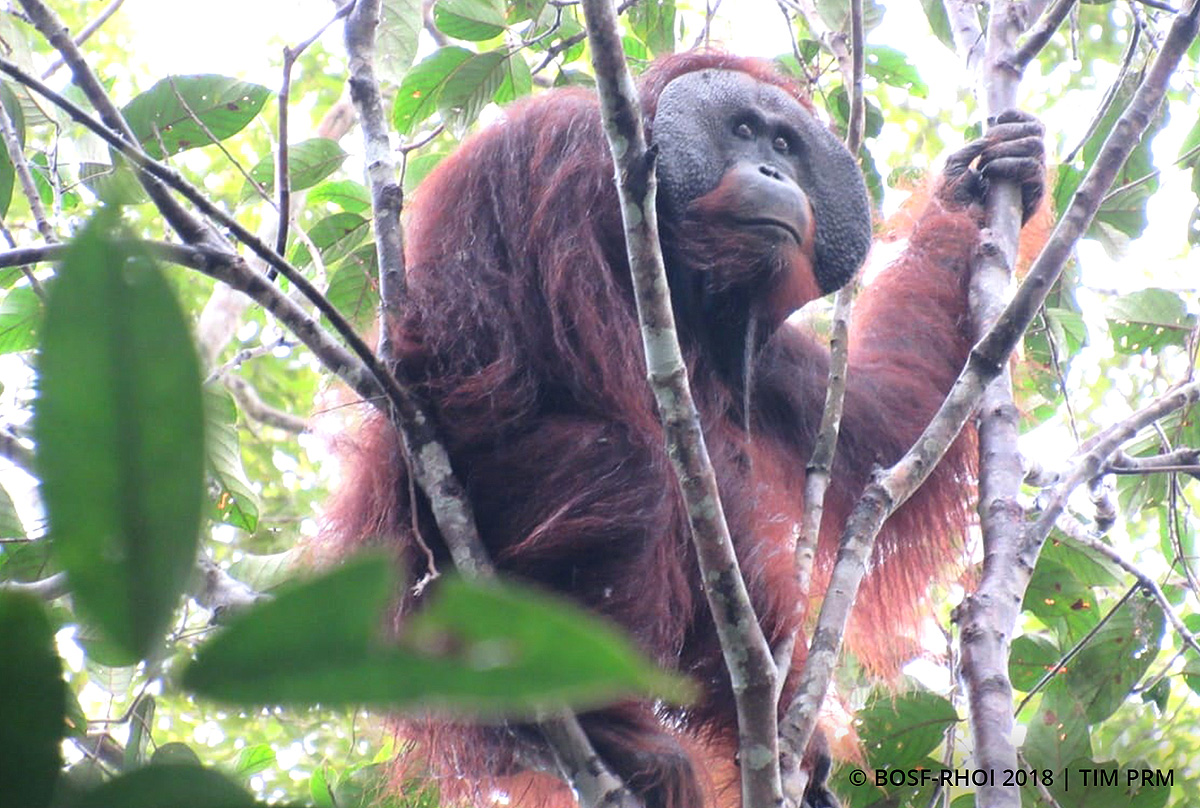 July 3, 2018 -- Our post-release monitoring (PRM) team from Nles Mamse Camp, deep in the Kehje Sewen Forest, recently reported the good news that they had observed two orangutans who have been living in Kehje Sewen for a number of years: Rafli and Ajeng.

Our PRM team members had been conducting routine phenology plotting – to check on the trees and plants that orangutans consume – when they suddenly noticed Ajeng relaxing in the top of an adjacent tree. 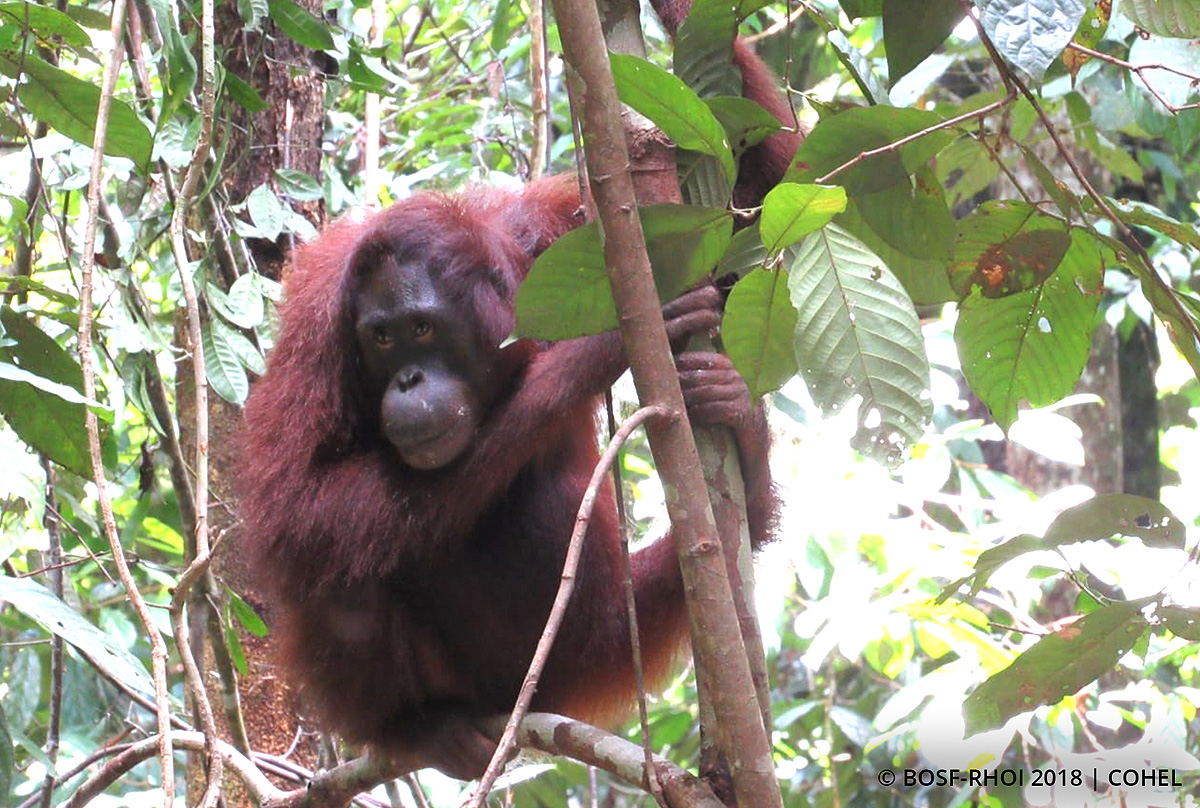 Not long after spotting Ajeng, the team heard cracking noises coming from the canopy nearby. A huge, cheek-padded male came into view and made his way toward Ajeng. He was identified as Rafli, ruler of the Kehje Sewen! This dominant male with a super-large range has a strong dislike for humans. 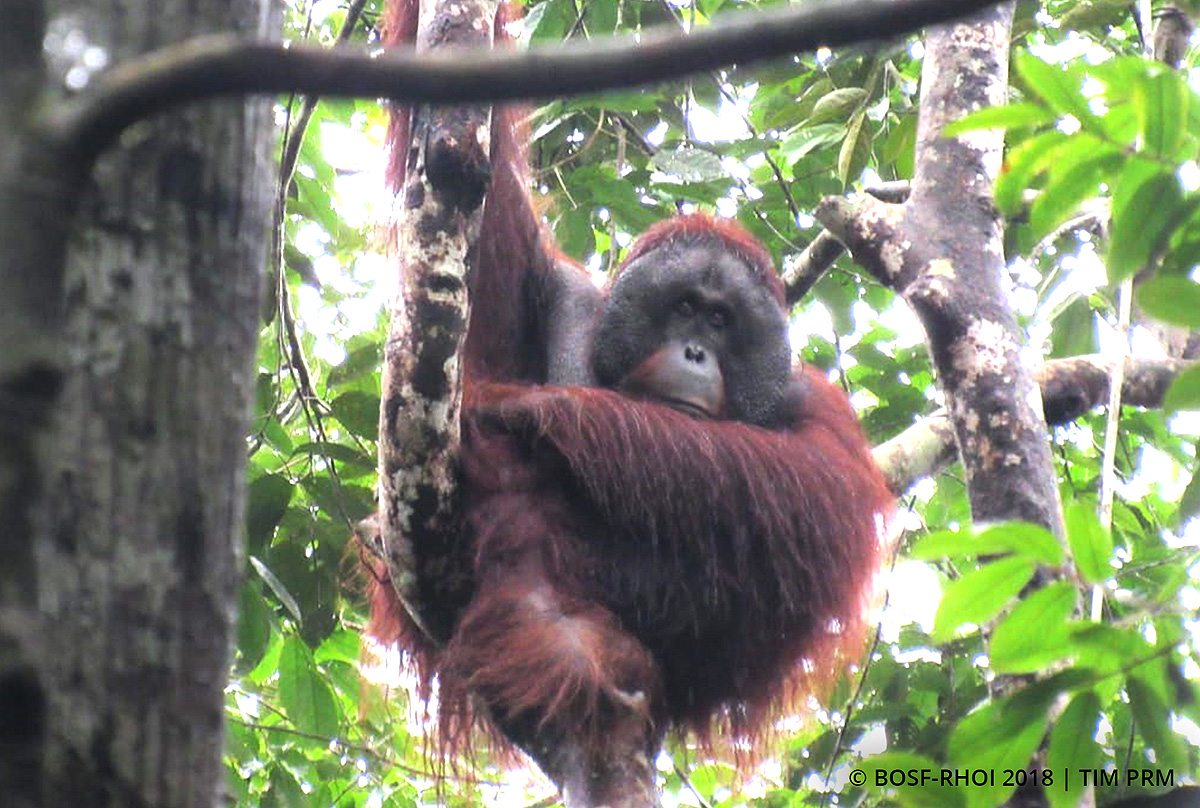 Ajeng did not seem to mind Rafli’s presence: However, Rafli, quickly objected to the team’s presence! An alert individual, Rafli spotted our team in the bushes and immediately let out a loud kiss-squeak. It was so loud, it gave the team goosebumps! Rafli’s hair stood up on end, prompting the team to move away and observe from a distance to avoid upsetting the big guy.

During careful observations, the team noticed that Rafli and Ajeng seemed to be pairing up. Rafli followed Ajeng everywhere she went, and the two shared food and occasionally held hands. Rafli seemed besotted by the beauty before him; he ate etlingera shoots without even looking at his food, eyes fixated on Ajeng.

The romantic moment soon came to an end once Ajeng started moving off in the direction of the PRM team. Rafli trailed behind after her, and upon spotting team members let out another loud kiss-squeak, forcing the team to leave the scene.

Knowing there was no way to continue the phenology survey with these two love birds around, the team decided to return to camp and leave it for another day.