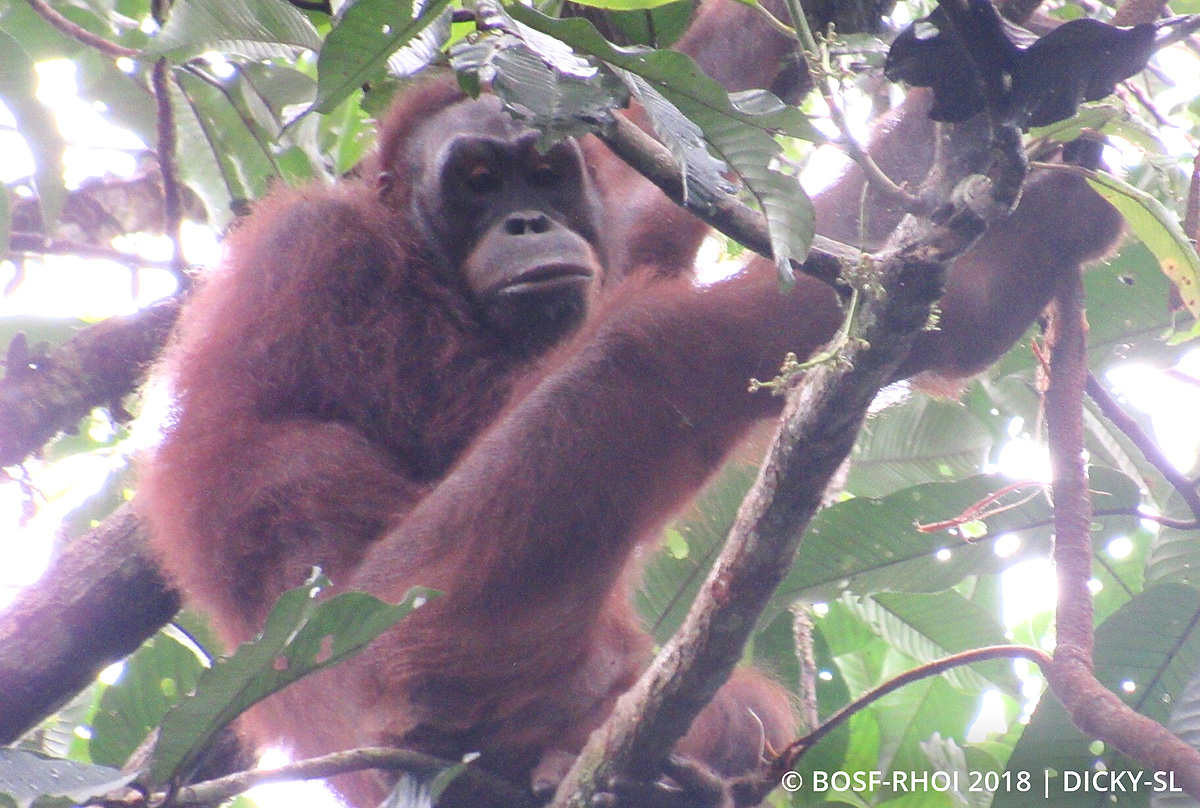 July 9, 2018 — Our post-release monitoring (PRM) team in the Kehje Sewen Forest is always excited to welcome newly-released orangutans to their working area. With the 16th release completed just two weeks ago, the team has been eagerly conducting nest-to-nest observation on the new arrivals, including Nicola, a 13-year-old female.

When her cage was opened on June 26, Nicola wasted no time and disappeared quickly into the forest. Soon after, however, the PRM team standing by found her spending time with Choki, another female released on the same day. On her first day in the forest, Nicola spent the first few hours up in the trees, mostly looking around and getting to know her new habitat. It wasn’t until the late afternoon when she started foraging and feasting on macaranga, and eventually built a night nest to rest in after her long trip. 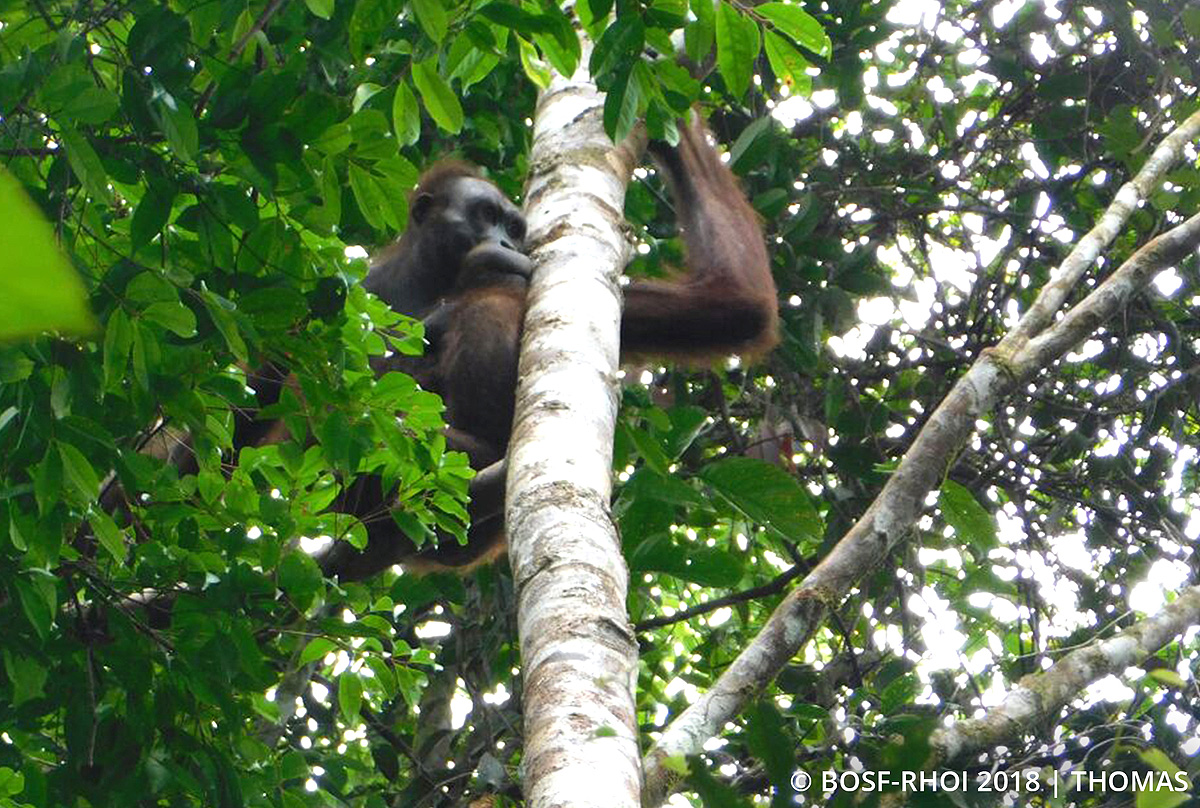 A few days later, the team observed Nicola as she began to explore deeper into the forest. She rose from her nest at around 8 a.m. and quickly headed to the nearest tree to eat a breakfast of young leaves, then climbed down to savour lianas and pluck some shoots. 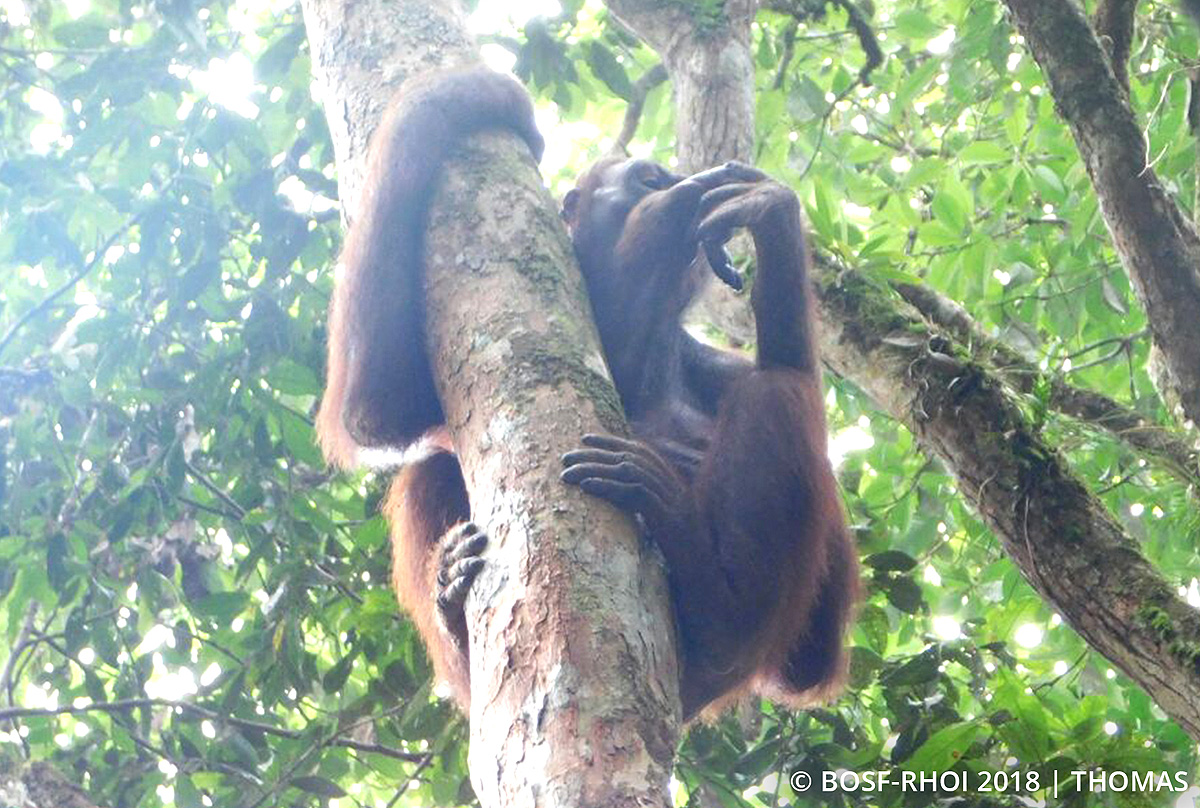 After loading up on energy for a day of adventure, Nicola disappeared behind a hill and moved swiftly through the trees, occasionally visiting the forest floor. She seemed to enjoy the total freedom of exploring this new, wild place. She moved so fast that the PRM team members – who are all accustomed to moving quickly through the forest – had to take a few short breaks to catch their breath!

They finally caught up with Nicola up on a hill, enjoying her favorite macaranga fruits. She took a break on the forest floor and was suddenly swarmed by bees! She used sticks to evade them as she quickly escaped up a tree.

At around 6 p.m., when the day grew dark, Nicola started to build her night nest. She chose a good, large tree and constructed a nest about 25 meters from the ground.

We are happy to know that Nicola is adapting well to life in the Kehje Sewen Forest. We were initially quite concerned about her vision, as she is farsighted, but it appears to not be an issue for her! She moves through the trees quickly, actively, and with ease. She forages well, builds good nests, and can defend herself when she needs to. Fantastic work so far, Nicola! Keep it up!