March 26, 2018 — One of the most challenging tasks of post-release monitoring (PRM) is ensuring released orangutans do not travel too far to the outskirts of the forest and accidentally enter human settlements. If an orangutan wanders into a village and locates food, his or her presence at that location can often lead to conflict.

Our PRM team in the Kehje Sewen Forest, East Kalimantan, recently faced this exact situation. We had received a report from Pelangsiran village that said an orangutan had been spotted near the village. We immediately sent a team to the location to follow up the report.

A team of four technicians quickly set off for Pelangsiran village, and using radio tracking equipment, they quickly discovered that the orangutan in question was Reckie. Released in April last year, Reckie was found relaxing up in a tree, but quickly fled upon seeing our technicians, who could not keep up with her! The team contacted our nearest basecamp and quickly put plans in place to coordinate an evacuation and re-release.

Plans were initially made to evacuate Reckie back in January. However, heavy torrential rain at the time caused significant landslides that blocked our transects and limited access to many parts of the forest for weeks. Finally, on 27 February, we were ready to evacuate Reckie. 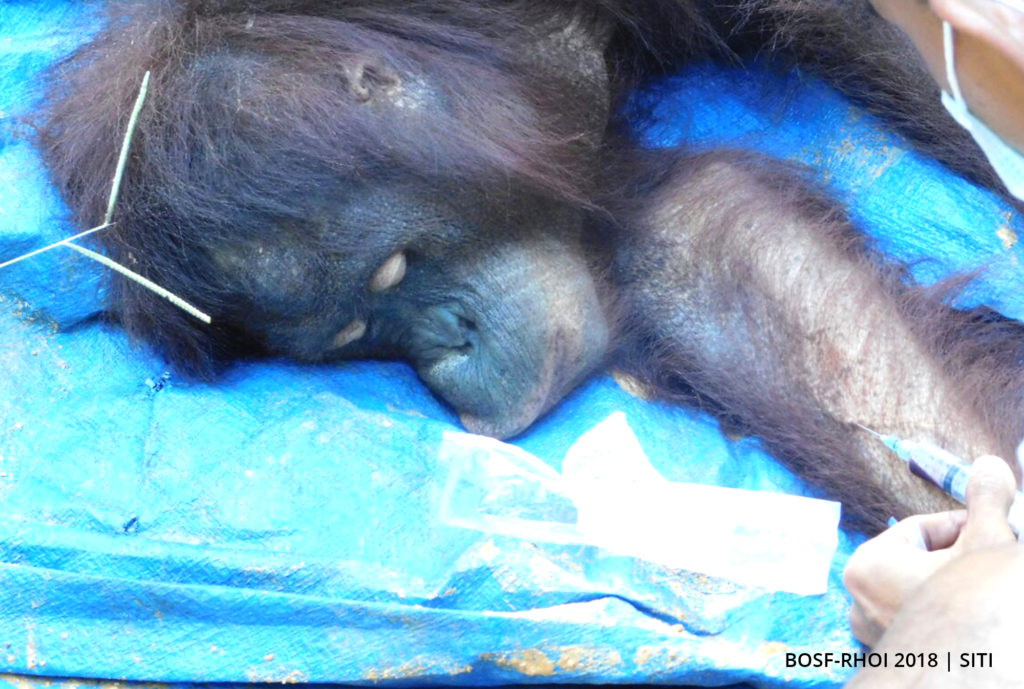 We began the evacuation process the next morning, with the assistance of 11 additional crew members: two vets, two PRM staff members, and seven technicians. After locating Reckie near her last known position, we quickly prepared a safety net before shooting at her with a tranquilizer dart. When the tranquilizer took effect, we carefully caught Reckie in a net placed under the tree she was in, then examined her before placing her in a transport cage.

Reckie was then relocated to a part of the forest far from her initial release location, and further away from human settlements. Our old, yet reliable 4×4 truck transported her from Pelangsiran village to the banks of the Telen River, where we then crossed to reach her new release location. 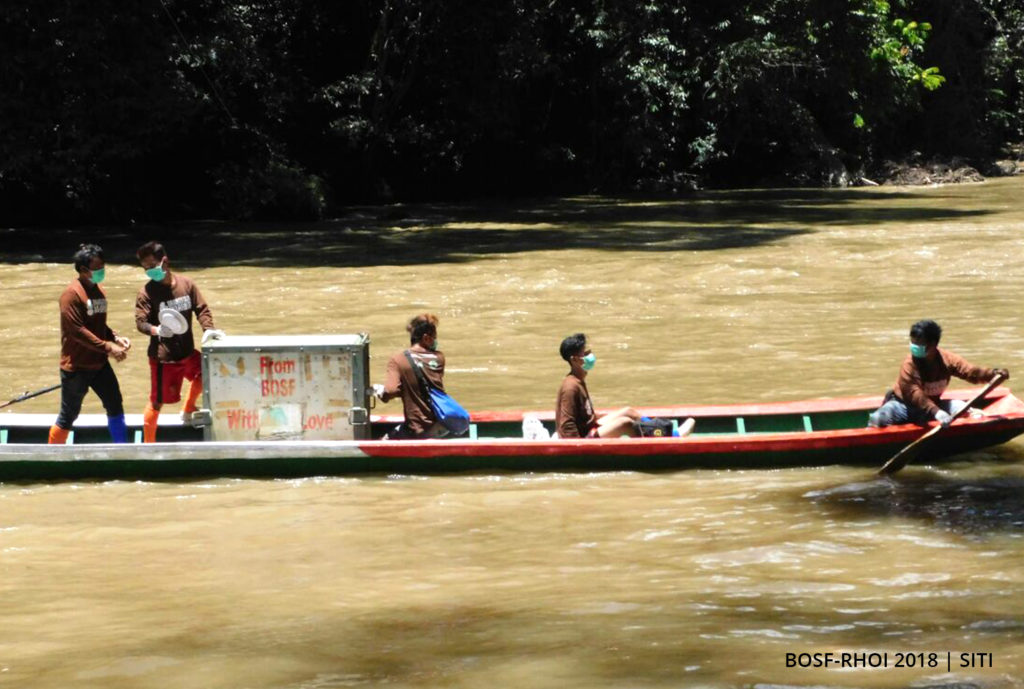 Reckie was finally re-released at around 1 p.m. local time. She clambered out of the cage the second it was opened, climbed the nearest tree, and disappeared from sight. Plenty of things could have gone wrong, but our experienced team ensured that the evacuation operation went smoothly and safely. 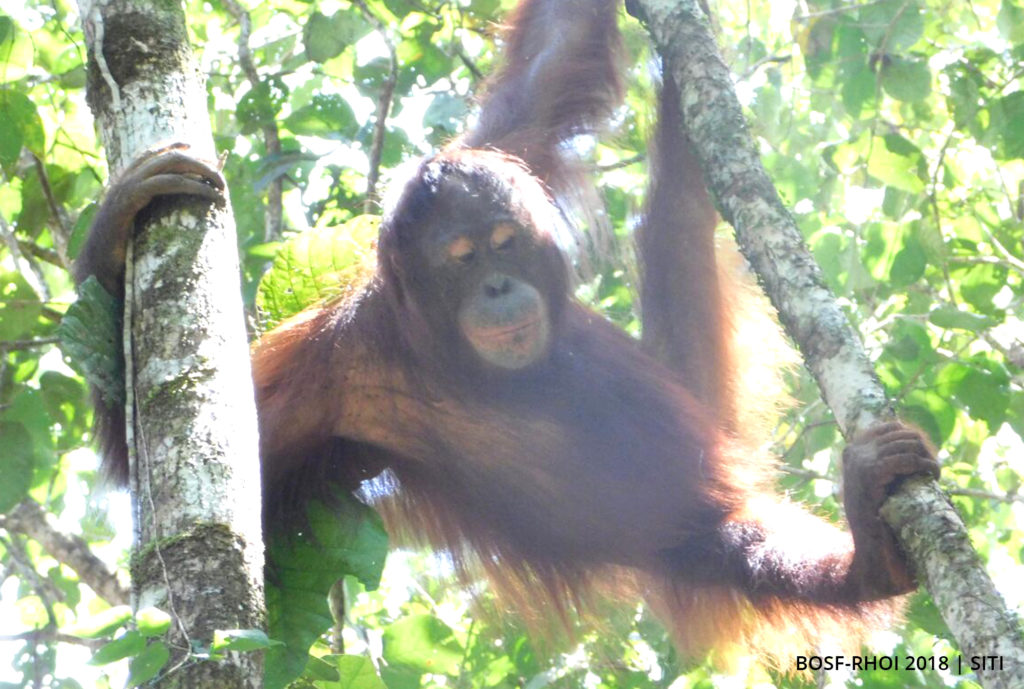 Reckie returns to the forest

The next day, we sent another team out to observe and monitor Reckie, who was seen actively foraging and moving through the trees. At the end of the day, the team headed back to camp, satisfied that Reckie seemed to be adapting well to her new forest home.

We hope Reckie feels at home here and does not make a big effort to find herself a new village to visit. Stay safe, Reckie!