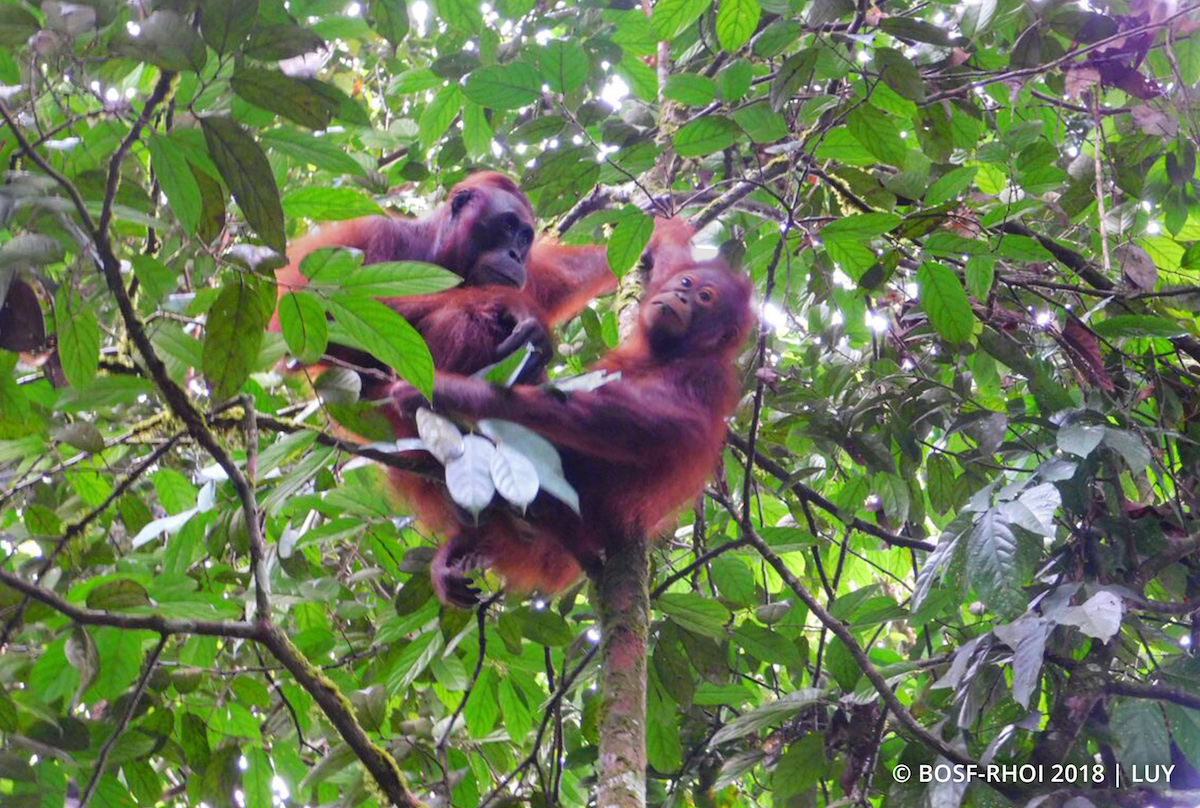 January 24, 2018 — The Post-Release Monitoring team from Nles Mamse Camp in the Kehje Sewen Forest recently set out to observe mother-infant pair Ingrid and Ivan, who were released on December 4, 2017. The team headed to the location where Ingrid and Ivan were last detected through their individual radio-tracking signals, then took a long hike uphill in the direction of their current signals. Ingrid, with young Ivan close beside her, were located in a tree at the top of the hill. The PRM team quickly began collecting data, while maintaining a safe distance to avoid disturbing the pair. 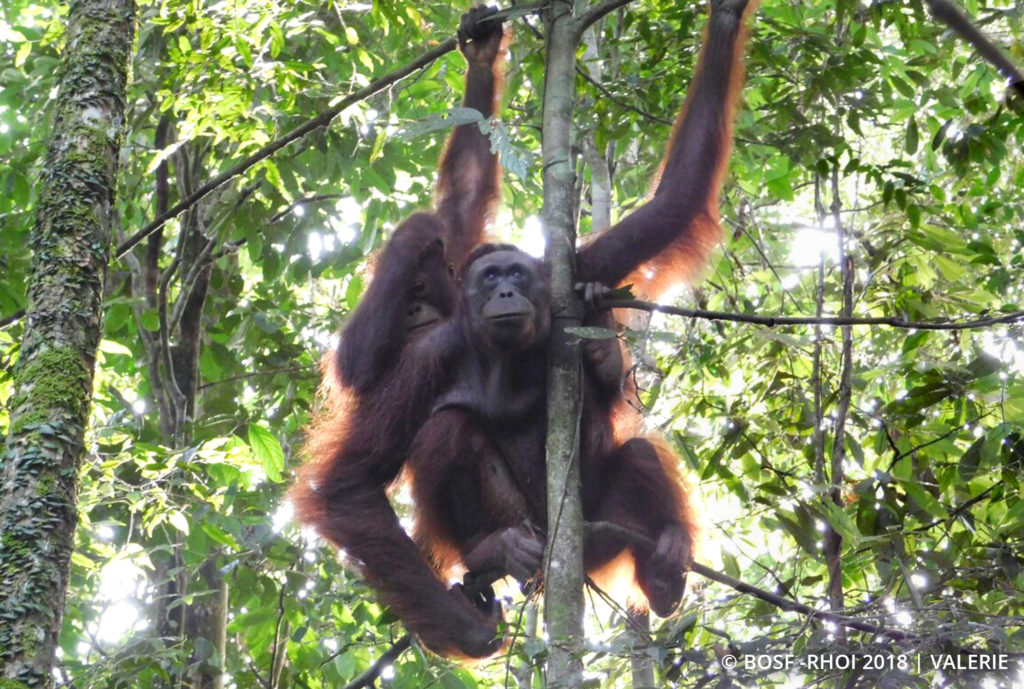 Ingrid and Ivan appeared in good health, and were observed consuming a large amount of forest fruit. Once satisfied, the two climbed down to the forest floor and searched for more food sources, including shoots, ants and termites. While they were preoccupied feeding, Angely showed up: Ingrid and Ivan didn’t seem to mind, and the three spent some time together. A short time later, Angely climbed up into the trees to continue her exploration of the forest. Ingrid and Ivan also climbed back up into the trees, and built a night nest. The two appeared to settle down for the evening, so the team finished the day’s observations and headed back to camp.

The team conducted nest-to-nest observations on Ingrid and Ivan for one whole month following their release, and have witnessed the pair thriving in the forest. Ingrid has spent most of her time eating, exploring the forest, and building nests. It is wonderful to see how quickly Ingrid has adapted to her new home.

Just like his mother, 4-year-old Ivan has embraced life in the wild. The once clingy Ivan is now more active, and will even move a safe distance from Ingrid. He no longer cries out, and is starting to find food for himself. He loves to play in the trees and is curious of the new things he finds. Often the team have heard cracking sounds above only to find that it was Ivan who was attempting to construct a nest. He is learning new skills quickly; which is the positive sign we always hope to see in reintroduced orangutans. 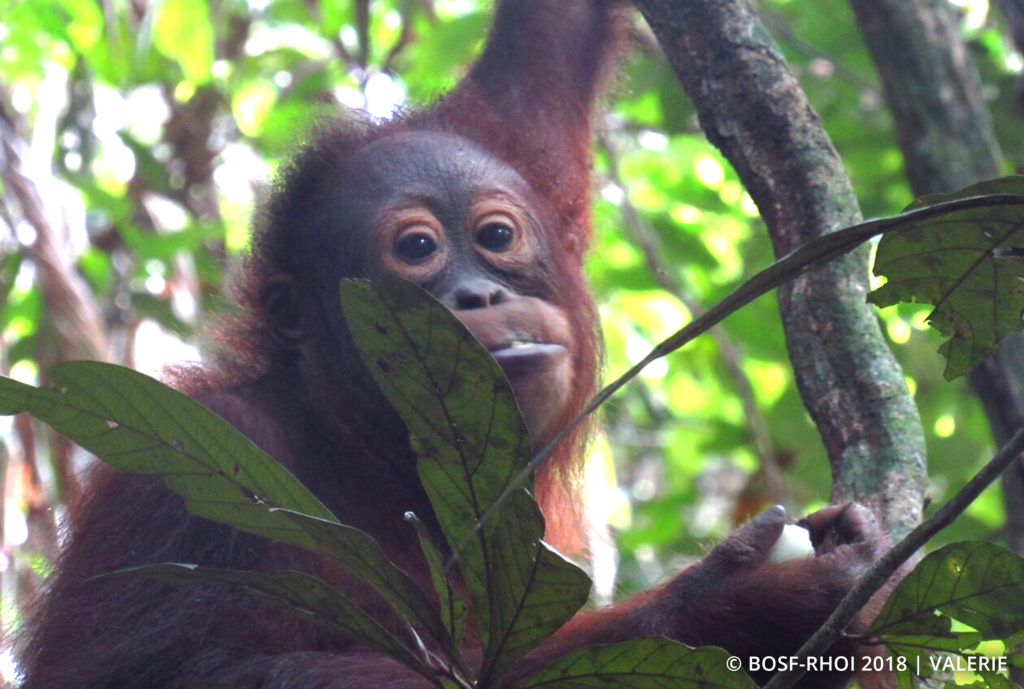 Ivan eats the forest fruits he found for himself

We are delighted to see Ingrid and Ivan thriving in the wild. We will continue to monitor their progress, to ensure they remain happy and healthy in their new home.