BOS: The King of Kehje Sewen Makes an Appearance 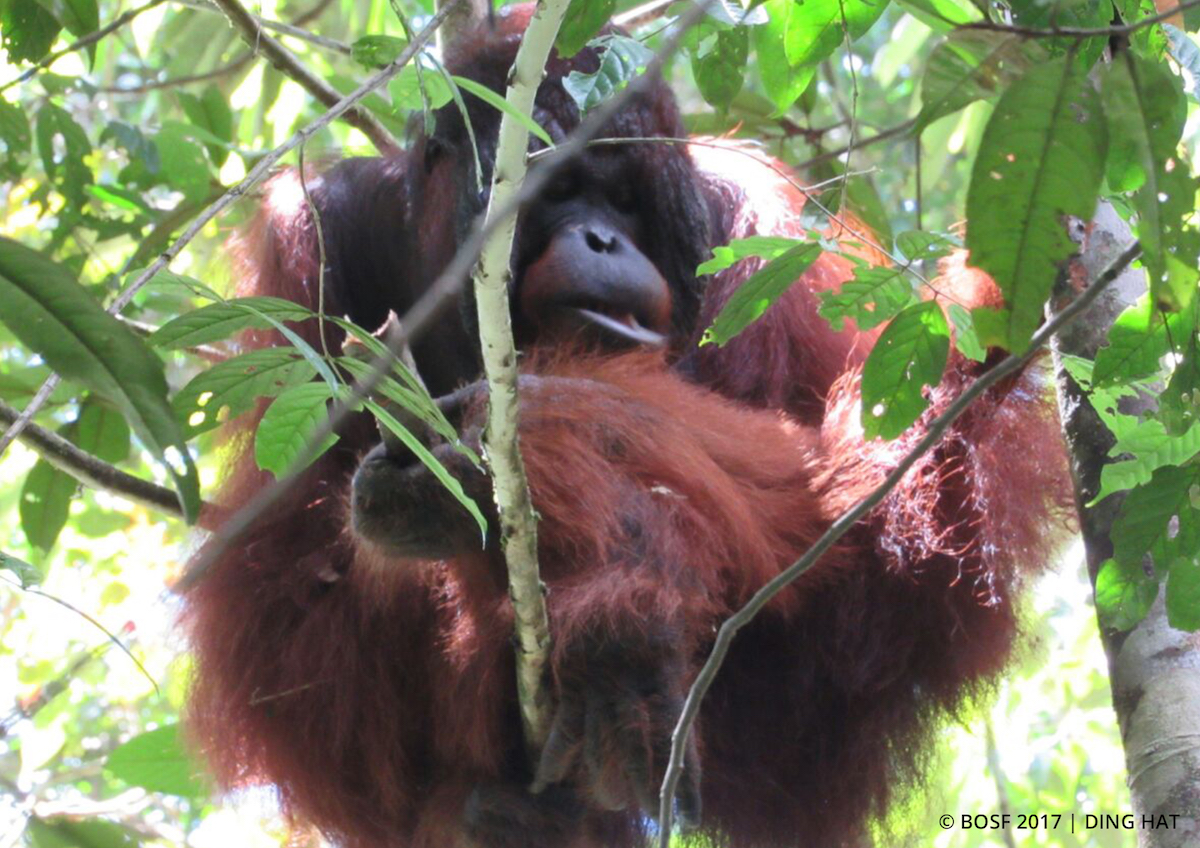 November 29, 2017 — The BOS Post Release Monitoring (PRM) team to the south of Camp Nies Mamse was recently delighted to pick up Kumar's radio tracking signal! The team was busily conducting post-release monitoring in the Simpang Tawon area of the Kehje Sewen Forest, when Kumar's signal suddenly popped up. So the next day, they set off toward the last point where his signal was detected: They could not pass up this golden opportunity to gather observation data on the "King of the Forest", who had gone undetected for quite some time.

Kumar is a cheek-padded male who was released in July 2017. His cheekpads are the widest of all the males released and he was also the oldest male upon release, 23 years old. This is why we consider him as the King of the Forest. His radio tracking signal was last picked up two months after his release (read the story here), and his explorations deep into the forest made him difficult to locate.

The PRM team eagerly followed Kumar's signal, which led them to the Tanjakan Kandang area. From there, the reading became stronger and the team were sensitive to every small movement in the trees, as they anticipated the King's appearance. As Kumar is known for disliking human presence, the team remained vigilant, aware that he could show up at any second. Then came the sound of branches breaking, and a team member saw a large branch come down nearby. Kumar appeared, standing confidently on a branch like a king staring down at his subjects. The team quickly took some photos of Kumar and started jotting down observation notes from a safe distance. 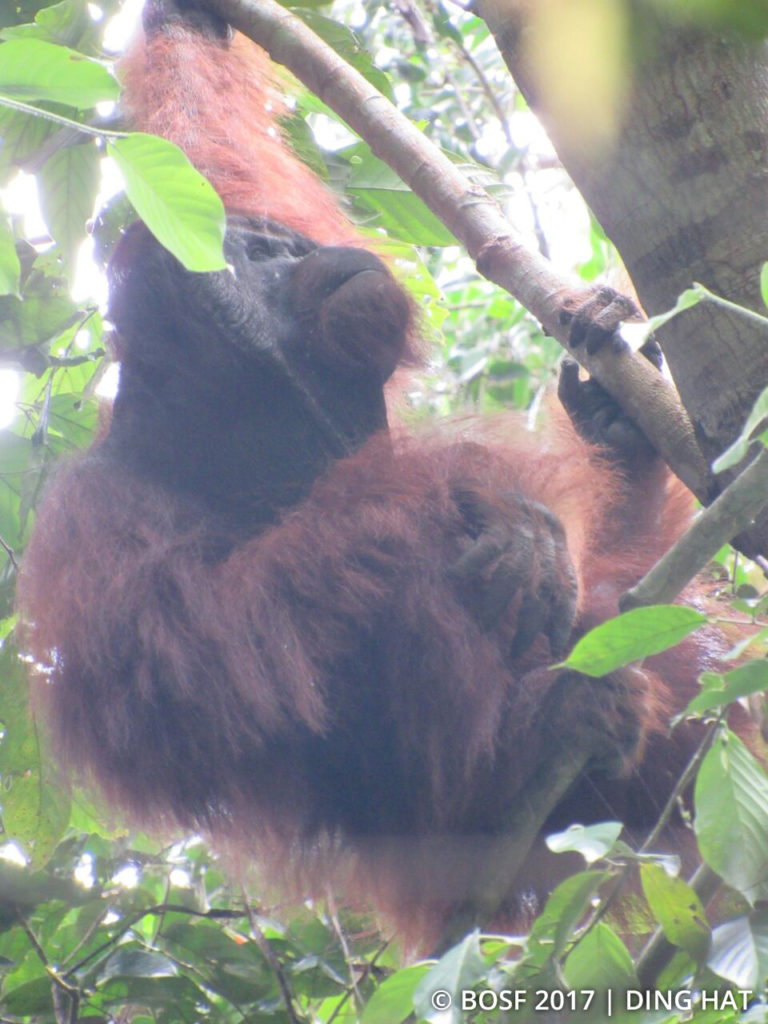 Kumar was observed for a week. He is in good physical condition and has a healthy appetite. He stays high up in the canopy, and builds his night nests and day nests in different trees. He has sound nest-building skills, and always builds a new night nest in a different tree from the previous night. Kumar is an excellent forager and was observed eating a variety of forest foods, but he especially likes ficus fruits and liana bark, both of which are plentiful in the forest. Like a king boldly marking his territory, Kumar kiss-squeaked at his uninvited visitors and also made long-calls and replies to other orangutans' long-calls during observations.