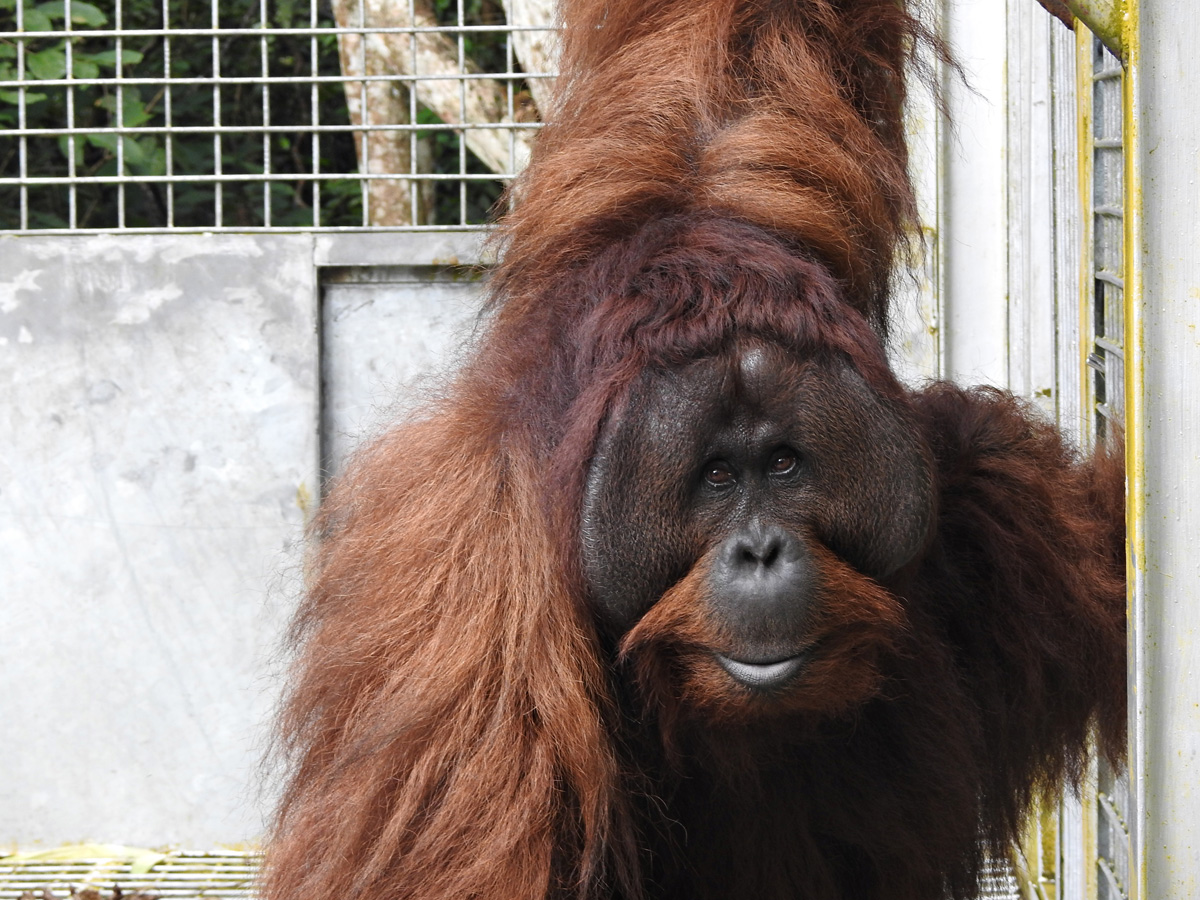 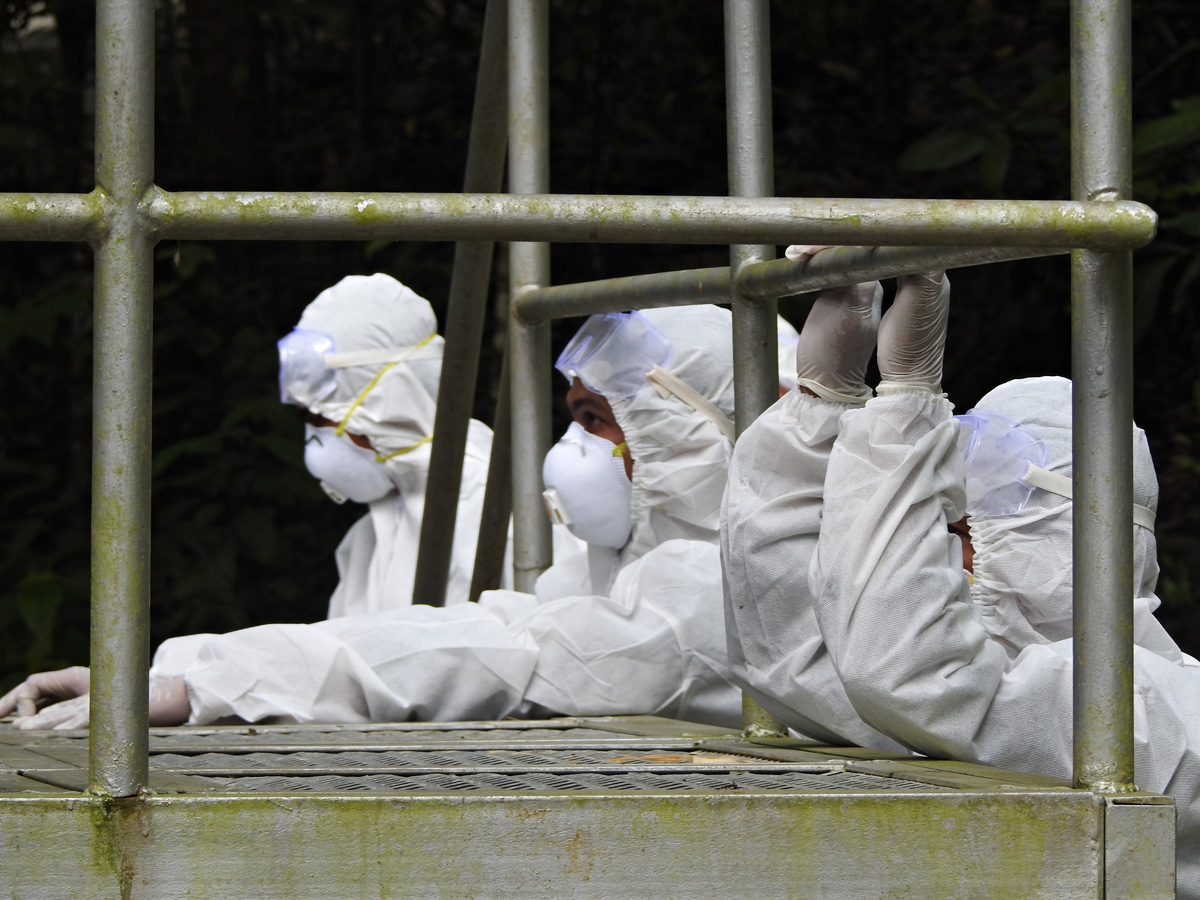 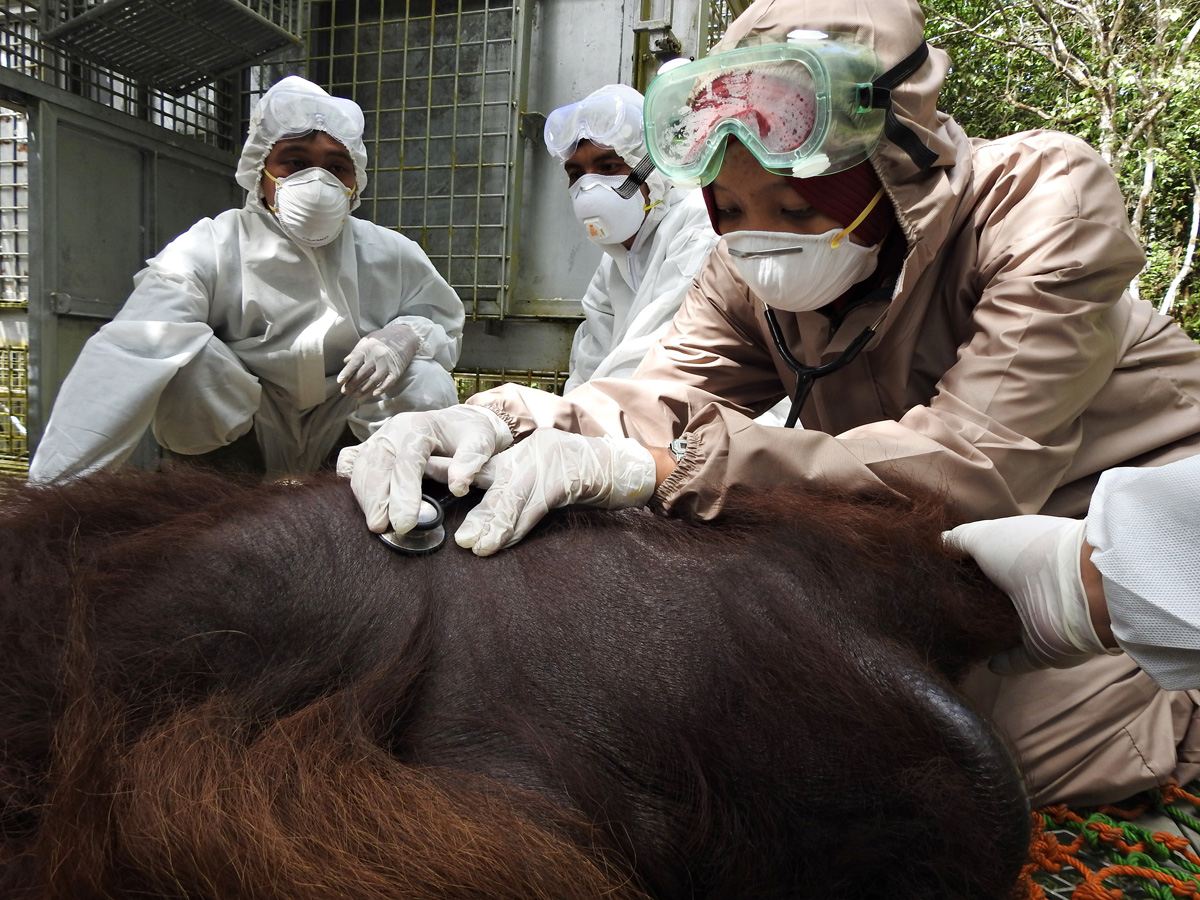 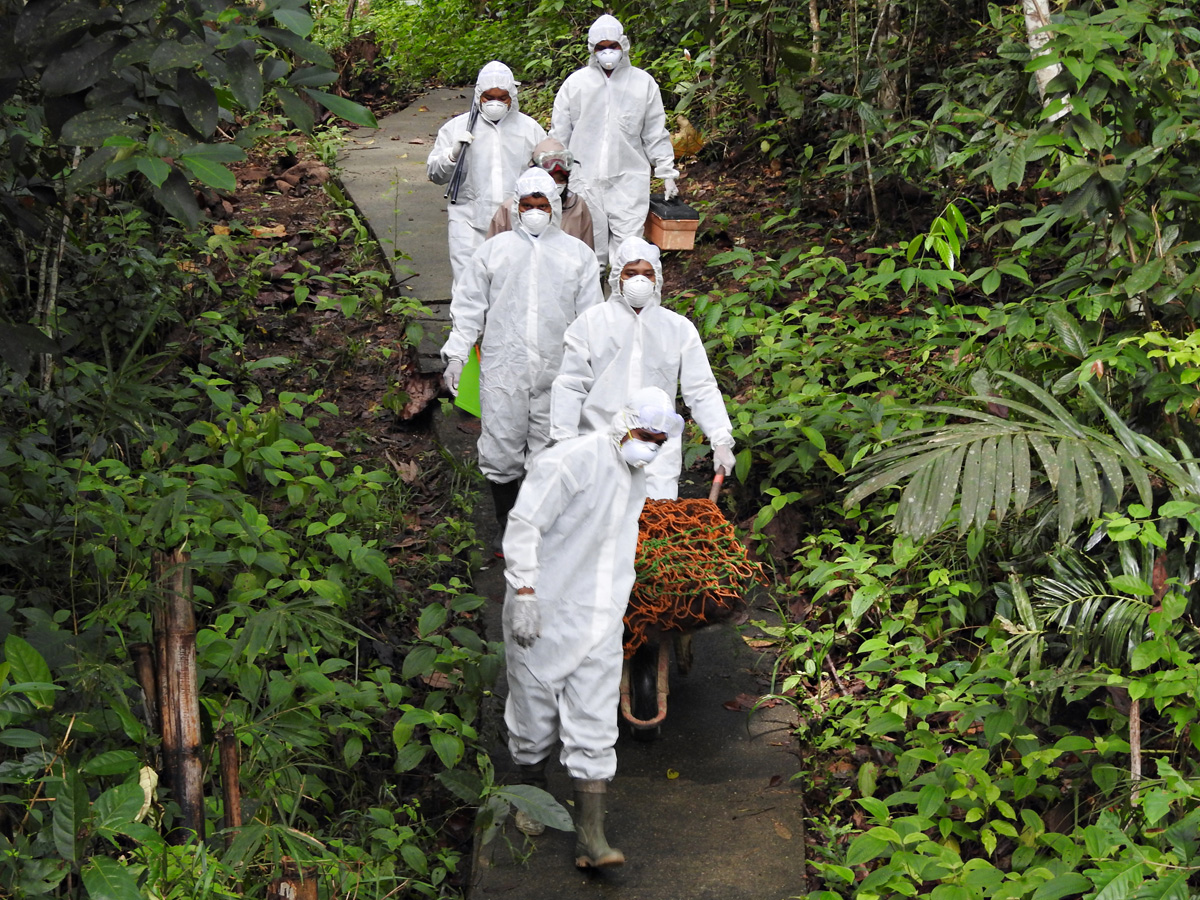 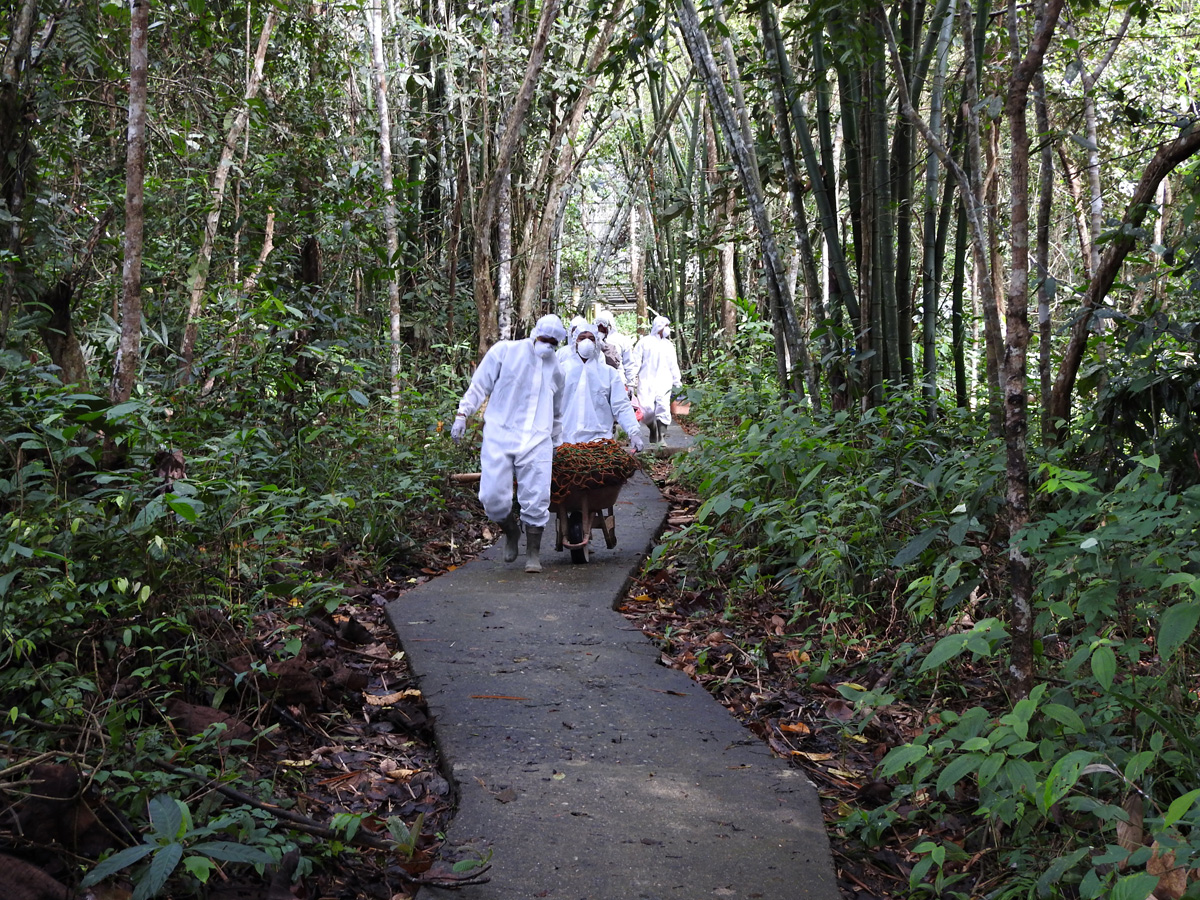 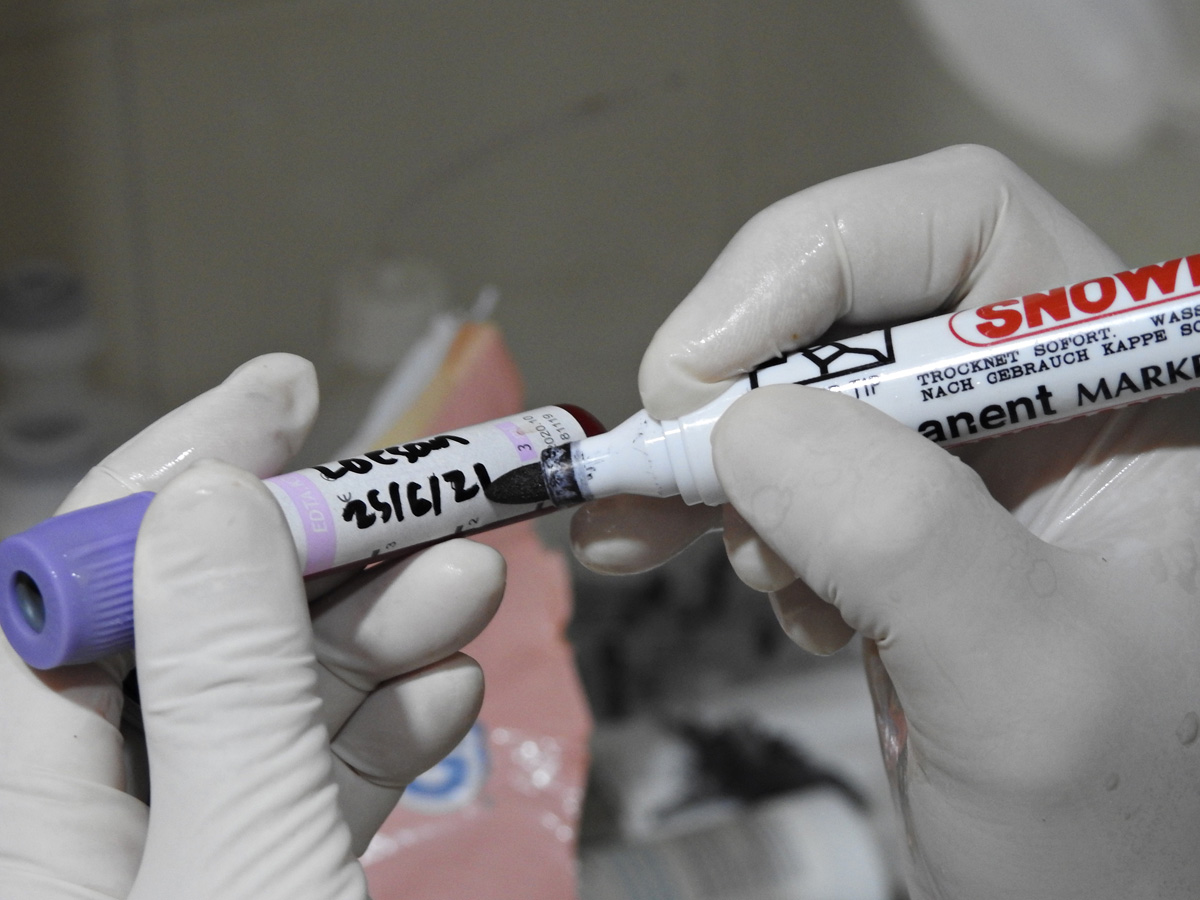 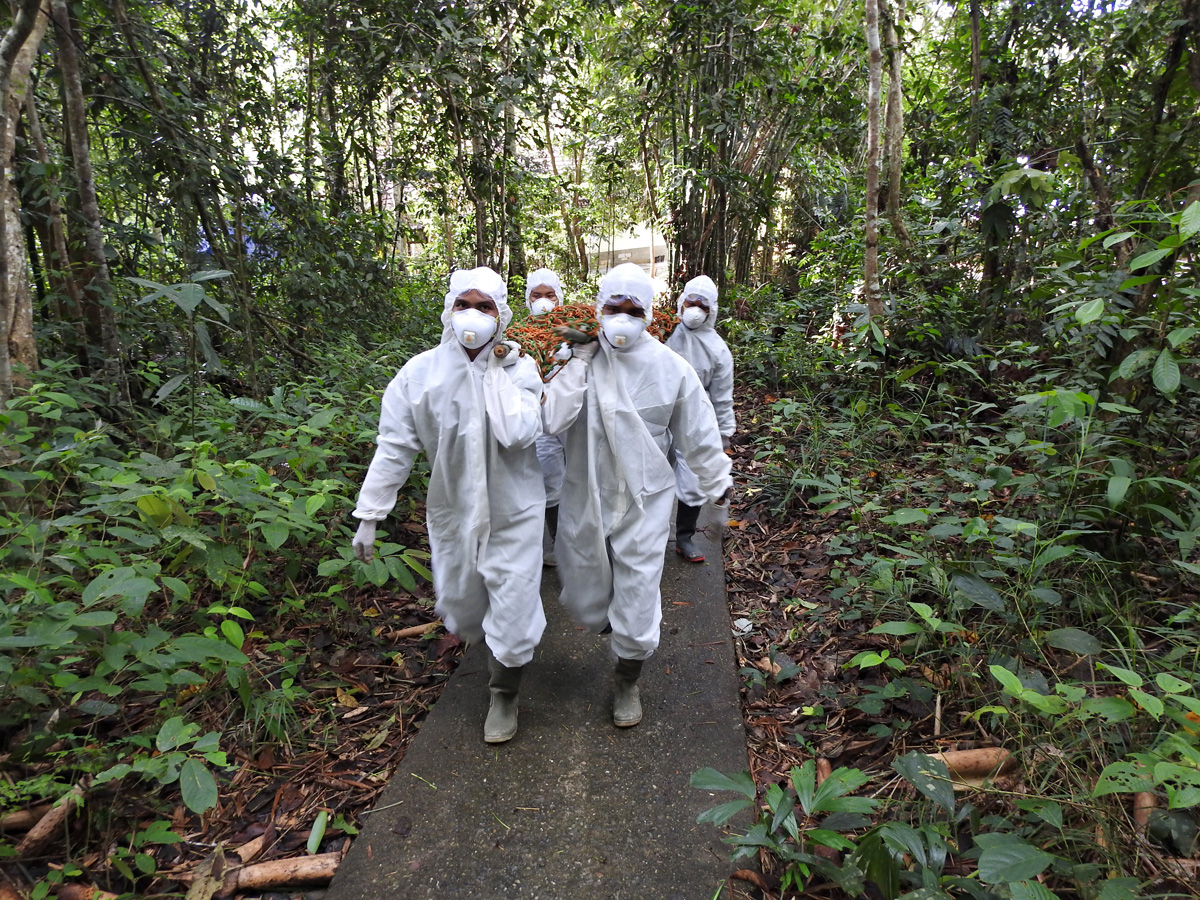 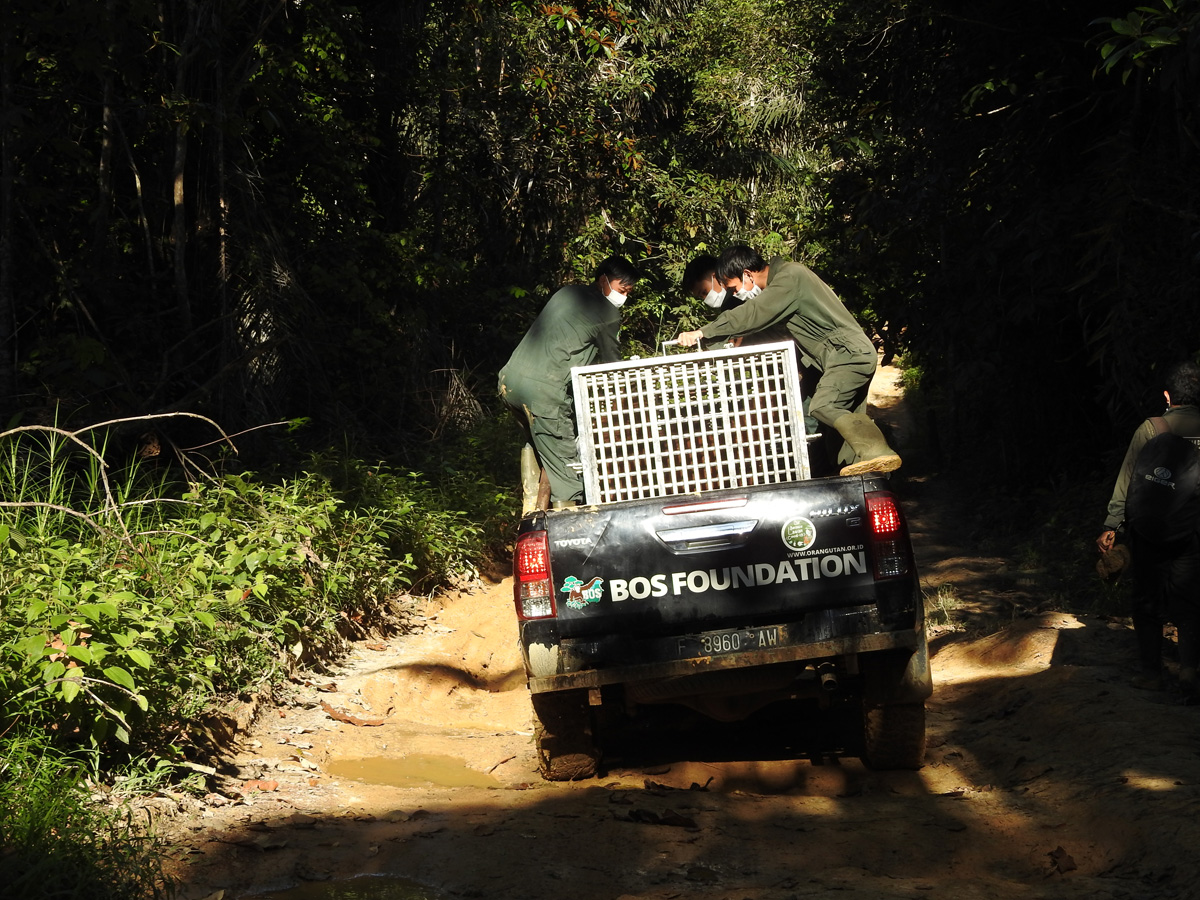 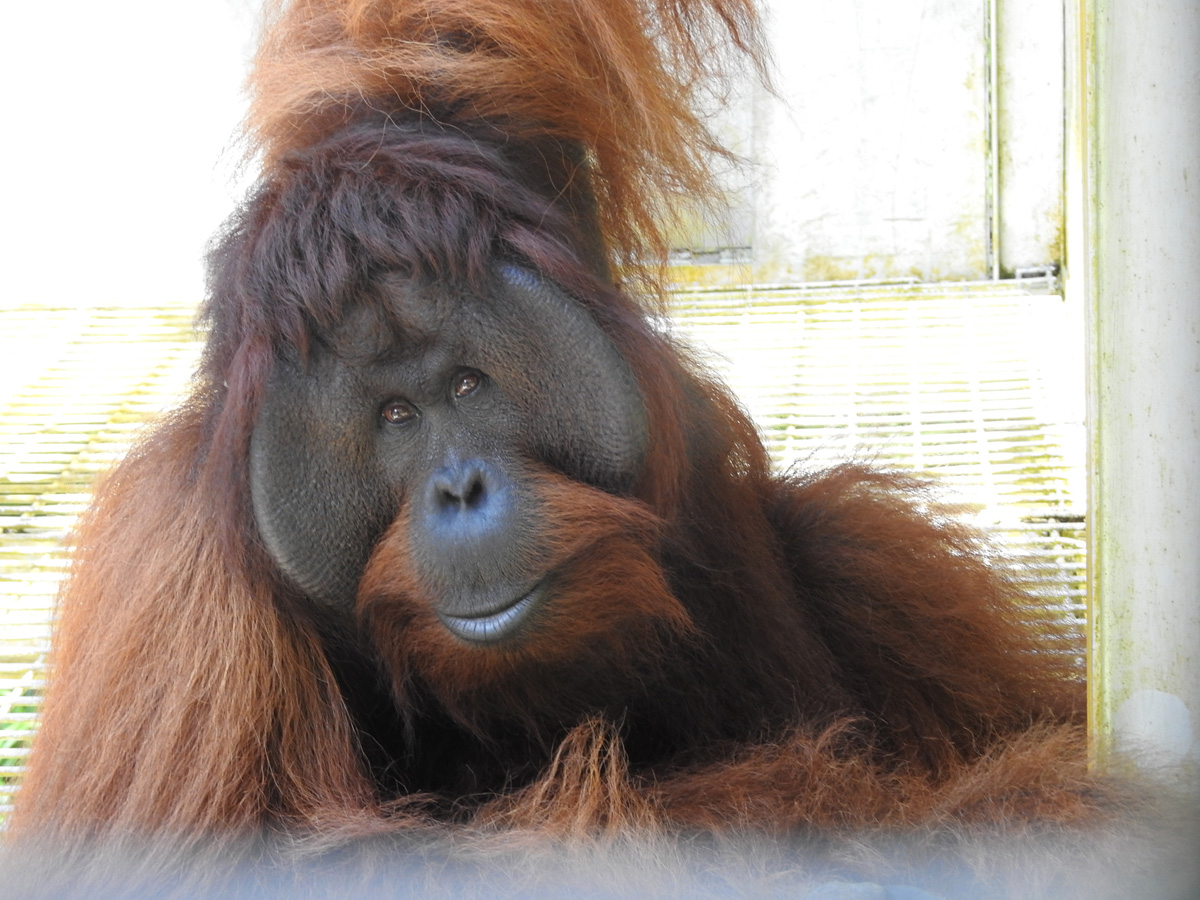 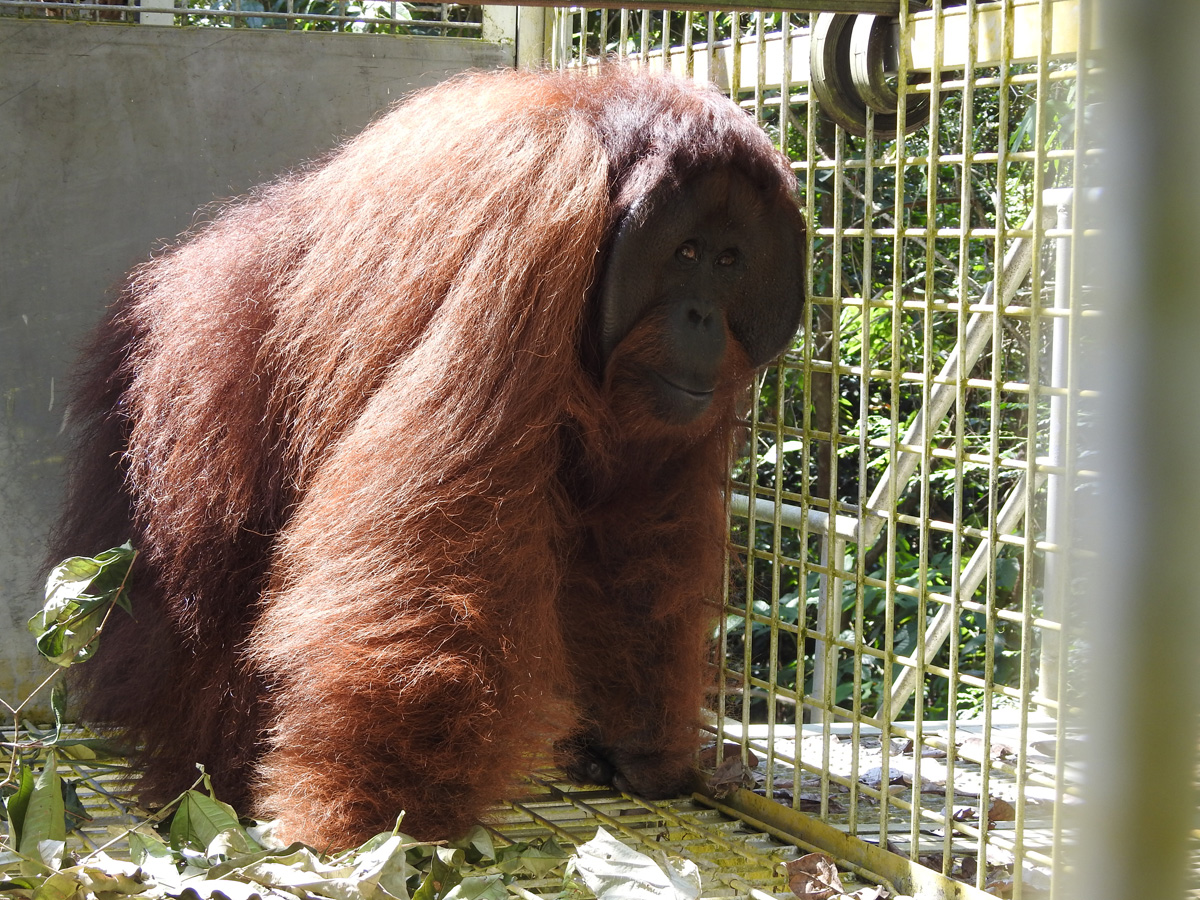 Orangutans who are driven out of their habitat due to the clearing of forests for human development will look for food elsewhere. This can present a problem if the orangutan enters a residential area, as happened on 6 June, when the East Kalimantan Natural Resources Conservation Agency (BKSDA) received a report regarding the presence of a male orangutan in Loesan Village, East Kalimantan. A joint team made up of the BKSDA’s wildlife rescue squad and the BOS Foundation rushed to the village, located in Paser Regency’s Koman sub-district, in East Kalimantan, to rescue the orangutan.

Prior to the rescue mission, news about this orangutan had spread widely on social media via a video which featured an adult orangutan being fed by a resident of Loesan village. The resident was giving the orangutan bananas, jackfruit, and canned milk. This was a rather odd scenario, as orangutans usually avoid direct contact with people. Furthermore, wild animals should not be fed human food, which is vastly different from their natural food sources, hence we needed to rescue the orangutan as soon as possible.

Assisted by Muhtadin Wahyu, a veterinarian from the Samboja Lestari Orangutan Rehabilitation Centre, the team prepared the required anaesthesia and managed to catch the orangutan in the afternoon. Muhtadin was able to perform a quick check on the orangutan before he was moved away from the village.

From this brief examination, Muhtadin found that the orangutan had a misshapen left index finger and a subcutaneously implanted Trovan microchip. A dental examination revealed that Loesan, the temporary name given to this orangutan, was approximately 20 years old. The joint team immediately took Loesan to Samboja Lestari for further examination.

A few days later, after we assessed that he was in a stable condition, the veterinary team conducted a more thorough examination to obtain more data on Loesan. After determining that he weighed 69 kilograms, the medical team performed nasal and oropharynx swab tests, a rectal swab, X-rays, and a dental examination, as well as took samples of his blood, sputum, hair, DNA, and fingerprints. Loesan was also administered deworming medication. All tests and samples taken indicated that this orangutan was in good health.

One particularly interesting finding was the analysis of the microchip in his body, which was implanted underneath his skin. This indicated that Loesan had undergone rehabilitation at some point in the past. This type of microchip can be read using a special scanner and after we checked our inventory data for Samboja Lestari. It was then that we discovered that ‘Loesan’ was in fact Uli, who was rescued from Palangka Raya, Central Kalimantan, and taken to Wanariset - our old orangutan rehabiliation centre - in East Kalimantan, on 6 February 1998. Our data also showed that Uli was released to the wild at a very young age, on 9 September 1999, in the Meratus Mountain Protection Forest. Now, Loesan, a.k.a Uli, is approximately 24 years old and has survived independently of humans for over 20 years!

After completing this more thorough examination, Uli was returned to Socialisation Cage C. Over the next few months, he will undergo a period of quarantine before hopefully being transferred to a pre-release island in anticipation of an eventual return to the wild, far from any human settlements.

How exciting that this newly rescued orangutan turned out to be an old face after all!