BOSF: Josta and Hanung: A Love Nest for Two 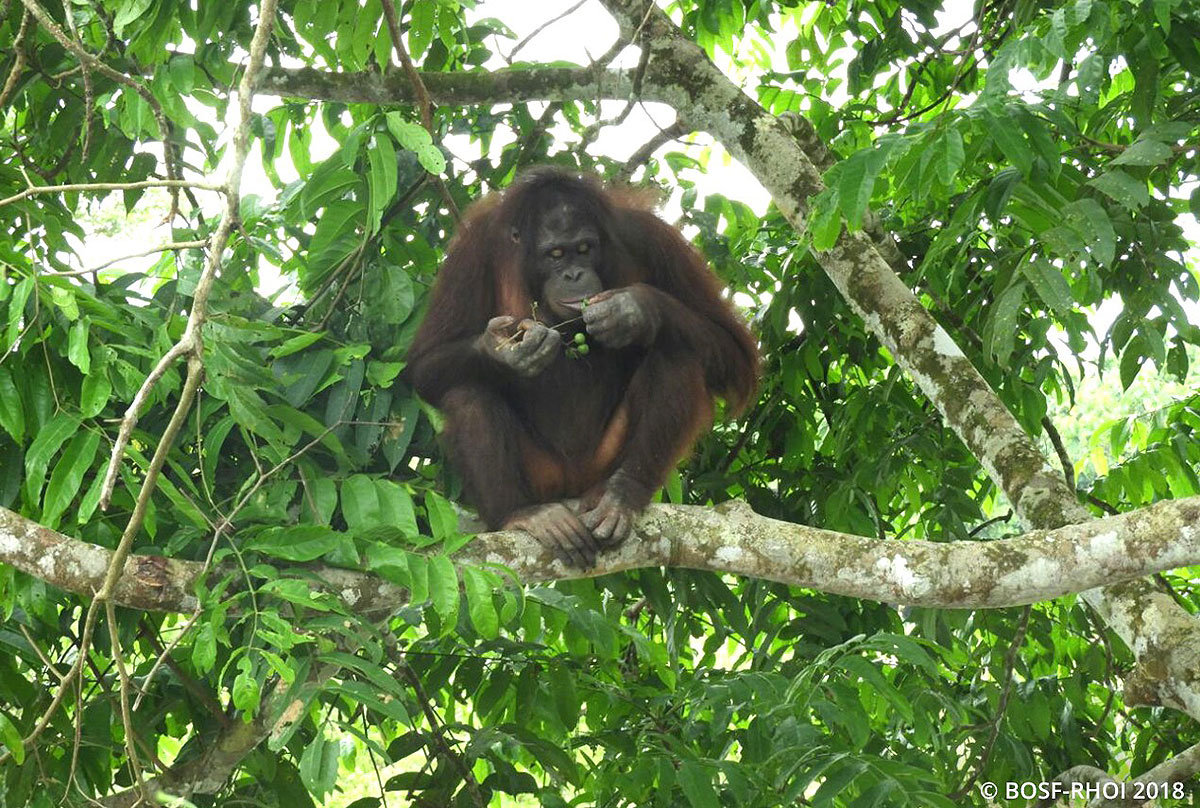 October 15, 2018 — One bright morning in the Kehje Sewen Forest, our post-release monitoring (PRM) team members from Nles Mamse Camp were out on a regular patrol when they encountered Hanung, a male orangutan who was released in December 2015.

The team spotted Hanung with Josta, a female who was released in August this year. Witnessing the two spend time together was like watching an orangutan love story unfold! Josta, the newcomer, appeared to be totally drawn in by Hanung’s charisma. As cool as a cucumber, Hanung showed his mutual interest by letting Josta sit next to him. 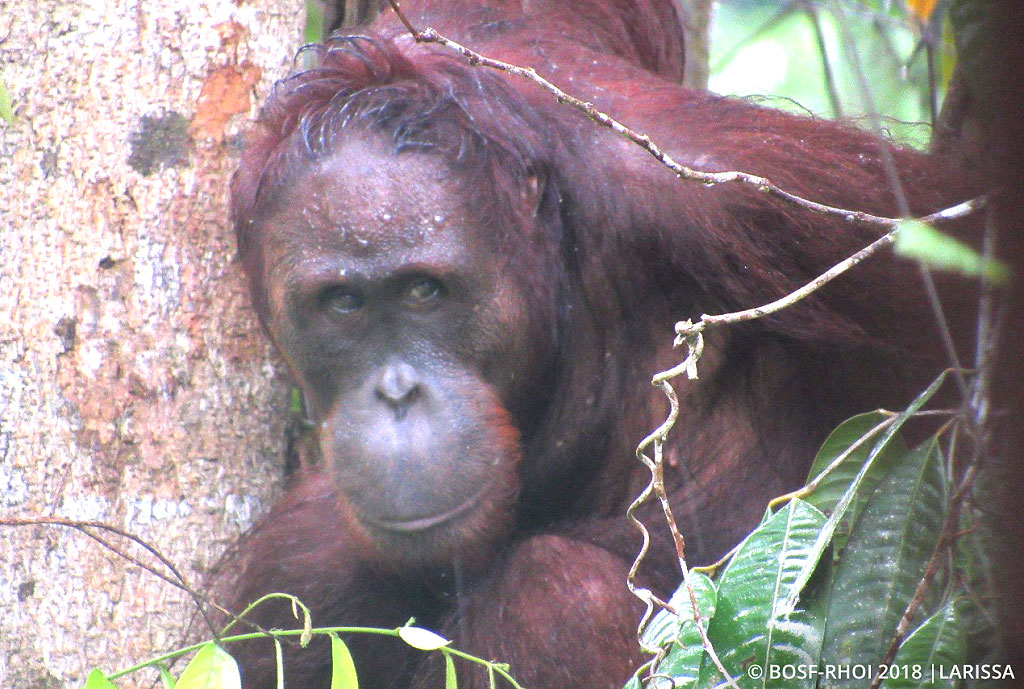 During observations, Josta was seen following Hanung wherever he went. The two explored the forest together, ate from the same trees and, at times, even shared food; Hanung and Josta were clearly attracted to one other. 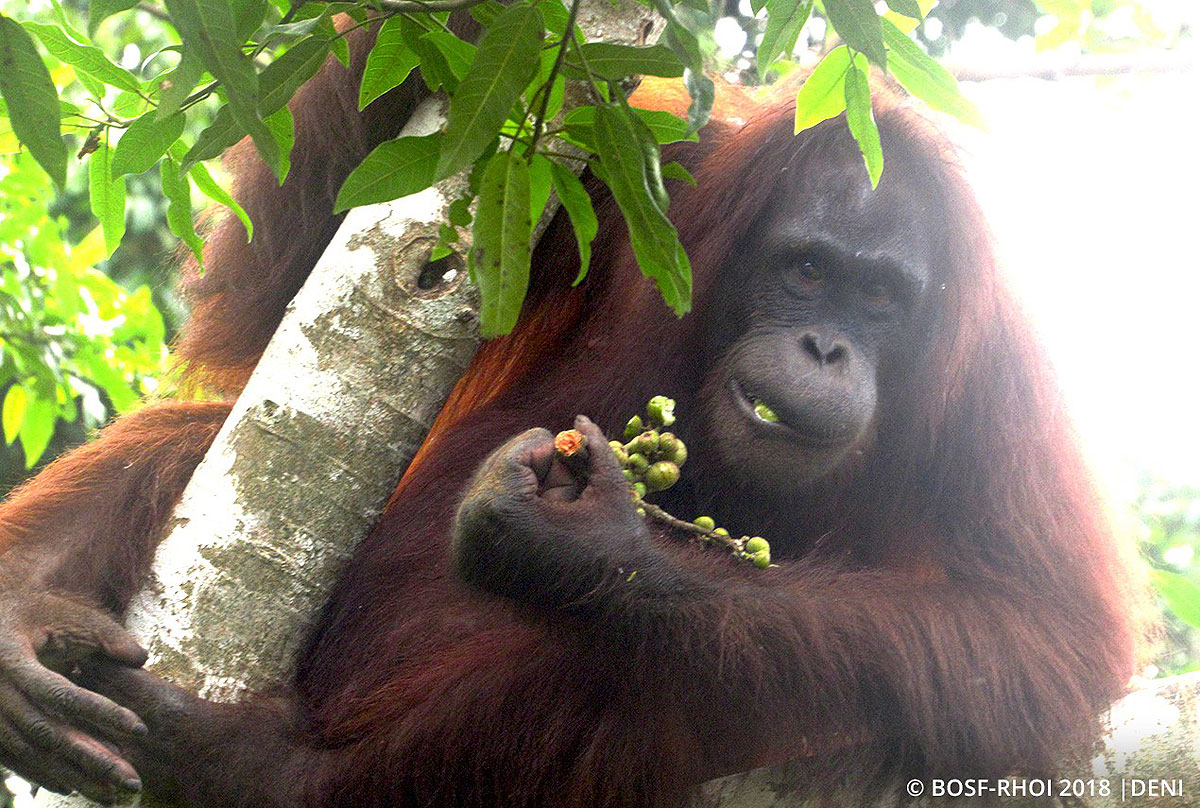 Over the course of the day, interaction between the two became more intense, and in the late afternoon, Hanung built a nest in which they later copulated. Shortly after their intimate moment, Josta and Hanung left the nest to forage and eat macarangan fruits for the rest of the afternoon. The team completed observations and data for the day and headed back to camp.

We cannot predict if Hanung and Josta will stay together following this encounter. However, we will definitely keep an eye on this pair, and hope to bump into them again in the near future!