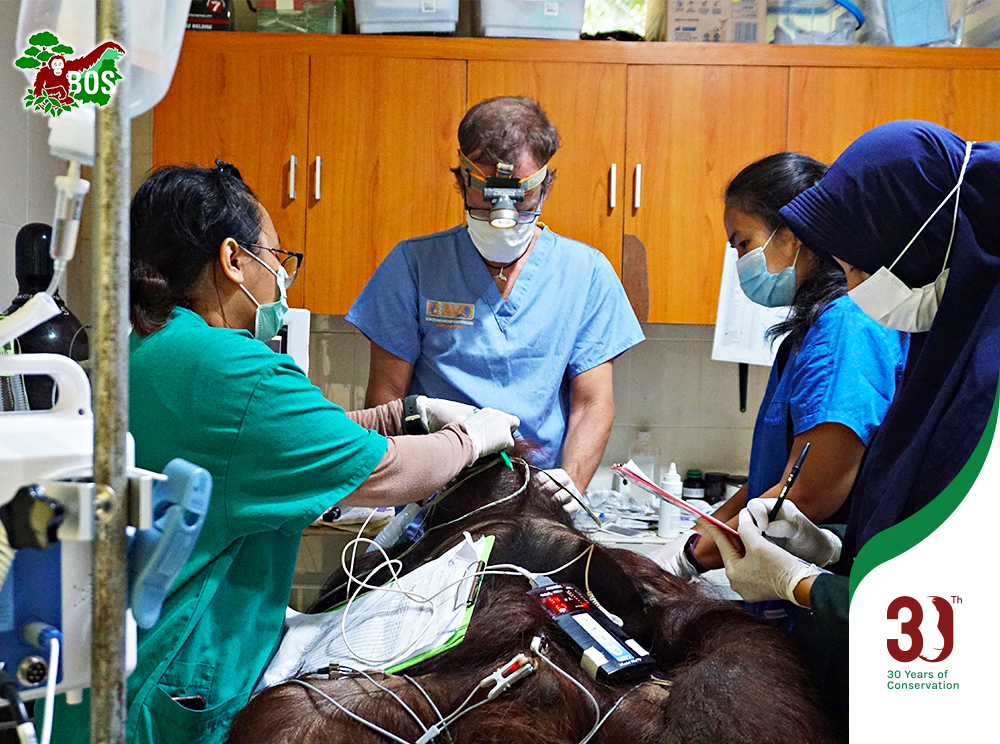 Most of the orangutans that end up at our rehabilitation centers arrive in poor health, with some even suffering from severe diseases or disorders that require special care or treatment.

This was the case with Jeje, a male orangutan who we care for at the Samboja Lestari Orangutan Rehabilitation Centre in East Kalimantan. Jeje was handed over to the BOS Foundation when he was estimated to be about 5 years old, by the Tenggarong Natural Resources Conservation Office (BKSDA) of East Kalimantan. This was after their wildlife rescue team had confiscated him from a village in the Barong Tongkok district, West Kutai, East Kalimantan. A villager had reportedly kept Jeje from the time he was an infant. This meant that Jeje's rehabilitation process would be difficult, since he had lived in captivity for a long time.

Jeje arrived at Samboja Lestari on 9 September 2016 and, upon arrival, we immediately noticed that Jeje's left eye did not look normal. Further analysis by our veterinary team determined that Jeje's eyeball had been previously damaged by a sharp object. This could cause serious and long-term problems for Jeje.

After completing quarantine, Jeje was placed in Forest School Group 1, where we discovered he was considerably slower at picking up new skills compared to his peers. He was also shy and didn't socialize much with other orangutans, nor did he appear to enjoy the attention of technicians or surrogate mothers. There were times when he even showed aggression towards technicians. Jeje did like to explore the forest, but preferred to do so on the ground.

In March 2020, Jeje was transferred to Socialization Cage C after being diagnosed with ORDS (Orangutan Respiratory Disease Syndrome), a unique disorder - usually caused by a bacterial infection - that affects the orangutan respiratory system. In some cases, this disorder can be fatal. After four months of treatment, Jeje was moved to an individual enclosure alongside a number of other ORDS-affected orangutans.

After being placed in the individual enclosure, Jeje seemed to calm down and stopped displaying aggressive behavior. He preferred to remain silent and observe his surroundings, while waiting for technicians to bring him food and enrichment. 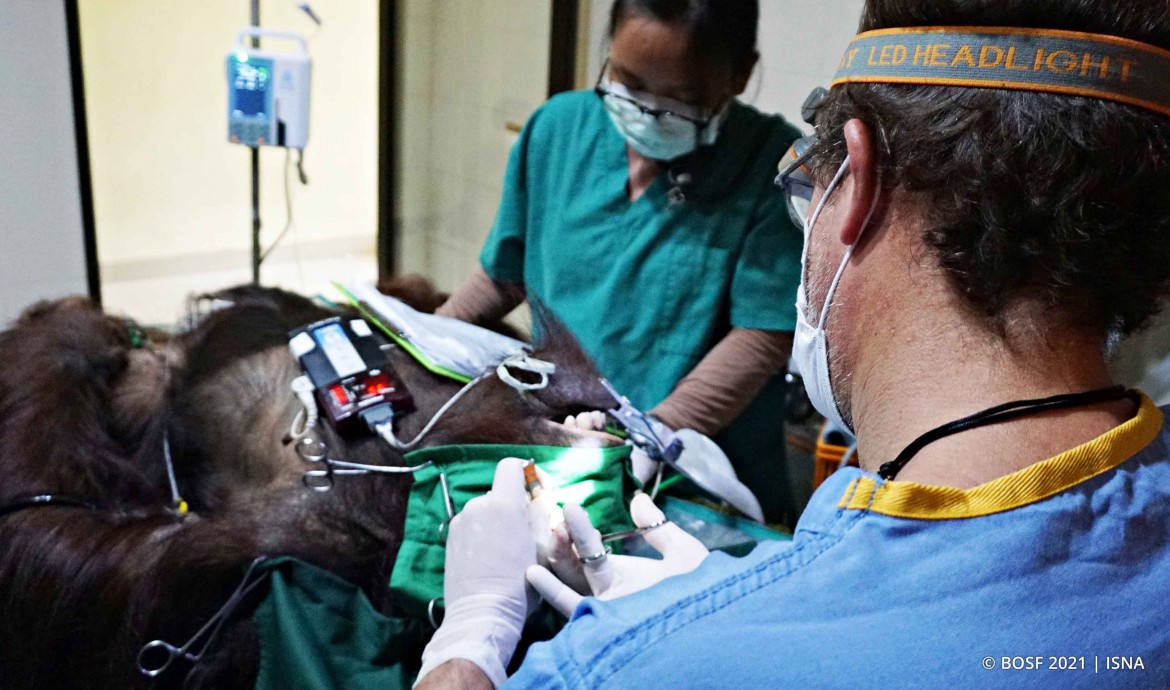 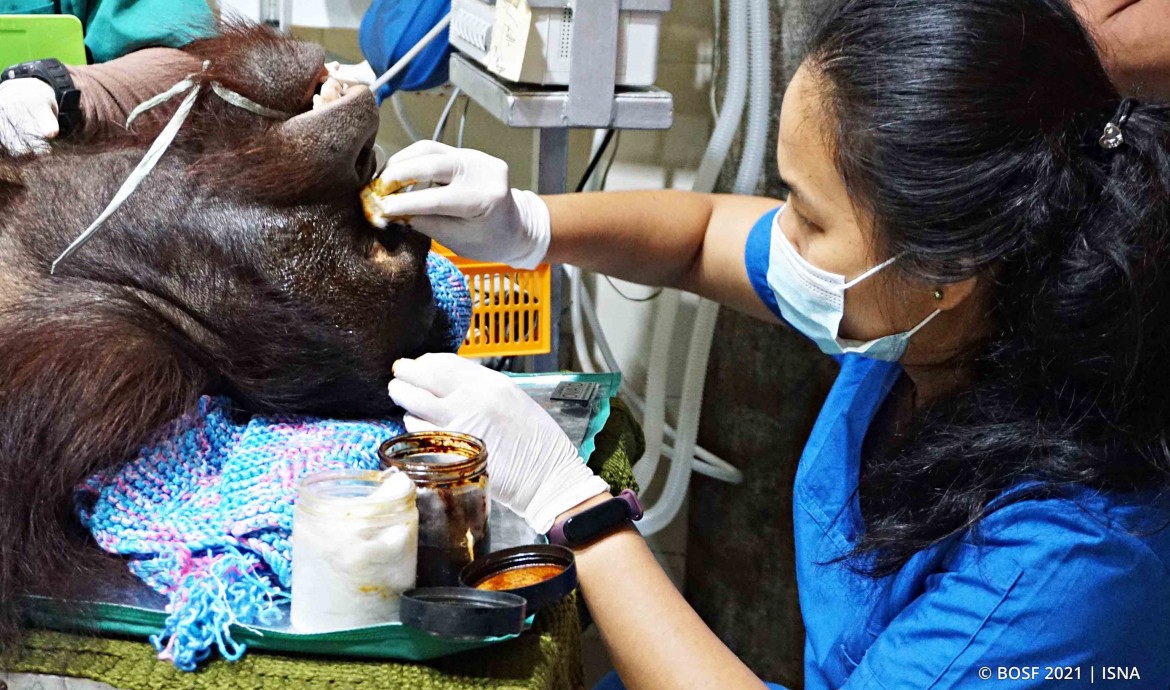 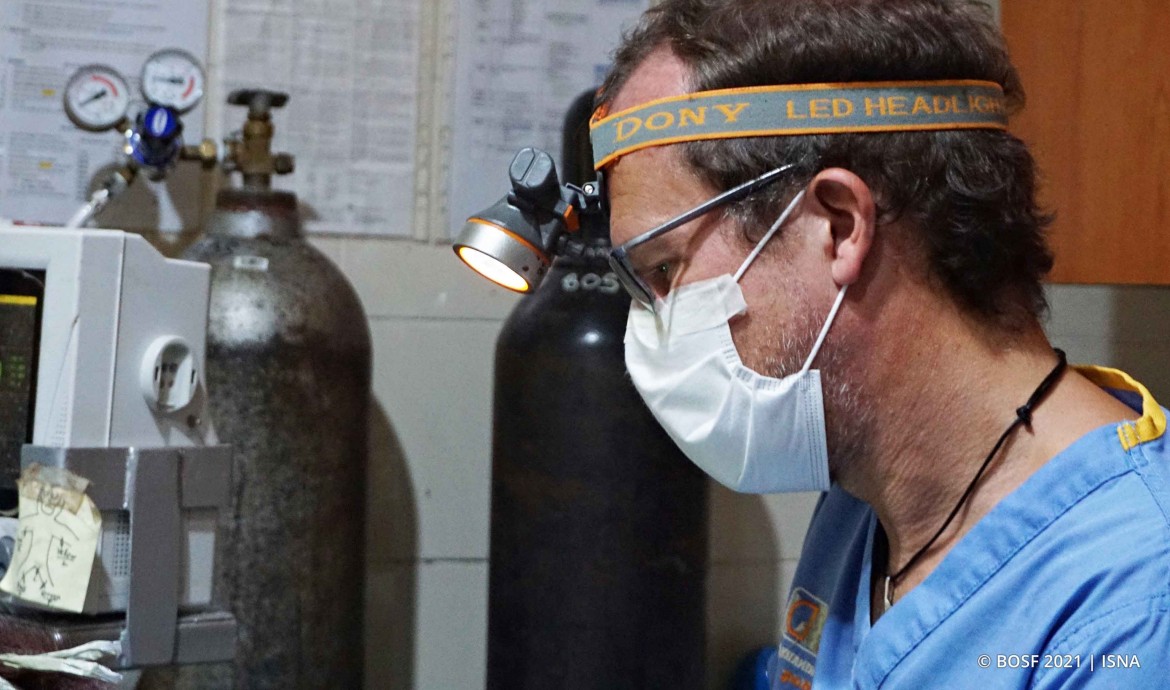 The Samboja Lestari veterinary team, while continuing to provide care and treatment to Jeje, had noted his damaged eye was producing discharge and needed surgical intervention. This would be key if they were to reduce the chance of infection and improve his general wellbeing. However, lacking experience in ophthalmic surgeries, the team needed to turn to external experts for support. This is where an ambitious veterinary project came into play. For three months, wildlife veterinarian Joost Philippa, DVM, PhD, Dipl. ACCM, stayed at the Samboja Lestari Orangutan Rehabilitation Centre to support the sun bear care and veterinary teams.

With the new expertise on board, in early May our veterinary team made the difficult decision to remove Jeje's left eyeball. Dr. Joost had already carried out this particular procedure at other wildlife conservation projects so he was able to perform the surgery and train our veterinary team in how to do it themselves at the same time! The operation and training went smoothly and Jeje's eyeball was safely removed.

It has been two months since Jeje's left eye was removed and we are happy to report that his overall health has improved. Jeje has been observed now playing more in his complex than he did prior to having surgery.

The removal of Jeje’s damaged eye was just one of a multitude of procedures carried out during this 3-month animal welfare training and improvement project. For this, we would like to extend our sincerest gratitude to the funding institutions who made the project that helped Jeje possible, Orangutan Veterinary Aid (OVAID) and BOS Switzerland. We thank them for their assistance as well as the other BOS Partners who financially and logistically support the daily work of our Samboja Lestari Orangutan Rehabilitation Centre. And last, but certainly not least, thank you Dr. Joost for providing us with your expertise!

To Jeje, we hope you keep getting better!