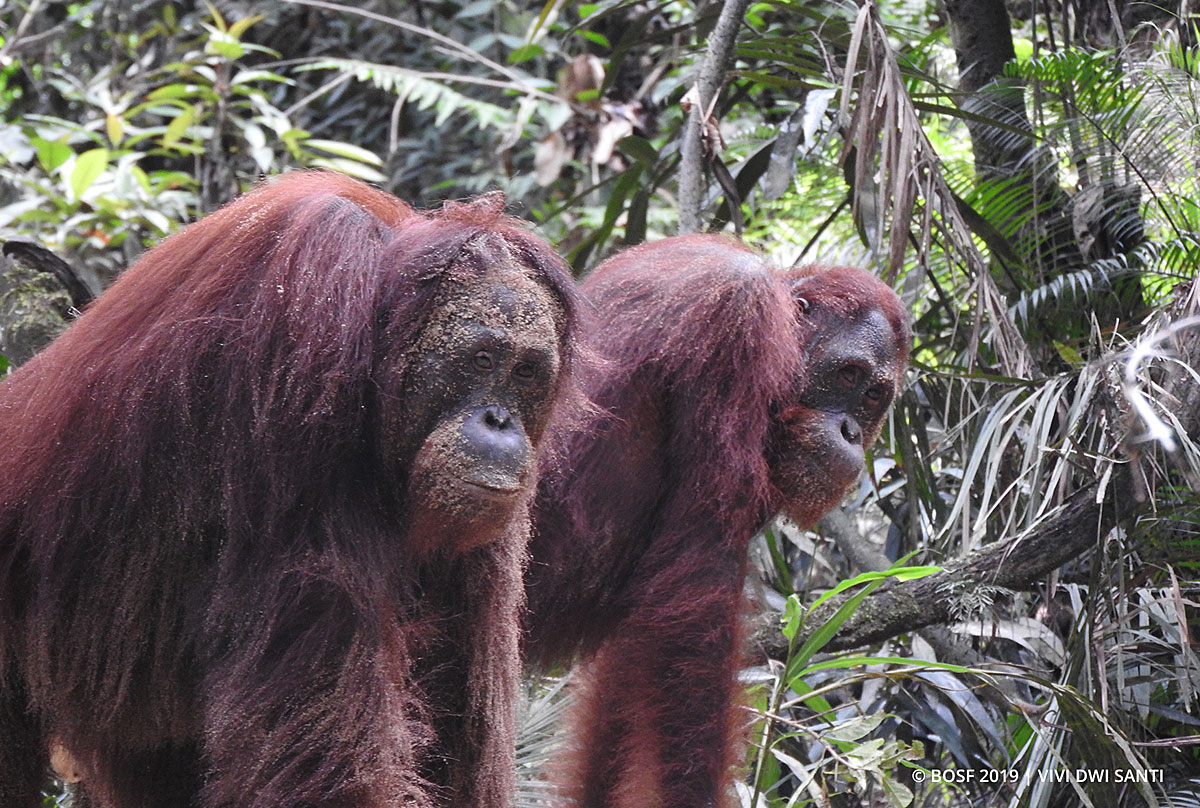 May 29, 2019 — Found in the forests of Kalimantan and Sumatra, the orangutan is the only great ape species endemic to Asia. As one of the closest relatives to humans, orangutans share 97% of the same DNA as humans and are highly intelligent with many relatable traits. One such relatable trait is the ability of amorous male orangutans to become upset when one of their romantic jaunts is interrupted. Together with the Post-Release Monitoring (PRM) team, I recently witnessed such an outburst from a male orangutan during routine observations.

Several weeks ago, three PRM team members and I from Totat Jalu Camp, in the Bukit Batikap Protection Forest, got the opportunity to observe Gina and Cilik. Gina is an 18-year-old female orangutan who was released in April 2015; and 12-year-old male Cilik, the eldest offspring of Cindy, was released in November 2013. Both orangutans had not been observed for quite some time, and therefore we were delighted to get the chance to monitor them intensively.

We found Gina and Cilik relaxing together in an area known as Joloi Bawah. The two were spotted eating together in a tree; both appeared to be in good health and were eating plenty of forest food. Gina and Cilik casually enjoyed the fruits on offer around them, and, just like a couple, they shared food. I caught Cilik staring intently at Gina – a look of sheer fascination on his face. The six-year age gap didn’t seem to bother the younger Cilik.

But in that quiet moment, one of our team members suddenly received a nasty bite from an insect! Although we tried to remain as calm as possible, an abrupt change to the ambience irritated Gina, who quickly moved away to another tree. Cilik, who appeared to be very upset about the situation, followed after her. He repeatedly kiss-squeaked and shook branches with a vengeance, displaying his displeasure at the team as he protected his girl. He stopped kiss-squeaking once he discovered that Gina had left, and quickly took off to catch up with her. 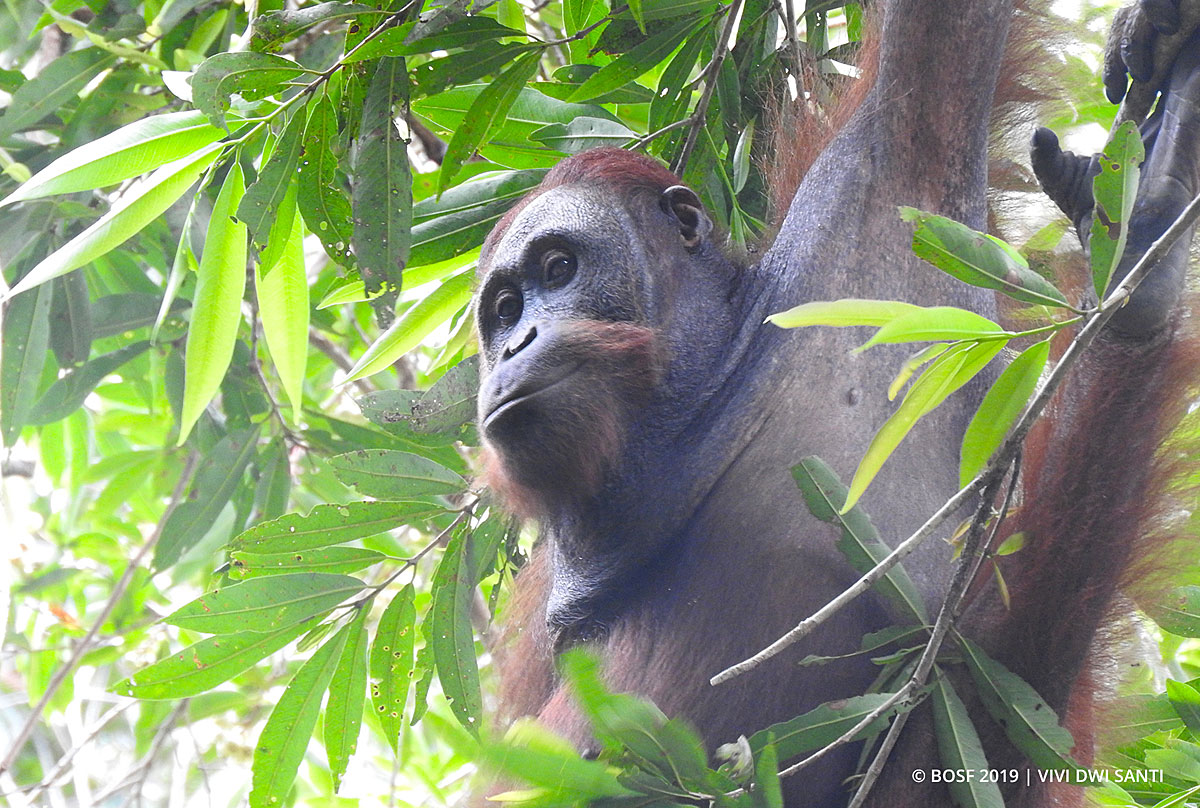 Shortly after the incident, we managed to find the pair and continued to monitor them. This time, however, we were more cautious and mindful of giving them space, and conducted our observations from afar. Cilik was alerted every time Gina turned her head; he would look in the same direction, ready to react to any distractions or threats. It seemed as though Cilik was not keen on his love interest paying attention to anything else, especially us. 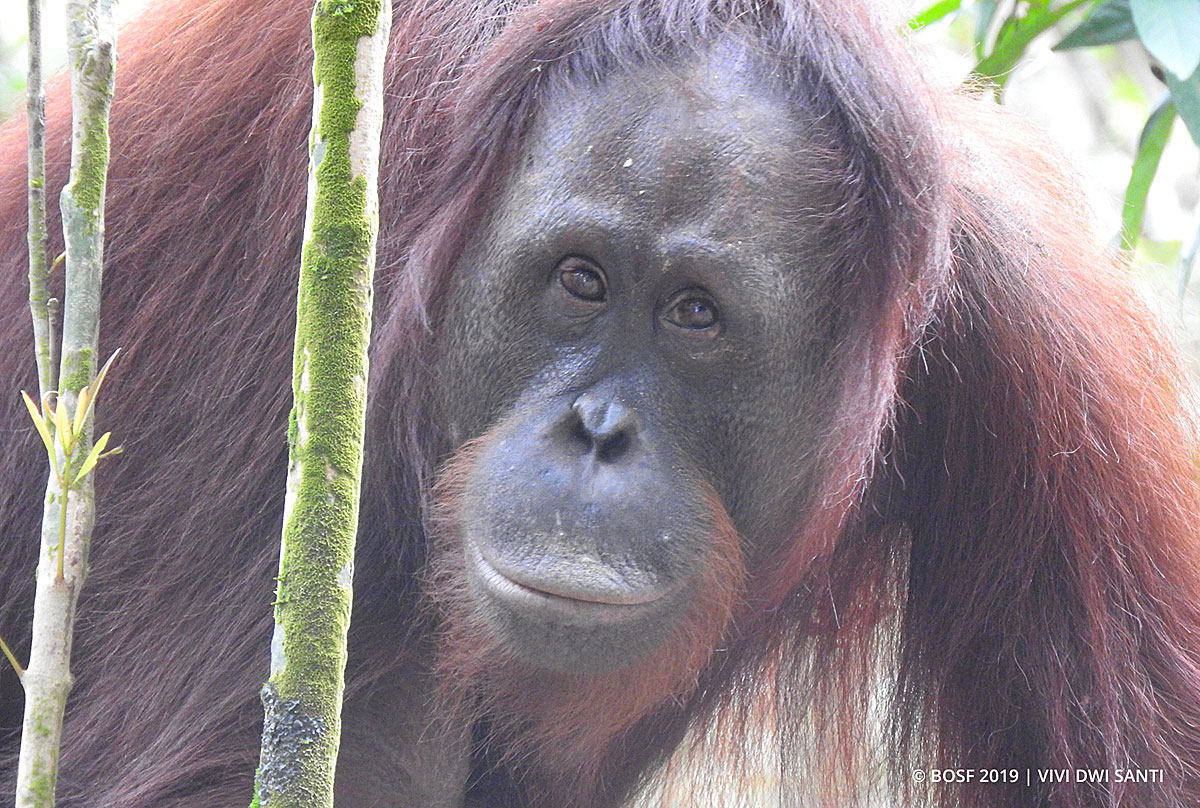 In the afternoon, Cilik and Gina continued to spend time together, eating and playing. I witnessed Cilik attempt several times to seduce Gina to get her to copulate with him, only to find that she was more interested in playing. Cilik did not seem to mind, though – he was just happy to have Gina’s full attention back on him!