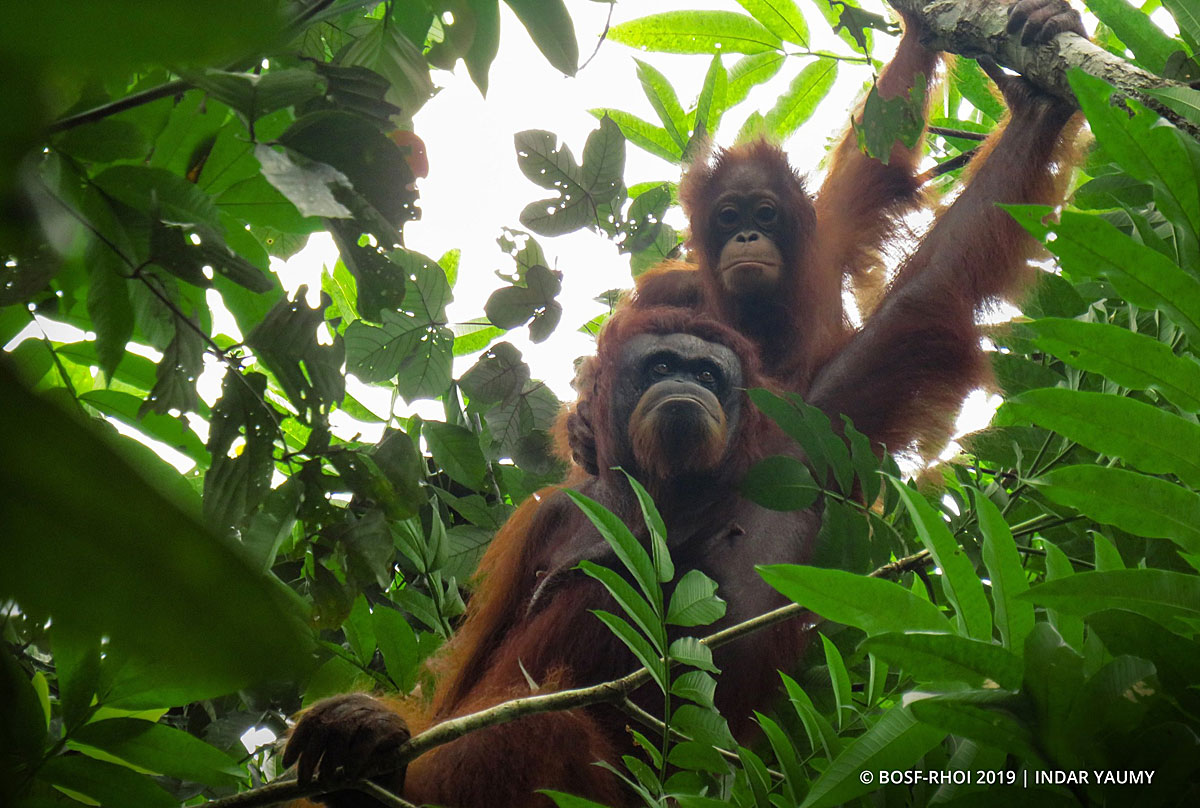 October 16, 2019 — Recently, our Post-Release Monitoring (PRM) team from Nles Mamse Camp, located in the south of the Kehje Sewen Forest, set off in the morning to observe Riki and Rini, a mother-infant pair that we released in August. Upon reaching the location where the two were nested, the PRM team heard a long call sent from somewhere distant in the forest. The sound gave our team members goosebumps, and also woke Riki and Rini; for not long after the call was heard, the pair rushed out of their nest.

Mother Riki curiously led the way in the direction of the call. But as she moved through the trees with baby Rini, the team suddenly noticed movements in the canopy nearby. A huge, cheek-padded male was moving towards Riki and Rini. Our team members almost immediately recognised who it was: Rafli, a male orangutan that had been dubbed the King of Kehje Sewen, due to his sheer size and evident dominance. Knowing that the King is highly alert, the team cautiously stayed hidden while continuing observations. 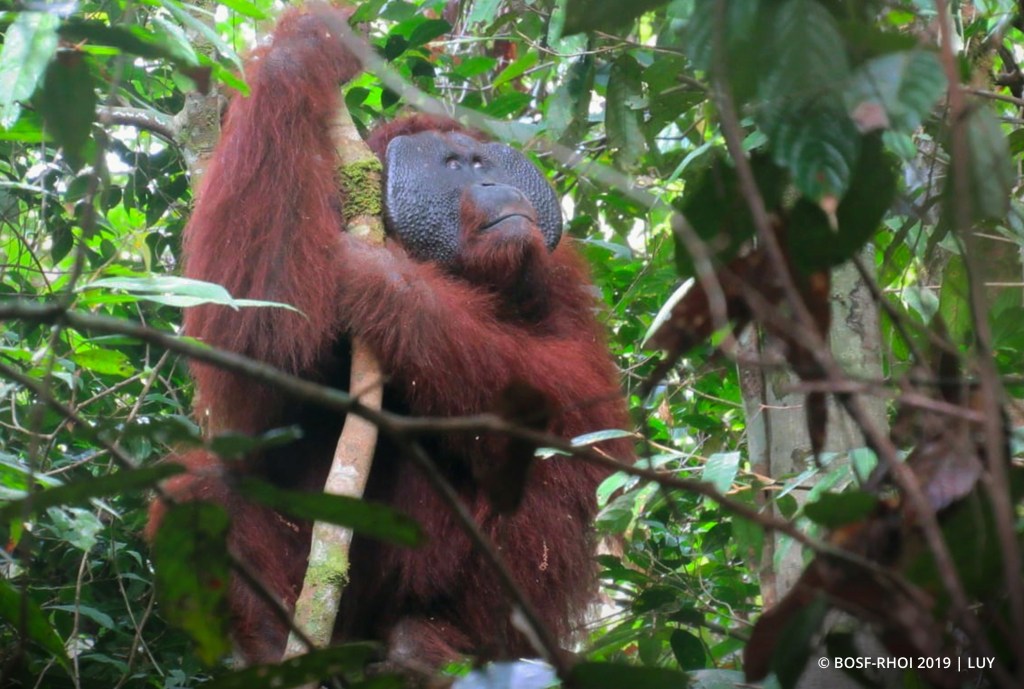 Shortly after his arrival, Rafli aggressively approached Riki. She was initially curious, but then paid him little attention and instead focused on foraging for macaranga leaves with daughter Rini. Naturally, being a dominant figure, Rafli did not give up easily. His persistence clearly frightened Rini, who quickly climbed up higher to play on her own, at a distance from mother Riki.

Navigating the forest without creating a sound is practically impossible, and when our team tried to get a better angle from which to view the trio as they moved up higher into the canopy, someone accidentally stepped on a twig. The snapping sound alerted Rafli, who became annoyed and shook the largest branch he could reach. Riki used this opportunity to escape, quickly joining her daughter and moving further away from Rafli.

The team took a detour and left an angry Rafli behind in the hope of catching up with Riki and Rini. After locating the mother-daughter pair, the team continued observations and noted that both looked healthy and were eating plenty of natural foods. Rini moved more actively than her mother and even led the way at times. She also kiss-squeaked when she noticed the PRM team, showing her displeasure and instinctive, wild behaviour.

After 30 minutes of observation, Rafli returned! He arrived with authority, shaking tree branches as he approached and knocking over a dead tree trunk in the process. This display of aggression was unmistakably a show of dominance, an attempt to get rid of the team. 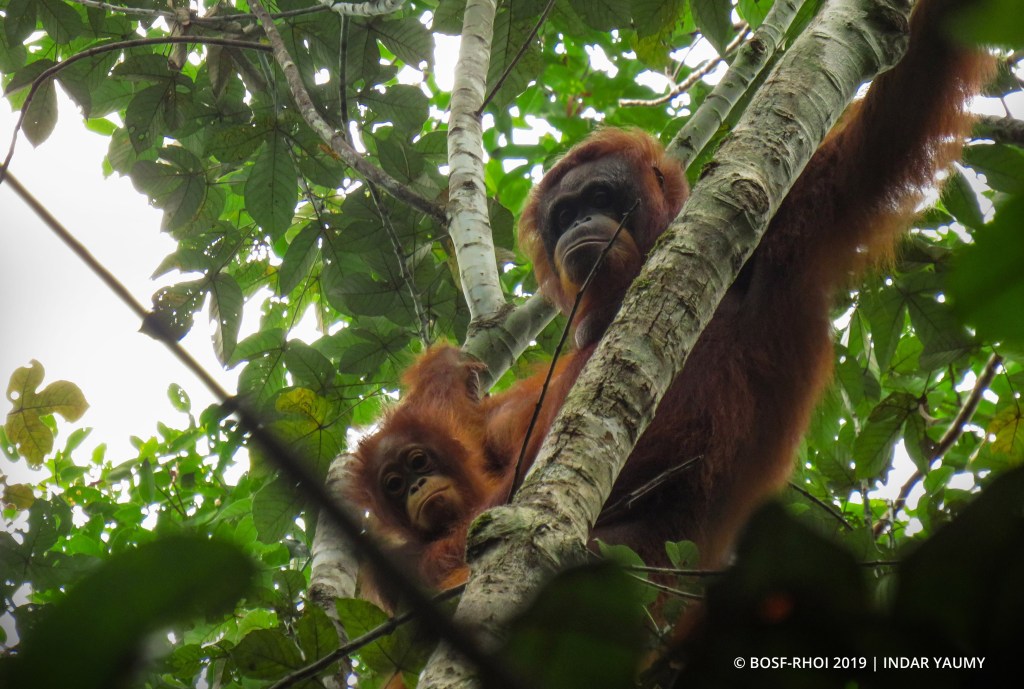 Rafli’s actions had worked: Understanding the potentially dangerous situation, the PRM team decided to take a step back and leave the three in peace. Our team members headed back to camp with the knowledge that they would catch up with Riki and Rini – and the King – another time to observe and track their progress.