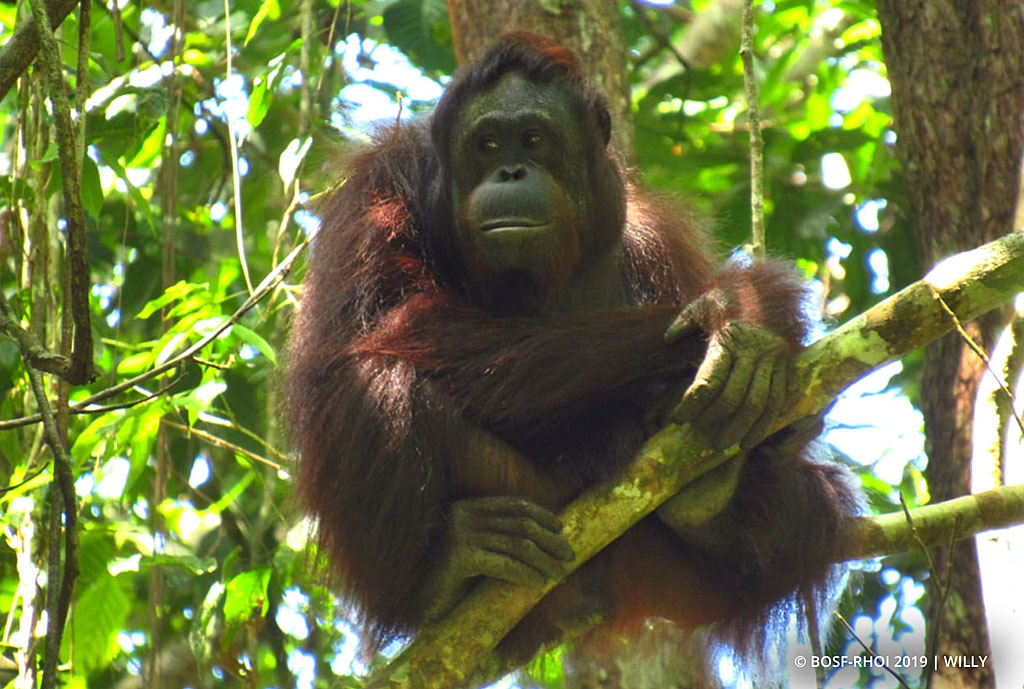 July 31, 2019 — Recently, our post-release monitoring (PRM) team from Camp Lesik – located in the northern part of the Kehje Sewen Forest in East Kutai District, East Kalimantan – was busily preparing patrol equipment at the satellite camp in the Sungai Lembu area when an orangutan suddenly appeared! The satellite camp, a provisional tent that serves as a resting place for our PRM team members and temporary quarters when we conduct patrols, was suddenly being watched by a large, thick-haired orangutan, perched in a tree. 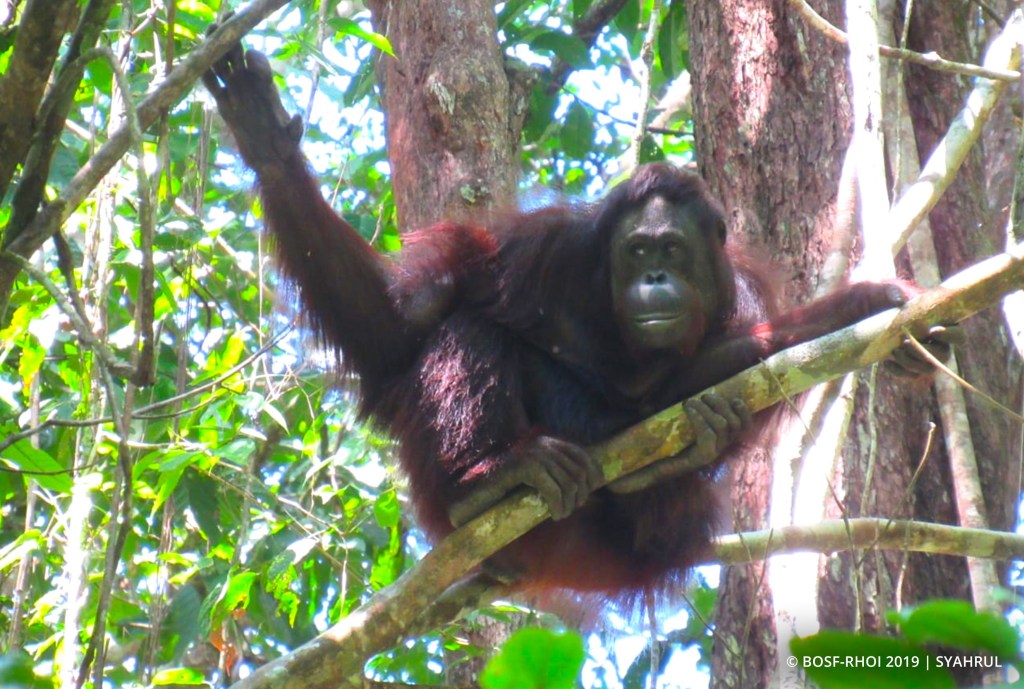 The easiest way to identify an orangutan that is not recognisable upon sight is to check the radio telemetry system, as each orangutan is implanted with a radio transmitter that emits a unique frequency specific to the individual. Unfortunately, the PRM team was not able to detect a signal on this occasion, indicating that the orangutan in question must have been released several years ago and their transmitter battery was depleted. Refusing to give up, the PRM team turned to our orangutan photo album, which is regularly updated to assist with identification.

Based on several similarities between the unknown individual and the photos on hand, the team members concurred that the orangutan before them was Mona, a female who had been released nearly six years ago in October 2013. Following her release, Mona become a common sight for the PRM team, and she was a model orangutan. She disregarded human observers, instead spending her time foraging in the jungle. The team quickly grew to know Mona well and she was frequently included in BOS Foundation website stories. She was featured in, a record, six stories between 2013 and 2016

(Christmas and New Year at Kehje Sewen; An Encounter with 5 Guardians of the Kehje Sewen Forest; The Look of Casey, Lesan, Hamzah, and Mona; A Reunion with Mona and Juminten; Observing Yayang and Her Two Children; Monitoring Lesan, Hamzah, Mona and Sayang)

But then, suddenly, the team was encountering Mona no longer. This forest regular had become an elusive mystery and we feared the worst. The team pushed away their concerns and continued their important monitoring work, until October 2017, when during the observation of a female orangutan named Elisa, another orangutan, lacking a detectable signal, showed up behind us!

We were thrilled to identify the individual as the previously missing Mona! After 3 years, the battery in her transmitter had been exhausted. This finally gave the team the explanation they craved about Mona’s sudden disappearance. It wasn’t that she had gone missing, but rather she had become harder to find! The entire foundation rejoiced and Mona was featured in her seventh story, as an identified mystery orangutan.

Following the exciting reunion in 2017, Mona continued to elude the team, not to be seen again until this moment. Not wanting to miss this rare opportunity, the team immediately began recording Mona’s activities. However, Mona had been living in the wild for quite some time, and quickly she made it clear that she was no longer comfortable being observed by humans. She snapped several branches and kiss-squeaked repeatedly to show her displeasure, warning the PRM team to withdraw and give her space.

Once she grew relaxed, Mona continued her business of exploring the forest and foraging. She ate a variety of forest foods and built a day nest to rest within not far from the satellite camp. 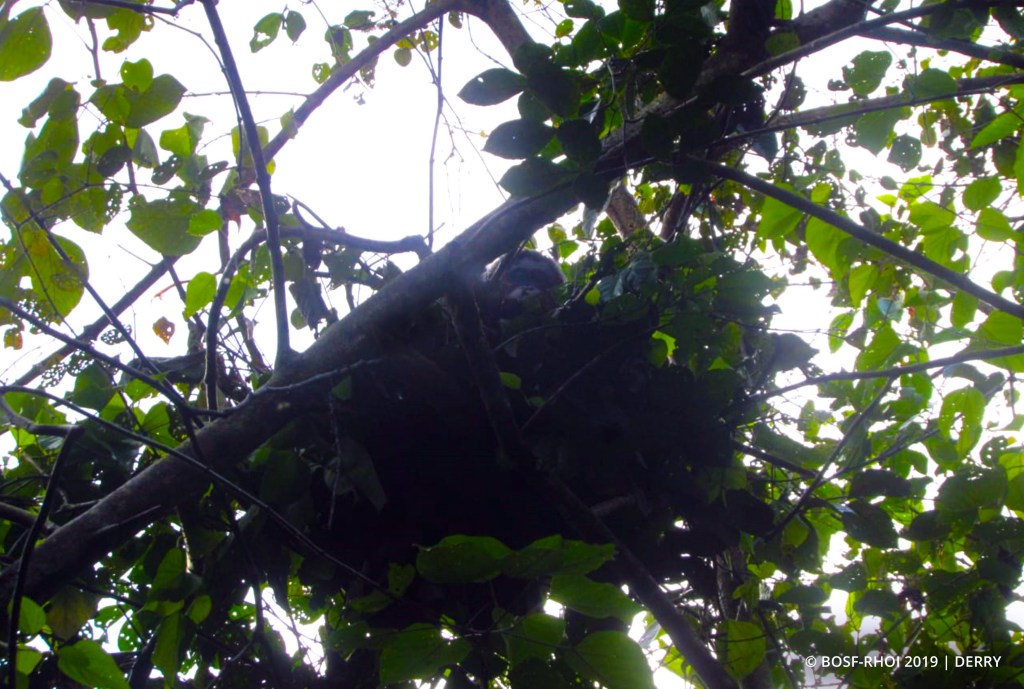 Mona in her nest

After an hour of observation, Mona had had enough of being watched and she quickly moved away to continue her exploration of the Kehje Sewen Forest alone. Although the reunion was brief, our PRM team members were pleased to meet with Mona again and learn that she is healthy and thriving. Enjoy your life in the forest, Mona!