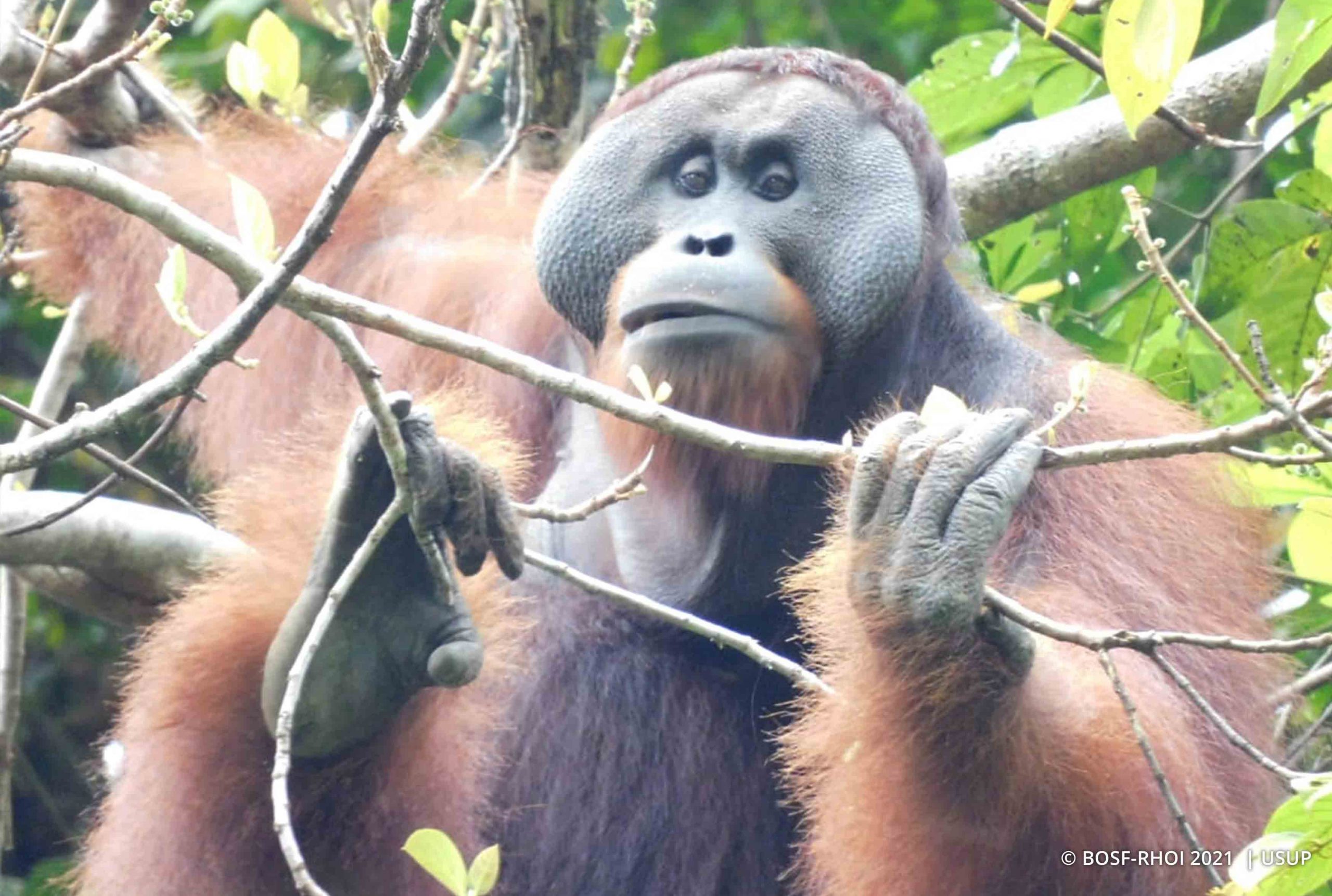 Early one morning in March, our BOSF Post-Release Monitoring (PRM) team at Camp Lesik, in the Kehje Sewen Forest, East Kalimantan, set out to locate a female orangutan who was released into the forest five years earlier. Bong needed to be captured and translocated after making frequent visits to the camp, stealing equipment, and causing damage to one of our vehicles.

Moving an orangutan from one area of the forest to another involves sedating and carefully placing them in a transport crate. As we went through the process of sedating Bong and putting her in a crate, a male orangutan watched on nearby.

Hamzah, who was released into the forest nine years ago, was one of the first rehabilitated orangutans to inhabit the Kehje Sewen Forest. He had formed a close relationship with Bong and we saw the two together on several occasions. The day following, Hamzah even approached the transport crate Bong had been placed in, not far from our camp. 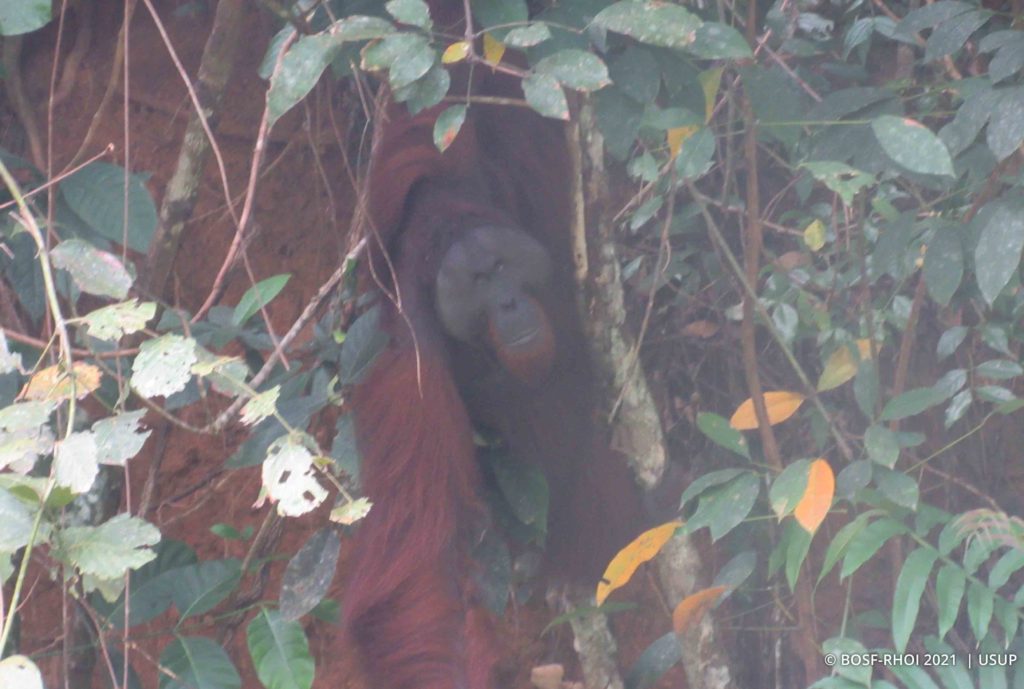 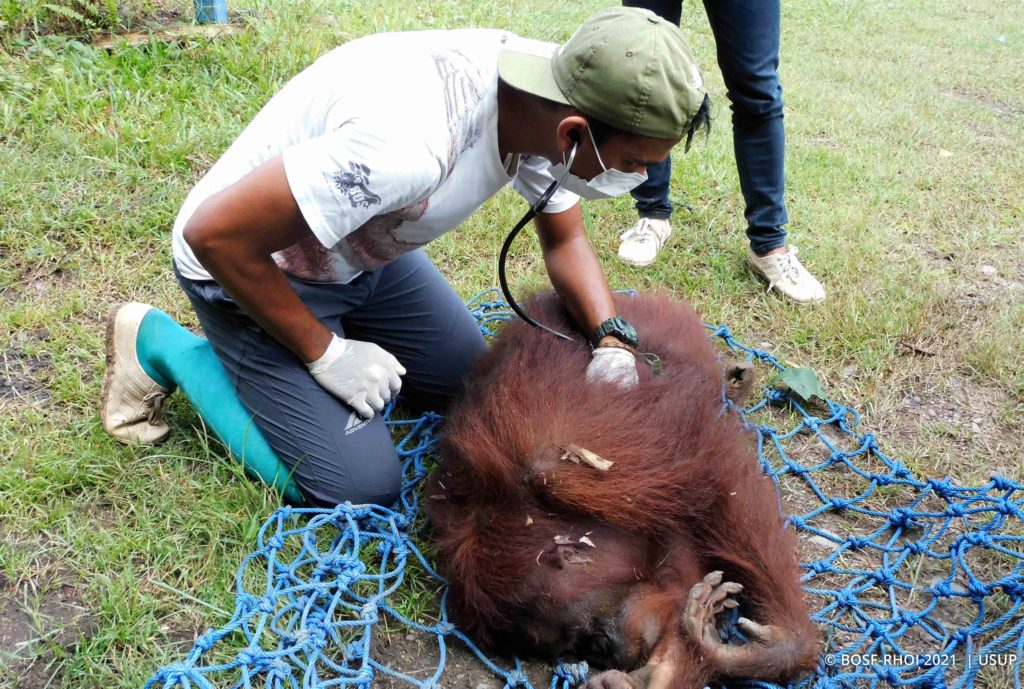 Despite the heart-breaking sight of Hamzah, we made the decision to to move Bong to an area called Muara So. This area was a few kilometres east of the camp and would be a safer home for her, reducing the potential for conflict with the PRM team.

At the end of July, we were busy conducting a patrol in Muara So, Bong’s new home area. While we were not searching for her specifically, an orangutan we spotted brachiating across the river ended up actually being Bong! She was engrossed in eating cambium and appeared to be in sound health, proving that she was thriving in her new location. Unfortunately, she was on the other side of the river, in an area that is difficult for the team to access regularly due to strong currents. Since we were patrolling on foot that day instead of by boat, we had to accept the fact that we were unable to conduct a thorough observation on Bong.

Hamzah, meanwhile, has not been seen again after the translocation of Bong. We suspect he might have ventured off into the forest in search of another female orangutan in an area away from our camp.

We hope you enjoy your new part of the forest, Bong. We will miss seeing you regularly, as will Hamzah. Until we cross patrolling paths again!