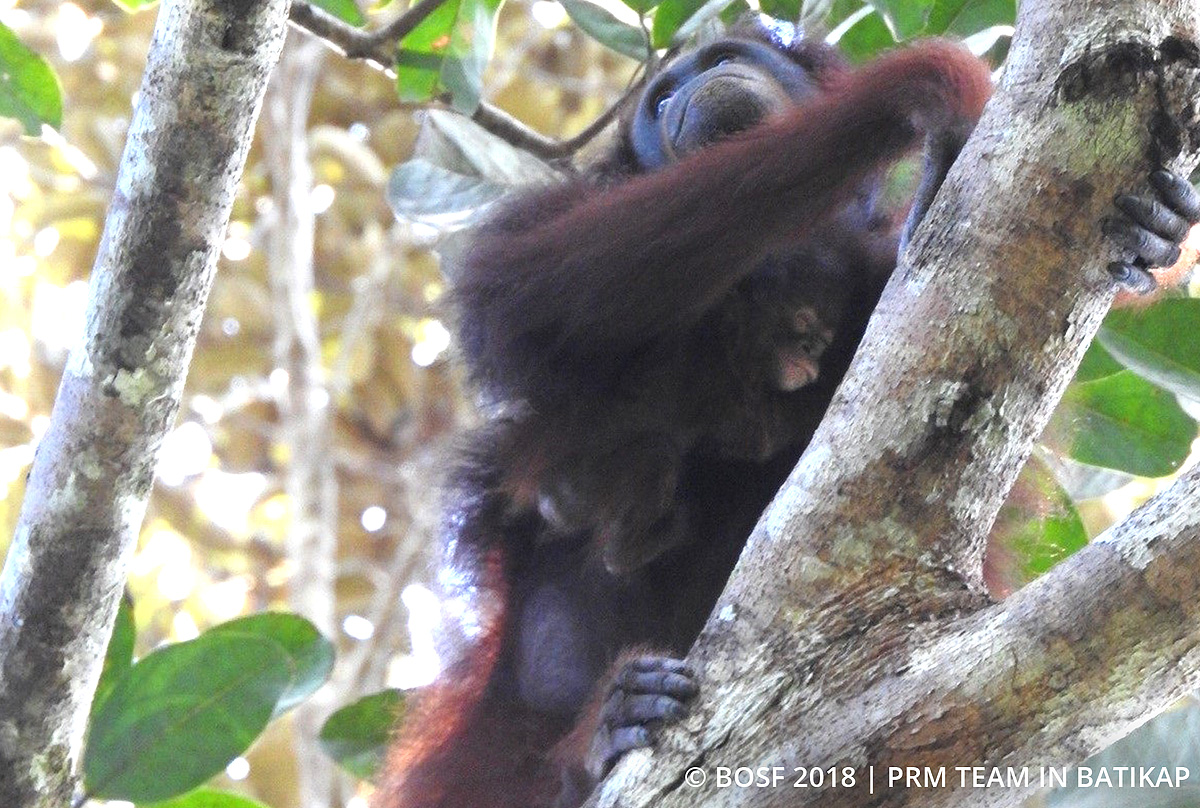 Text by: Arga Sawungkusuma from the Bukit Batikap Protected Forest

August 8, 2018 — A few weeks ago, our post-release monitoring (PRM) team in Central Kalimantan’s Bukit Batikap Protection Forest set out to find and observe Meklies and her newborn, Matahari. Our Totat Jalu Camp team had named the baby Matahari, which means ‘sun’ in Indonesian, after everybody agreed it was a fitting name for this bright new life in the forest.

The PRM team for that day – Titu, a technician; Arga Sawungkusuma, our veterinarian from Nyaru Menteng; and Isabel, a volunteer – departed from Totat Jalu Camp early in the morning and had located the mother-infant pair by noon. As expected, new mother Meklies was very alert and protective of her newborn; the team had to move around to find different hiding places in order to best observe her without causing stress. Our PRM team members have become very skilled at this tactical version of hide-and-seek in the middle of the forest.

Meklies spent most of her time up in trees about 25-30 meters from the ground, happily eating forest fruits and young leaves. She continued to actively move throughout the day; a good indication she is in good health. Baby Matahari was observed actively suckling from Meklies, and also appeared to be in good health.

On that particular day, it was not only observations that the team had to make on the pair, as determining the baby’s sex was also on the agenda. Up until this point, we had not been able to tell whether the baby was a boy or girl. Due to the highly protective nature of orangutan mothers, it is often difficult to check on an orangutan baby’s condition in the wild. Our PRM teams must move around with caution and look upwards toward the canopy for hours on end, sometimes even for days. It is truly neck-breaking work!

After a couple of hours, Matahari finally moved to an angle where she was more visible, and the team managed to take a picture of her. From the photos taken, Vet Arga Sawungkusuma said; “It is highly likely Matahari is a girl, from the absence of visible male genitalia. We only saw the baby from behind, but I can say with 80% certainty that it is a girl.” 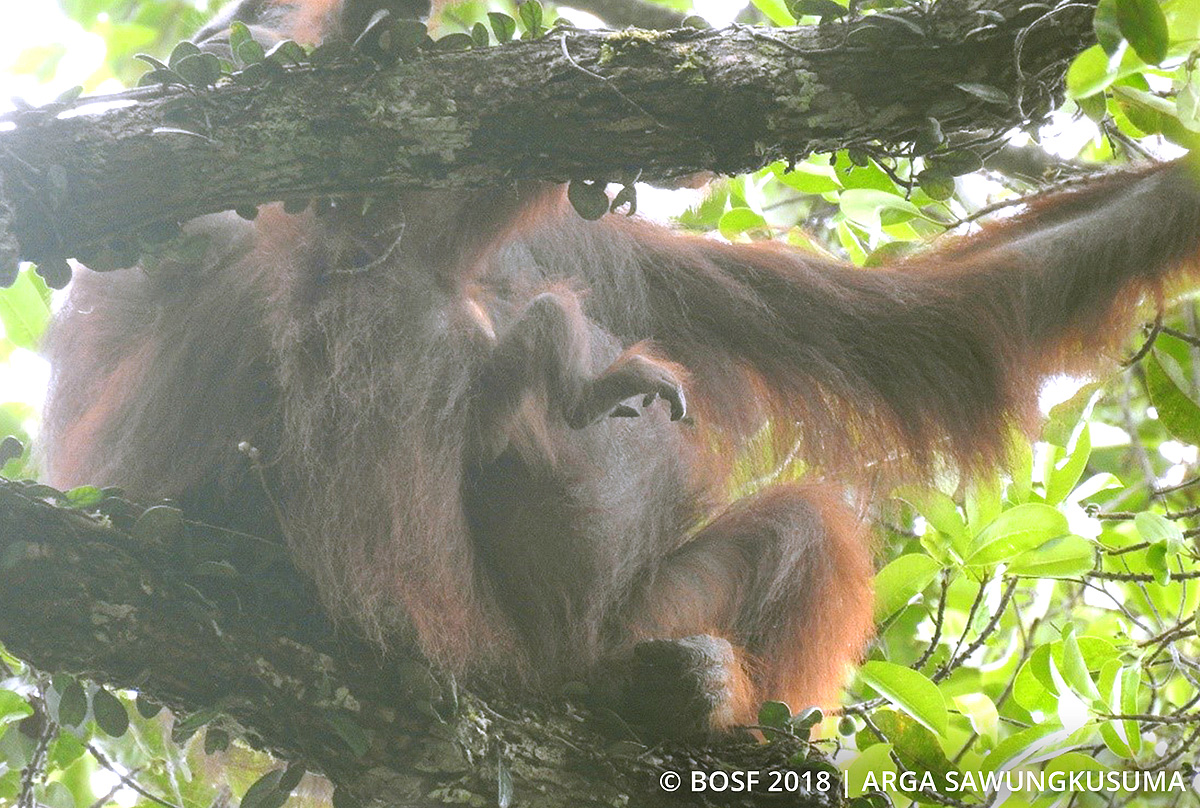 Once satisfied that both mother and baby were in good condition, the PRM team members headed back to camp to report their findings. We hope Matahari will grow strong and shine like her namesake over the Bukit Batikap Protected Forest.