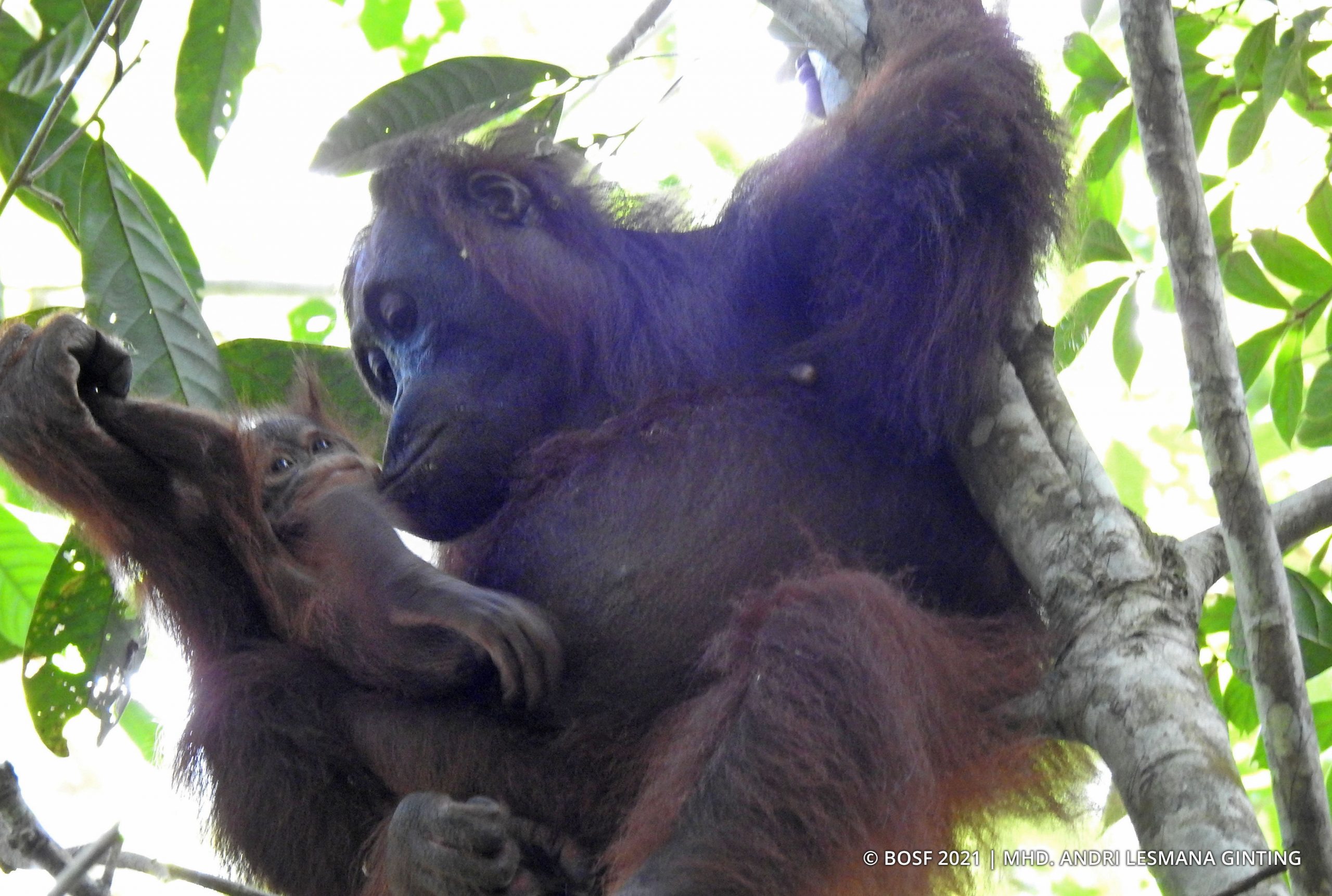 February 10, 2021 — The ultimate goal of all of BOS Foundation’s reintroduction efforts is to establish populations of orangutans that are self-sufficient and self-propagating, i.e., having babies and raising them to independence. This means that the best marker of success for us is when a female who had previously completed the lengthy rehabilitation process gives birth to a baby at the release site! Late last year, our Post-Release Monitoring (PRM) team in the Bukit Batikap Protection Forest, Central Kalimantan embarked on their usual patrol, expecting a usual day, when they found Inung, a female orangutan released eight years prior, with a baby clinging to her body!

Immediately following this discovery, our PRM team conducted two full days of observations. During this time, Inung appeared to have a healthy appetite, and was seen eating a variety of different forest foods, including meranti (shorea) cambium and fruits, bay fruits, young lianas leaves, wild ginger pith, and termites. Inung was also seen eating alongside her first born-daughter, Ina, and another mother-child pair, Cindy and Stellar.

During observations, Inung and her baby – whom we named Indie – moved toward Transect Bungaran and after filling up on forest fare, then headed for the Apuy River. The journey seemed to make Inung hungry again, as she took a break to forage for more food. As Inung foraged, Indie clung to her body to breastfeed, and occasionally stopped to sniff Inung’s food. We estimated that Inung must have given birth to this baby between the months of July and October, as Indie was old enough to boldly reach out and touch the branches that his/her mother was dangling on. He/she had also gained the skill of being able to cling to mother Inung’s back. 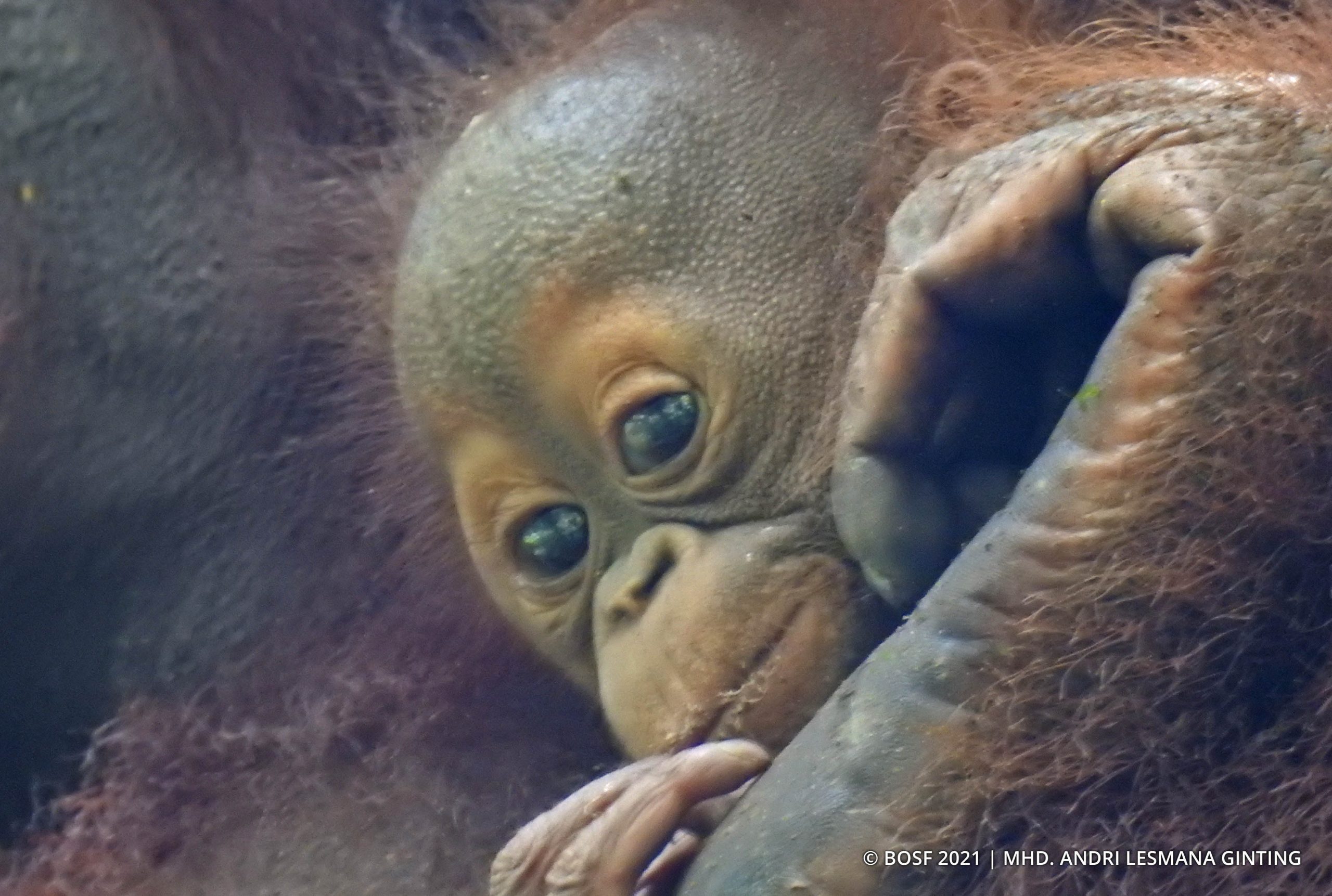 Inung and baby Indie both looked to be in good health and appeared to be thriving in the forest. This baby’s presence in the Bukit Batikap Protection Forest indicates that the population of rehabilitated orangutans there is working hard to create the next generation of wild orangutans.