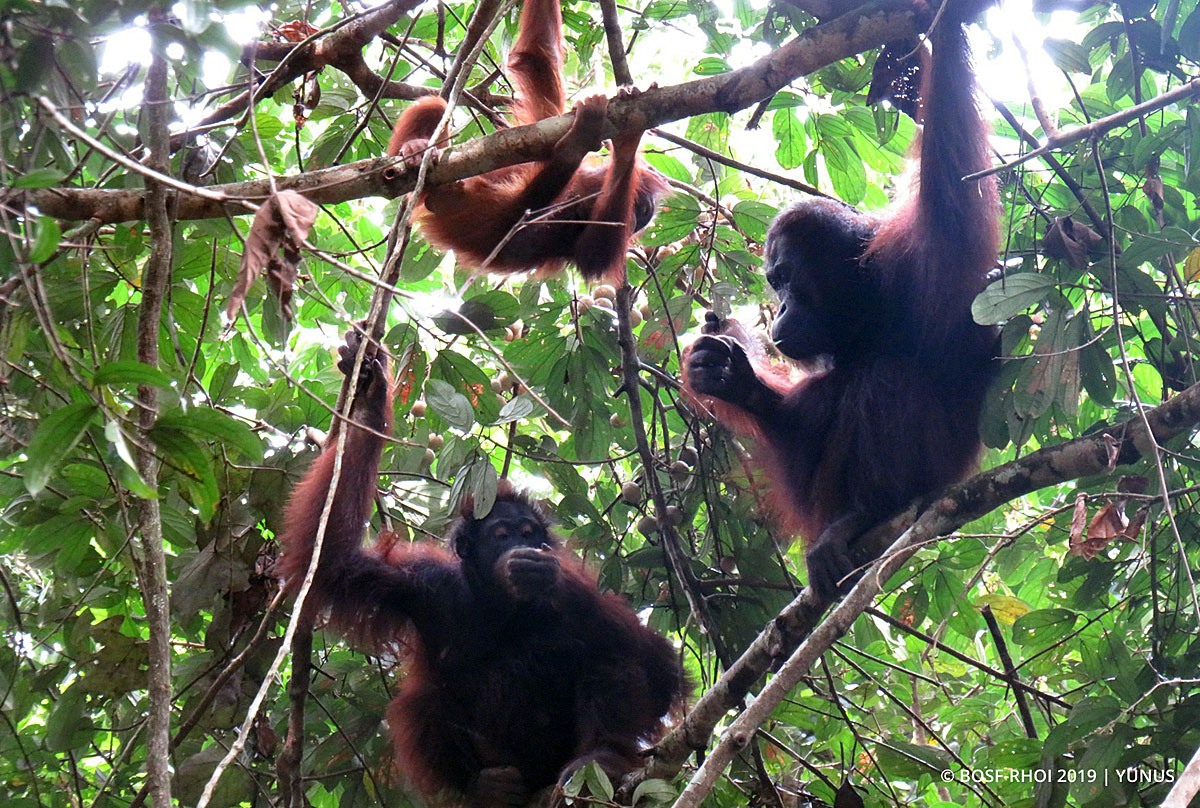 June 10, 2019 — On a cold morning in the Kehje Sewen Forest, the Post-Release-Monitoring (PRM) team from Nles Mamse Camp set out in the direction of the helipad to locate and monitor orangutans in the area. On the way to the helipad the team regularly checked the radio telemetry system for orangutan signals, and shortly after entering the transect detected a signal from Signe.

The PRM team followed Signe’s signal to the bottom of the valley, where it suddenly became stronger by the metre – a good indication we were heading in the right direction. The team hurried along and were able to locate Signe relaxing in the top of a tree together with her son, Bungaran, and another female orangutan, Leonie.

Signe arrived at the Samboja Lestari Orangutan Rehabilitation Centre on 1 February 2009, when she was just two years old. She underwent years of rehabilitation at Samboja Lestari and gave birth to Bungaran on 5 April 2015. The mother-son pair was released to the Kehje Sewen Forest in December 2016. Meanwhile, Leonie – who arrived at Samboja Lestari on 8 November 2006, when she was two years old – became a model student during her years of rehabilitation in Forest School, where she would teach other orangutans to explore the forest. Leonie was released a year prior to Signe and Bungaran, in September 2015.

During the first hour of observation, the three orangutans were seen enjoying an abundance of forest fruits and appeared to be completely unaware of the PRM team’s presence. Leonie and Signe ate together while Bungaran played alone nearby, stopping from time to time to taste the fruit offered by his mother.

After getting their fill of fruit, the three moved on to continue their explorations of the forest. The more senior Leonie led the pack, followed by Signe and Bungaran. The PRM team’s observations indicated that the three seemed very comfortable foraging, playing, and resting together. Leonie was also seen playing with Bungaran, and guided him to spots rich in forest food; Clearly Leonie had maintained her role as a great teacher, as she had shown during her years in Forest School. 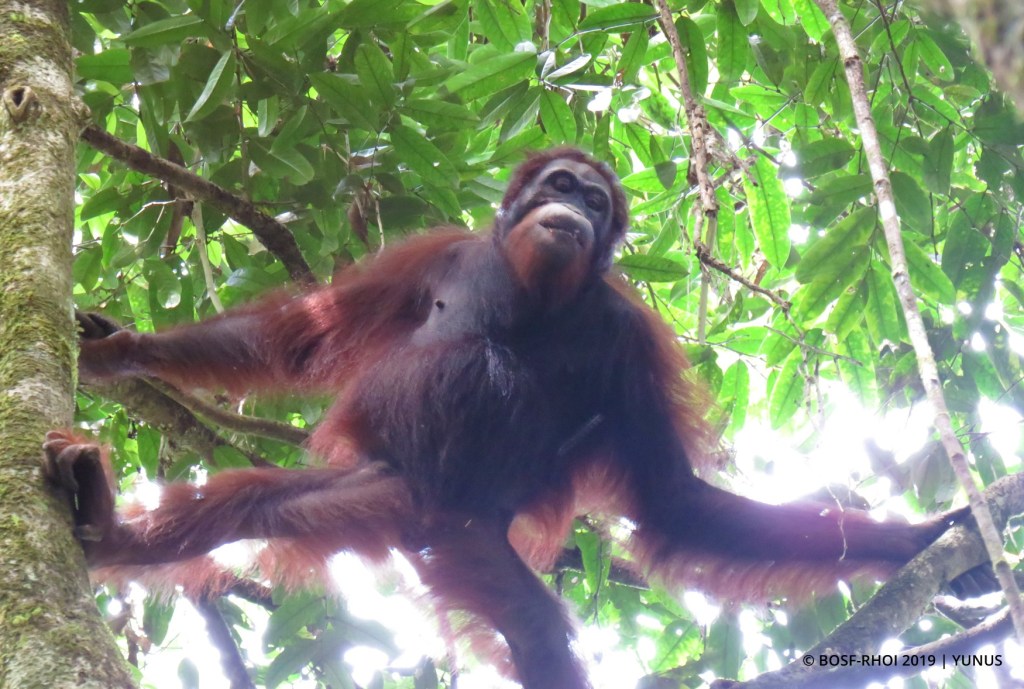 In the afternoon, the trio moved towards the hill and came across Agus, a male orangutan who was released in the Kehje Sewen Forest six years ago. Agus approached the three and took his place near Leonie. The four then continued to move up the hill as the day began to turn dark. The PRM team followed them, but a sudden downpour put an abrupt end to the day’s monitoring.

Each of these four orangutans underwent a long rehabilitation process at the Samboja Lestari Rehabilitation Centre, where they had to learn and hone vital forest survival skills. Since their release to the wild, they have adapted well to their new habitat and continue to thrive.

Witnessing the success achieved by these four orangutans gives us hope that the many orangutans in our care – at both the Samboja Lestari and Nyaru Menteng Rehabilitation Centers – will one day get the same opportunity to live wild and free in the forest.