On June 18, 2016, a baby boy arrived at BOS Nyaru Menteng and was given the name Bumi (meaning ‘Earth’ in Indonesian). He was in very poor health, noticeably weak and shivering. The rescue team initially estimated Bumi's age at around two months. However, after a more thorough examination, they discovered that he had a fresh wound on his belly button from his umbilical cord, indicating that he was actually a new-born less than two weeks old. The veterinarian prescribed a course of antibiotics to prevent infection in the wound and aid the healing process, but poor Bumi was so incredibly weak that he could not even open his eyelids. We believe that he was violently separated from his mother shortly after his birth...

YES! I want to adopt Bumi! 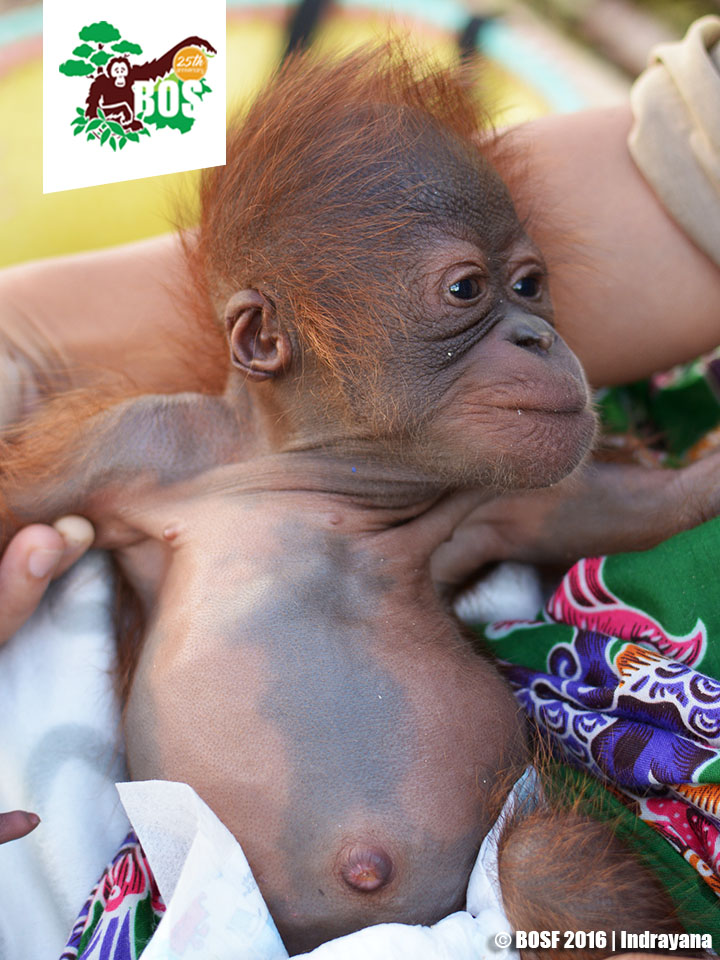