Cheryl and Erina: A Tale of Two Besties 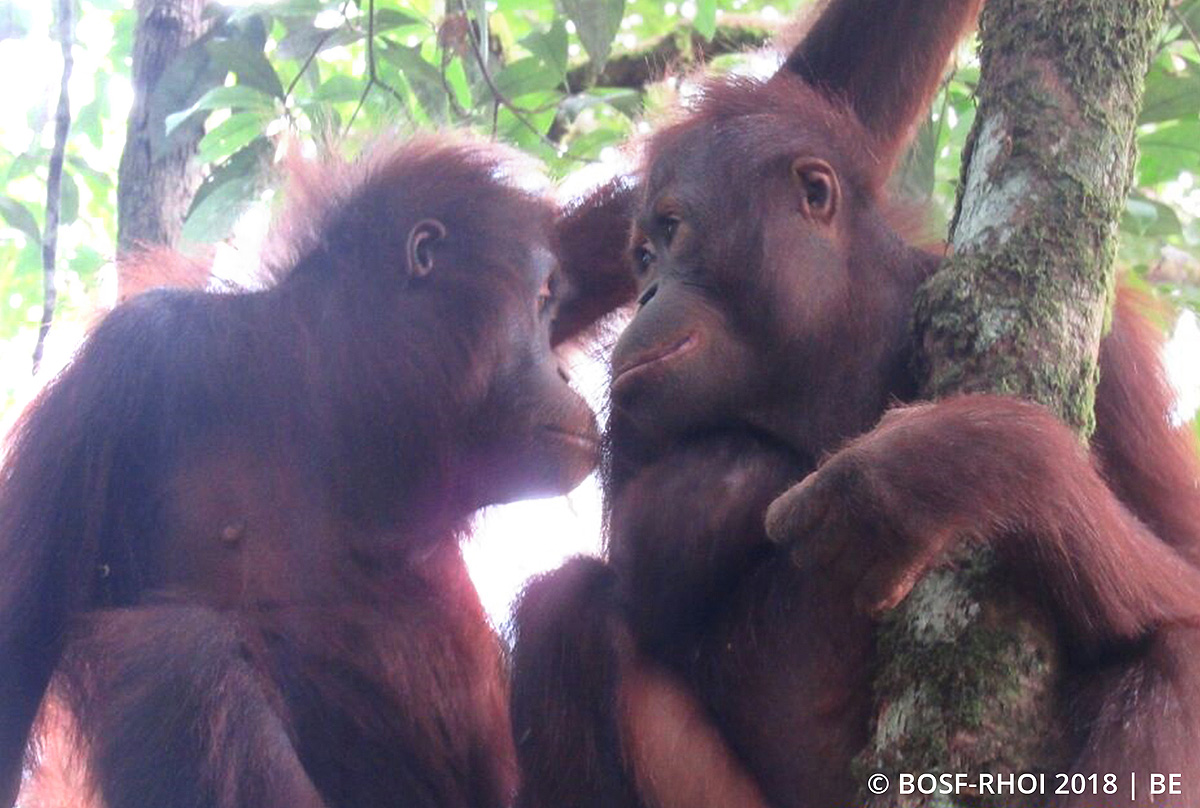 August 6, 2018 — Years spent in a rehabilitation center together can build an undeniable bond among some of our released orangutans; as is the case with Cheryl and Erina. These two females were released to East Kalimantan’s Kehje Sewen Forest in June this year, after developing independence from a young age: Cheryl began the rehabilitation process in 2012 after being rescued, and Erina joined the following year. The two spent a lot of time together in Forest School and later in the pre-release stage, and as a result have formed a unique bond.

The friendship Cheryl and Erina shared during their time in rehabilitation appears to have carried over to their new habitat. The two did split for a while following their release to the forest, but our PRM team found that they had reconnected within a few days, and have been inseparable since.

For three days the PRM team watched them share food, hug one another, and play together. When active Erina dangled from branches, Cheryl followed suit; and when Cheryl decided it was time to move on, playful Erina would stop what she was doing and follow Cheryl wherever she explored.

They even shared nests! Erina was the one to rise first from their shared nest every morning, with Cheryl waking around half-an-hour later to join her for breakfast. 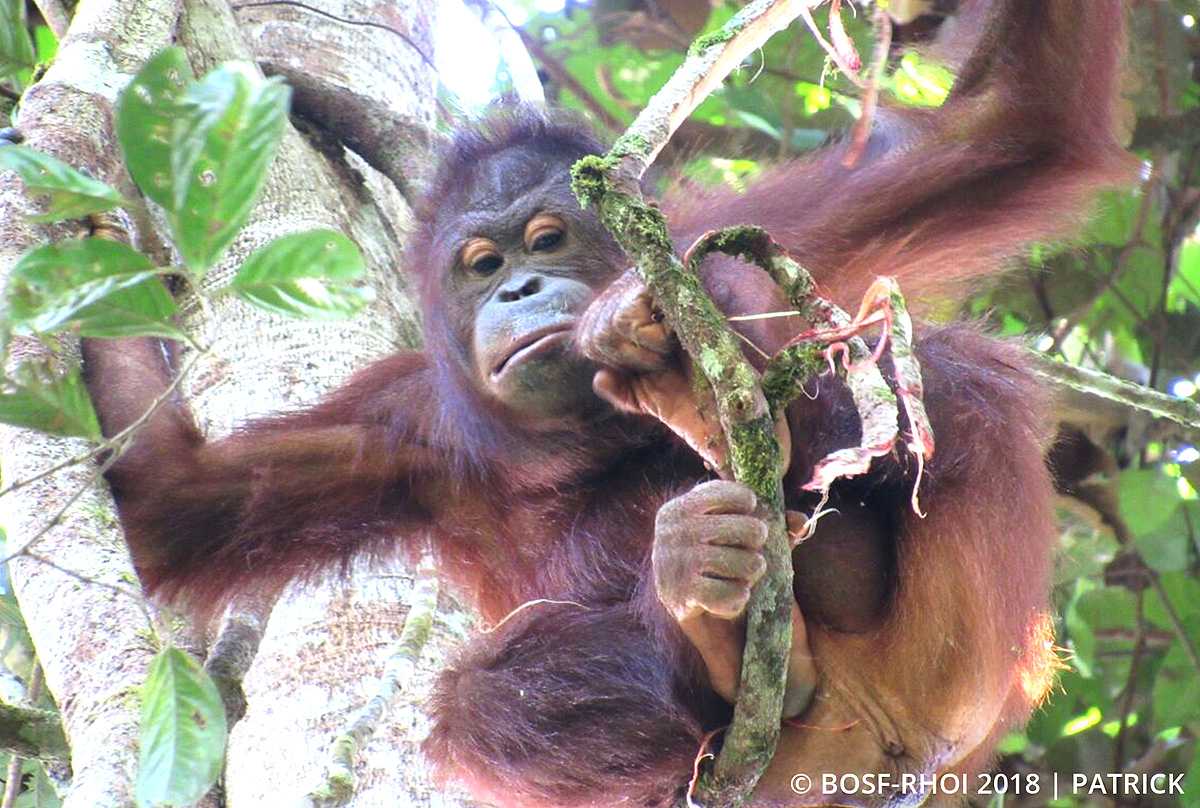 When the two tired of exploring during the day, Cheryl would make a mattress-like base on the ground under the shade of the canopy, and lay down with Erina. In the afternoons, they would work together to build a comfortable night nest. 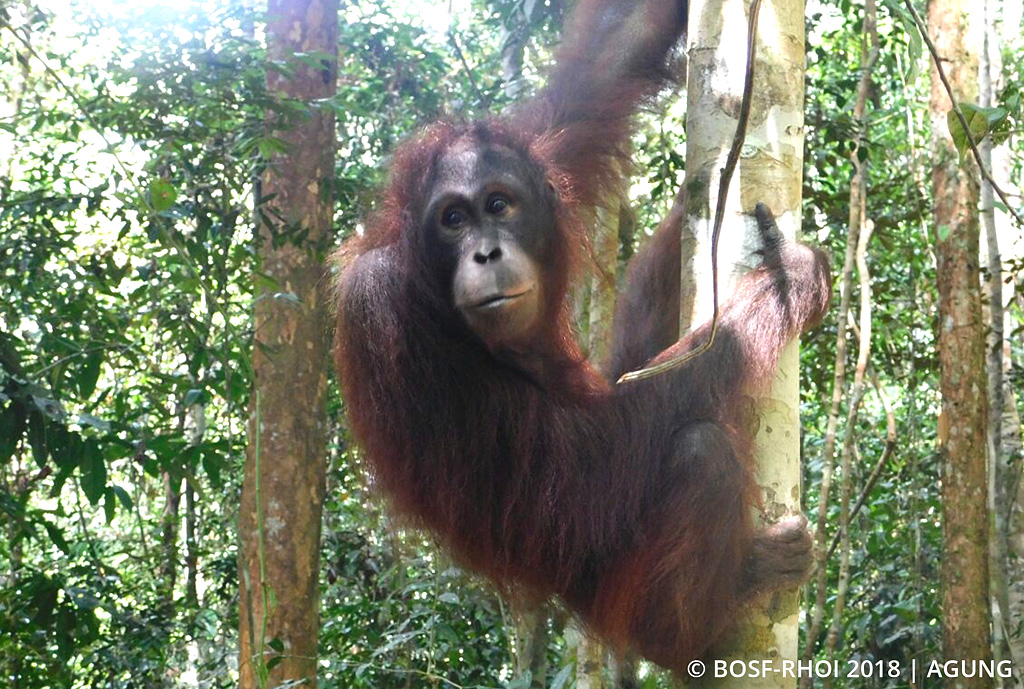 Our team was actually worried about Cheryl prior to her reunion with pal Erina. She tended to wake up late, consumed a small volume of natural food, and looked lethargic. She spent too much time on the ground and would lay down for most of the day. That all changed when she caught up with her bestie, Erina. Since their reunion, Cheryl has become more active and engaged with the environment around her. She now gets up earlier and enjoys playing in the trees with Erina. We are extremely glad to see this positive change in her behaviour!During the third day of observations, the two circled and explored along a slope. Cheryl and Erina seemed to be very happy to be in one another’s company again, and the team had to work hard to follow them as they actively explored their surroundings together. The team was able to keep up with the two for most of the day, until the sky began to darken as evening set in. Erina climbed up a big tree and started to weave together twigs, branches, and leaves. Cheryl joined to help her construct the nest they would occupy together that night. After a few quick breaks interspersed with snacking, the pair retired to their nest for the evening. The PRM team waited until there were no more visible movements, then headed back to Nles Mamse Camp. Goodnight, sleep tight, Cheryl and Erina. We can’t wait to observe you again!