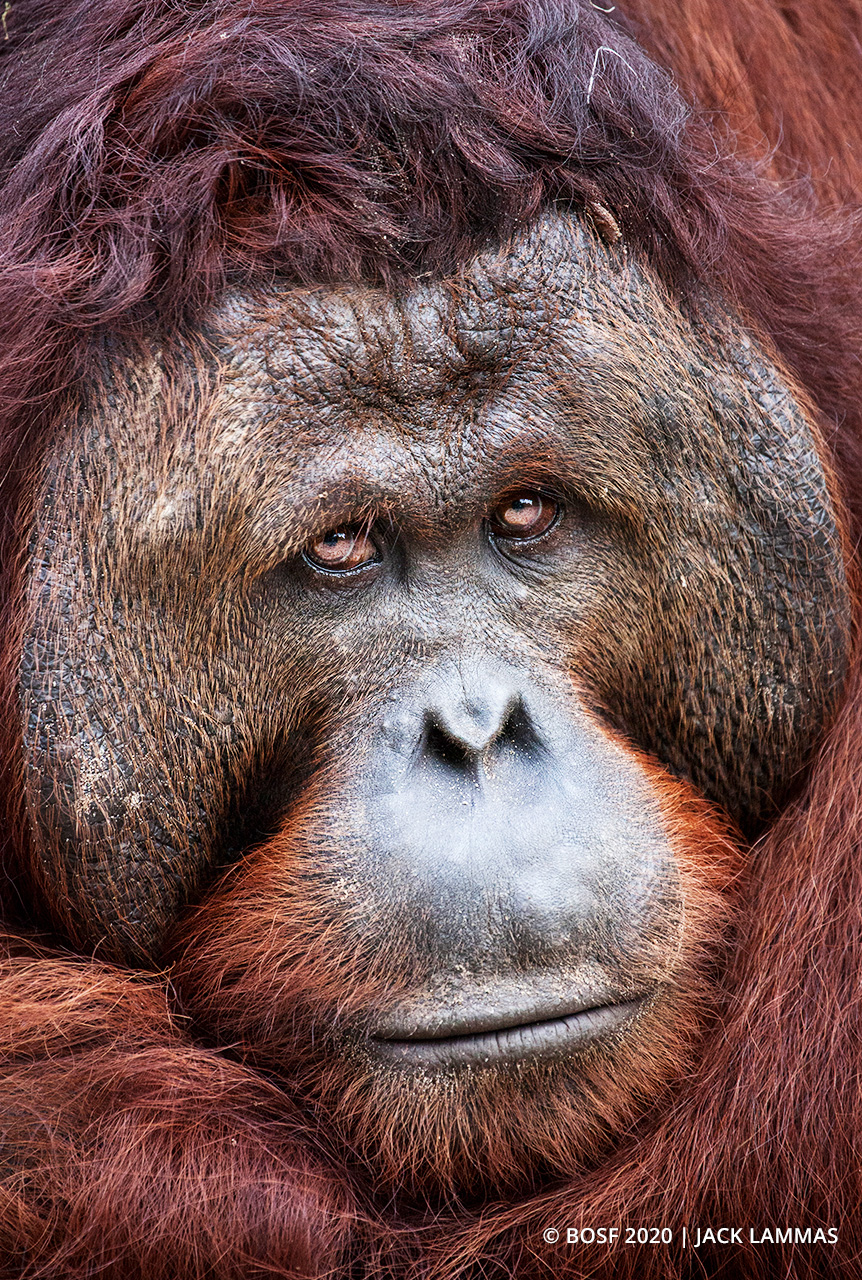 April 29, 2020 — It was 4:00 am when we left camp. Darkness still cloaked the primeval forest with only the faint silhouette of ancient trees and their host of epiphytes and lianas visible. The river was shrouded in an early morning mist and all that could be heard was the haunting songs of gibbons echoing in the distance.

BOS Foundation Technicians, Otong and Tukijo, fired up the boat and we raced through the darkness, down the winding network of rivers as the rapid chug of the engine reverberated through us. Both technicians had grown up in local Dayak villages, and it was obvious that they held a vast knowledge of the area as the easily navigated their way through the graveyard of fallen trees, half-submerged in the river. As we drew closer to our destination, dawn began to break, illuminating a crimson sky. The beat of the engine chugged to a lifeless halt and we washed up onto the riverbank cushioned by mud and litterfall. It was time to disembark.

As Tukijo and I trekked into the dense undergrowth, an orchestra of birds, insects, and primates began to crescendo throughout the forest. The jungle was awakening. Guided by our trusted GPS, we approached Kisar’s night nest, and just in time, the trees had begun to sway, straining under an enormous weight. A huge figure draped in long red hair vaulted itself through the canopy. It was breakfast for the handsome flanged male and a fruit, known locally as Tapang, was on the menu. The gentle giant perched in the trees and gorged on the ripe, succulent fruit. I sat on a log whilst collecting data and listening to the masticating sounds of this content creature.

Some time had passed and Kisar’s curious nature appeared to get the better of him. He became disinterested in his breakfast and increasingly preoccupied with our presence. He braced the circumference of the tree, firmly wrapping his arms and legs entirely around. In a swift motion he slid down the trunk and with a gentle thud his bottom hit the ground. I must admit he looked rather comical. Nonetheless, we casually walked away only to soon discover Kisar casually following behind. After a few metres he stopped and rolled onto his back propping his arms behind his head. He lay there like a sunbathing wookiee with glazed over puppy dog eyes. 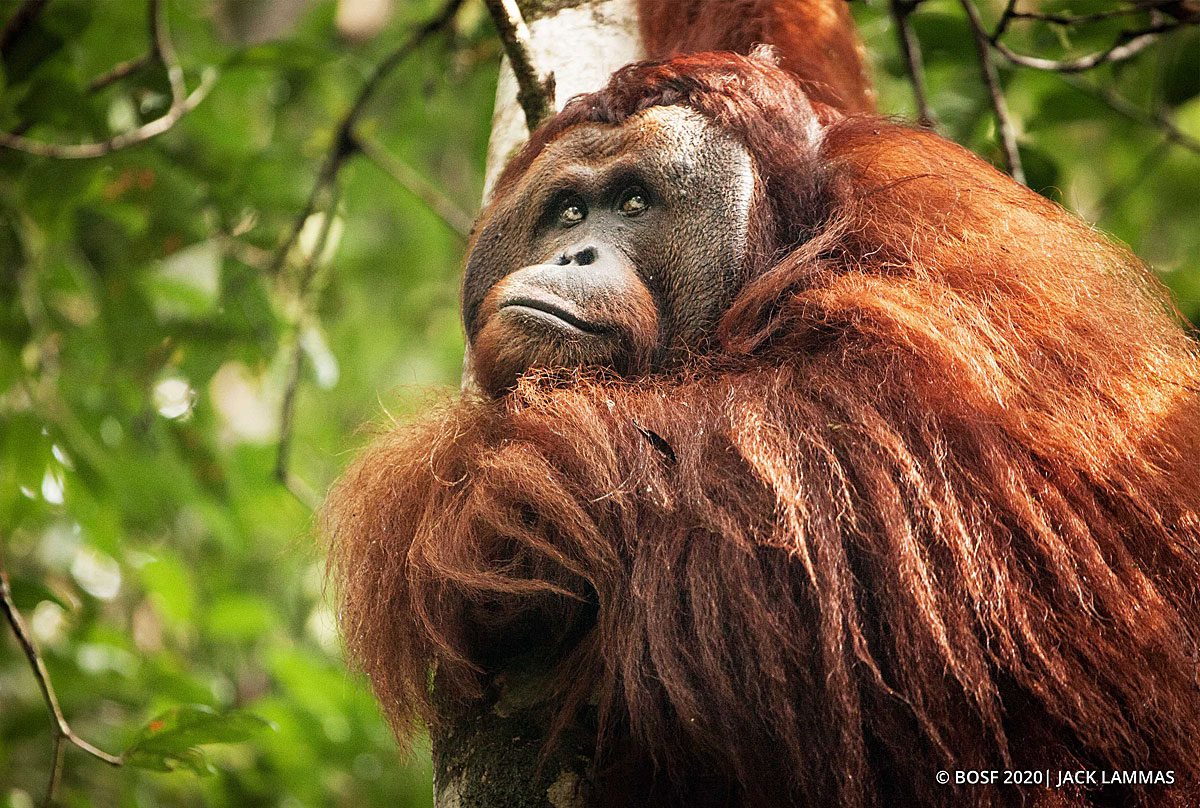 Thankfully, after his initial inspection, Kisar quickly grew bored of the hairless apes with clipboards following him around. Food was back on his mind and he soon ascended high into the canopy. He became virtually impossible to see but we knew he was there due to the familiar chomping noises of a feeding orangutan. Midday was soon approaching, and the forest drew peaceful and quiet. It felt as if all life was seeking some relief from the sauna-like heat of the tropics. Everything was still, apart from the occasional small Meranti branch floating to the ground, stripped of all its flowers.

Eventually the serenity was interrupted by a sudden crashing sound as Kisar frantically descended from the canopy. He had rudely interrupted the buzzing residents of a beehive. By sticking his big, meaty fingers into the sticky honey, he had destroyed the hard labour of the busy bees. They were not pleased, to say the least, and had swarmed Kisar in retaliation, stinging his face and hands. The cloud of angry bees followed Kisar as he bound through the forest like a bull in a china shop. He eventually found relief at the river where he splashed water over his face. After the bees had given up on the chase, he rested for a time with a sulky expression on his sore, bumpy face.

We continued to follow Kisar in the following days to collect sufficient data on his behaviour following his release in 2019. It was an incredible experience to see him adapt so comfortably to his new home. He would eat large amounts throughout the day and spend considerable time high up in the canopy. On one occasion he even displayed dominant behaviours vocalising and attracting the attention of a young female named Garu. While we continue to monitor his actions, we are pleased that all the evidence indicates his reintroduction to be a success story. Enjoy your new forest home Kisar!