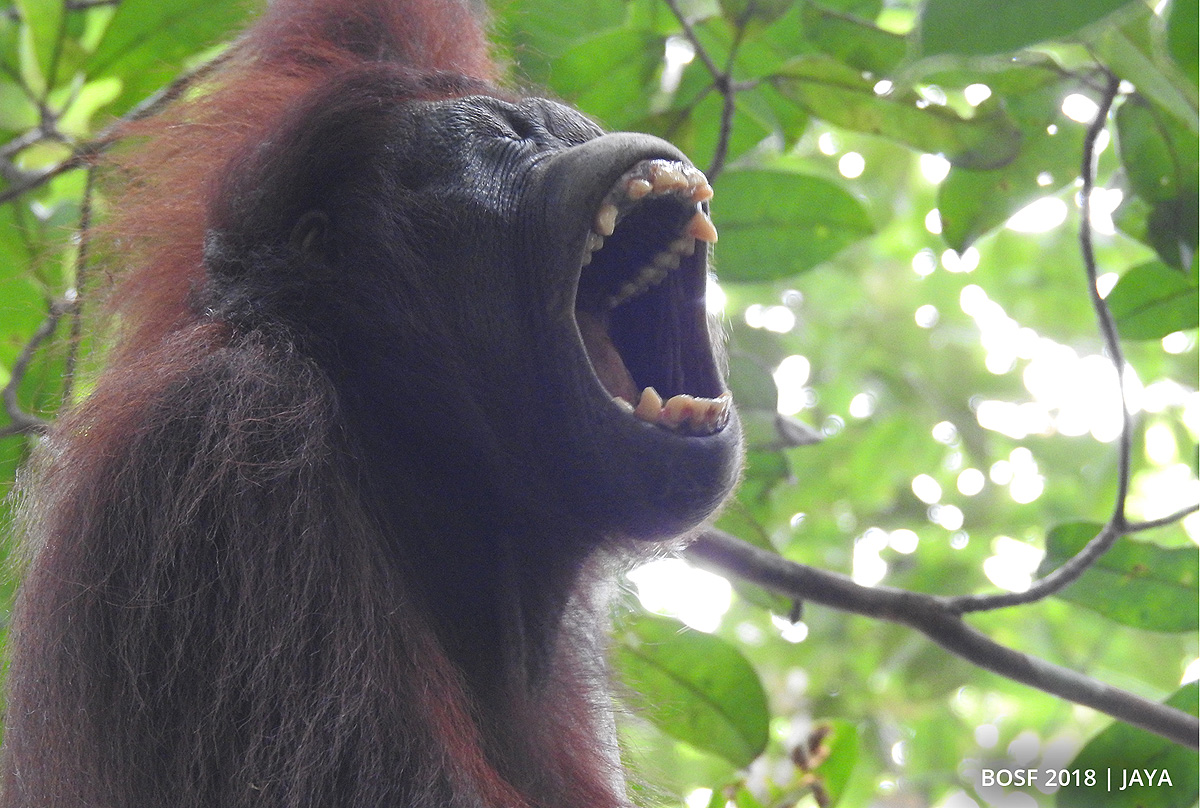 May 9, 2018 — As I stand in the jungle observing the orangutan residents of Batikap Conservation Forest, I find myself comparing them to human children. Even a short observation of their behavior indicates that these great apes, who have 97% of the same DNA as human beings, are highly intelligent and curious creatures, full of potential. Observations also show another similarity; that sometimes their curiosity can get the better of them, and they can make awful decisions!

There is no better example of this than the regular patrol the PRM team from Totat Jalu Camp conducted a few weeks ago to observe Suta. At 14 years old, Suta is a mature, adult female. She has been living and thriving in Batikap for two years now. Like most orangutans, she enjoys spending most of her time up in the trees eating absolutely everything in sight. Unlike most orangutans, however, she has an unexplained hatred of women, and is so against setting foot on the ground that she takes everything up into the trees with her – even termite-filled logs! 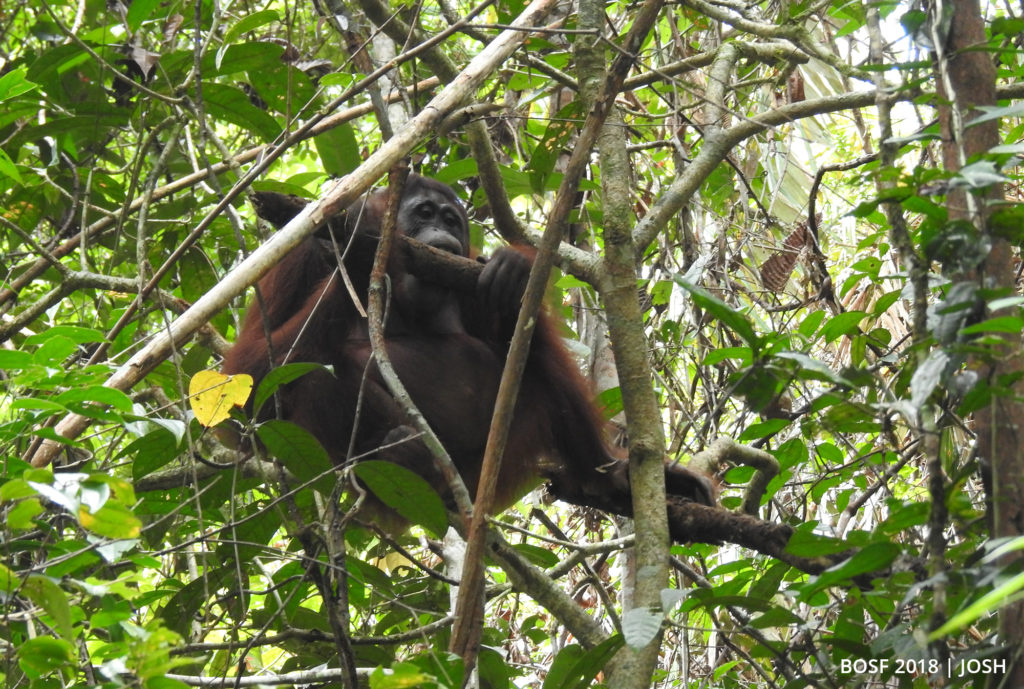 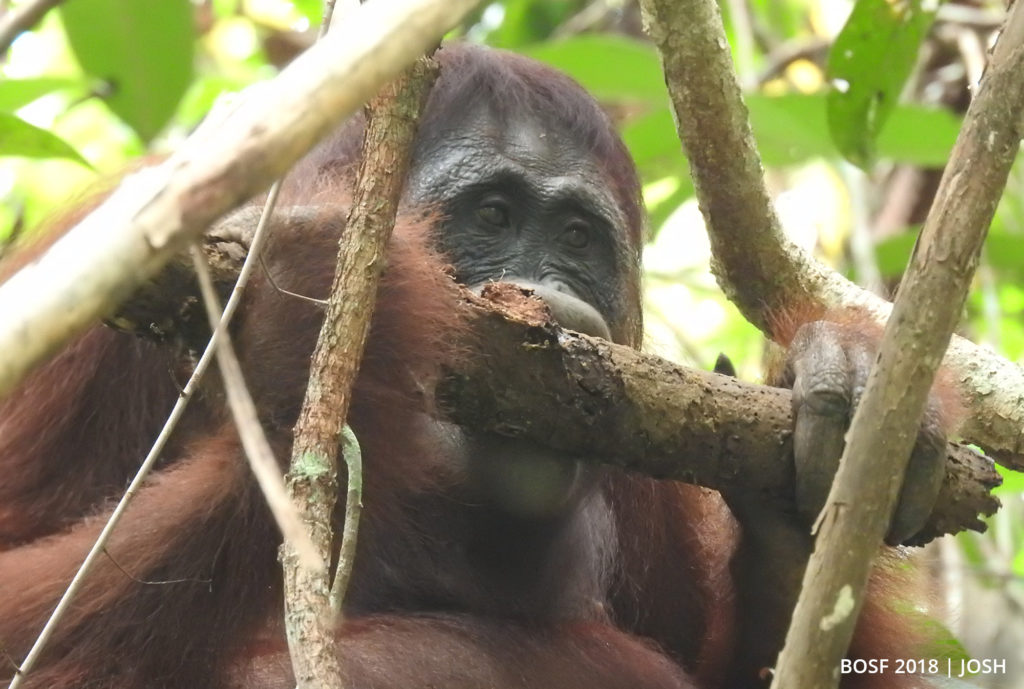 Suta eats termites in a tree

On this particular day, Suta could not seem to satisfy her hunger, and had to explore new possibilities. We watched as she approached what appeared to be a large mass on a tree. Suddenly, bees were flying everywhere! We had never seen an orangutan move as fast as Suta did in that moment! Still, she was not fast enough to avoid being stung. We watched as she persistently slapped herself with her hands to try to get the bees to disperse. When this failed she grabbed branches from nearby trees and slapped them against herself. As a last resort she started to rub her back and the rest of her body against the trunk of the tree to scrape off the bees. We couldn’t help but feel sorry for her as we watched her struggle; but we also could not help letting a little laughter escape.

Suta is not the only orangutan to go up against bees and come off second-best. Two days later, we witnessed Mardianto experience the same fate. He chose to quickly run off instead, and didn’t even bother to flick the bees off himself like Suta did. Once he finally calmed down, we noticed that the whole right side of his face was covered in bee stings! 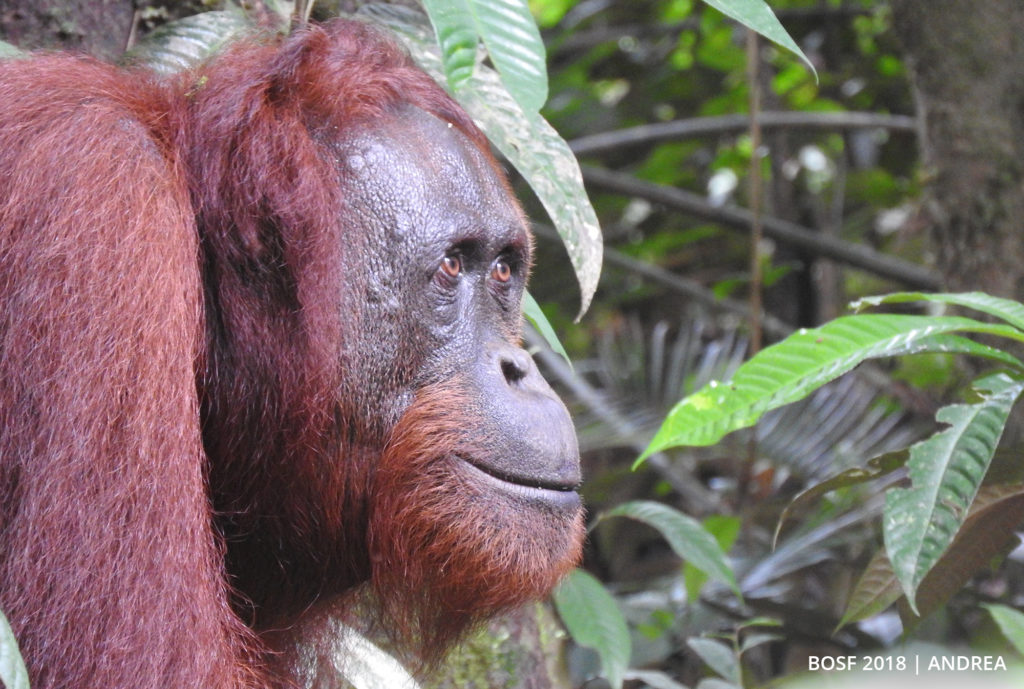 The curiosity displayed by Suta and Mardianto, and others released to the forest, is an excellent sign that our rehabilitated orangutans are able to adapt to life in the wilds of Kalimantan. They are willing to eat a varied diet and travel long distances, which is necessary in order to find different food sources. However, their curiosity and bee-haviour can sometimes land them in a sticky spot!