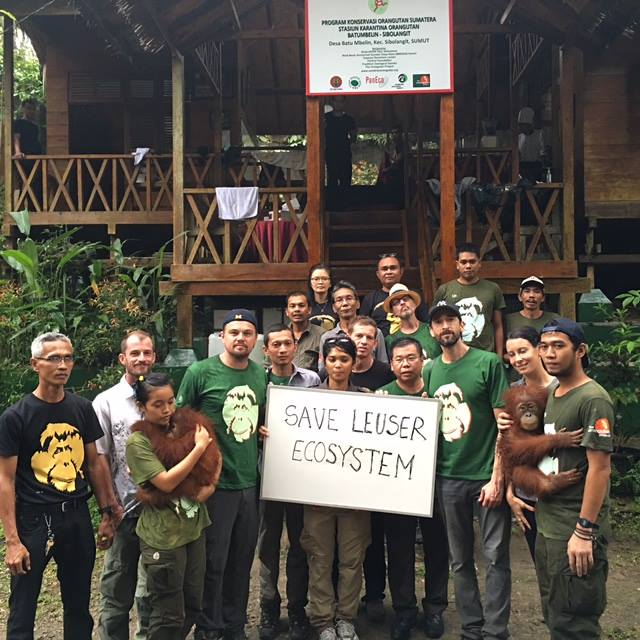 The globally important Leuser Ecosystem, threatened by palm oil and other encroaching development, is a growing focus of Indonesian and international conservation efforts.

March 29th 2016 — Medan, Indonesia - Actor and environmentalist Leonardo DiCaprio has just left Sumatra after a two day trip to the Leuser Ecosystem in Indonesia, where he met with and gave his support to local groups working to save this critical landscape from destruction by palm oil plantations, mining, logging, new roads and other development threats.

DiCaprio posted this on his personal Instagram Tuesday morning Indonesian time: “The Leonardo DiCaprio Foundation is supporting local partners to establish a mega-fauna sanctuary in the Leuser Ecosystem, the last place on Earth where Sumatran orangutans, tigers, rhinos and elephants coexist in the wild.” 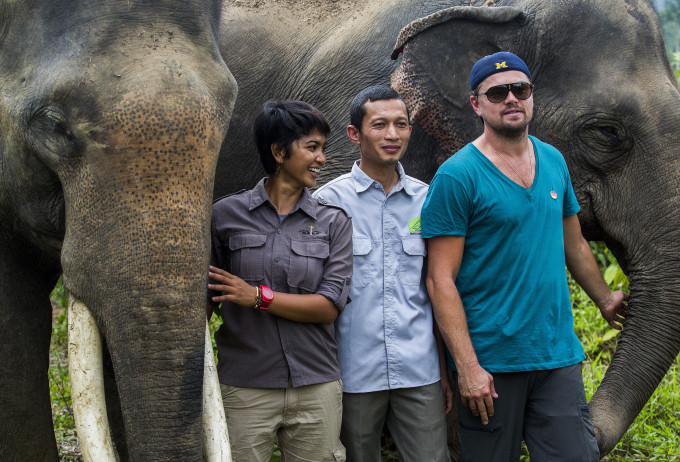 The 2.6 million hectare (6.5 million acre) Leuser Ecosystem, located on the island of Sumatra, is a global biodiversity hotspot and a high priority landscape for conservation. The iconic wildlife species that call it home are likely to be pushed to extinction forever if this last habitat stronghold is lost.

The Leuser Ecosystem plays a critical role in helping regulate the Earth’s climate by absorbing carbon pollution and storing massive amounts of carbon in its lowland rainforests and peatlands. Millions of local people depend directly on the Leuser Ecosystem for their livelihoods and as the central source of their clean water supply. Its forested watersheds also minimize the number and severity of environmental disasters in the region, which already kill many and cost millions of dollars each year.

Despite all its obvious benefits, however, a controversial Spatial Land Use Plan being adopted by the Government of Aceh Province potentially opens up huge tracts of the Leuser Ecosystem for new palm oil plantations, timber and mining concessions, and construction of new roads that lead to even further destruction.

To counter this new threat, local leaders in Aceh have taken the fight to protect the Leuser Ecosystem to the courts in Indonesia. Nine plaintiffs have filed a class-action lawsuit against Indonesia’s Minister of Home Affairs for failing to reject the Aceh Spatial Plan, even though his own letter to the Aceh Government indicated he had no choice but to do so if several legal infringements within the plan were not rectified.

“We are an alliance of concerned citizens who have been fighting for nearly three years, since the Aceh government unlawfully legalized a new land use plan that would effectively dissolve protection of much of the Leuser Ecosystem, whitewashing crimes of the past and paving the way for a new wave of catastrophic ecological destruction,” said one of the plaintiffs and HAkA Chairperson Farwiza Farhan. “We are calling on the government to show their good intentions and revise the Aceh Spatial Plan to include protection for the Leuser Ecosystem as required under several national laws.”

Environmental and human rights advocates say that if approved, the Aceh Spatial Plan would be disastrous and condemn the Leuser Ecosystem to destruction.

Forest, Nature, and Environment Aceh (HAkA) is a local NGO in that strives for a stronger and healthier Aceh. HAkA works to empower civil society, whose members contribute to the wellbeing of the province by participating in activities that enhance environmental function to provide clean air, water and earth, and to sustain forest, river and ocean.