Lunch Date in the Canopy 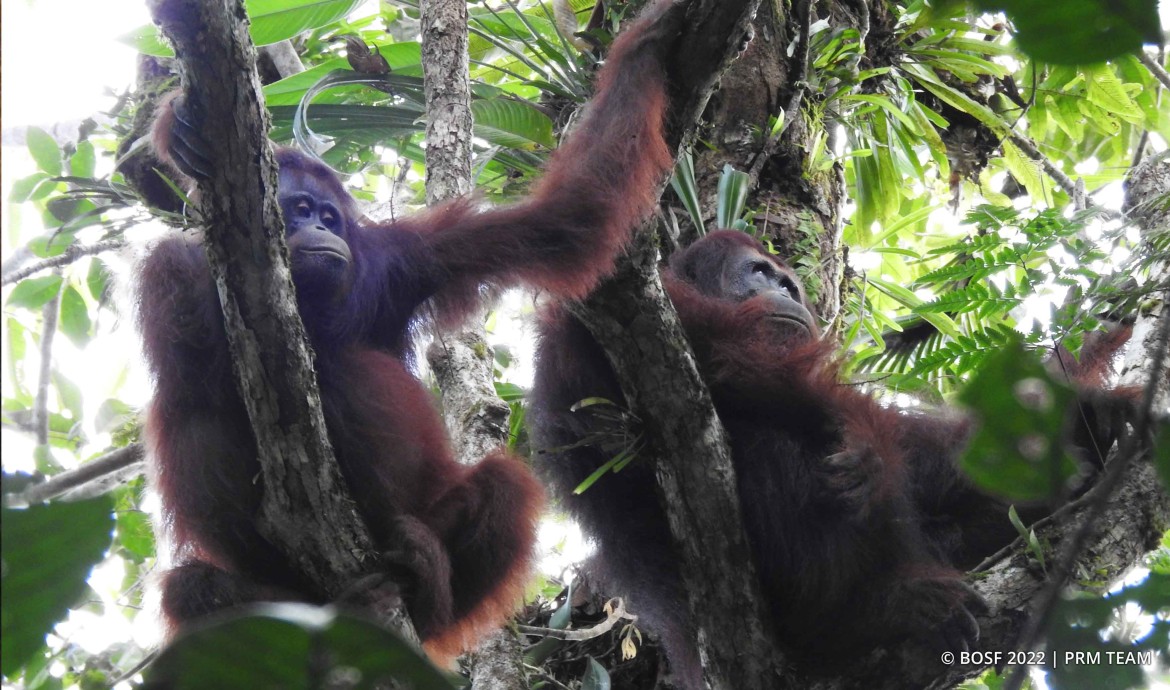 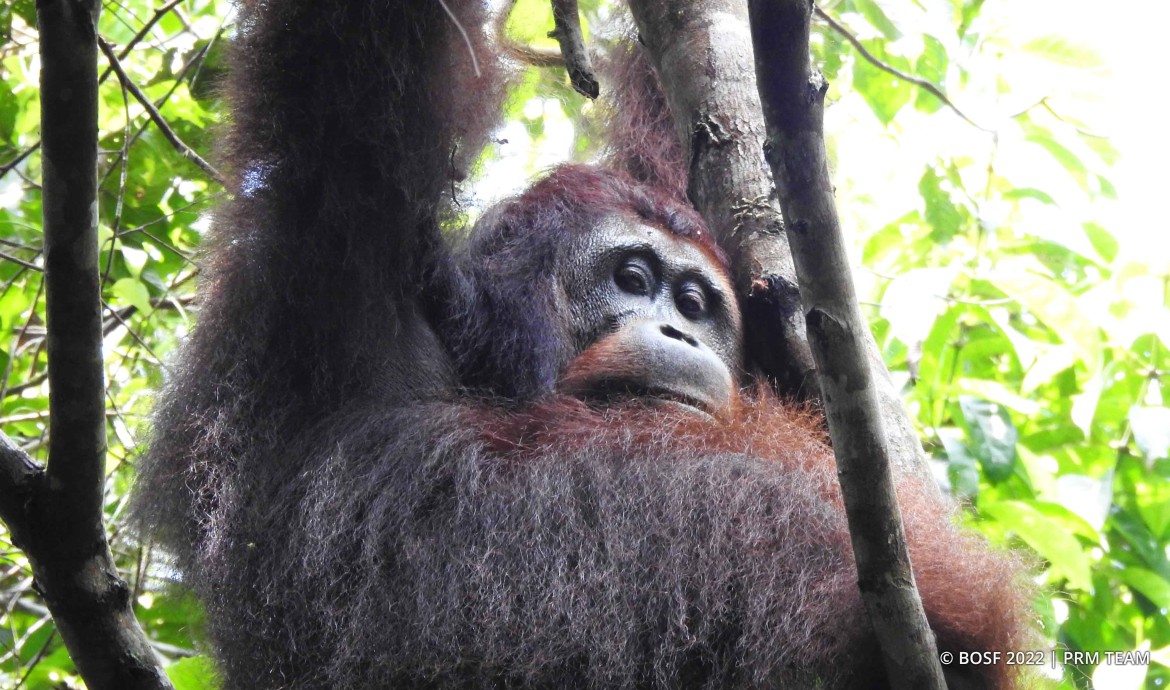 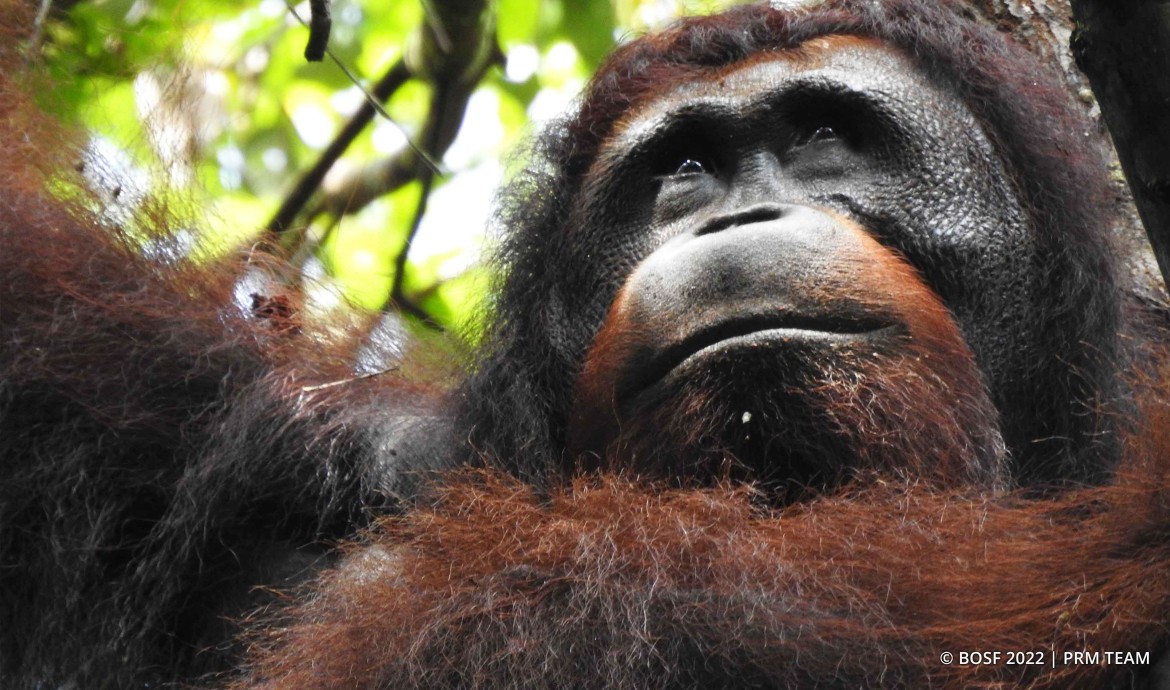 Walking through the forest for hours on end in search of orangutans is indeed a tiring task. Yet, all exhaustion disappears when our hard work pays off and we come across an orangutan, or orangutans! The following is a brief account from last year, of a highly successful day of observations.

In early April 2021, our Post-Release Monitoring (PRM) team in the Bukit Baka Bukit Raya National Park (TNBBBR) in Central Kalimantan, carried out a routine patrol to monitor released orangutans. As usual, the team left Camp Lewun Kahio (meaning ‘orangutan home’ in the local language) early in the morning and set out to explore the forest for the day. After several hours of hiking, the team was still unable to find any orangutans to monitor.

Following a short lunch break, the team continued through the forest and finally arrived at the Sebindang River, a tributary of the Bemban River, the major river in the area. The location is about an hour boat ride upstream to the camp by a motorised boat, known locally as a ces. In the Sebindang River, the team spotted two orangutans on the riverbank who were busy enjoying a meal together. Our PRM team members immediately geared up and sprang into action!

The two orangutans were identified as Ibut, a male we released in October 2016, and China, a female released in July 2018. They were both eating ficus fruits. Ficus is an all-in-one kind of plant for orangutans, as they consume its fruits, leaves, and barks.

During observations, both orangutans were engrossed in eating ficus fruit and remained in the same tree. Physically, China and Ibut looked to be in good condition and they clearly had healthy appetites. We observed the pair until they settled down to build their night nests, which were located in close proximity to the ficus tree. Our team managed to collect plenty of data on their foraging behaviour, as well as their physical health on the day.

This was the last time our PRM team observed these two orangutans together. Until now, China has yet to reappear on our patrols, but Ibut was last observed in mid-October with Paduran. We hope that all the orangutans we release will thrive in the forest are busy living free and happy lives in the wild!