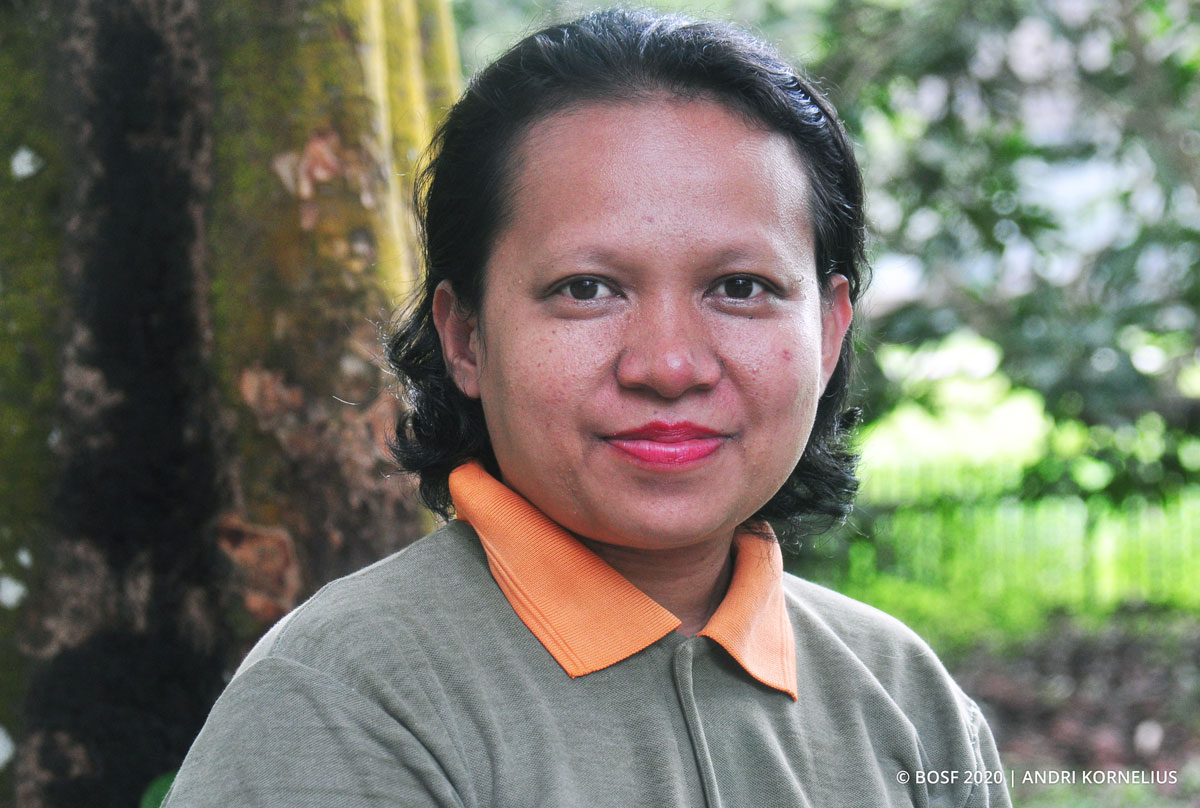 February 20, 2020 — Established in 1991, the Borneo Orangutan Survival (BOS) Foundation has remained true to its initial call and cause to this day, focusing on the ‘conservation of the Bornean orangutan and its habitat, with participation from the local community’. This collective effort requires continuous, positive synergy in order for the desired results to be achieved.

The BOS Foundation's success in releasing more than 400 orangutans over the past eight years is in large part due to a team of highly dedicated individuals, committed to orangutan conservation. Those tough, hardworking men and women who do what they do, for the love of it. They are our Orangutan Warriors. Thanks to these people, orangutans are now roaming free in the wild and in protected forests across Kalimantan.

Today, let’s meet one such individual: Hanni, from the enrichment team at the BOS Foundation's Nyaru Menteng Orangutan Rehabilitation Center, in Central Kalimantan. Hanni also happens to be the only female in the eight-member enrichment team.

"My name is Hanni Puspita Sari. I have been working here since 17 November, 2000. I started as a surrogate mother, a babysitter, a role I fulfilled until 2008," she began her story.

The enrichment team has the responsibility of monitoring the nutritional intake of every orangutan in the rehabilitation centre, right up until the moment they are released in the forest. It is by no means an easy task, as careful consideration must be made to create the best menu for orangutans being trained for a future in the wild, as well as those who sadly cannot be released. The Nyaru Menteng team currently cares for as many as 158 orangutans, requiring more than 100 enrichments to be made on a daily basis.

"‘Enrichment’ does not just mean providing tools or toys, or supplementary foods for orangutans, you know. It also relates to their gestures and their interests. Over time, I have slowly learned more about different individual needs, and how to differentiate enrichments," Hanni said, describing an interesting aspect of her job.

The different and unique personalities of the orangutans has become Hanni's challenge to identify. “I need to be creative and aware of what each individual needs, and know every orangutan we are caring for in Nyaru Menteng, regardless of the different age groups, abilities, and such”, Hani said of what challenges her most in the team.

Some orangutans are not eligible for release, due to either a lack of skills and natural behaviors, an uncured illness, or a significant physical disability. For these ‘un-releasable’ orangutans, Hanni and the other members of the enrichment team need to make them comfortable in the enclosures, before they get their chance to live on a sanctuary island.

"We need to create certain enrichment tools and provide infrastructure to support their rehabilitation, even if we know they may not be released to the wild. We have to relieve them of boredom and keep their minds occupied, because orangutans experience stress and boredom just like humans.

"The whole purpose of rehabilitation is to enable orangutans to live free in a wild habitat, but the sad truth is, not all will get the same opportunity," Hanni acknowledged.

As someone working behind the scenes of the orangutan rehabilitation process, Hanni would like to convey this message: "I hope that our work here can come to real fruition someday. We hope the orangutans in our care will live a good life, and that the species will survive. Actually by helping them return to their forest home, we are doing a good thing for the planet, and for all mankind." 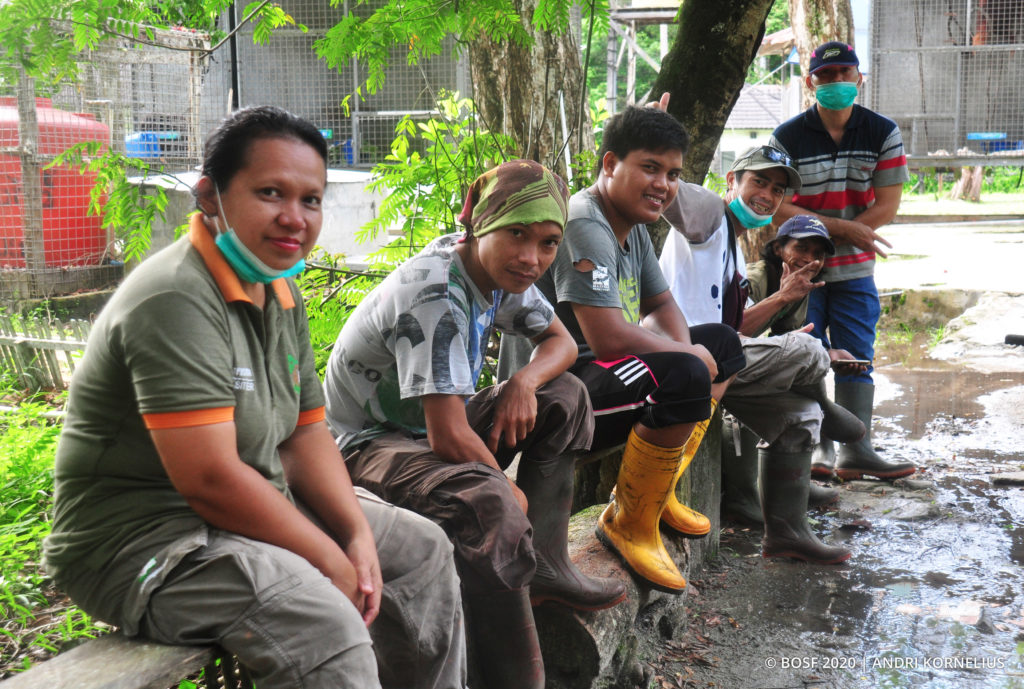 Hanni and the team