Messi: Born to Be Wild 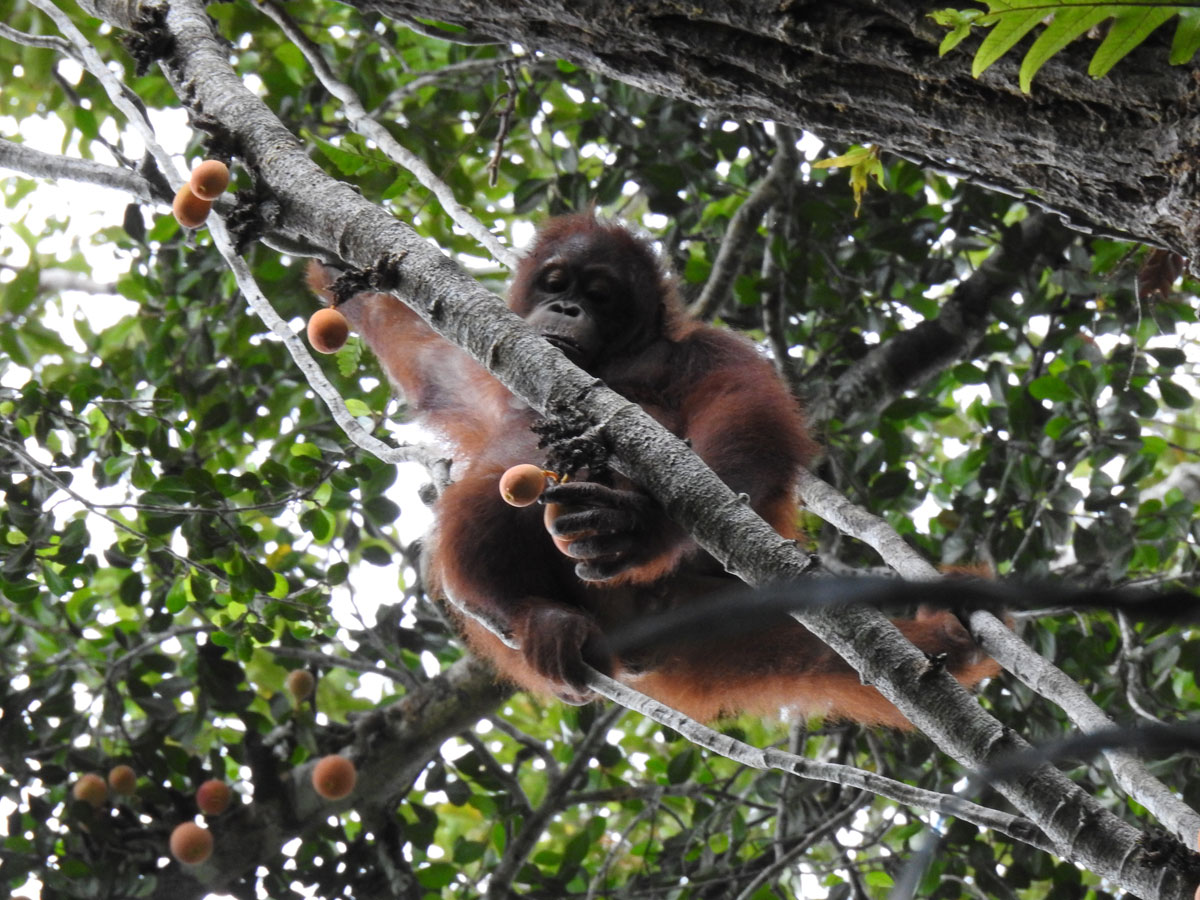 July 15, 2020 — “Stop! There’s one at the top of that tree”, I yelled over the loud sound of our motorboat so that Titu, our skipper for the day, could hear. We, the Post-Release Monitoring (PRM) team, were traveling along the Joloi River in the Bukit Batikap Forest, Central Kalimantan, in search of released orangutans.

High up in the canopy, I had spotted an orangutan, eating while dangling from a branch. We quickly moved toward the river bank to take a closer look, and ended up finding not one, but three orangutans! We immediately tried to identify them, based on their behaviors and physical characteristics.

At first, none of us succeeded. But after taking a look at our photographs and comparing them with others in our image database, we learned that the orangutans we had found were Messi, Monic, and Gina. All three were eating in the same area.

Messi was born seven years ago in Batikap to mother Monic, who was released in the forest a year before Messi was born. As a mother, Monic has done a fantastic job teaching Messi how to identify food, build nests of his own, brachiate in the forest canopy, and identify and respond to predators and other threats. During our observations, we saw that Messi had already acquired the skills that are passed on by orangutan mothers to their offspring during their 7-8 year period of maternal dependence.

Messi did not seem to be bothered by our observations of him, as he continued to forage and ate in the tops of the tall trees. He occasionally approached Gina, who was released four years ago, to wrestle with her. When Gina climbed down to the forest floor to eat termites, Messi became intrigued and paid extra attention to her. The natural food the three consumed for the day included Shorea sp. bark, rattan piths, young leaves, pandan piths, ants, forest fruits, and termites. 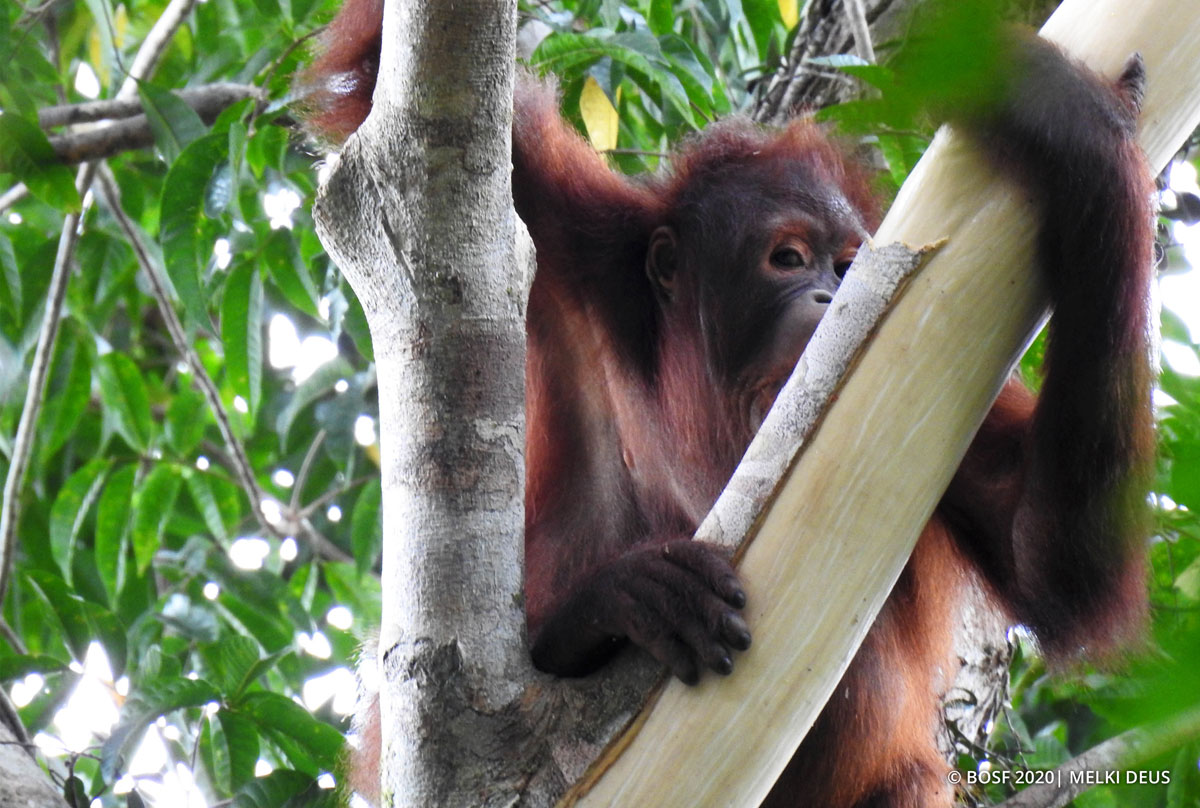 We also noted that Monic was showing physical signs of hormonal changes, possibly indicative of early pregnancy, including swollen nipples and an enlarged abdomen. If Monic is indeed with child, this will mean that Messi will soon have to start living on his own, away from his mother. However, Monic still seemed to be following Messi wherever he went. Perhaps it is mother Monic who is not ready to live separately from her son? 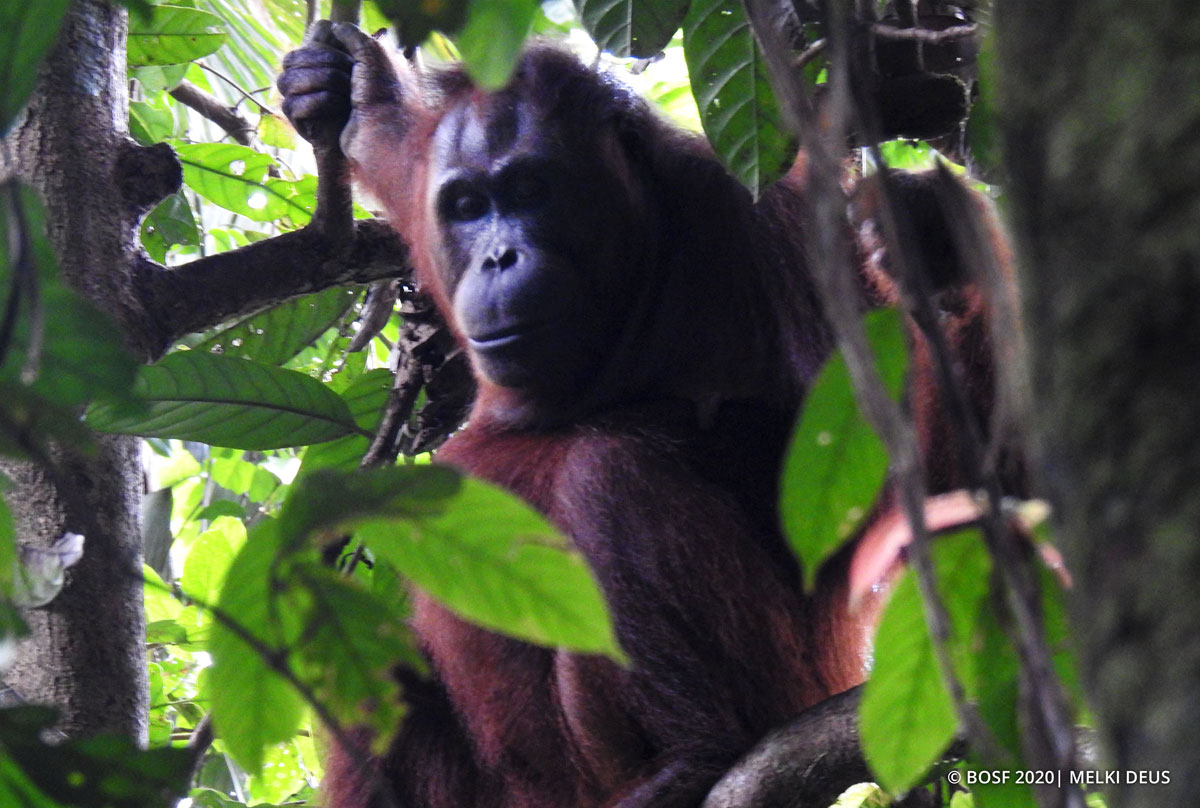 The bond between Monic and Messi is deeply touching and beautiful to witness. Despite Messi being at an appropriate age for independence, it seems he is still enjoying living together with his mother. Judging from the skills he displayed throughout our day of observations, we are convinced that Messi will certainly be able to survive independently in the Bukit Batikap Forest. 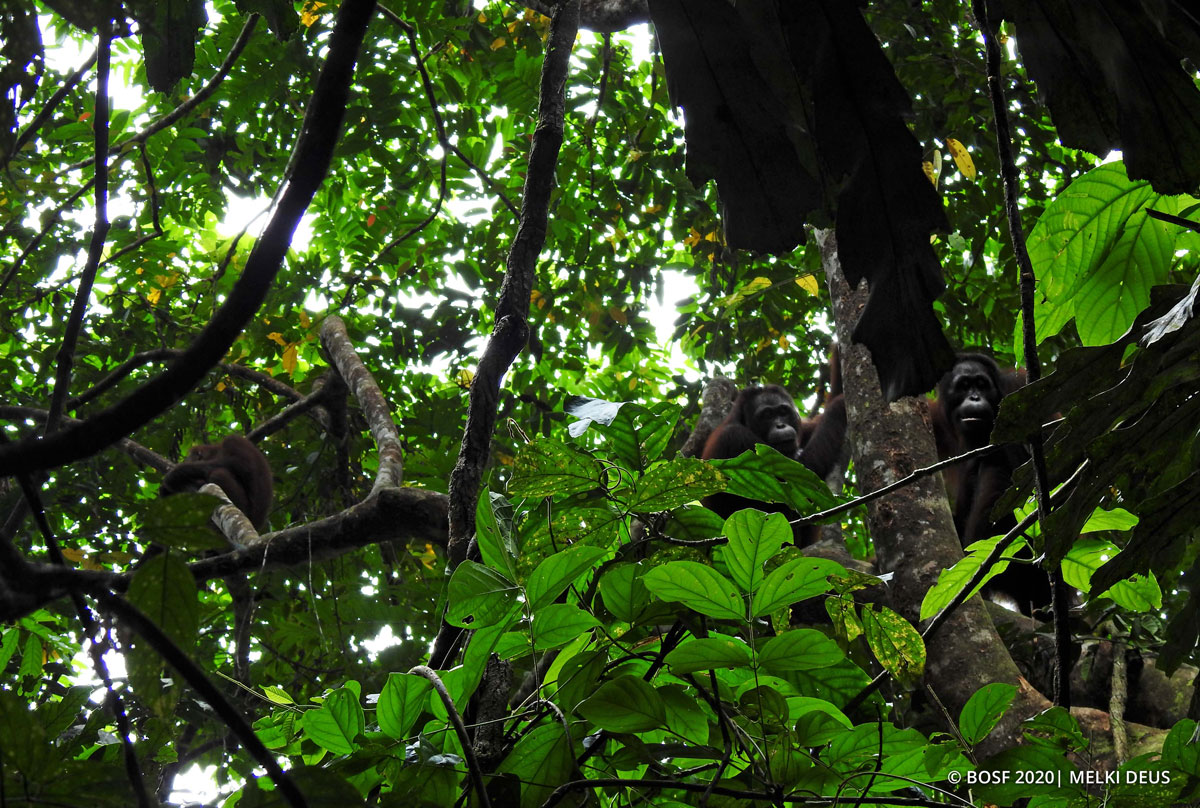 Messi, Monic, and Gina were eating in the same area.

We hope to see Messi grow to become a dominant male figure in the forest someday, and play a major role in increasing the orangutan population and maintaining his habitat. For this, we need to thank Monic for doing her part as a superb mother!