It’s always nice to catch up with orangutans in the forest who haven’t been seen for some time. We are delighted to see them again, as they are proof that rehabilitated orangutans can return to nature and thrive in the forest. So, who did our Post-Release Monitoring (PRM) team encounter recently?

At the end of September, the PRM team from Camp Lesik, in the Kehje Sewen Forest, East Kalimantan, set off from camp early in the morning to monitor orangutans. That day, we began monitoring at Transect Titin and continued across the Lembu River.

We trekked to the top of a hill on Transect Titin, taking a break to rest for a while. We kept our ears and eyes peeled for signs of orangutan activity, but to no avail. We took our time hiking down to the Lembu crossing, as we didn’t want to return to camp before finding something to report.

Suddenly, we detected some movement in the trees! Excited, we immediately checked the source and tried to get a visual. After a few minutes, we located and identified the orangutan in question. It was Mona, a female orangutan we released in 2013, who was last monitored in February this year.

During observations, Mona actively moved around to forage for natural foods available in the area. She caught sight of us just as we were about to follow her, from a safe distance. She looked agitated, indicating her displeasure at our presence. As always, we responded to this by retreating and giving her more space; after she looked at ease again, we carefully continued to follow her. Scraps could be seen around the area that indicated Mona had just consumed a large amount of Etlingera (a wild species of ginger) shoots. 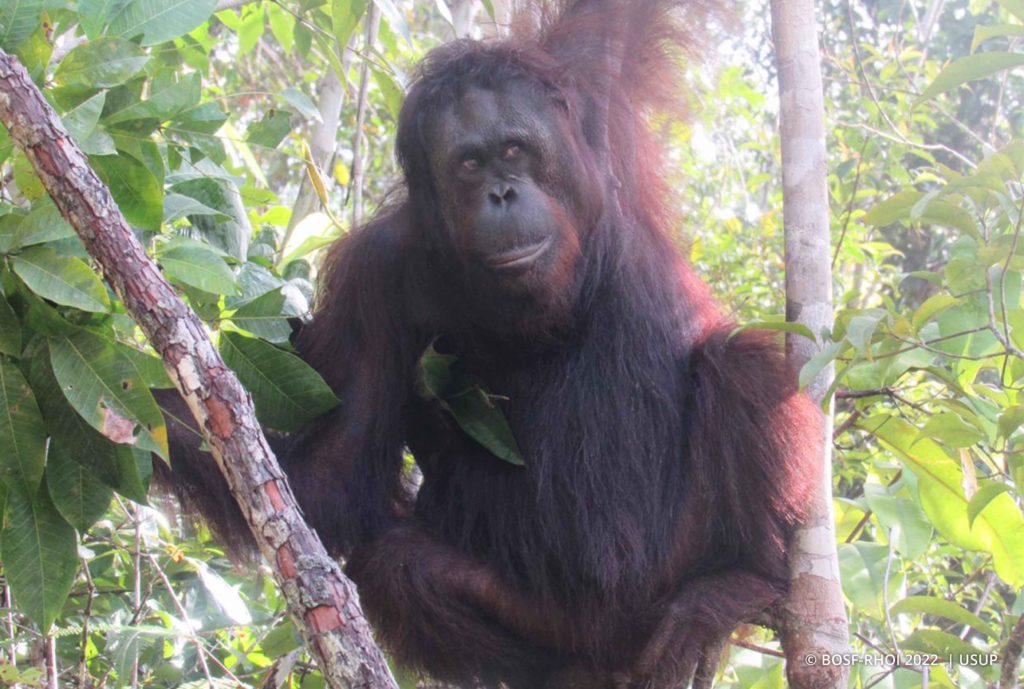 We recorded Mona’s activities for a few hours, until she climbed up the hillside and left us behind in the twilight. Shortly after this, as we were walking back to camp, a long call rang out in the distance. Long calls, produced by adult male orangutans, are used to mark a male’s territory and as a mating call to attract females. We made the journey back to camp, pondering over who might have made the long call.

At the end of the day, we were pleased to have found and observed Mona, who was last seen more than seven months ago. It was wonderful to gain more information to add to our collection of observation data. We hope Mona remains in good health and lives a happy life in the wild!