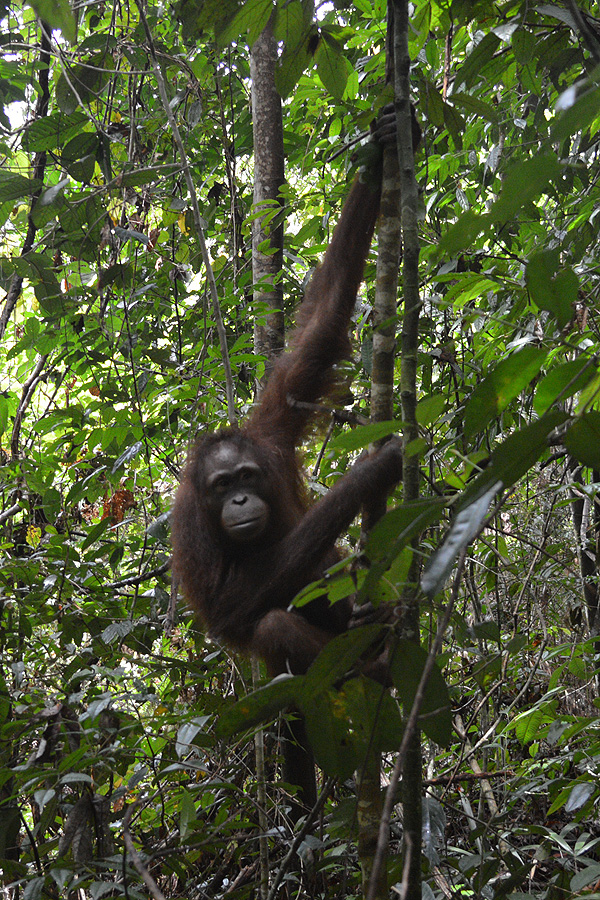 We are thrilled to share with you some very exciting news!

Mimi has been released back into the forest!

Mimi was confiscated from illegal pet traders in 2010 along with her best friend Momo. Like so many other orangutans, their mothers had been murdered and the infants had been taken from the interior of Borneo. At the time of their confiscation they were waiting to be sold to animal traffickers and smuggled out of Indonesia.

Mimi and Momo were being kept in truly heinous conditions— in the back of a house in a tiny cage overlooking a sewer in the town of Sintang. They were both suffering from severe malnutrition and Mimi was nearly hairless. They would not let go of each other and squealed whenever they were pulled apart. 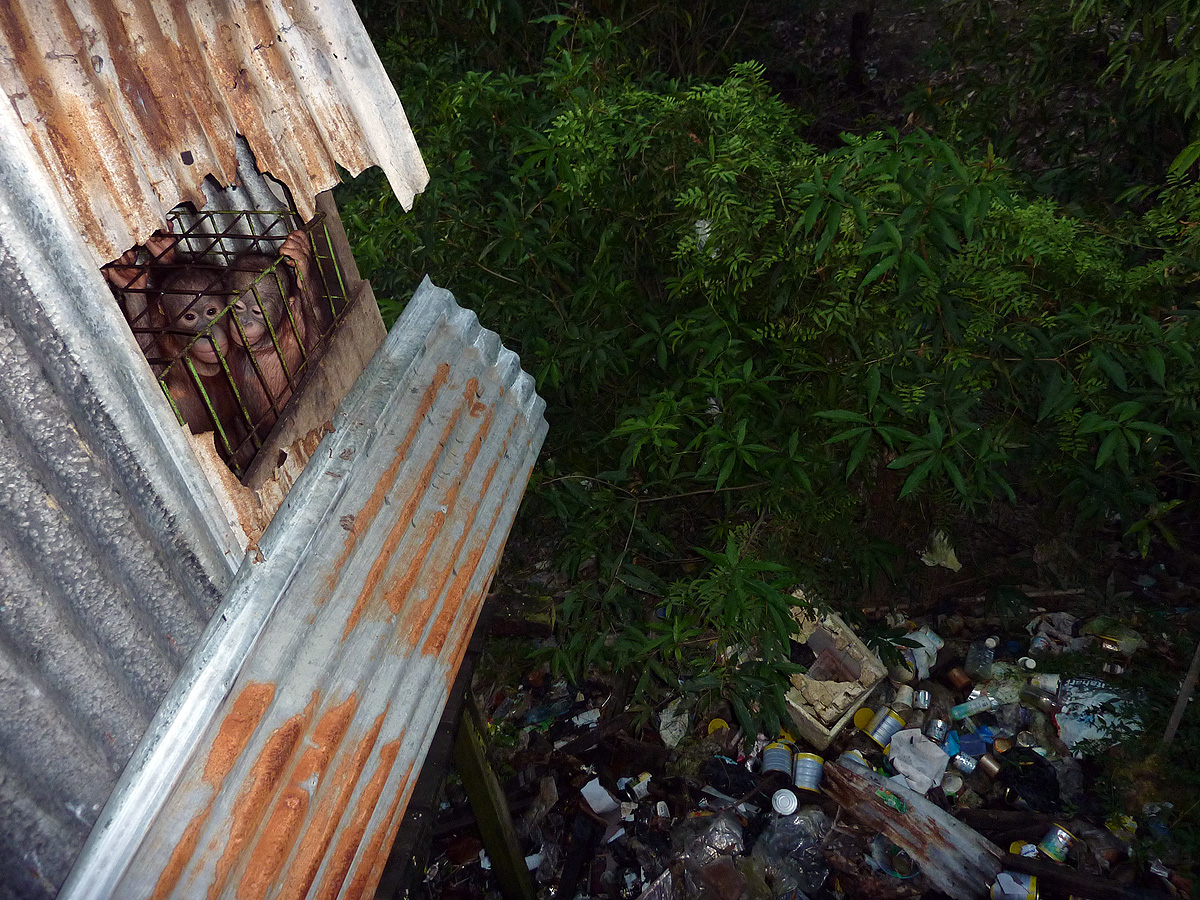 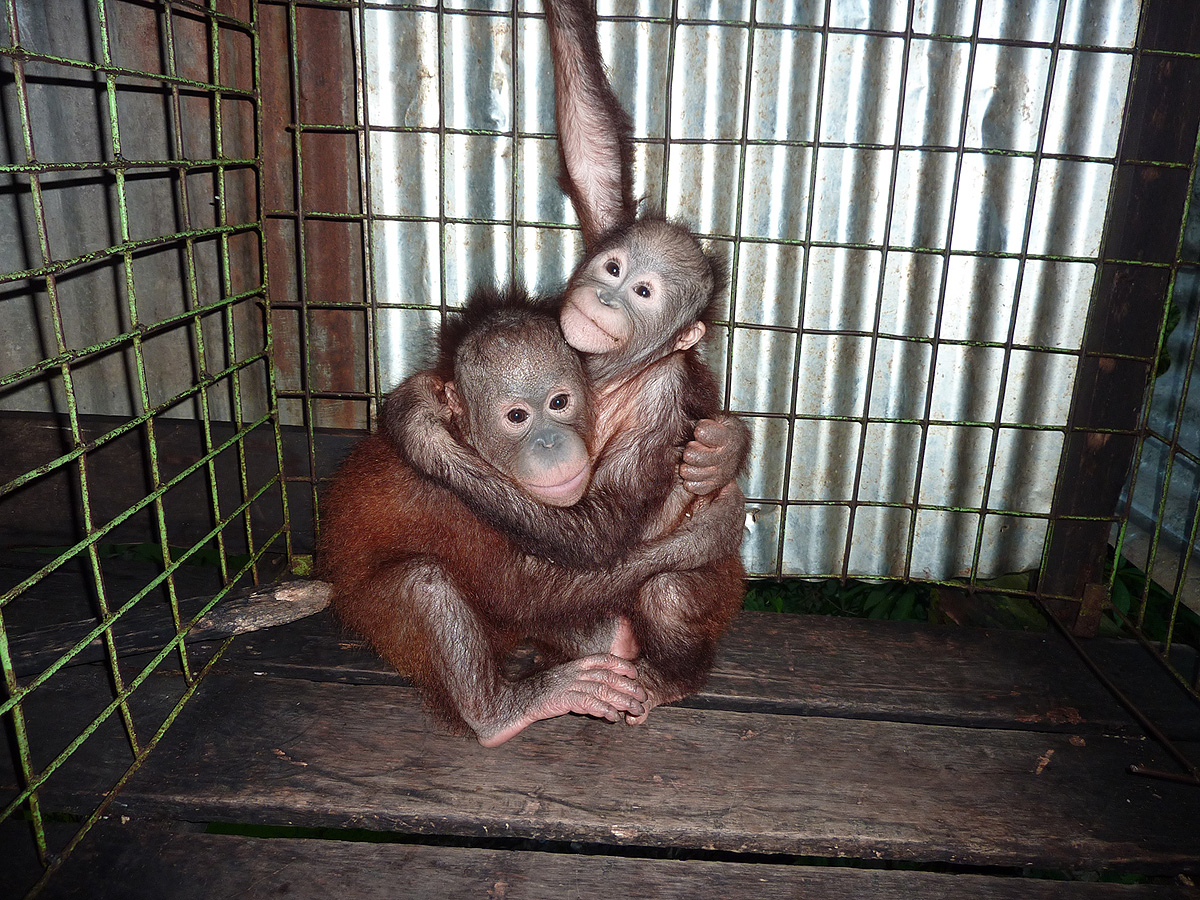 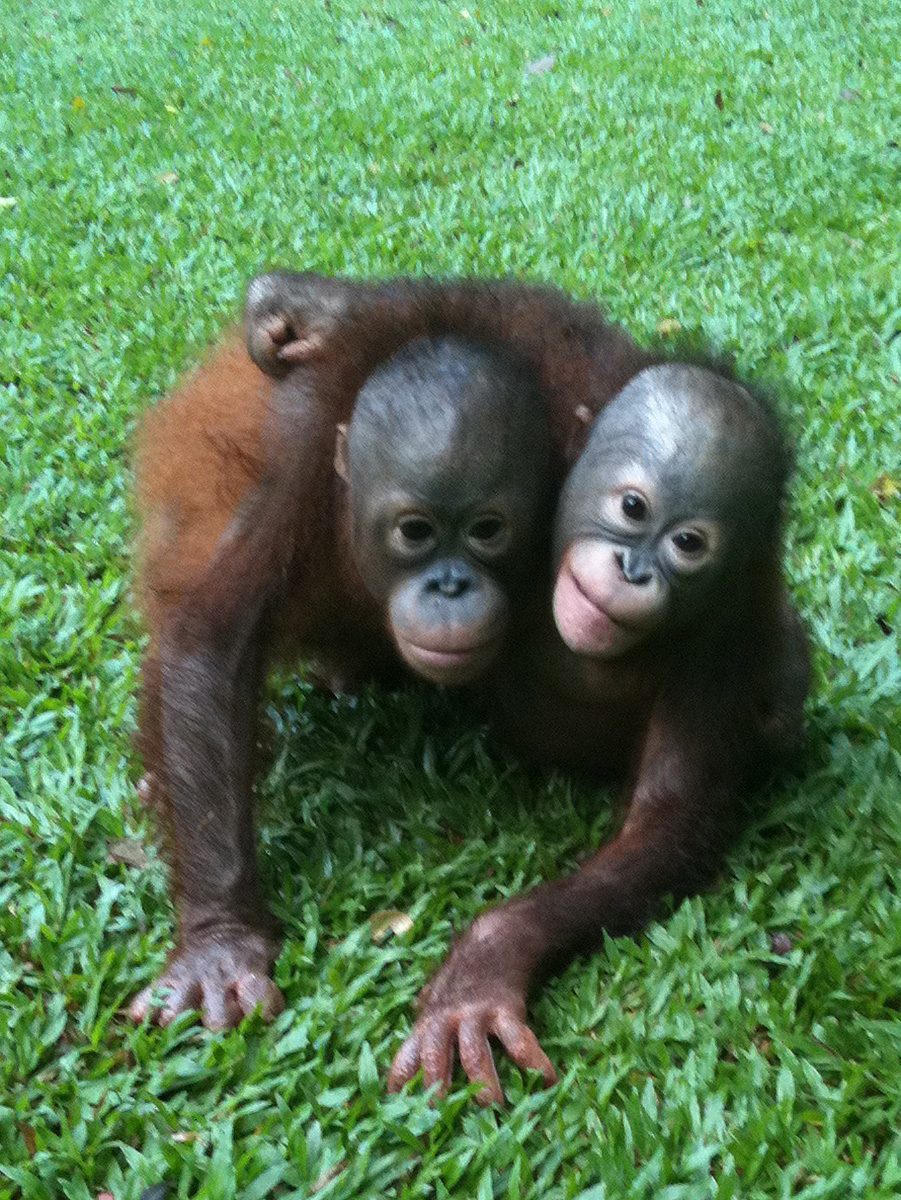 In 2011 Mimi and Momo were brought to IAR Ketapang along with a dozen other orangutans following the suspicious 'disappearance' of another baby named Luna from the center. Luna was never found.... Read more about that tragic event here.

Mimi and Momo quickly adapted to their new surroundings at the Ketapang center and soon made lots of friends. Their rehabilitation continued steadily for the next couple years until tragedy struck in 2013 and Momo died of an acute infection that had spread quickly through his body. Mimi was deeply saddened by the loss of her best friend Momo, but she proved resilient. Along with her friends Pungky and Melky, she continued her rehabilitation... 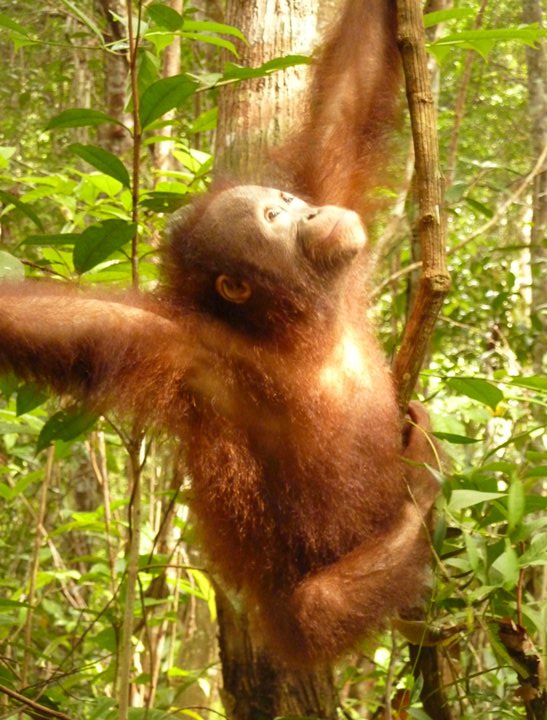 Fast forward to 2017 and Mimi had truly blossomed... mastering the skills necessary to live in the forest: nest building, foraging for food and brachiating through the canopy to avoid water and predators on ground. After spending the better part of several seasons on a pre-release island at the center, Mimi was deemed 'ready for release'.

On March 27th, the fateful day arrived and Mimi began the long journey to Bukit Baka Bukit Raya National Park (TNBBBR), where she would join nearly a dozen other orangutans who have already been successfully released by the IAR team.

The journey to the park is not easy. It takes more than 40 hours by car on roads that are for the most part unpaved and muddy. At the border of the park, the release team travels by boat for about 1.5 hours and then continues on foot for 6 hours to penetrate the forest cover of the park.

The trip went smoothly for Mimi. To reduce any stress caused by the journey, Mimi rested for an evening in a habituation cage before her release.

The following morning she was taken in a transport cage to a designated release point and as soon as the door was opened, she flew out of the cage, scampered into the trees and immediately began to forage for snacks.

IAR has a post-release monitoring team stationed in the forest to make sure the orangutans acclimate to the wild. The team consists of several people from local villages who know their way around the forest and have been specially trained to monitor and observe the behavior of the orangutans. They follow the orangutans all day, sleeping under the trees when the orangutans decide to build their night nest. The team remains in the field for many months and make regular reports back to the Ketapang center. They are always able to step in should any unforeseen problems arise. And just to be clear, problems may indeed arise. Rehabilitation is not a perfect science. Things can and sometimes do go wrong. All we can do is hope and pray that the orangutans' instincts kick in and they 'go wild'.

We wish Mimi the best of luck in this next stage of her journey. We are so proud to have helped her grow into a highly skilled young adult orangutan. We know she will thrive in the forest! It's only a matter of time before she finds her old friends and truly becomes a wild orangutan! In a few years we hope to see her again— with her own little baby grasping onto her the way she once clung onto her own mother.... We'll keep you informed of Mimi's new life in the wild as best we can!

Now that Mimi has been rehabilitated and successfully released, she will be 'graduating' from the Orangutan Outreach adoption program. She couldn't have made it this far without the support of all her adoptive parents! Thank you so much! 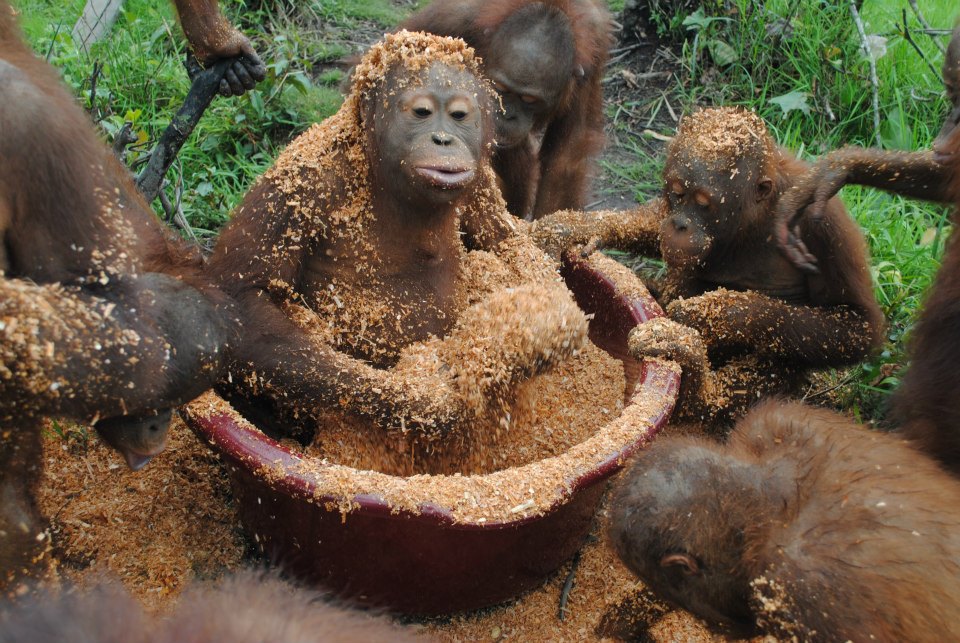