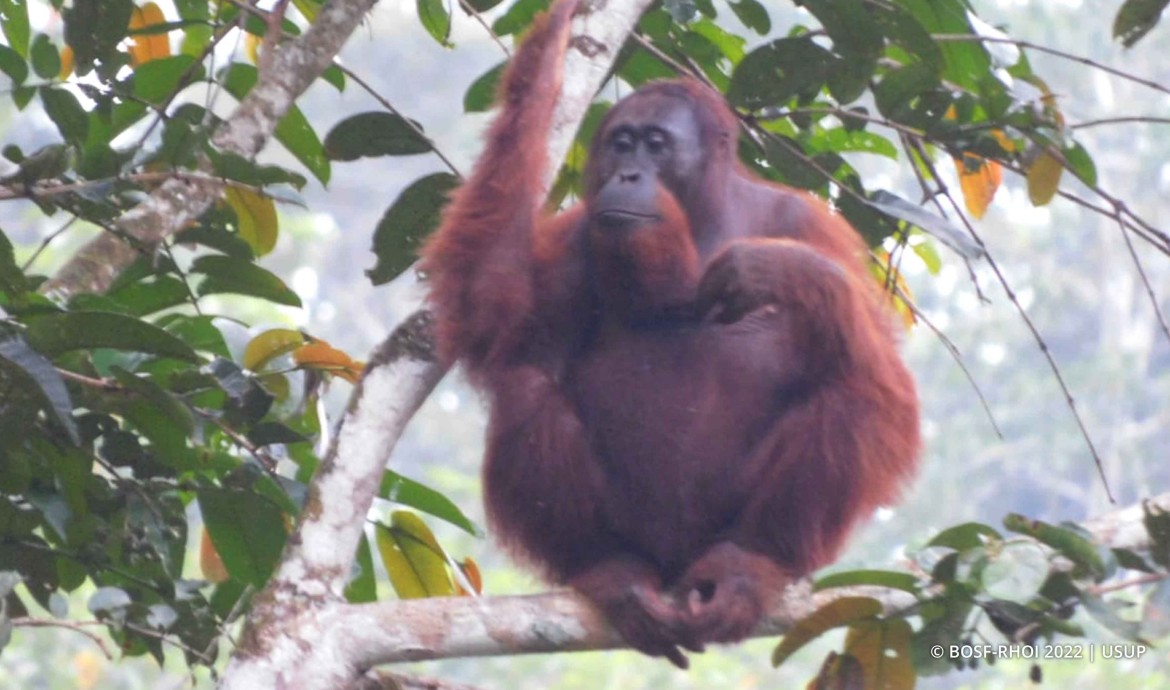 On a rainy afternoon in mid-January, the BOSF Post-Release Monitoring (PRM) team at Camp Lesik in the Kehje Sewen Forest was surprised and delighted by a visit from an orangutan. It appeared that this orangutan was visiting the camp for the first time. Thus, at first, no one from the team recognized him.

Our team tried to compare the individual in question with documented photos of released male orangutans, Kent and Mail. The orangutan in question did not match the photos of Kent, who has a very recognizable furrow on his forehead and prominent canines.

When compared to Mail's photos from 2012, this orangutan did not appear to be a match either. At the time the photos were taken, Mail was only eight years old. However, other physical characteristics, like the shape of the beard and wavy chest hair, convinced the team that the orangutan in front of them could be Mail. 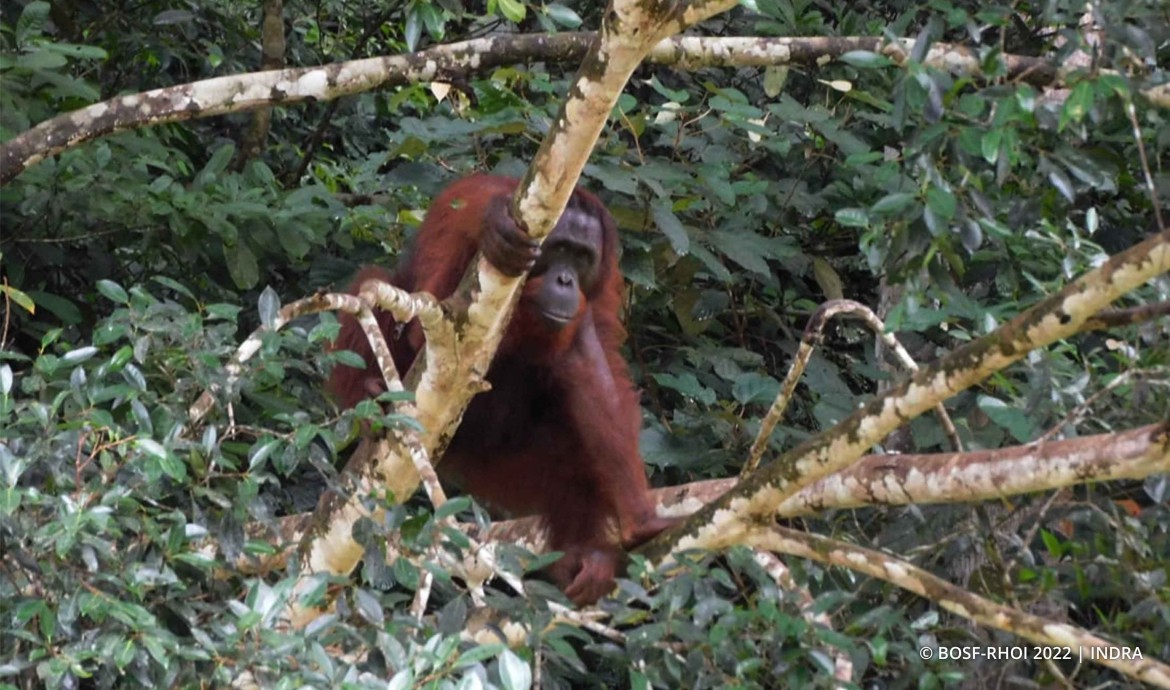 Although initially unsure, Mang Usup, who has been working in Camp Lesik for many years, was the one to identify Mail. He had last observed Mail in 2020, in Muara Soh, but only had his cell phone at the time to take photos. The PRM team contacted the Communications Team at the BOS Foundation headquarters, in Bogor, for more reference photos. The other photos of Mail were studied and they turned out to be a match for the orangutan who had shown up at the camp!

The team was so happy to have finally spotted Mail after not seeing him for two years. Mail usually stayed in the area surrounding Muara Soh, where he was observed in the past spending time with his friend, Casey. We were happy to learn that Mail is in good health with a Body Condition Score of 3, which is in the normal range.

The PRM team members were grateful that Mail had paid a visit, especially as some were preparing to return to the city from the forest.

Thank you Mail for coming to say goodbye to the team – what a lovely farewell gift!