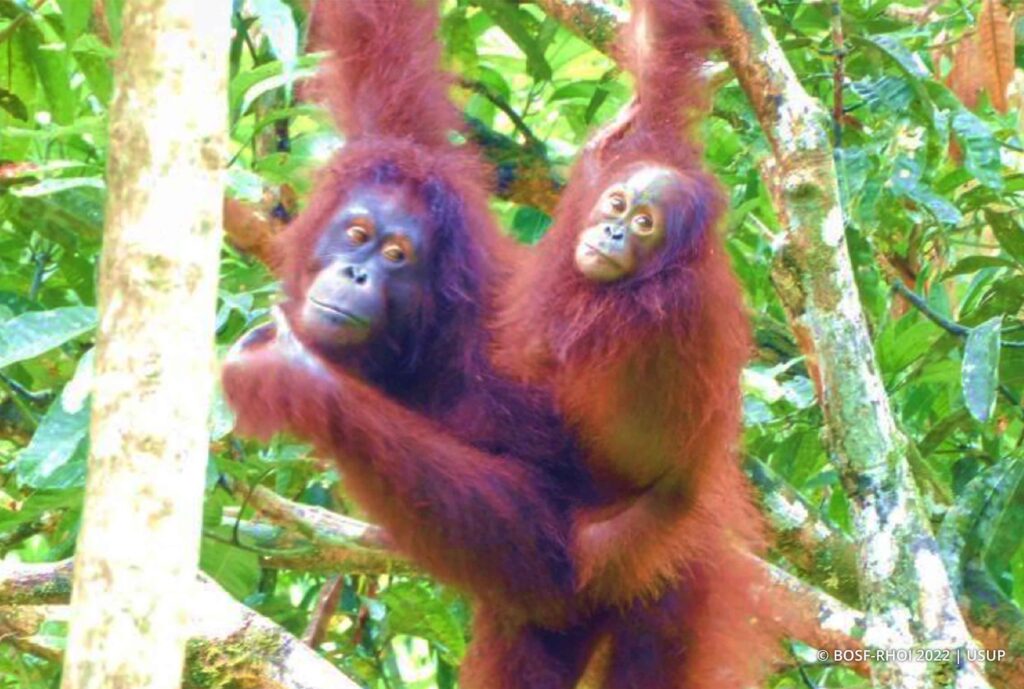 We’d like to share with you an update about mother orangutan, Sayang, and her daughter, Padma, who were last observed in the Kehje Sewen Forest, East Kalimantan by our Post-Release Monitoring (PRM) team from Camp Lesik.

Sayang, a female orangutan who was released nine years ago, and her four-year-old child, Padma, were last spotted in April when our PRM team from Camp Lesik was undertaking routine observations in the Kehje Sewen Forest.

Our team members had set off for a day of observations in the morning. They found that young Padma had also risen early and already started her day, as she was actively playing and eating young leaves. She approached mother Sayang several times, as though inviting her to join in the eating. However, Sayang looked disinterested and lazed around until noon, keeping an eye on Padma from the comfort of her nest.

Around noon, Sayang finally got up and went in search of some lunch. Clingy Padma grabbed her mother’s hand and followed. Sayang moved toward an area with plenty of available foods and ate young shoots, forest citrus fruits, palm fruits, cassava, and even grass. 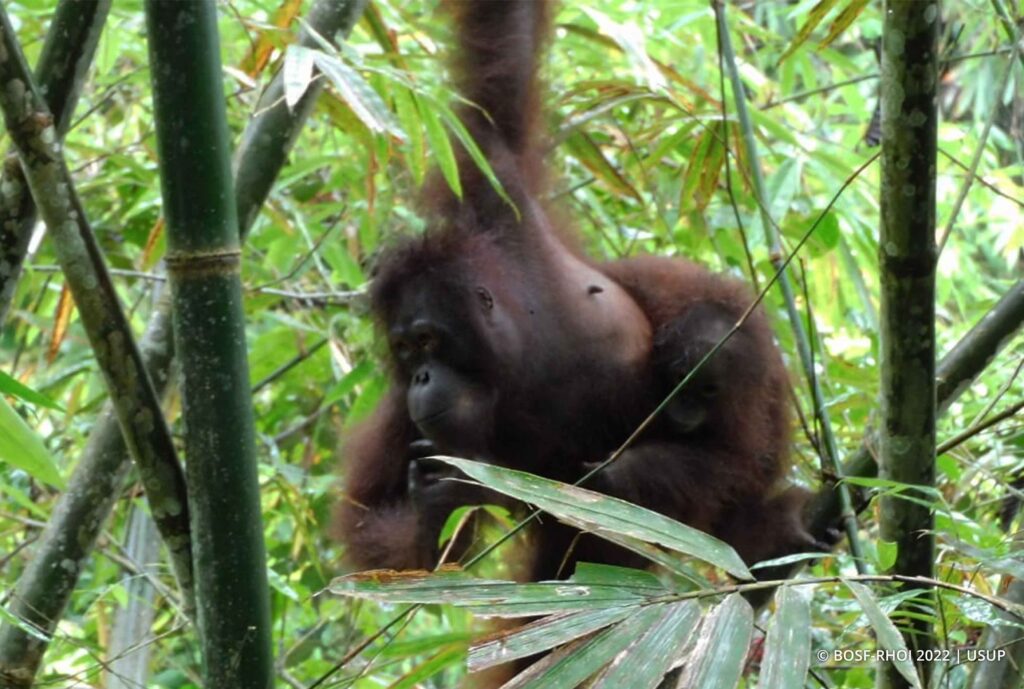 After they had finished eating, the mother-daughter pair travelled to the banks of the Pehpan River. Sayang drank from the river as she dangled upside down from an overhanging branch. Padma, who also appeared to be thirsty, seemed to motion to her mother for some water. Sayang sipped the water up through her lips and spit it into her daughter’s mouth, a sight that took the PRM team by surprise.

After finishing some cassava, Sayang disappeared into a thick clump of bamboo and climbed up it. Long, strong, and bendy, bamboo is often used by orangutans to cross rivers. Padma, who usually clung to her mother’s side, came down and attempted to cross the river by herself. However, her arms were not long enough to grab a branch from the other side of the river, so Sayang helped her by bending a few lengths of bamboo further across to help lessen the gap. With the assistance of her mother, Padma managed to catch onto the branch and cross the river. Next, it was Sayang’s turn to cross the river and join her daughter. Slowly, she began to follow the route used by Padma, but a sudden cracking sound indicated that the bamboo was breaking under her weight. 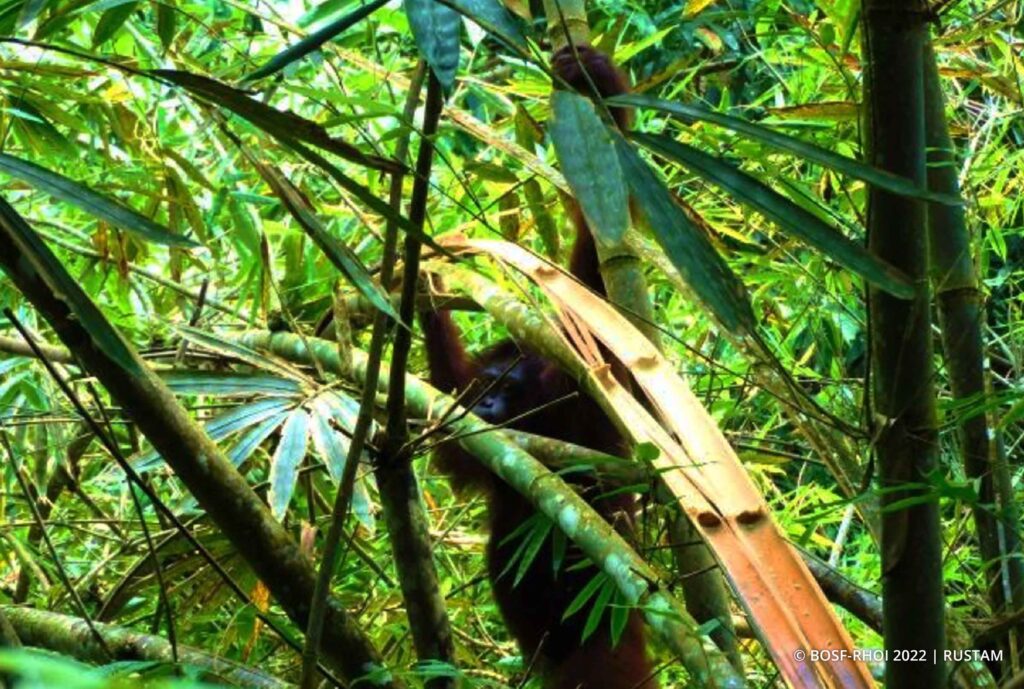 The team could see the panic in Sayang’s eyes as she tried desperately to force her way across, but the bamboo cracked again and broke up even more! With no secure foothold and a swift current running underneath her, Sayang scuttled back to the base of the bamboo clump. She sat there silent for a while, then started climbing up another straight bamboo length. Slowly, she climbed up higher and higher. The length of bamboo Sayang was climbing then slowly began to bend towards the branch across the river. With patience and tenacity, Sayang made it safely to the other side and was reunited with Padma!

Still looking worried, Sayang rushed to Padma and held her close. After calming down, the two climbed up into the trees and brachiated off into the distance, out of sight.

Sayang’s love for Padma is immeasurable. She showed us that she would do anything to stay together with her beloved daughter. What another amazing sight for our PRM team and something that can only be experienced in the Kehje Sewen Forest!