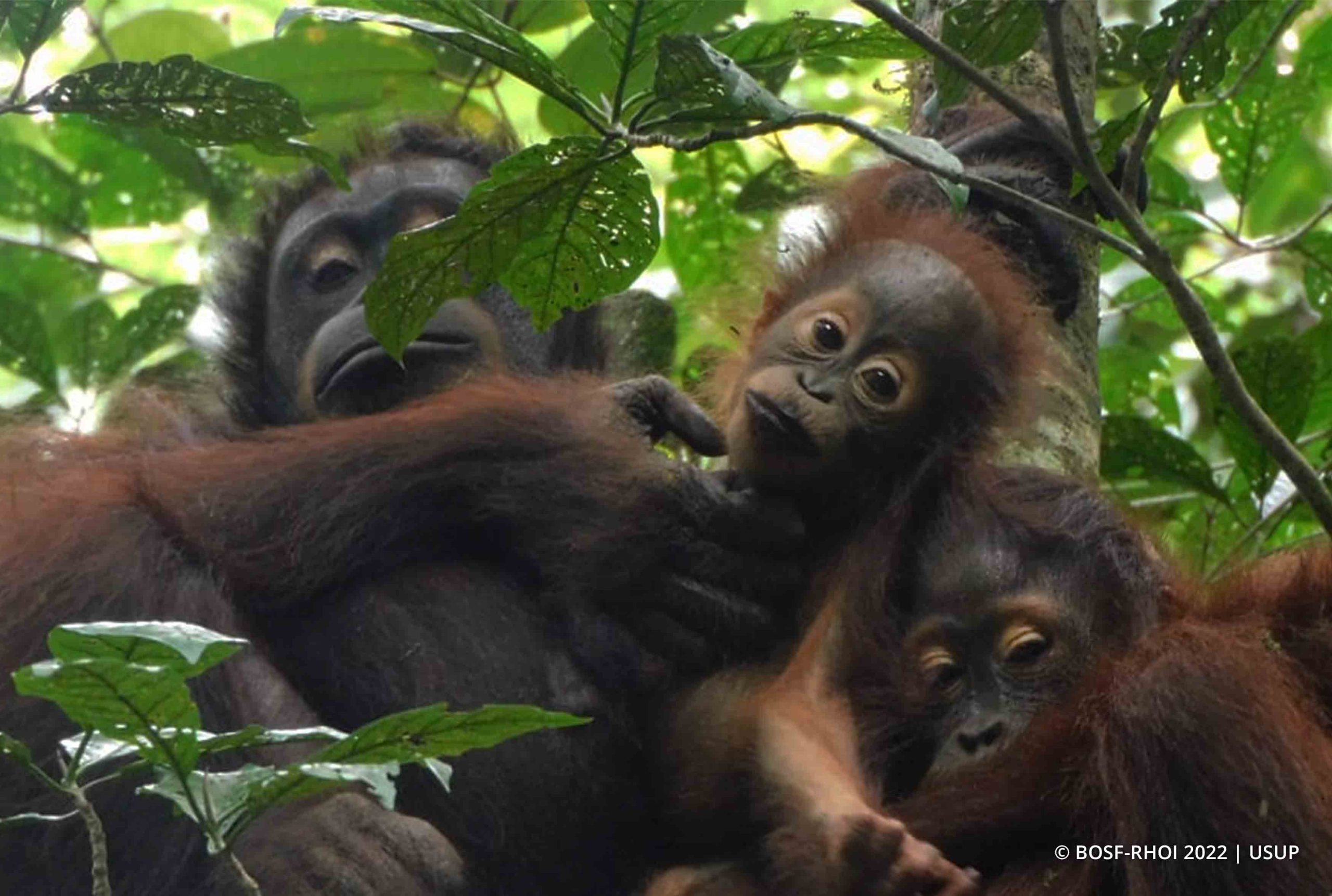 In February, an orangutan mother and her two children were observed together by our Post-Release Monitoring (PRM) team in the Kehje Sewen Forest, East Kalimantan. This was a rare sight indeed!

At the time, Jimi and Yunus, two of our PRM team members from Camp Nles Mamse, were carrying out a routine patrol. It was early in the morning, when the sounds of tropical birds and the soft hush of the flowing river filled the air. Jimi and Yunus were happy, energised, and excited about what they might encounter in the forest on such a lovely day.

They could hear the sounds of various animals and the wind blowing through the forest’s trees and plants. For this particular patrol, the aim was to locate and observe recently-released orangutans to determine how they were adapting to life in their new environment, as well as to analyse their habits, health, and general security.

Suddenly, the sound of something moving in the trees could be heard coming from up above. Jimi and Yunus stopped still in the middle of the track, listening intently to try and ascertain if the movements were coming from orangutans. Then, Signe and her little family emerged from the thick forest canopy! 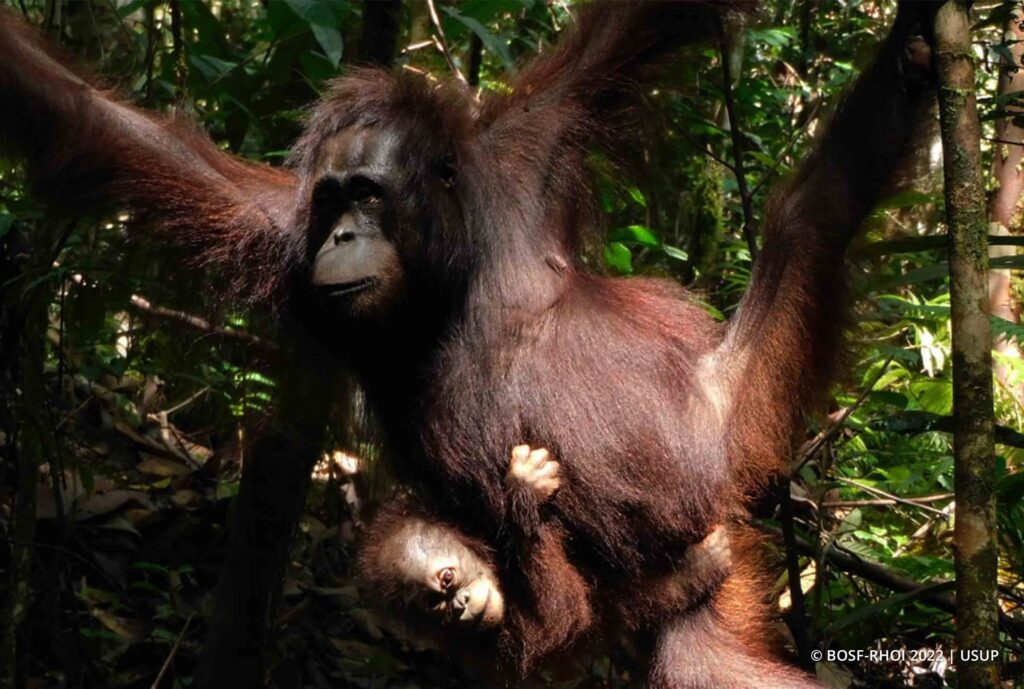 Signe and the Baby

In general, young orangutans will stay by their mother’s side until the age of about 7-8 years. While living alongside their mothers, young orangutans learn from them everything they need to know to survive in the forest. Bungaran, Signe’s first offspring, still follows Signe, despite there being another infant for Signe to care for. This makes for quite an unusual dynamic to witness!

What a wonderful, dedicated mother Signe is – and what a beautiful family!