Sumatran Orangutan ‘Hope’ Rescued with 74 bullets in her body. Now blind, she survived, but her baby didn’t. 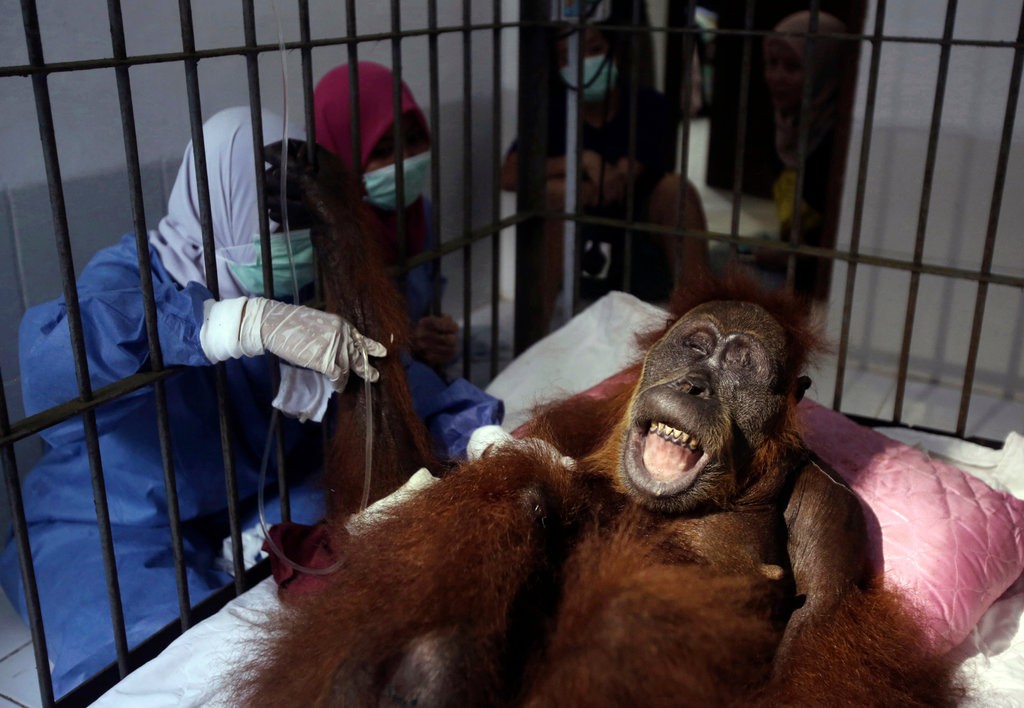 An Orangutan Named Hope Was Repeatedly Shot With an Air Rifle. She Was Blinded but Survived.

Hope the orangutan was recuperating on Sunday after surgery to treat her dozens of air rifle wounds. Credit: Binsar Bakkara/Associated Press

March 18, 2019 — The New York Times – An endangered orangutan who rescue workers named Hope was found blinded and near death last week on an oil palm plantation in Aceh, Indonesia after she was stabbed and shot 74 times by an air rifle, according to the Orangutan Information Centre. Her malnourished month-old baby was by her side, it said.

Mother and baby were rushed to a veterinary clinic by the group’s Human and Orangutan Conflict Response Unit (HOCRU) soon after they were found on March 10 in the village of Bunga Tanjung in Aceh province, on the island of Sumatra.

But the baby, which the group said was found in “serious traumatic and malnourished conditions,” died on its way to the clinic.

“This orangutan, that we named Hope after thousand hopes for her future, is one of most tragic orangutans that we ever come across,” the information center said in a statement last week. The group did not respond to a request for comment on Monday night.

Hope was examined at a quarantine center run by the Sumatran Orangutan Conservation Programme, where veterinarians said they were shocked by what they found. X-ray scans posted to the conservation program’s Facebook page show an orangutan riddled with tiny air rifle pellets.

“Sincerely speaking, we were very shocked by finding the result,” the information center said in a Facebook post on Wednesday. “74 air rifle bullets, damaged eyes, fractured bones, sharp tool wound and not to mention a deep traumatic condition, yet she doesn’t give up.” 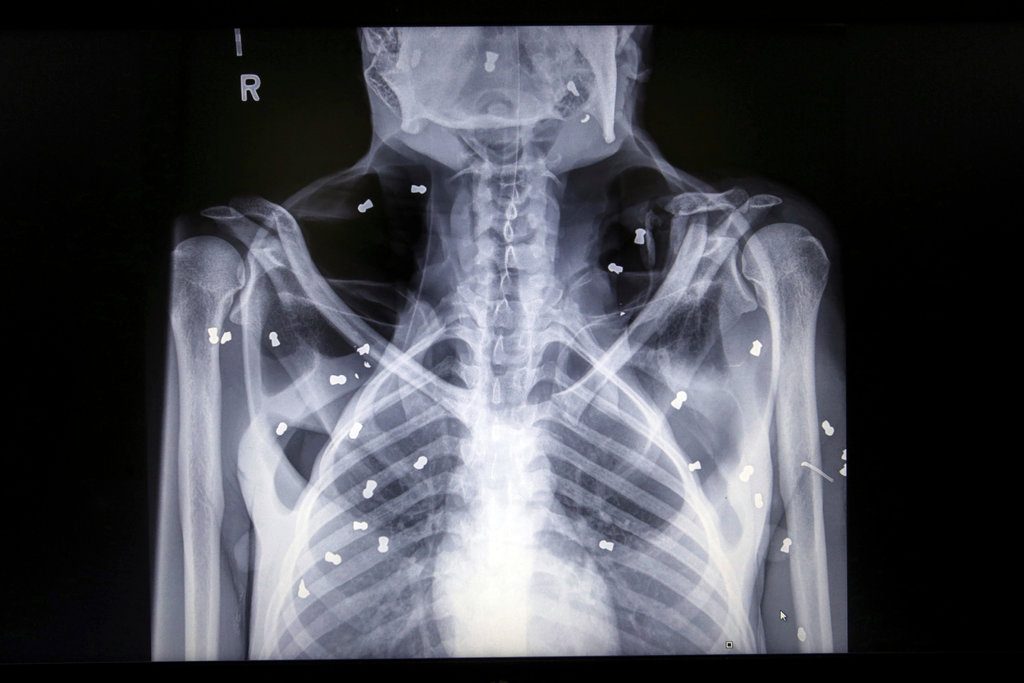 On Sunday, veterinary surgeons at the Sumatran Orangutan Conservation Programme, led by Dr. Andreas Messikommer, an orthopedist flown in from Switzerland, performed a four-hour operation on Hope to address fractured bones throughout her body.

Yenny Saraswati, SOCP's veterinarian, told The Associated Press after the operation that Hope had two pellets lodged in her right eye and four in her left.

“Hopefully Hope can pass this critical period, but she cannot be released to the wild anymore,” Dr. Saraswati told The Associated Press. She told The A.P. that surgeons removed only seven of the pellets because it was more important to fix Hope’s broken collarbone.

The conservation program said Hope handled the operation well and was in intensive care on Monday. It posted pictures to Facebook that showed her lying unconscious on an operating table, tubes down her throat and IV lines connected to her limbs.

“We know she will be able to get through all of this, as she is one true fighter,” the information center said on Facebook.

Orangutans live on both Sumatra and Borneo, an island shared by Indonesia and Malaysia. According to a study published last year, nearly half of the orangutans on Borneo — roughly 150,000 — died from 1999 to 2015, largely because of human activities like logging and deforestation.

The Orangutan Information Centre said the illegal expansion of oil palm plantations, like the one on which Hope and her baby were found, posed a particular threat to the species. But it said that left to their own devices, the animals — which share 97 percent of their DNA with humans — can live to be 60 years old.

Please make a donation to SOCP for Hope!