January 8, 2018 — Successfully releasing orangutans is a lot more complicated than simply opening cage doors and setting orangutans free in the forest. Preparing orangutans prior to their release can take more than seven years and once they have finally been released, the Post-Release Monitoring (PRM) teams take over. Their primary task is to follow, observe, and collect data daily on the released orangutans for a full month post-release. The PRM teams track individual orangutans from the time they wake up and leave their nest in the morning until they build a new night nest. These "dawn til dusk" follows are known as "nest-to-nest observations". The behavioral data collected is then used to assess and evaluate the individual orangutan's adaptation to natural forest and also to evaluate the overall rehabilitation process within the BOS care centers.

All of our PRM teams, in the three forests in which BOS works, leave camp before dawn to ensure that they are at the night nest before the orangutan wakes up and starts his or her daily activities. Once the orangutan is awake, the team begins to record data on what the orangutan eats and does, where they travel and where they sleep. They have to work hard to keep up with orangutans as they travel swiftly through the trees, while dealing with often challenging terrain on the ground. Sometimes it is not possible to complete nest-to-nest observations over an entire 30-day period, especially when an orangutan disappears into the forest leaving no trace of their whereabouts. 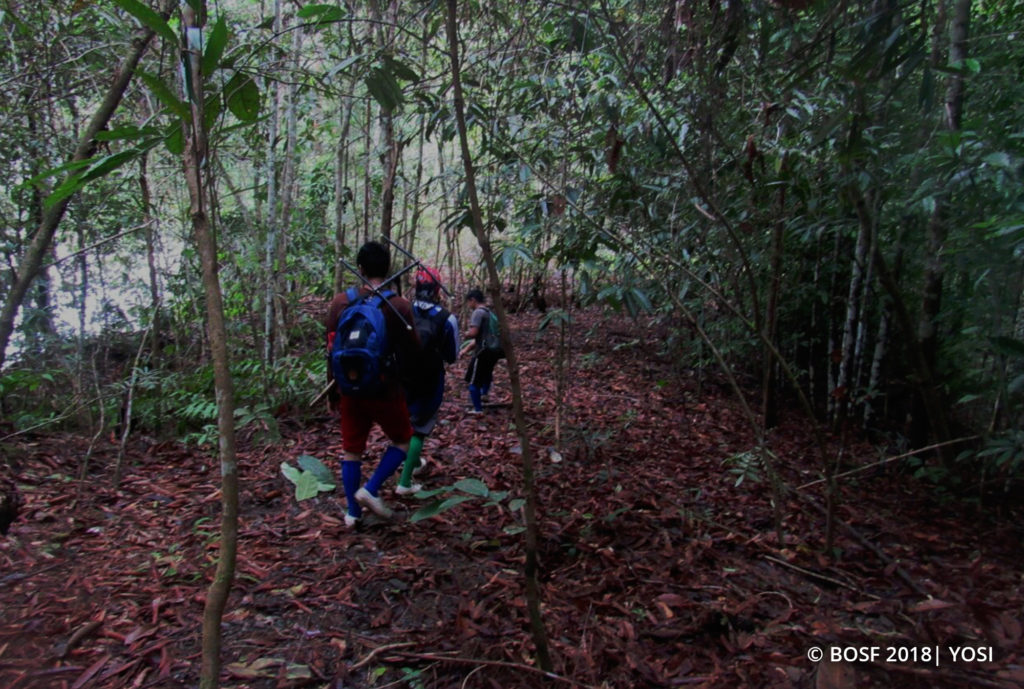 The PRM team heads out on patrol

To continue 30-days of observations— even on the individuals who disappear— the team conducts patrols along transects that the orangutans are most likely to visit. Recently, the PRM team in Nles Mamse Camp, Kehje Sewen Forest managed to find and observe several individuals who were released in December. Which orangutans did the team catch up with, and how are they doing in the forest? Find out more in our next story!