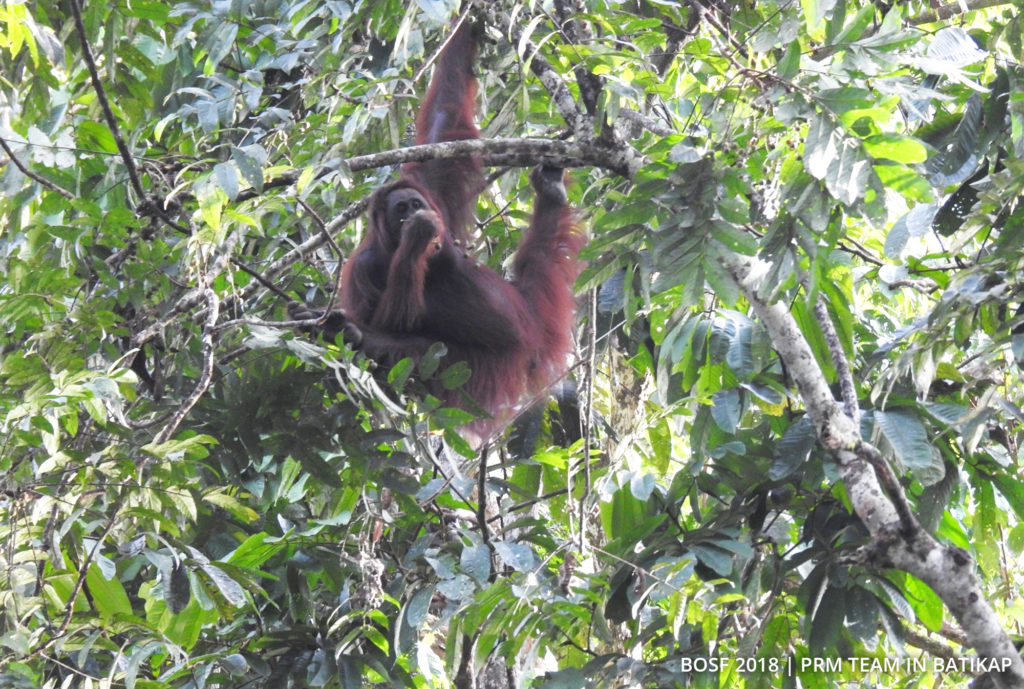 March 21, 2018 — Just as humans do, orangutans can form close bonds and friendships with their peers, even in the wild. The BOS Post-Release Monitoring (PRM) team from Totat Jalu Camp in the Bukit Batikap Conservation Forest was recently able to document the friendship between Manisha, Cilik, and Olivia.

Manisha is a female BOS reintroduced to Batikap in February 2014, along with 19 other orangutans; while Cilik, a male, came to Batikap a year prior. Olivia, another female, was the last of the three to arrive in Batikap, in 2016.

We learned of this trio and their bond on a recent PRM team patrol, after Manisha was located eating fruit in the top of a tree. Realizing she had company, Manisha quickly stopped eating and began to kiss-squeak, showing her displeasure at the team’s presence. She then made an approach, and the team retreated to keep a safe distance from her. Once she felt safe, Manisha returned to eating pandanus tips and the team carefully continued their observations. 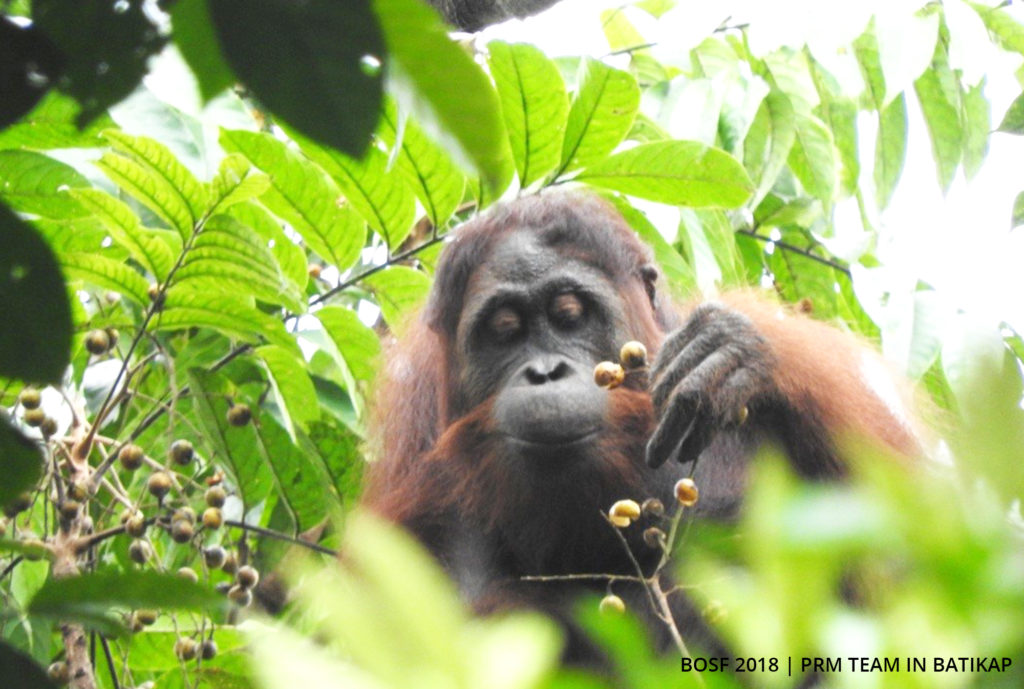 A short time later, Cilik and Olivia appeared. It seemed that Manisha recognised the two and welcomed their arrival. The three then spent time together, sharing fruit at the river bank and enjoying one another’s company.

The three spent the rest of the day moving through the forest together, foraging for fruit, and sharing food. They were not bothered by our presence, however, they moved too fast through the canopy for the PRM team to keep up! 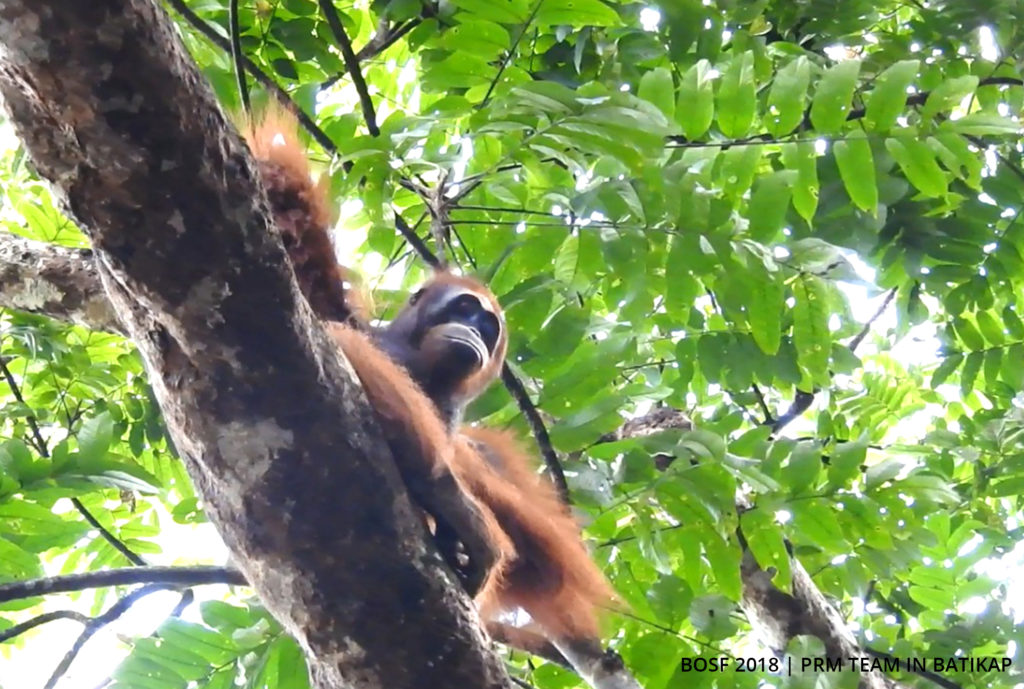 Witnessing the friendship these three orangutans have formed was truly an unforgettable moment for our PRM team. We are delighted to know that the orangutans we release back to the forest can socialize well with others and thrive in their new homes. We hope to see this trio again in the future. Stay healthy, friends!