Nanda and Vista came to Nyaru Menteng in 2006, and joined Forest School to develop their basic survival skills – tree-climbing, nest-building, foraging for natural food, and identifying predators. Both females completed all levels of Forest School and then advanced to the pre-release stage of the rehabilitation process on forested, pre-release islands. On Kaja Island, Nanda gave birth to a baby boy (Ananda), on June 12, 2016. Over on Palas Island, Vista also gave birth to a baby boy (Vee), almost a year later on April 5, 2017. The island experience gave these two females the opportunity to test and develop their survival skills, and they were soon chosen as release candidates.

The thirteen orangutans were dispatched to the TNBBBR in two separate groups. Terang, Indi, Nanda, Ananda, Zazu, Kenya, and China, departed on July 12 as the first batch, and were released the following day. Vista, Vee, Bulan, Suma, Kadek, and Coklat were part of the second batch, which departed Nyaru Menteng on July 14, to be released the next day. 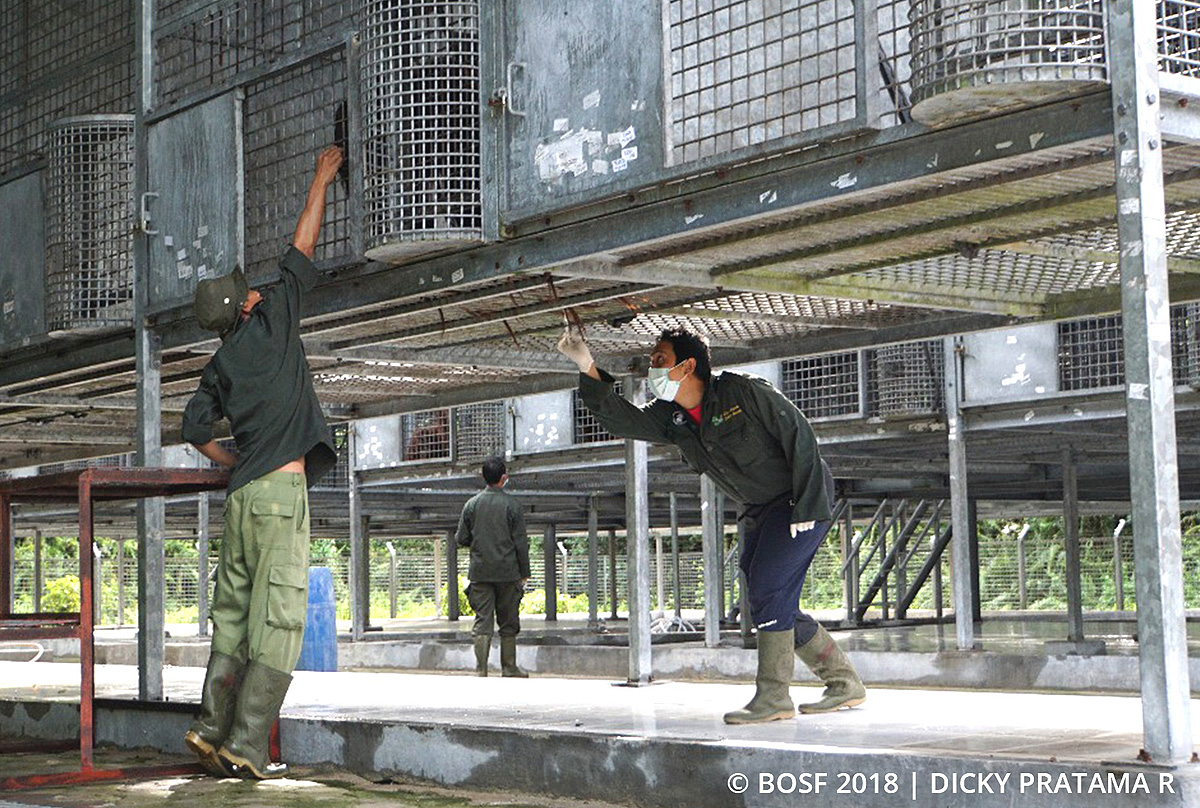 A team of veterinarians and technicians began the sedation process in the quarantine complex of Nyaru Menteng 3, in the mid-afternoon. The process was completed within a few hours, and the release team were on standby to embark on the journey right after sunset: The cooler weather after dark helps calm the orangutans being transported, and avoiding the sun helps everyone remain focused and calm.

The release team made regular, brief stops every two hours for the vet to check on the orangutans. The technicians also fed and hydrated the release candidates during these stops, to minimise distress. 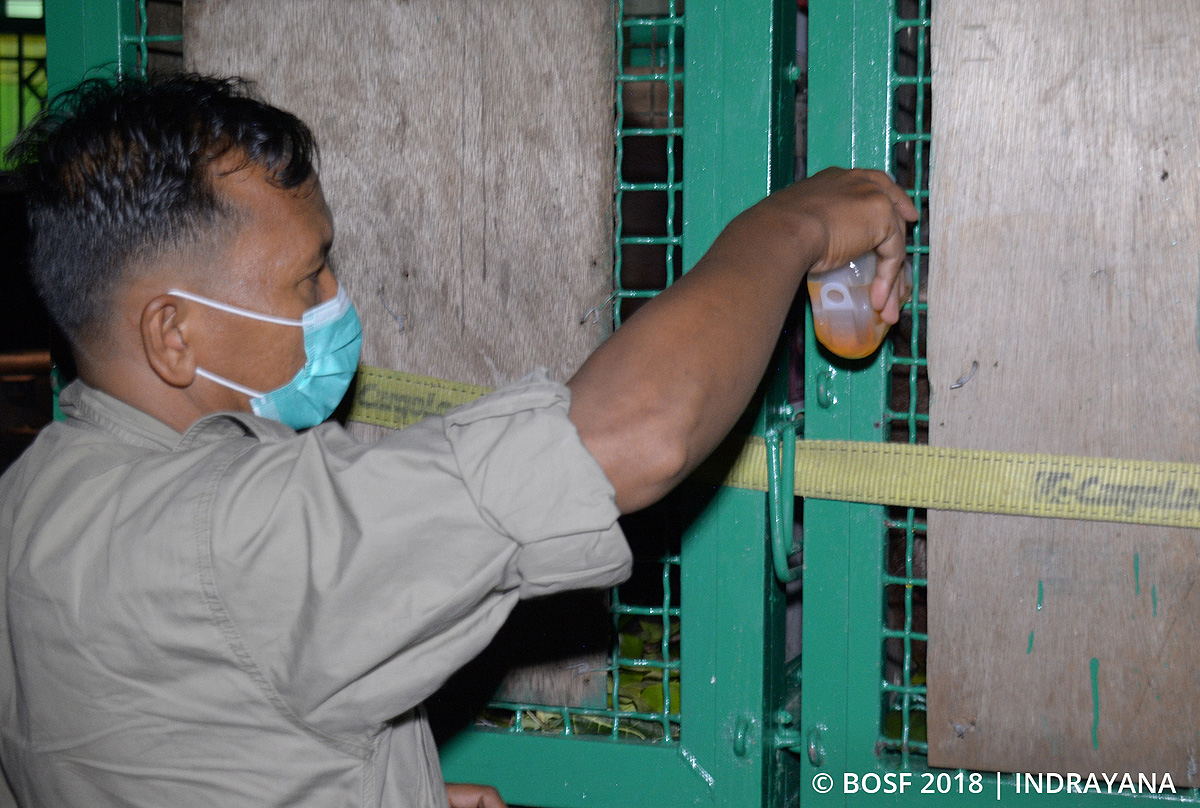 After a 10-hour road trip, the release team continued the journey by river, upstream for about five hours in motorized ‘ces’ boats. 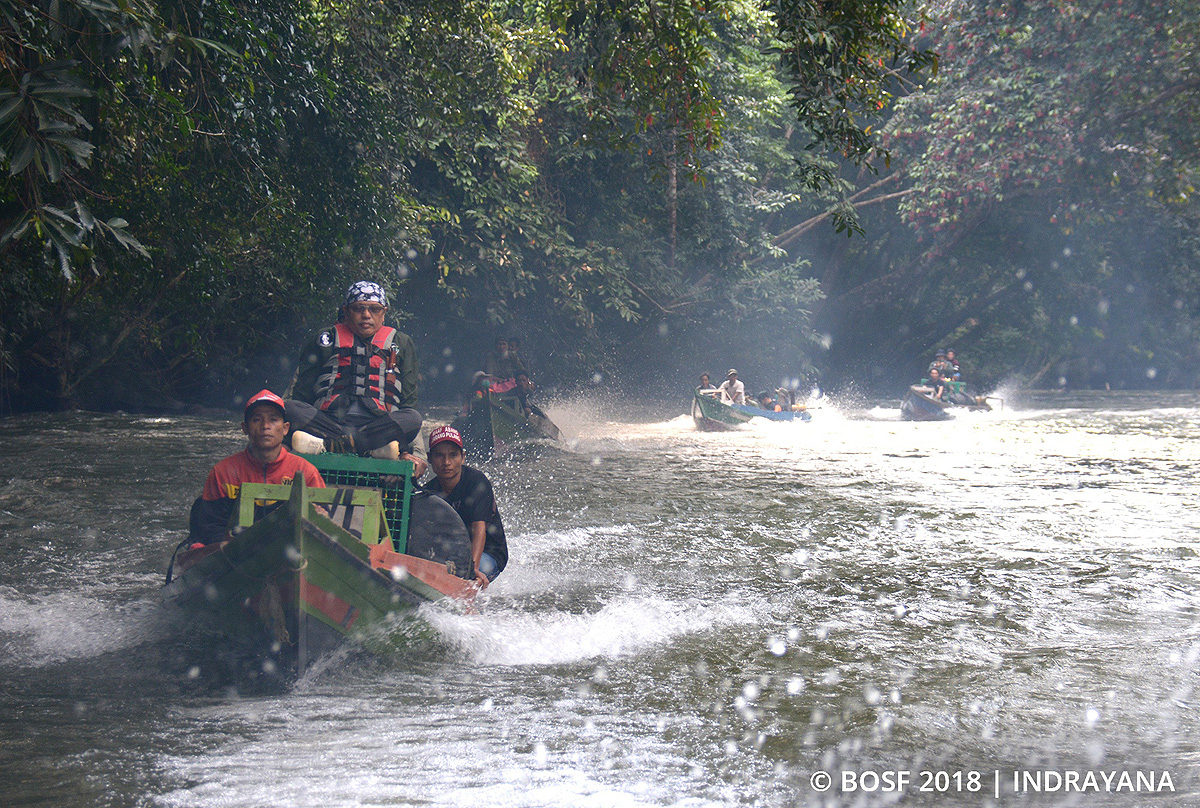 Once the team reached the predetermined release points in the TNBBBR, the orangutans were quickly released into the forest to enjoy their newfound freedom. 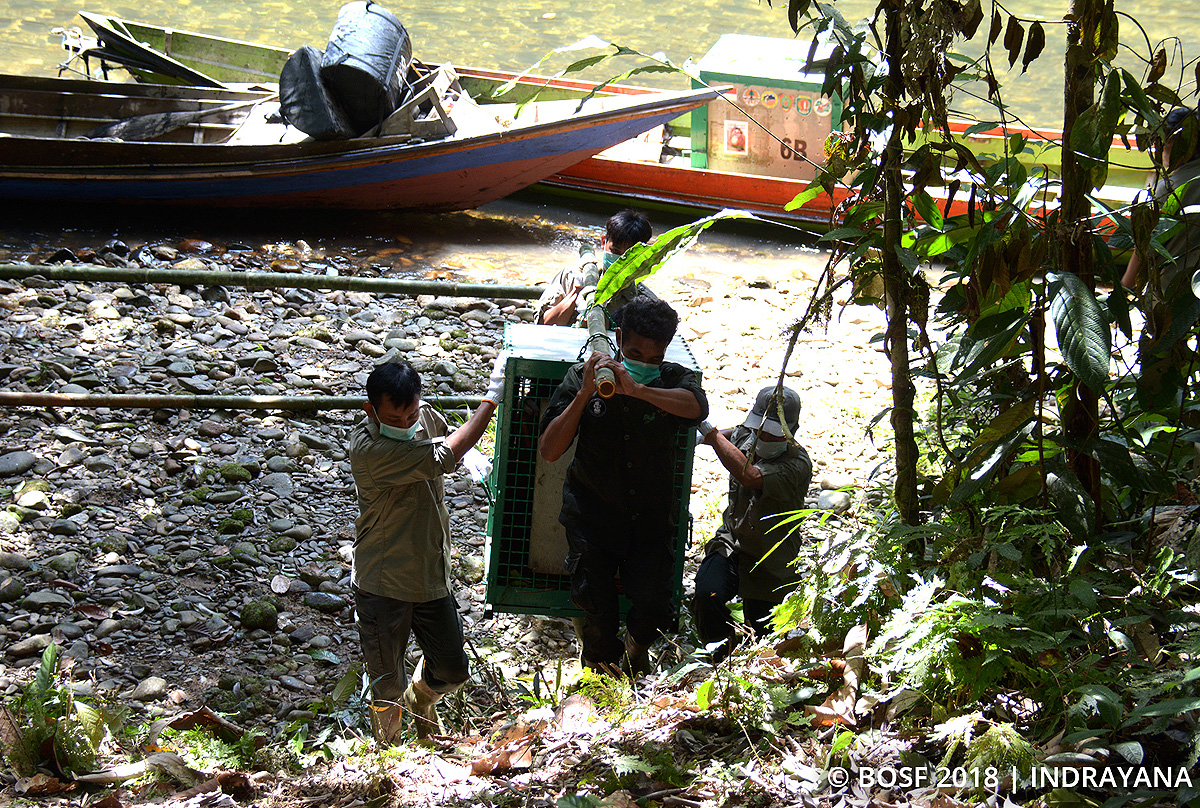 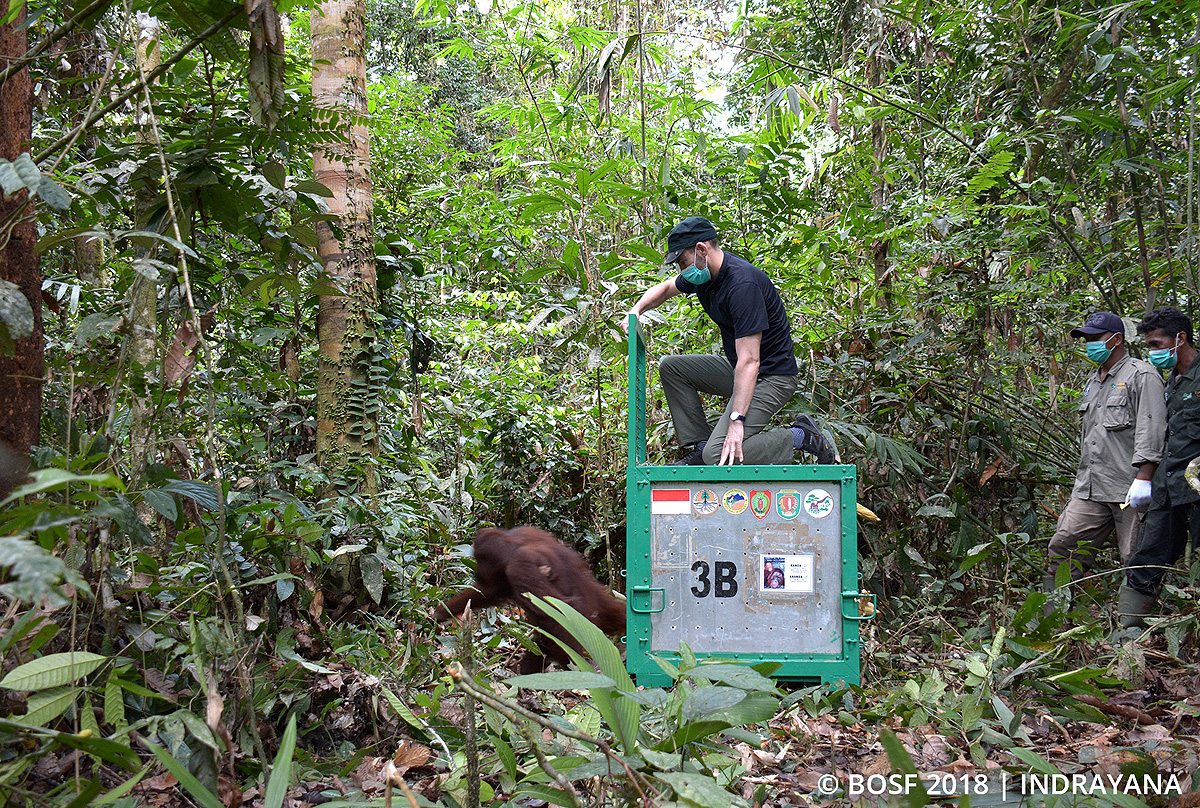 Nanda and Ananda, transported together in one cage, are released to the forest 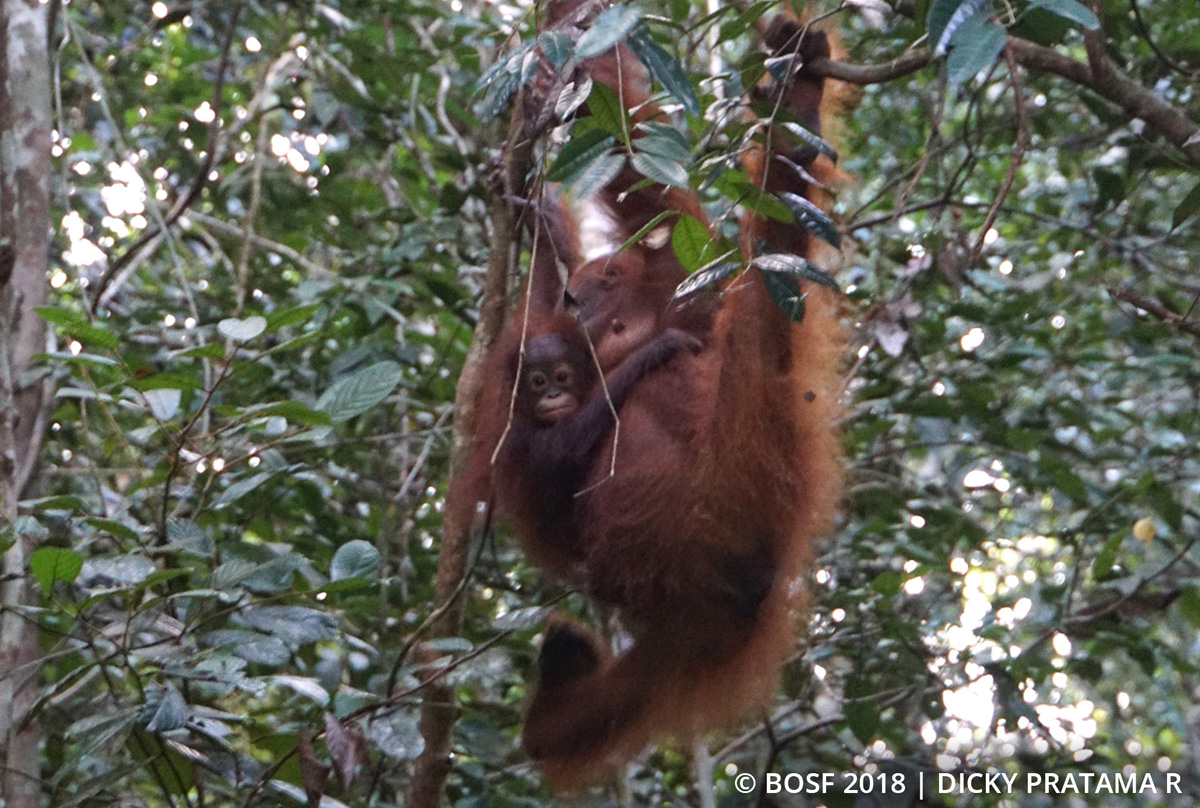 After the last transport cage was opened, the Post-Release Monitoring (PRM) team quickly took over, carefully observing and documenting the released orangutans’ activities. The PRM team will conduct a 30-day, nest-to-nest monitoring period, which involves tracking orangutans from early in the mornings when they rise from their nests, to the evenings when they settle in their night nests. The collected data is vital, as it shows us how the newly-released orangutans are adapting to their new forest home.

A successful orangutan release program relies heavily on solid cooperation among all stakeholders in the orangutan and habitat conservation effort, including the Central Kalimantan BKSDA, the TNBBBR authority, USAID LESTARI, and the BOS Foundation. Long may this fruitful cooperation continue! 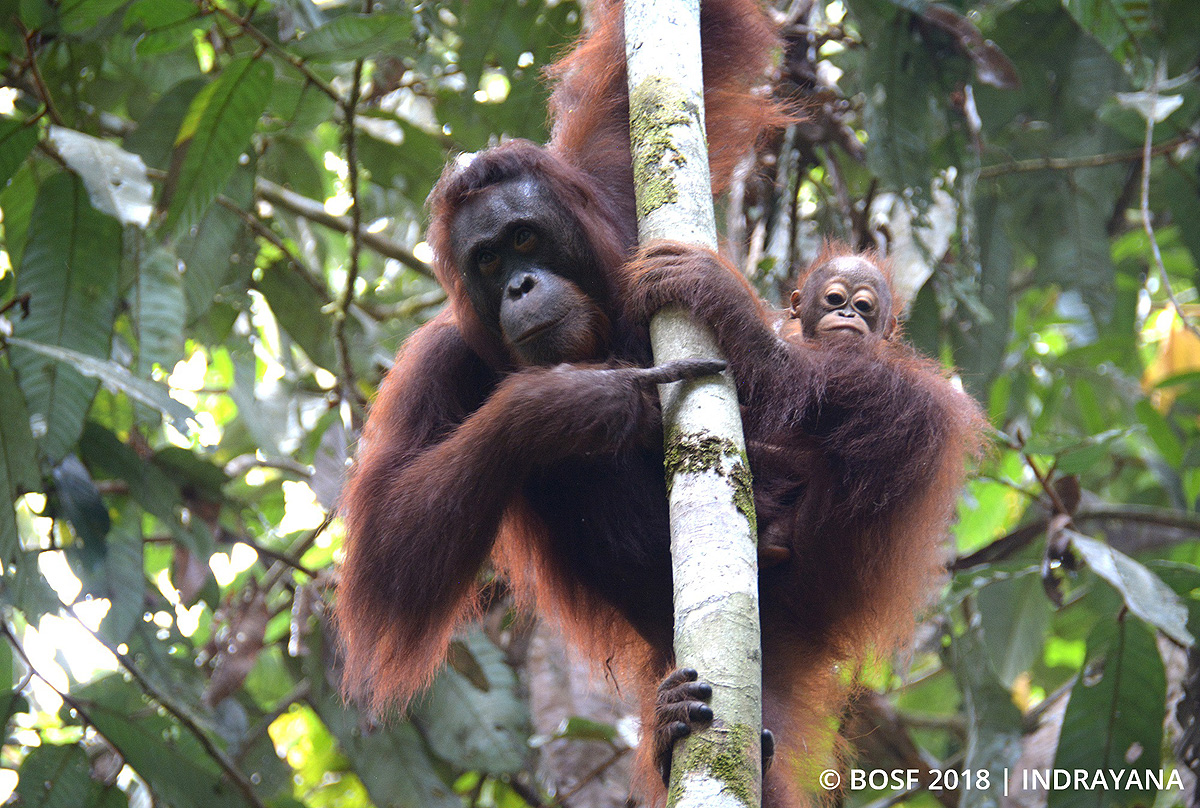