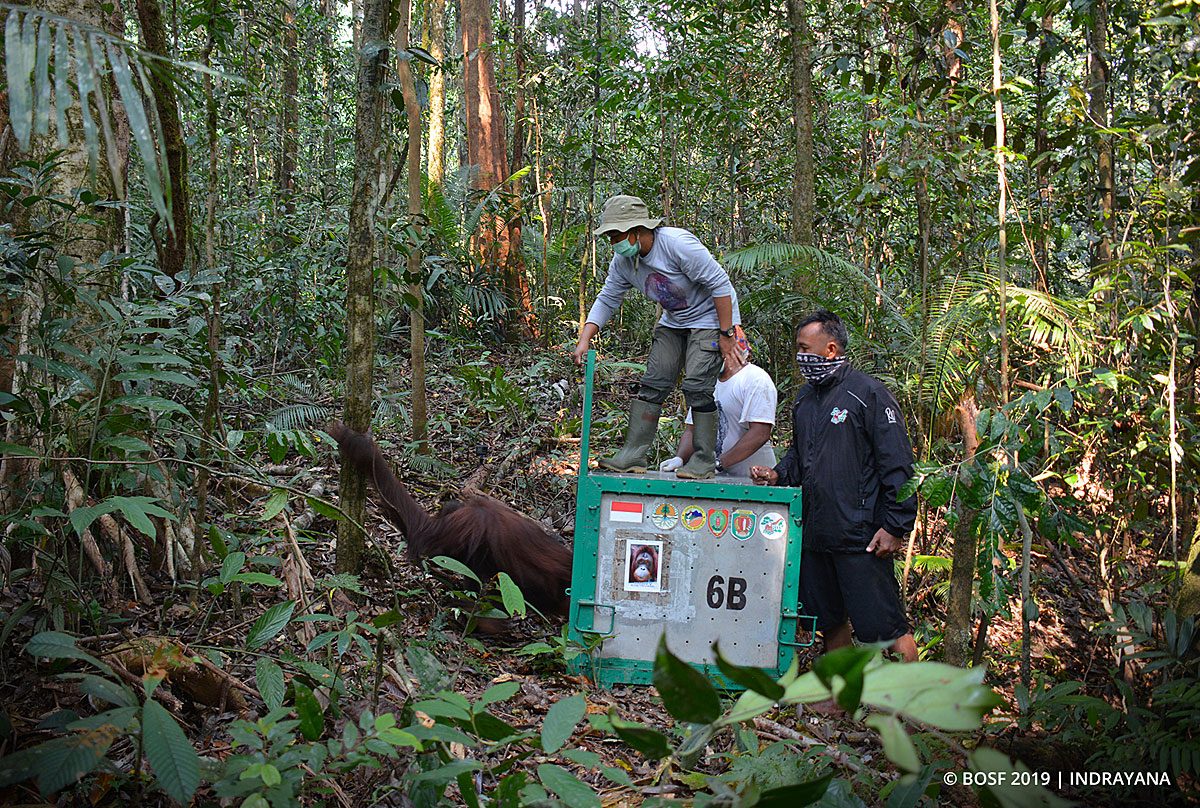 The eight orangutans in this release group included three males (Tom, Toby, and Salu) and five females (Elly, Dini, Randang, Tarwan, and Bungsu). Meet them all here. They were dispatched in two separate convoys, departing from the rehabilitation centre on 3 and 5 September. Tom, Dini, Toby and Tarwan made up the first group, while Salu, Randang, Elly and Bungsu started their journey to freedom two days later. Our Nyaru Menteng medical team sedated and conducted final health checks on the release candidates at the Quarantine Complex prior to departure. 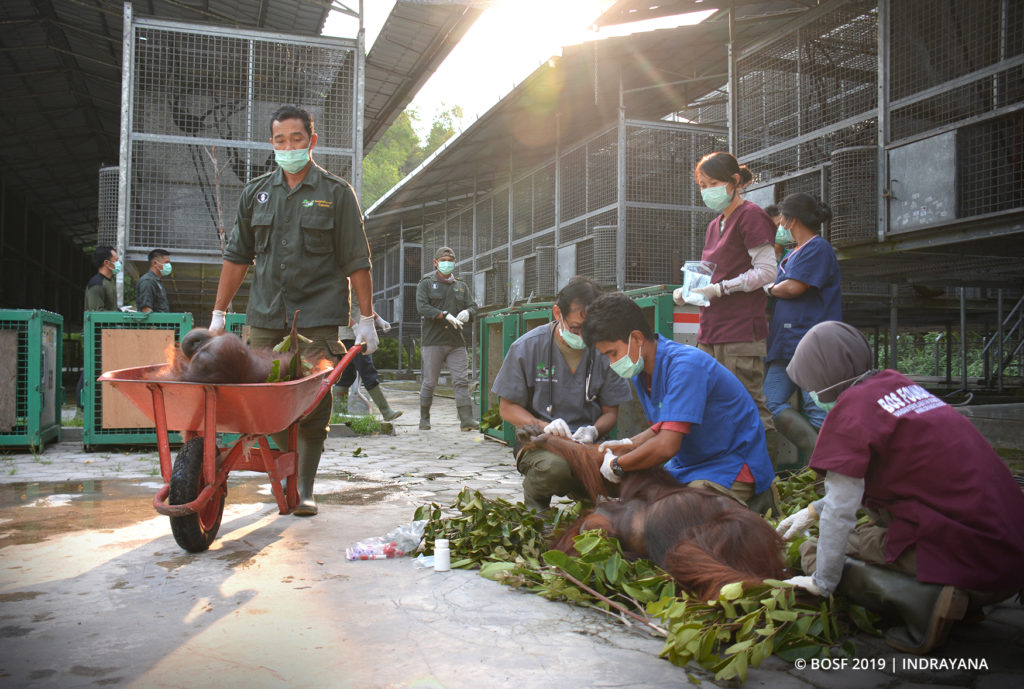 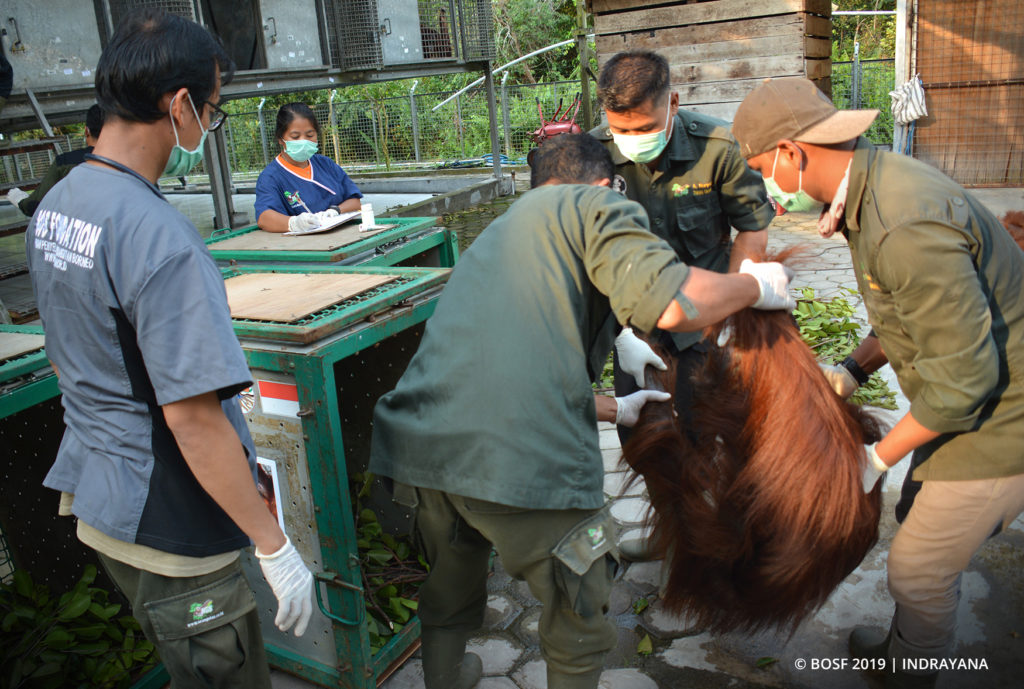 After the orangutans were moved into their transport cages and had recovered from sedation, the release team departed from Nyaru Menteng and headed for the Hiran River Basin, our newest release point in the TNBBBR, and the location where Romeo and friends were released just last month.

Both departure groups travelled the same route by road and river, with the teams making stops every two hours to check on the orangutans. 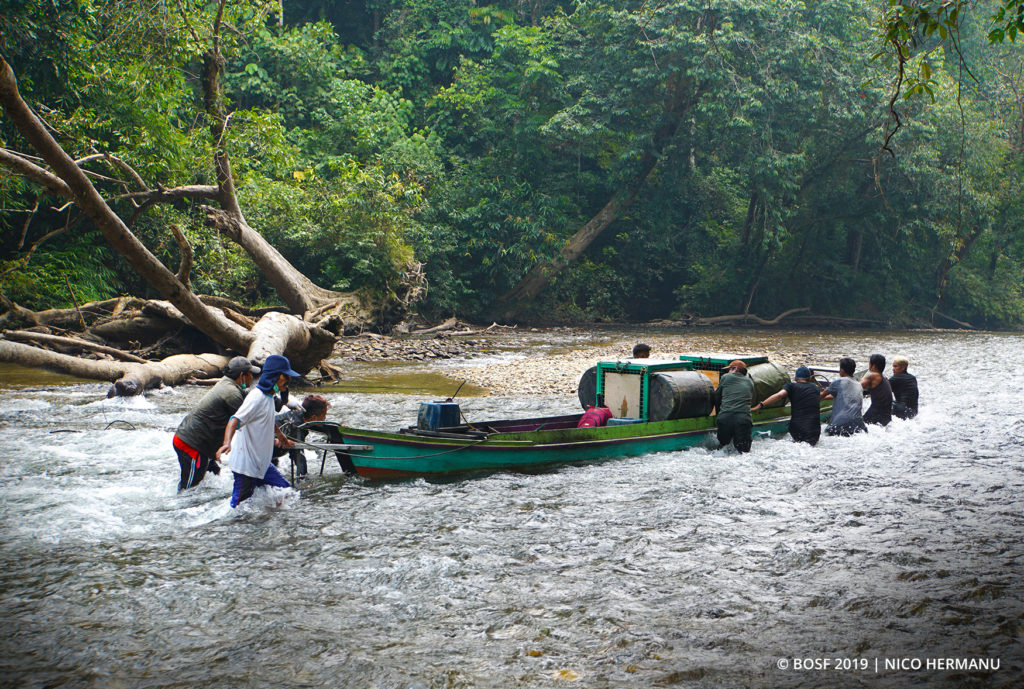 Trip from Nyaru Menteng to TNBBBR

After a 19-hour journey from the Nyaru Menteng Orangutan Rehabilitation Centre to the release point, all eight orangutans were given true freedom in the forest!

The first group was successfully released on 4 September, with all four orangutans eagerly exiting their cages and climbing up the nearest trees. Toby, whose cage was opened first, chose to climb up the hill in front of him and grabbed a liana to dangle on before perching in the branches to observe his surroundings. Meanwhile, Tarwan chose a medium-sized tree to climb and headed straight into the canopy. Both Dini and Tom quickly climbed up a nearby tree and began to forage for natural food. 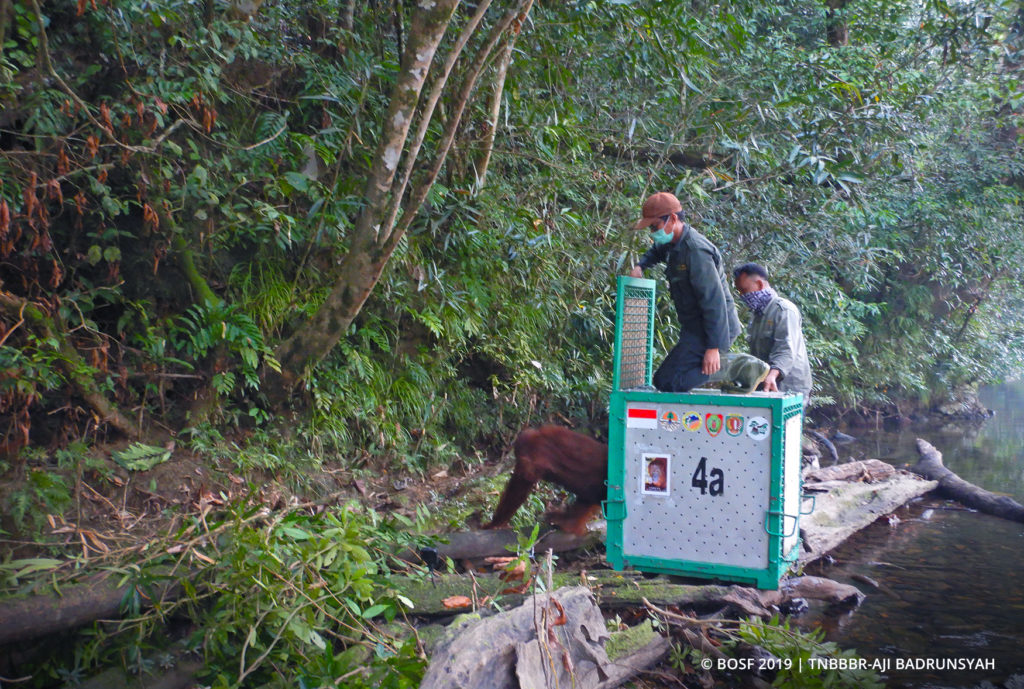 The oldest orangutan in the release group, Tarwan, finally gains her freedom 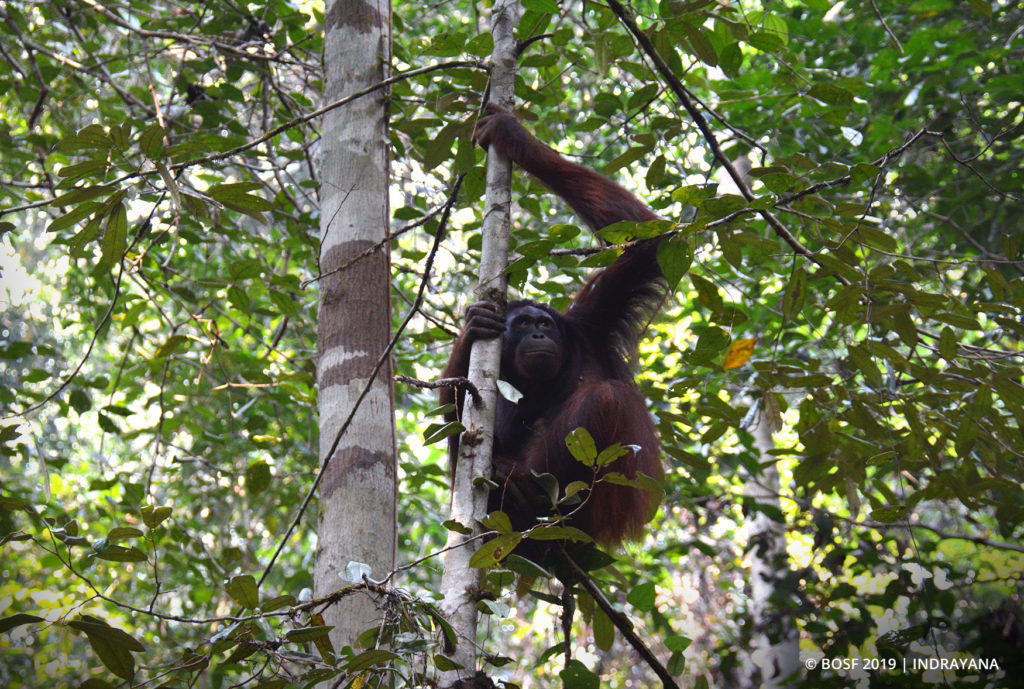 The second group of release candidates arrived in TNBBBR on 6 August. The release went smoothly, with all four orangutans heading straight into the trees in search of forest food. 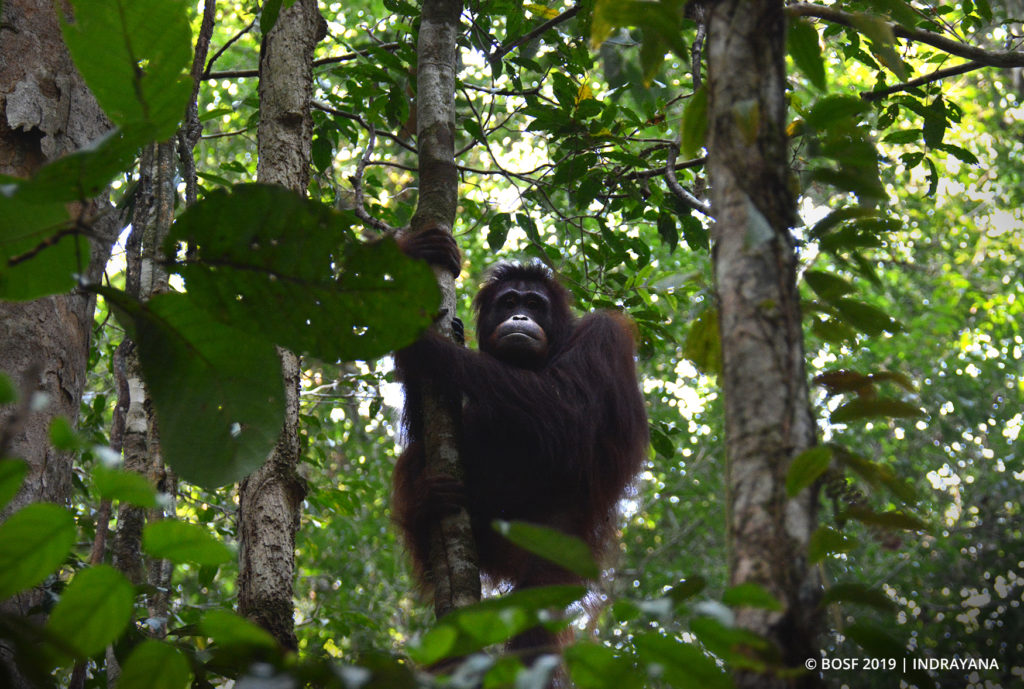 Bungsu and friends in the TNBBBR forest

The release team was happy and relieved to watch as Toby, Dini, Tom, Tarwan, Salu, Elly, Randang, and Bungsu finally completed their journeys to freedom. Now they can live as true, wild orangutans in the forests of the TNBBBR. Enjoy your new home! 🙂