BOS Foundation: Three Pairs of Mothers and Infants, Together Again 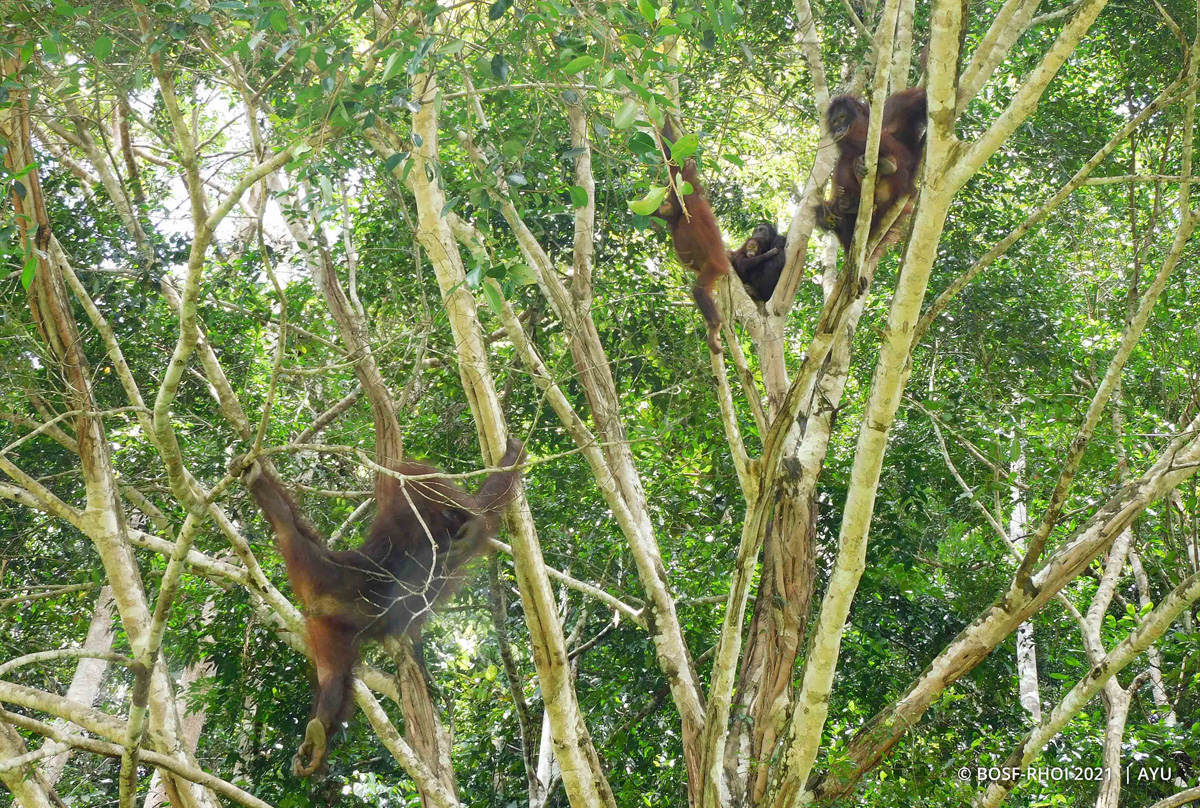 MAY 11, 2021 — Last seen together in early 2020, mother-infant pairs Lesan-Ayu, Sayang-Padma, and Teresa-Berani were recently spotted together again, not far from Lesik Camp, in the Kehje Sewen Forest, East Kalimantan. During observations conducted in the forest in early April, our PRM team discovered the three mothers and their children perched in a fig tree one afternoon, spending time together.

Lesan and Ayu were spotted first, enjoying themselves in the same fig tree, but on separate branches. Below them were Sayang and Padma, with Teresa and Berani, relaxing on nearby branches of the same tree. Shortly thereafter, Sayang and Padma moved towards a June plum tree, followed by Ayu, with Lesan watching from behind. Sayang and Padma quickly started devouring June plum leaves. Ayu approached the pair, appearing very interested in their activity. 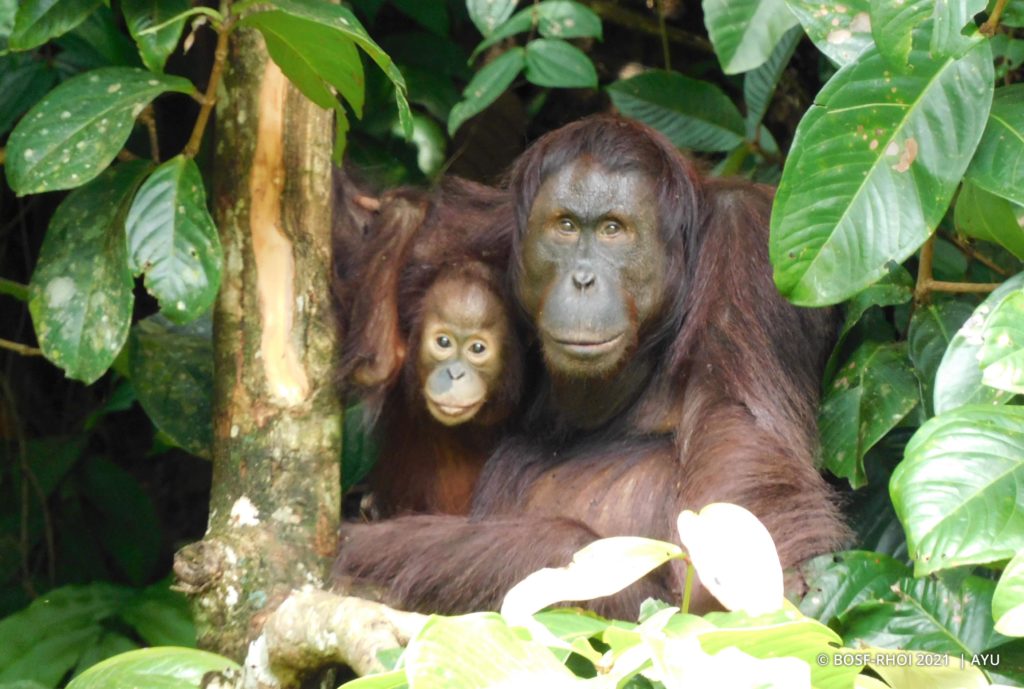 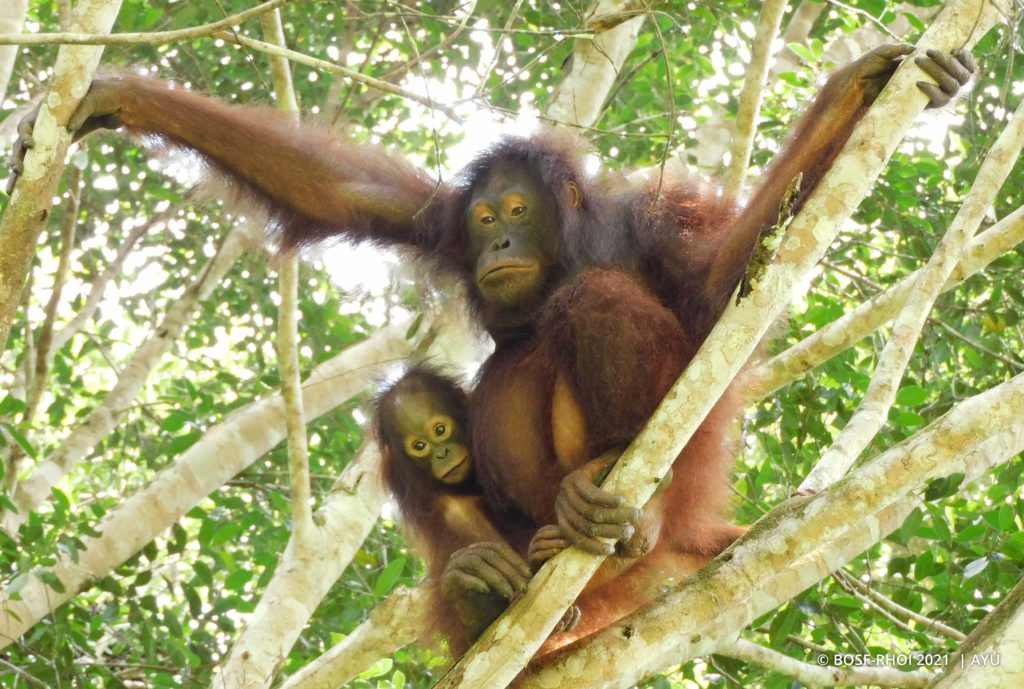 Ayu enjoyed playing with Padma and repeatedly tried to get closer to her, but Padma stayed close to her mother Sayang, never leaving her arms. Sayang was seen showing Ayu how to brachiate and sharing food with her.

Read also: Moms’ Day Out in the Kehje Sewen Forest!

As Ayu interacted with Sayang and Padma, Lesan turned her attention to Teresa and started grooming her. For quite a while, the two mothers took turns at grooming one another as Berani sat idly by, watching the two adult females have their moment. 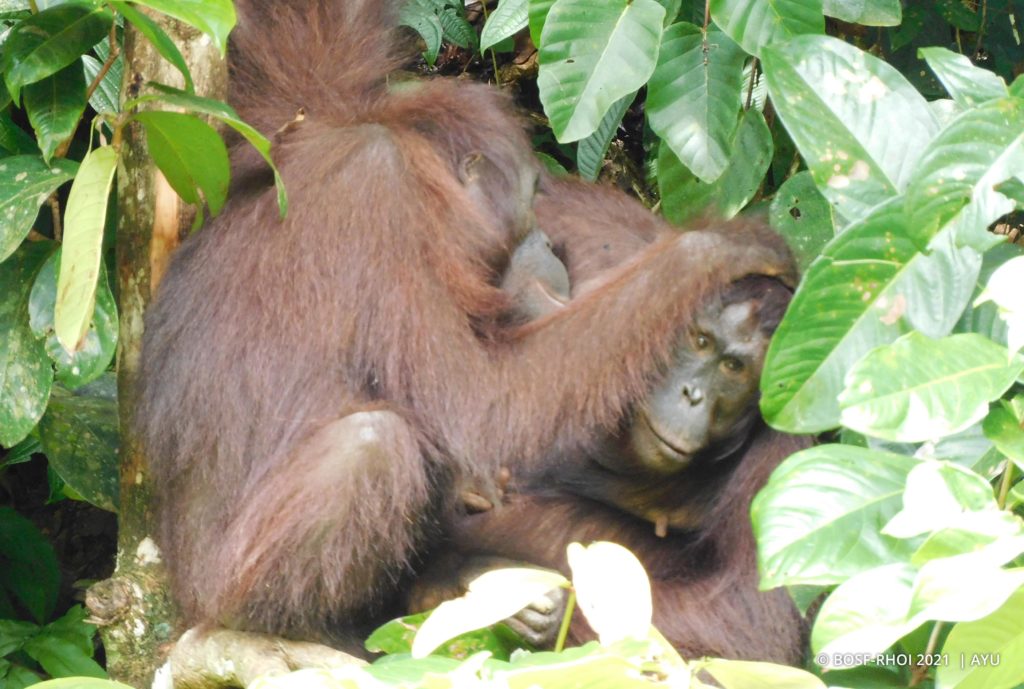 Lesan and Teresa grooming one another

The group eventually dispersed, with Sayang and Padma moving away toward the forest behind the camp, as Lesan, Ayu, Teresa, and Berani headed for the riverbank.

It is heart-warming to observe such moments of togetherness among mother-infant pairs in the forest. We hope this young generation of orangutans will reach independence and live long, healthy lives in the Kehje Sewen Forest!