After releasing 20 Central Kalimantan orangutans on Valentine’s Day last February, the Borneo Orangutan Survival (BOS) Foundation releases 18 more orangutans from Nyaru Menteng as a dedication to the conservation effort and the pride in Indonesian wildlife in conjunction with the Indonesian 68th Independence Day 2013.

These releases are only possible because of supporters like YOU! Click here to learn more about Orangutan Outreach's BOS Nyaru Menteng Release Fund and make a tax-deductible contribution to BOS Nyaru Menteng today!  Thank You for your support! 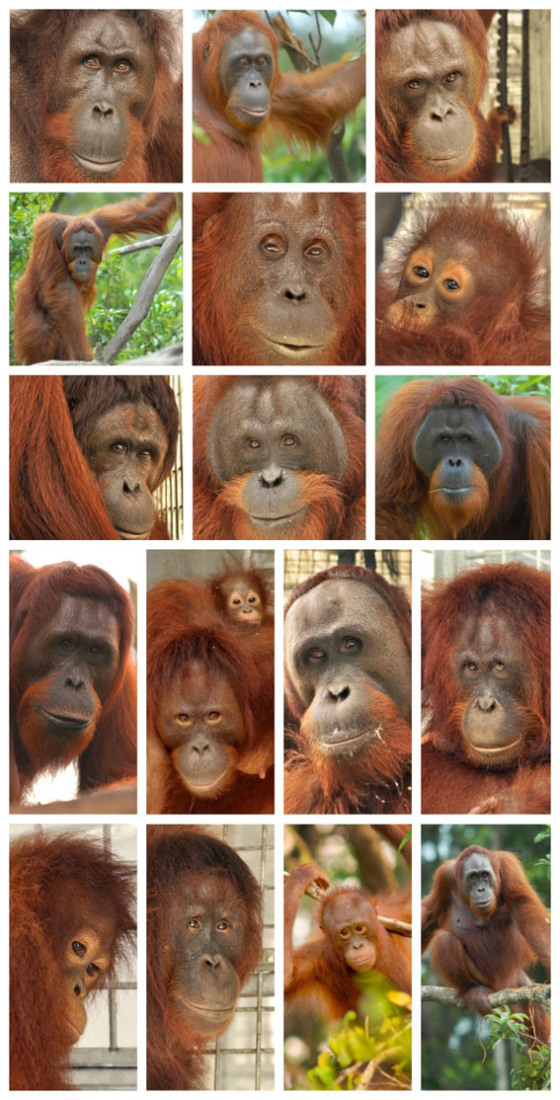 18 Lucky Orangutans are going back to the forest!!!

Nyaru Menteng, Central Kalimantan, 16 August, 2013. On August 16 and 17, 2013, 18 rehabilitated orangutans depart from the BOS Central Kalimantan Orangutan Reintroduction Program at Nyaru Menteng and travel to pre-designated release points in the Bukit Batikap Conservation Forest. They consist of 12 female and 6 male orangutans whose details can be seen here.

In addition to commemorating the 68th Indonesian Independence Day, this event is part of an ongoing effort by BOS to meet the target stated on the Indonesian Orangutan Action Plan and Conservation Strategy 2007 - 2017, launched by the president of the Republic of Indonesia during the Climate Change Conference in Bali, 2007. The Action Plan states that all eligible orangutans in rehabilitation centers should be released by 2015. In 2012, the BOS Foundation released 44 orangutans in Central Kalimantan and plans to release 80-100 orangutans in Bukit Batikap by the end of 2013 to meet this target. So far in 2013, the BOS Foundation released 20 orangutans on Valentines Day last February. 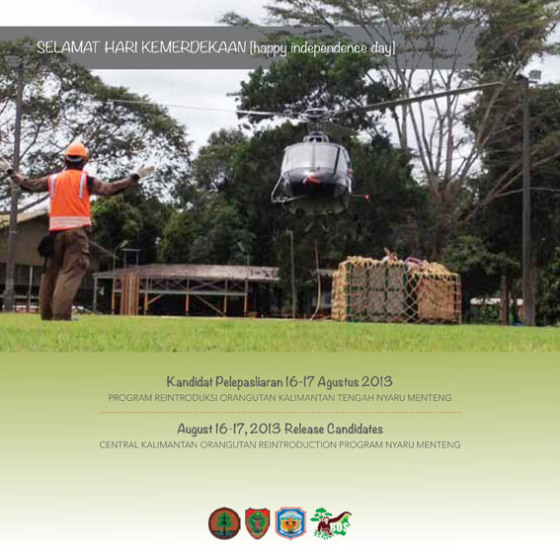 Anton Nurcahyo, Program Manager of Central Kalimantan Orangutan Reintroduction Program at Nyaru Menteng said, "Our target is to release 150 to 200 orangutans in Bukit Batikap Conservation Forest. After which however, the carrying capacity of Bukit Batikap Conservation Forest will reach an optimum point. Therefore, together with the Central Kalimantan Provincial Government and the Murung Raya Regency Government, we are in the process of finding a new suitable location for release events in upcoming years. If we are not able to find such location, it will be difficult to meet the Action Plan’s target."

These releases are only possible because of supporters like YOU! Click here to learn more about Orangutan Outreach's BOS Nyaru Menteng Release Fund and make a tax-deductible contribution to BOS Nyaru Menteng today!  Thank You for your support!

The success of orangutan conservation heavily relies on support from various parties, including the government, communities, and the private sector. Therefore the BOS Foundation works closely with the government of Indonesia at all levels in the conservation of orangutans and their habitat. At the provincial level, the BOS Foundation collaborates with the Provincial Government of Central Kalimantan as outlined on the Cooperation Agreement, effective since December 31, 2009, on orangutan and habitat conservation in Central Kalimantan.

According to the Head of the Central Kalimantan Conservation and Natural Resources Authority, Ir. Hariyadi, "At the core of all long term solutions towards orangutan conservation efforts is the implementation of cooperation and support from various parties. Orangutan habitat is not only located within conservation areas, but also in areas of production forests, protected forests, and plantations, therefore the cooperation between the government and the private sector is always required. We thank the Central Kalimantan Provincial Government and the Murung Raya Regency Government for their support in this orangutan release event in Bukit Batikap Conservation Forest. Since the orangutan is an endangered and protected species, the Central Kalimantan Conservation and Natural Resources Authority is committed to increasing our efforts in orangutan conservation, as mandated by the Director General of Forest Protection and Nature in Decree No. 173/IV-Set/2013."

The CEO of the BOS Foundation, Dr. Jamartin Sihite stated, "The private sector, especially those who have enjoyed profits from natural resources and thus have caused orangutans to be evicted from their forest home, must play a more active role in carrying out their responsibilities. Most businesses in Indonesia tend to undervalue the process of sustainable natural resources management or Best Management Practices, and impose environmental costs to other parties. While the logical fact is that externality of negative impact of a business should be the sole responsibility of the business itself. This has to change very soon and the changes must be encouraged and obligated by the government through strict and unyielding regulations.”

This release event is also supported by the Ministry of Forestry, Central Kalimantan Provincial Government, Murung Raya Regency Government, and the people of Murung Raya. The BOS Foundation would also like to convey their gratitude for the moral, financial and logistical supports from private sectors such as BHP Billiton and PT. Indo Muro Kencana, as well as individual donors, partner organizations and other conservation organizations across the globe who are concerned with orangutan conservation in Indonesia.

The Borneo Orangutan Survival (BOS) Foundation is an Indonesian non-­profit organization dedicated to the conservation of the Bornean orangutan and its habitat, in cooperation with local communities, the Indonesian Ministry of Forestry and international partner organizations.