Each day the BOS Post Release Monitoring (PRM) team based out of Camp Totat Jalu in the Bukit Batikap Conservation Forest is responsible for the daily monitoring of reintroduced orangutans. During the day they are continually searching for individual radio signals which are emitted from each orangutan, and pre-select focal orangutans they are scheduled to observe and record behavioral data on. All data is carefully recorded for frequent analysis. This sounds pretty straightforward, but it is a challenging and extremely important job. All of our monitoring technicians have developed special impressions on the orangutans they follow and collect data on. These are just a few examples!

Elldy (also known as Otong), joined the BOS Foundation team on April 6th, 2013. In August 2013, Elldy had the chance to participate in his first orangutan release since he started work with us and was given the honor of opening 14 year-old female Tehang’s, travel cage.

Elldy sees Tehang as a very friendly and intelligent orangutan. When her cage was opened, Tehang climbed straight up a tree and there was an unforgetable and emotional moment where Tehang briefly stared at Elldy before she embarked on her journey into Batikap. That moment sealed Elldy’s respect for Tehang and he is always very happy to be assigned to monitoring her activities. 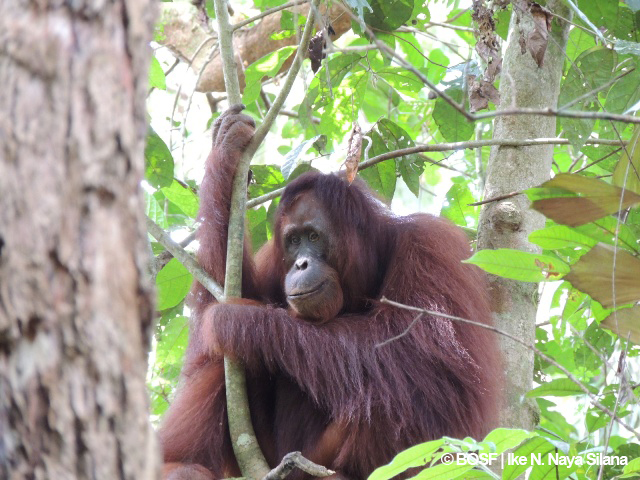 Sifa is another one of Elldy’s favorite orangutans. Sifa is the daughter of Sif, and was released with her mother in 2012 when she was 2 years old. Now Sifa is 4 years old and based on observational data from Elldy’s daily monitoring assignments, Sifa has reportedly grown into a very independent young orangutan. She is skillful in foraging for forest fruits and very agile in the trees and is definitely one of Elldy’s favorites to observe. 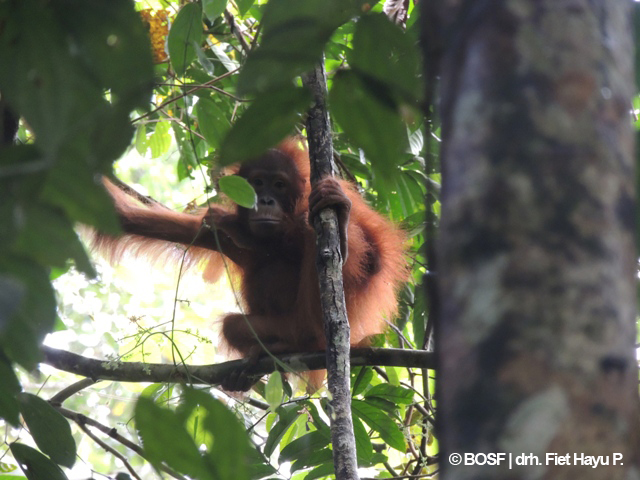 When asked about his favorite orangutan, Joy confesses that he has special connection to Ika and Ebol. According to Joy, Ika is intelligent and is able to use tools crafted out of vegetation (sticks) to fish for termites. Joy also adores Ebol because of her interesting eating habits. Ebol is very independent since she separated from her mother, Mama Ebol, and she loves to eat. She is excellent in identifying natural foods and spends her days looking for the kinds of food she loves, which in turn enriches the PRM team’s knowledge on orangutan’s natural food and selection in Bukit Batikap Conservation Forest. 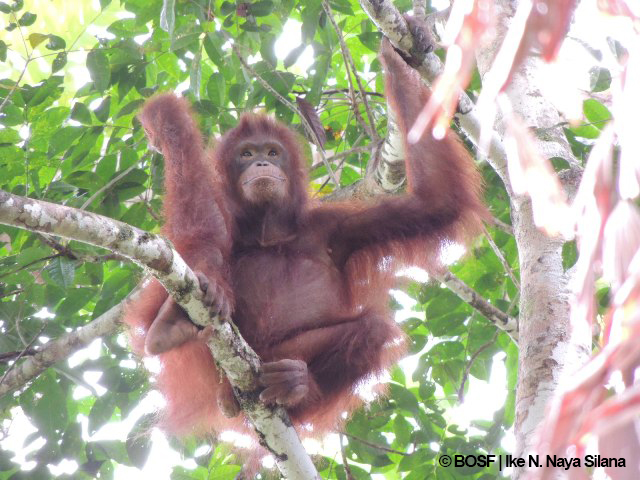 Joy had a particularly challenging experience while observing Monic and feels that she was watching out for his safety and welfare. On this particular occasion when observing Monic’s activities, Joy noticed that the female orangutan started to become anxious and make noises he hadn’t heard before. Monic’s behaviour alerted the PRM Team that something was amiss and only a short while afterwards, a sun bear walked right next to the transect where Joy was working. Monic has certainly developed her sills in identifying threats or situations that she is uncomfortable with which is very encouraging.

Lupita, who was released by Joy in February 2013, also has a special place in Joy’s heart. Lupita is very wild and active. When her travel cage was opened, she climbed straight up a tree and disappeared in the thick forest canopy, but just for a moment she stared at Joy as if acknowledging his action in releasing her. Unfortunately Joy has not seen Lupita since. Lupita is very independent and we think that she has likely explored far away from her release point making it impossible for the PRM Team to observe her. We’ll keep looking though as many of our orangutans have surprised us after many months following their release.

Keep up the great work team!