FEBRUARY 2, 2017 — At the end of last year, I returned to the Bukit Batikap Conservation Forest in Central Kalimantan to review the progress of our reintroduced orangutans from a veterinary health perspective.

Being the rainy season, regular, but thankfully mild rainfall still allowed us to continue observations. Fortunately the river didn’t overflow, and we were able to reach the targeted transects using a ces (motorized small boat), being careful of course to watch out for tree trunks protruding from the river as we made our way.

This time of year is also fruiting season in the Bukit Batikap Conservation Forest and the orangutans are known to gather in certain areas where forest fruits are abundant. Most of these areas are located along the banks of the Posu and Joloi rivers.

Arriving at the banks of the Posu River, we saw three mother-infant pairs in close proximity to each other: Sumeh and Sawung, Cindy and Riwut, and Lesta and Lewis. Cindy and Riwut were on the forest floor eating termites. Riwut was trying to find some termites on his own, while mother Cindy watched attentively nearby. It was great to see them close to each and interesting since all were reintroduced at different times between 2013 and 2015. 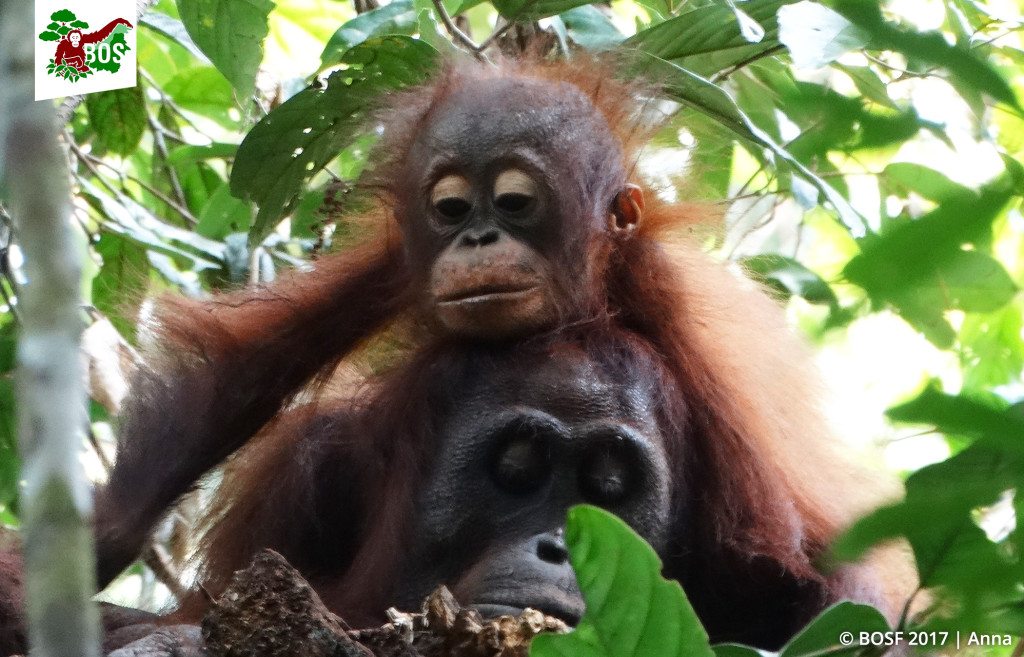 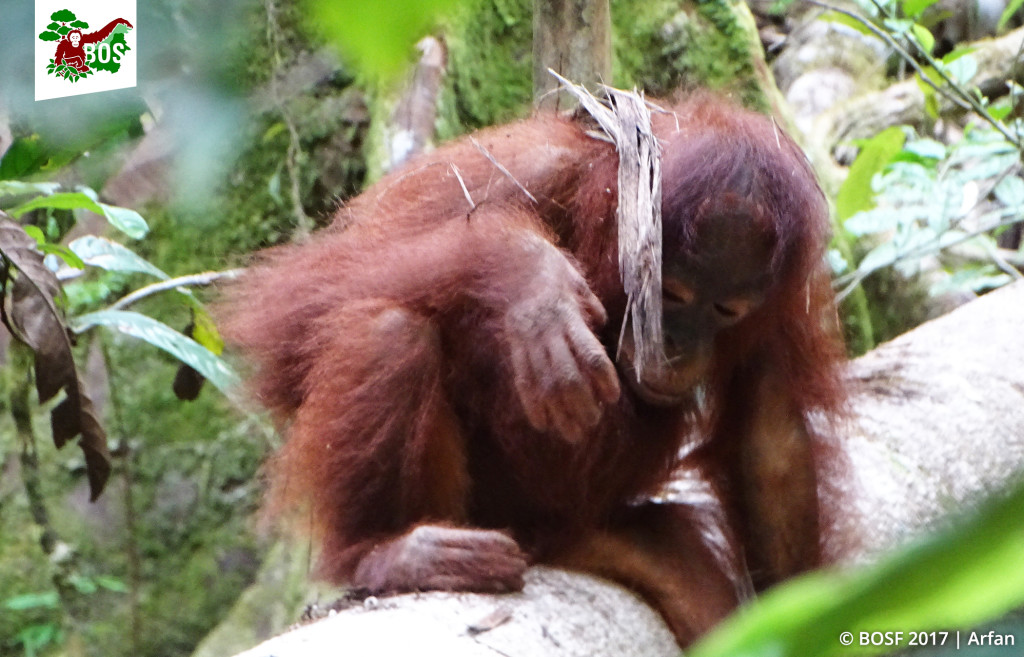 When we reached the Joloi River banks, we spotted Gina, Manisha, Zakia, Mardianto, Manggo, and Ella. They were all sitting atop different trees and eating the abundant fruits around them, completely at ease in their surroundings. It was such a glorious sight to see! 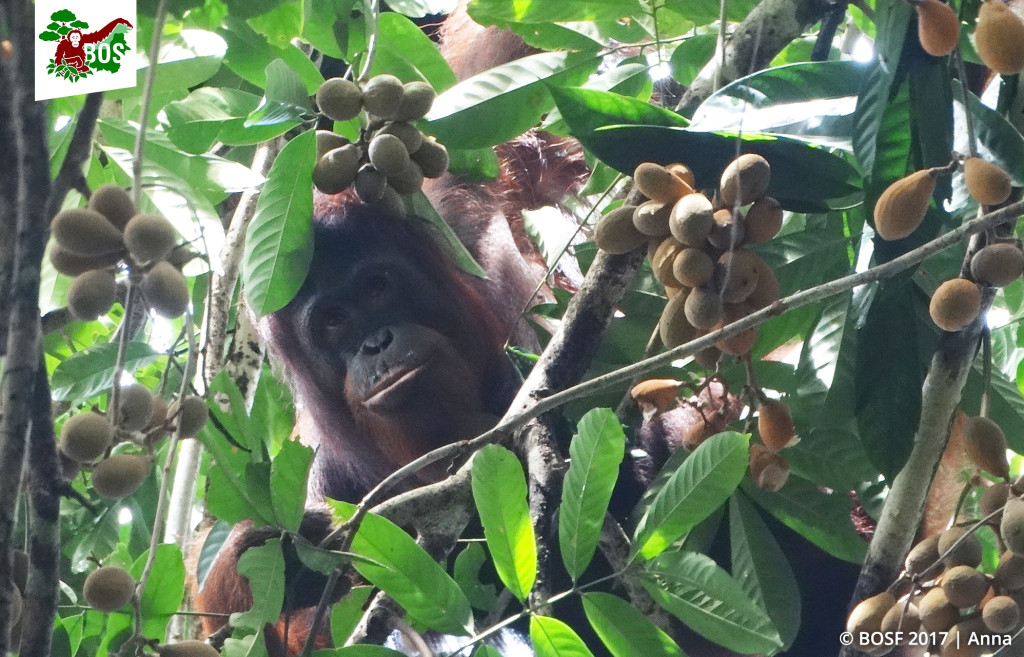 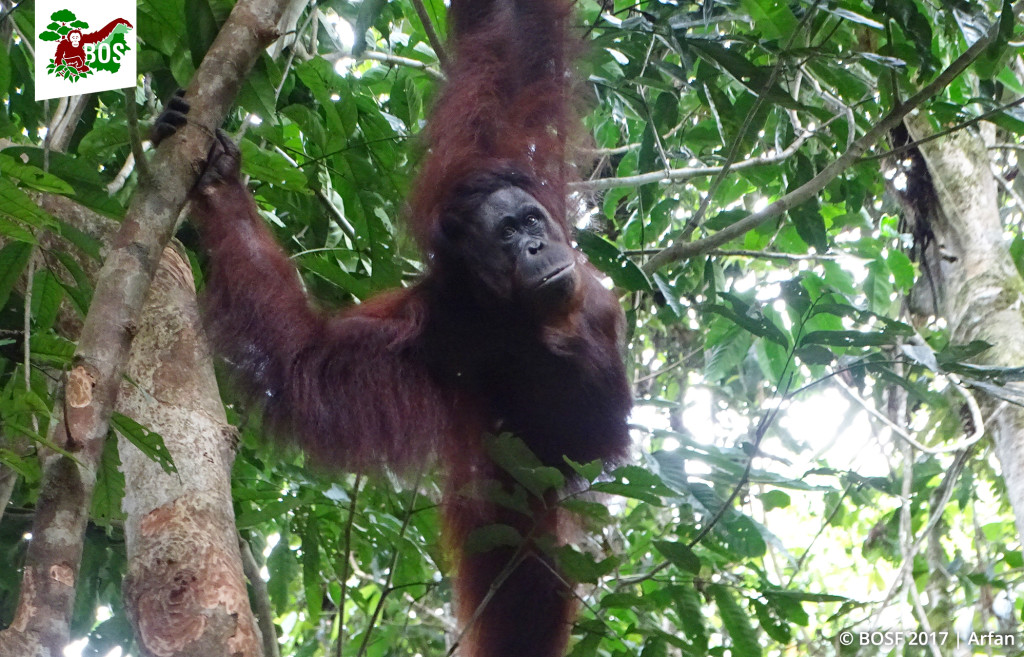 They mostly stayed up in the trees to forage, but occasionally climbed down to find termites or pluck and devour young shoots on the forest floor.

It was such a pleasure to see these orangutans, all of whom I had known well and medically treated during their time at Nyaru Menteng, looking healthy, happy and at ease in the Bukit Batikap Conservation Forest. The orangutans currently undergoing rehabilitation at the BOS Foundation’s two centers will hopefully follow in their friends’ footsteps, and one day be given their freedom in the wild.