The BOS Foundation, in cooperation with the Central Kalimantan BKSDA, is preparing to release six more rehabilitated orangutans from Nyaru Menteng to the Bukit Baka Bukit Raya National Park in Katingan Regency. Here are the release candidates’ profiles...

Semi-wild orangutans are those who, at the time of rescue, have previously encountered humans yet have acquired and retained sufficient natural behaviours and vital skills to survive alone in the wild. 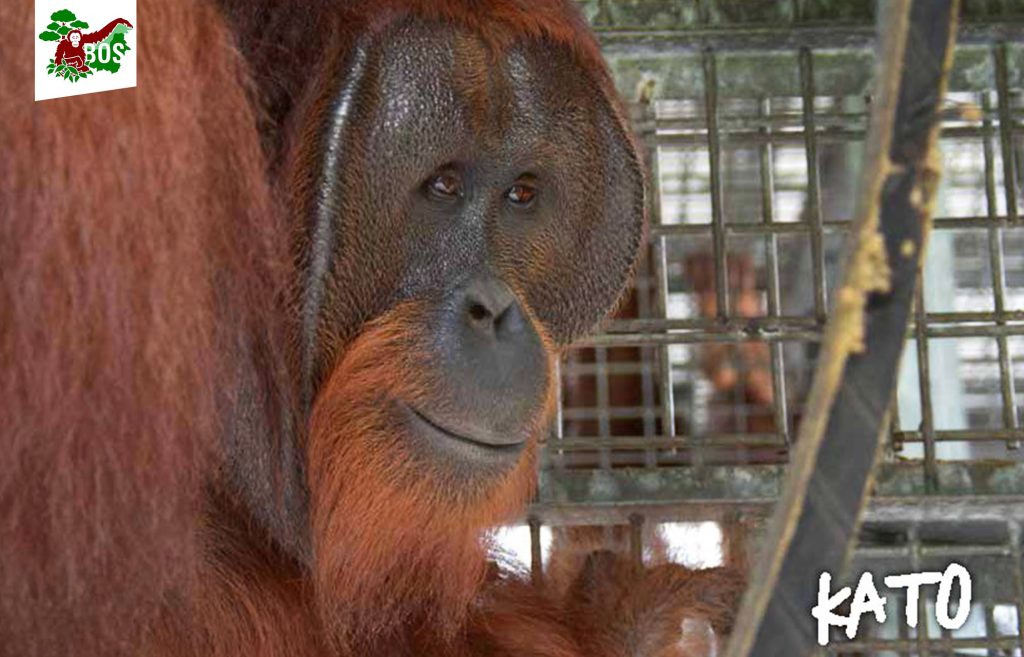 Kato was rescued on June 24, 2003, after being kept illegally as a pet by a local resident of Kantunjung village in Kapuas Regency. He arrived at Nyaru Menteng when he was two years old, weighed 6 kilograms, and still displayed wild behaviours. Kato was placed in Forest School, where he slowly adapted and learned from our team of dedicated babysitters.

During his time in Forest School, Kato quickly responded to direction from babysitters. On March 3, 2015, he was moved to Kaja Island where he grew to be quite dominant and respected by other orangutans.

Kato is now 16 years old, weighs 79 kg, and is growing cheekpads. He will soon get the chance to test his dominance when he moves to his new home in the Bukit Baka Bukit Raya National Park.

Rehabilitant orangutans are those rescued at a young age and/or confiscated from people who have kept them in captivity. These orangutans have limited knowledge and skills required to live independently in the forest, and therefore need to undergo a lengthy period of rehabilitation. 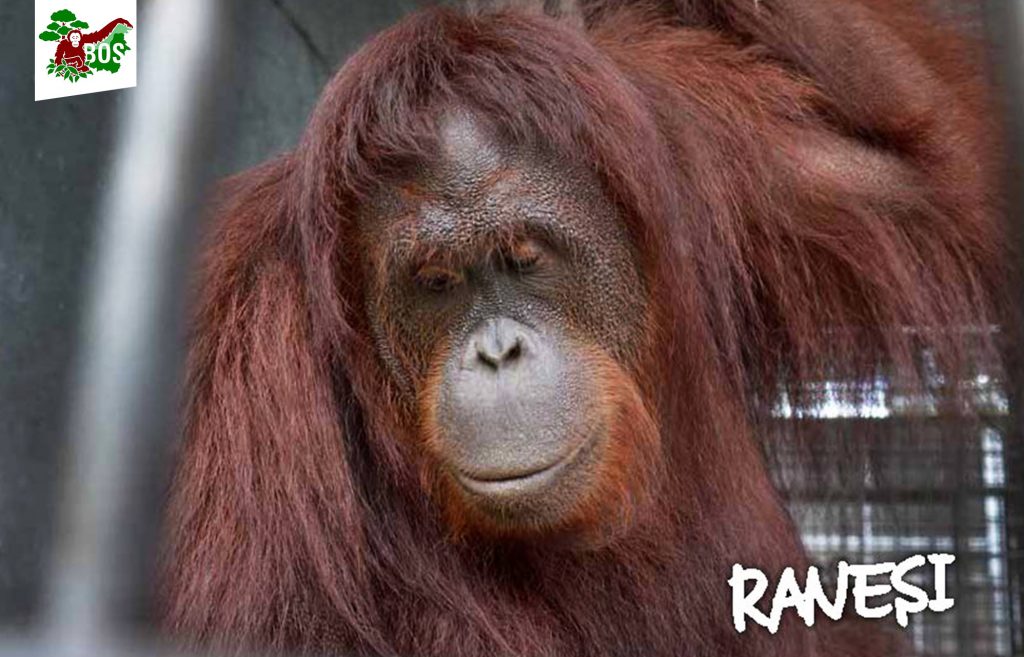 Ranesi was rescued on July 30, 2005, after being held captive by a local villager from Sampit, in East Kotawaringin Regency, Central Kalimantan. When she arrived at Nyaru Menteng, Ranesi was around four years old and weighed 13 kilograms.

Ranesi began the rehabilitation process in Forest School and on March 2, 2015, was moved to Kaja, a pre-release island. On Kaja Island, Ranesi spent the majority of her time up in the trees and grew to become a good forager.

Now 16 years old and weighing 35.4 kg, Ranesi has become wary of human presence and is ready to live in the natural habitat of the Bukit Baka Bukit Raya National Park. 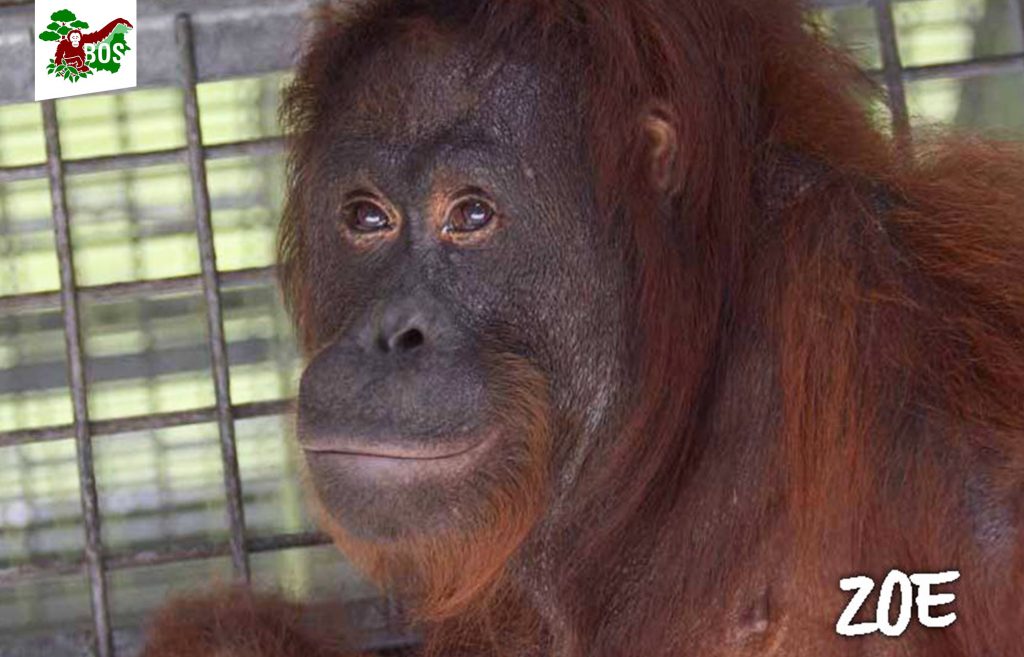 Zoe was confiscated from a local resident of Pundu village in East Kotawaringin Regency, Central Kalimantan, on September 10, 2004. She arrived at Nyaru Menteng in poor condition; with severe rope burns on both of her thighs. She was about three years old at the time and weighed 7.3 kilograms.

After completing her rehabilitation in Forest School, Zoe moved to Kaja Island on March 2, 2015. During her time on the island, Zoe has kept her distance from technicians and become somewhat of a loner. She has turned into an avid explorer and a great forager.

Zoe is now 16 years old and weighs 33 kg. She will soon become a true, wild orangutan when she moves to the natural forest habitat of the Bukit Baka Bukit Raya National Park. 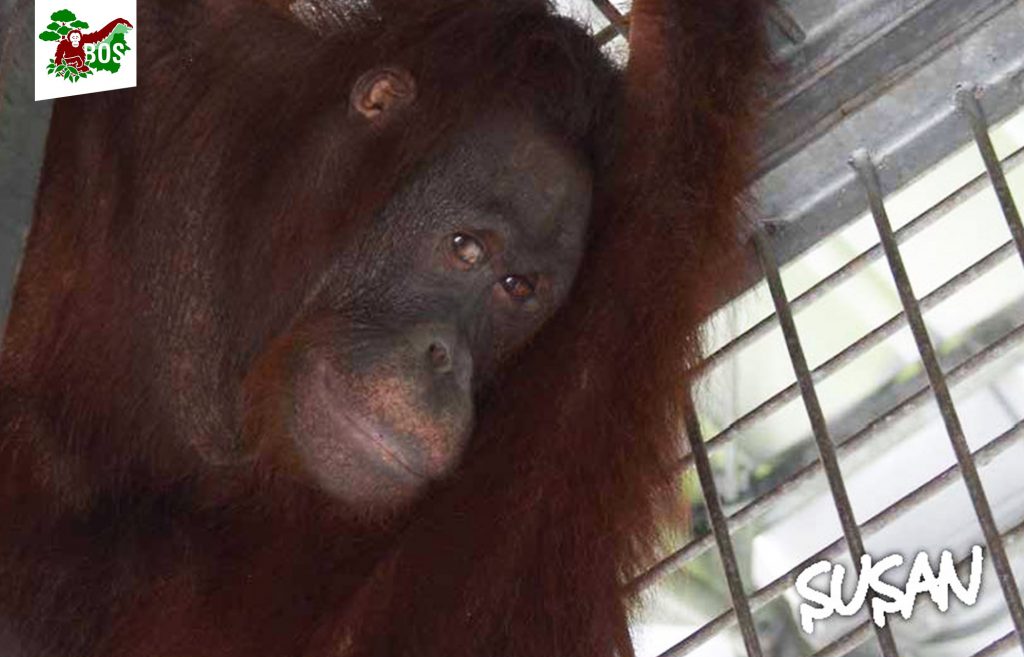 Susan was rescued on November 9, 2006, after being kept illegally as a pet by a local resident of Mantangai, in Kapuas Regency, Central Kalimantan. When she arrived at Nyaru Menteng, Susan was around two years old and weighed 4 kilograms.

Susan soon proved what an intelligent individual she is, easily picking up instructions given by babysitters. After finishing Forest School, Susan was moved to Bangamat Island, where she has socialised well with other orangutans and has become a good forager.

After 11 years of rehabilitation, Susan is now 13 years old and weighs 40.4 kg. She is now ready to live as a true, wild orangutan in the Bukit Baka Bukit Raya National Park. 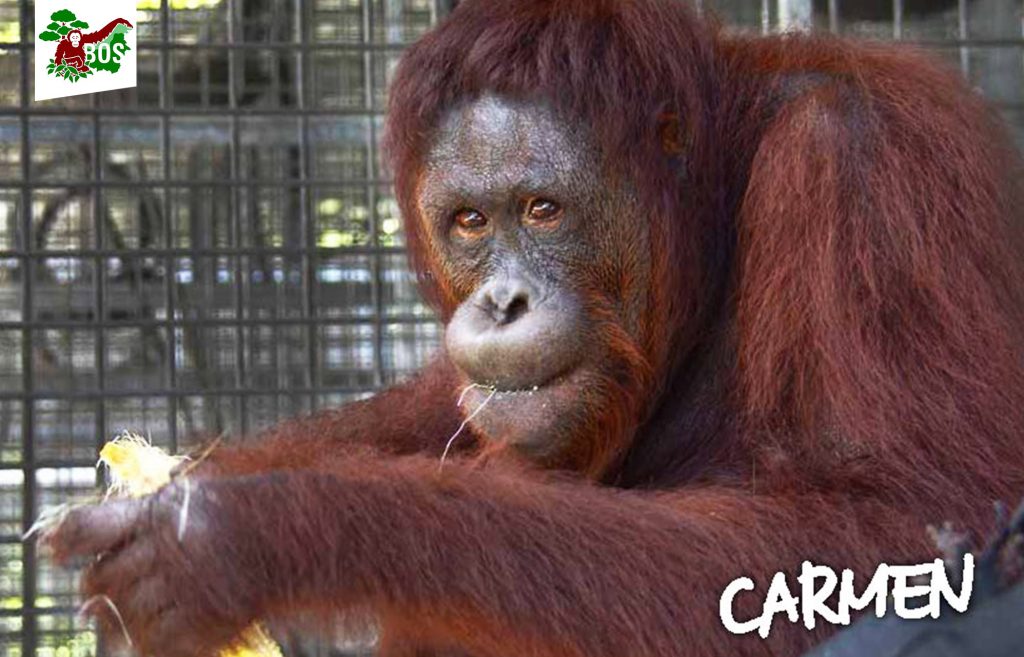 Carmen came to Nyaru Menteng on February 10, 2004, after being confiscated from a local villager of Tumbang Mangkutub, in Kapuas Regency, Central Kalimantan. She was only two years old at the time and weighed 5.5 kilograms.

Over the next decade, Carmen worked her way through the different levels of Forest School before being relocated to the pre-release island of Kaja on March 3, 2015. During her time on Kaja, Carmen turned into a lone explorer and good forager.

Carmen is now 15 years old and weighs 39 kilograms. After 13 years of developing her skills through the rehabilitation process, Carmen is now ready to explore the wild habitat of the Bukit Baka Bukit Raya National Park. 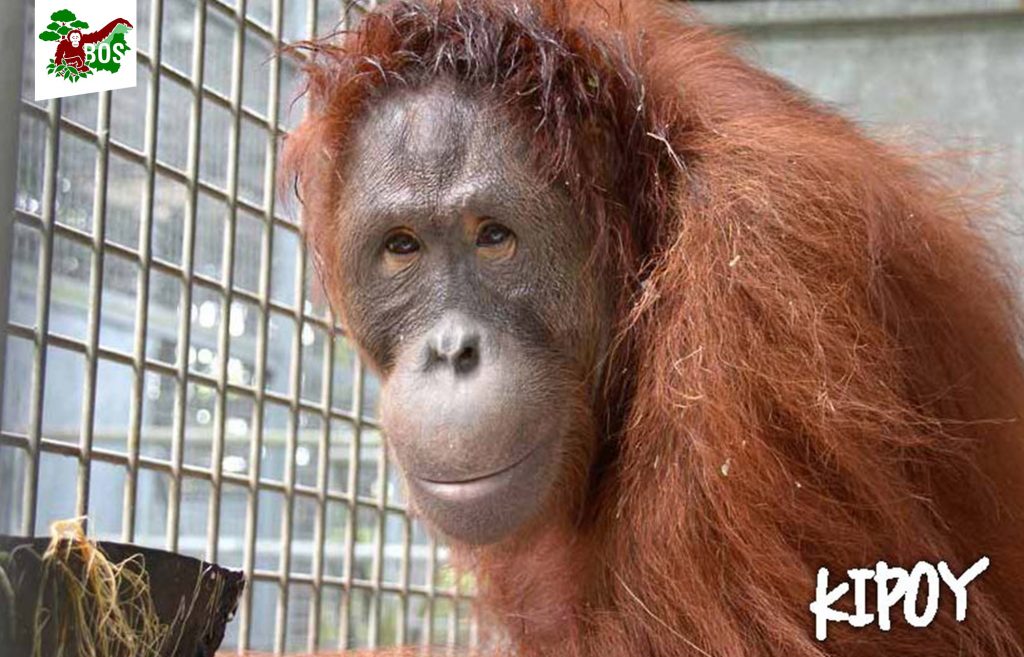 Kipoy was rescued in a joint effort involving the BOS Foundation Nyaru Menteng and the Central Kalimantan BKSDA, which saw her recovered from a palm oil plantation in East Kotawaringin Regency. She came to Nyaru Menteng on July 23, 2006, when she was three years old and weighed 4.3 kilograms.

During her time in Forest School, Kipoy proved herself to be a smart individual who consistently built on her skills. She was moved to Bangamat Island on November 24, 2014, and adapted well to her new life there.

Kipoy is now 14 years old and weighs 37.2 kg. With her well-honed skills, she is now ready to live as a true, wild orangutan in the forests of the Bukit Baka Bukit Raya National Park.