BOS Orangutan Releases: Catching Up with Signe, Bungaran and Bong

Signe, Bungaran, and Bong were released on 13 December, 2016. Signe arrived at Samboja Lestari on 1 February, 2009, when she was just two years old. She underwent rehabilitation at Samboja Lestari and gave birth to her first infant, a male named Bungaran, on 5 April, 2015. The pair was released to the Kehje Sewen Forest when Signe was nine years old and Bungaran was only one. 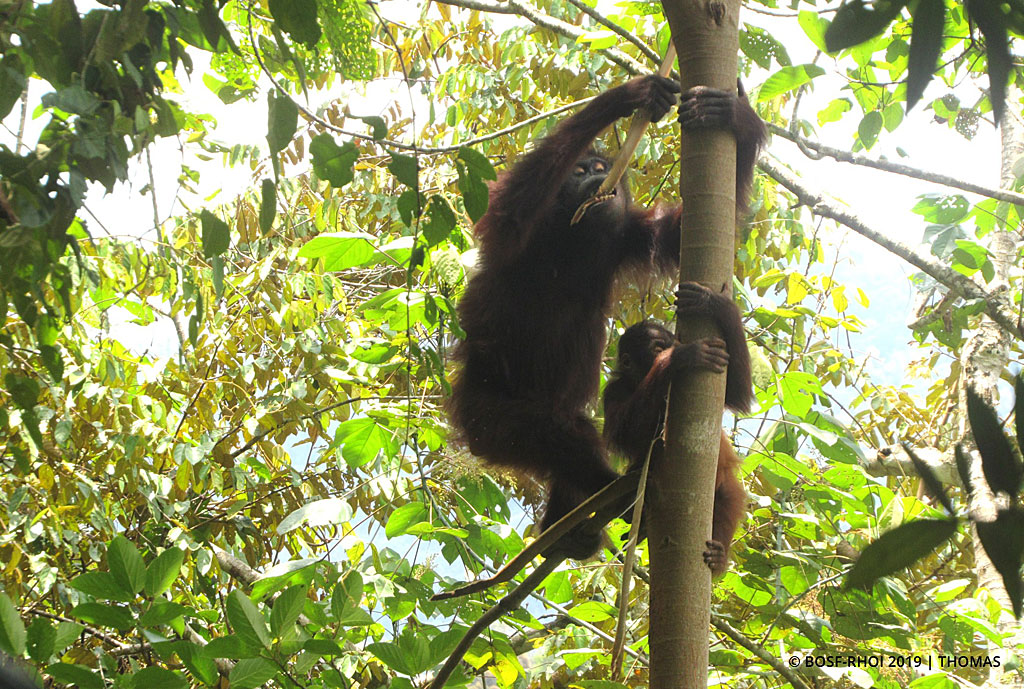 The PRM team had embarked on a patrol that day near the helipad, about a 40-minute walk from camp. There they saw Signe and Bungaran perched up in a tree, observing their surroundings. The team got to work taking notes on their movements at two-minute intervals, and after half an hour of observation the mother and son started to move away through the trees.

They stopped at a macaranga tree to eat its young leaves. After getting his fill, Bungaran played alone nearby while his mother continued to savour the young leaves. Not long after Bungaran stopped eating, Signe moved to a liana tree and began to peel off the bark. Bungaran, who watched Signe’s every move, approached his mother and joined in feasting on the delicious cambium. During observations, the pair consumed a large amount of bark and various forest fruits. The pair retired in a nest for the evening just after sunset. 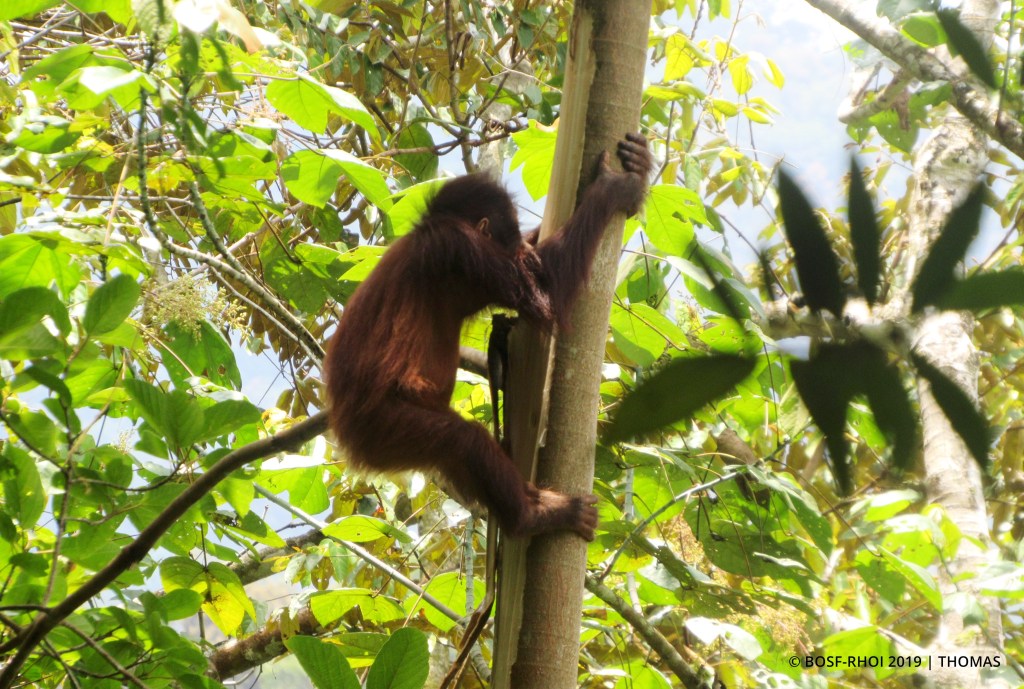 The PRM team attempted to follow them the next day, but could not pick up their signal. After walking up the trail, the team came across Bong, a 17-year-old female orangutan who was released on the same day as Signe and Bungaran. The team decided to follow and observe her instead.

Bong was observed actively eating forest food and spending most of her time relaxing among lianas. Unfortunately, the sky turned dark earlier than expected and the rain set in. Bong left the area to move deeper into the forest, and the PRM team returned to Nles Mamse Camp. 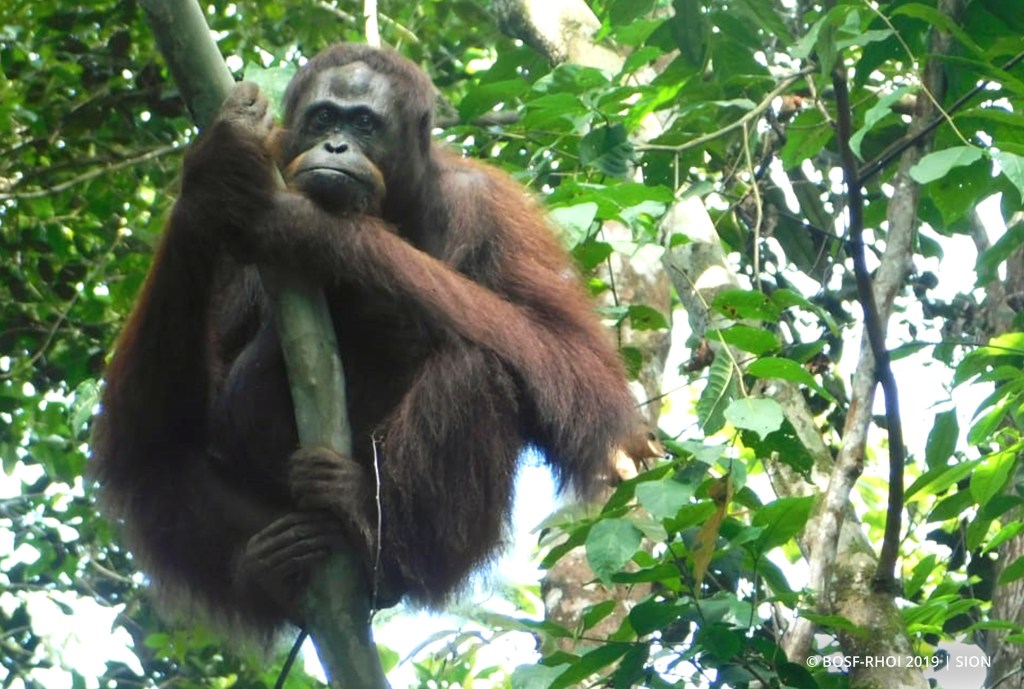 Observational data collected during the week indicate that Signe, Bungaran, and Bong appear to be in good health and are spending the majority of their time up in the trees. Bungaran, the youngest of the three, continues to show positive progress in adapting well to his environment.