BOSF Bids Farewell to 2017 with Release of Eight Orangutans

December 15, 2017 — As the year comes to an end, the BOS Foundation is still working full steam ahead on its #OrangutanFreedom campaign. With 2017 marked as “The Year of Freedom for Orangutans”, the BOS Foundation has worked tirelessly throughout the year to successfully free 170 orangutans from the Nyaru Menteng rehabilitation centre in Central Kalimantan and Samboja Lestari in East Kalimantan, both to pre-release islands and to natural forests.

The BOS Foundation, in collaboration with the Ministry of Environment and Forestry, is seeing out 2017 with the release of eight more orangutans from Nyaru Menteng to the Bukit Batikap Protected Forest, in Central Kalimantan. This is the 13th release conducted by BOSF Nyaru Menteng in Bukit Batikap since 2012, and the 20th overall in Central Kalimantan. This will bring the total number of orangutans released to the Bukit Batikap Protected Forest to 175 individuals.

Day of Freedom for Orangutans

The eight orangutans in this release included seven adult males (Sabun, Kasper, Mas, Dani, Jaki, Bento, and Fitun) and one female (Karen), who departed Nyaru Menteng in two batches. The first group set off on December 12, with the second group following the next day. You can read about them and see photos here.

The first batch of orangutans – Sabun, Kasper, Mas, and Dani – were sedated at Nyaru Menteng on December 12, and carefully placed in transport cages. At around 8 p.m., the team and the four orangutans left Nyaru Menteng and headed to the Kuala Kurun Airstrip, in Gunung Mas Regency. The team arrived at the airstrip at midnight, and took a break before flying out the next day to the release point. The helicopter used was made available by the Directorate of Forest and Land Fire Control, from the Ministry of Environment and Forestry (KLHK).

Luckily, we were blessed with fine weather all morning. Two orangutans were flown at a time, to comply with maximum loading capacity. Sabun and Kasper departed first on the morning of December 13, and quickly embraced freedom after their cages were opened at the predetermined release point of Monnu reef, deep in the heart of Batikap. Mas and Dani got their turn in the afternoon, after waiting for the helicopter to return and airlift them to the forest. 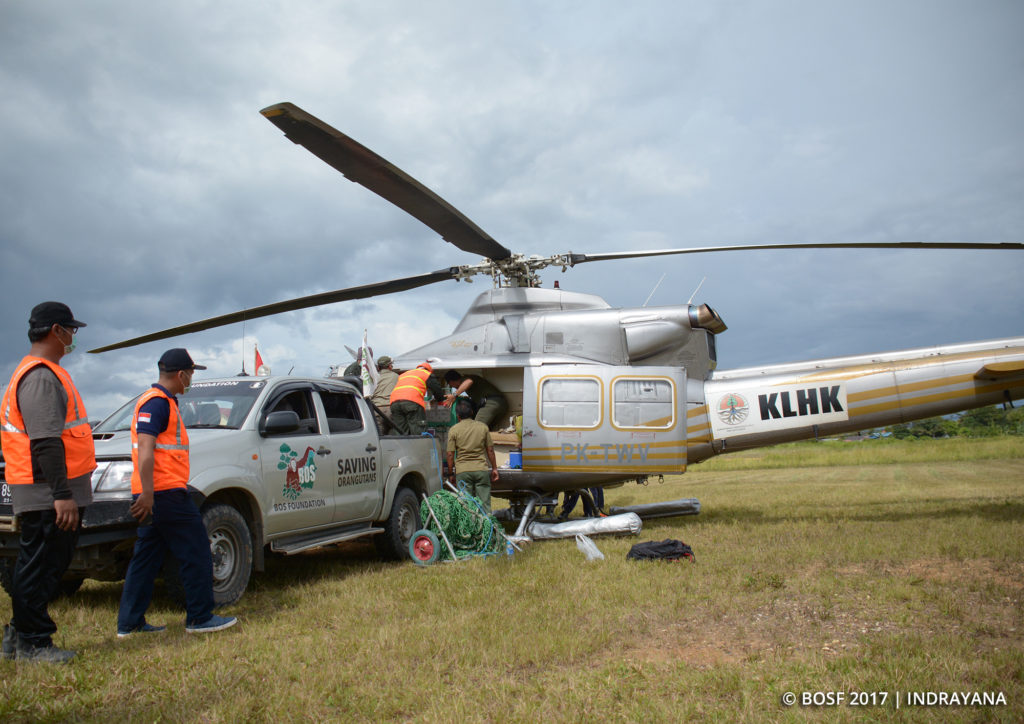 Meanwhile, back at Nyaru Menteng on the very same day, the second batch of orangutans were undergoing sedation in preparation for their journey to freedom. Jaki, Bento, Karen, and Fitun left Nyaru Menteng on December 13, and arrived at the airstrip to be flown and released today (Thursday, December 14).

These eight orangutans are now enjoying their first moments of true freedom in the Bukit Batikap Protected Forest. What a wonderful way to end a very busy year! 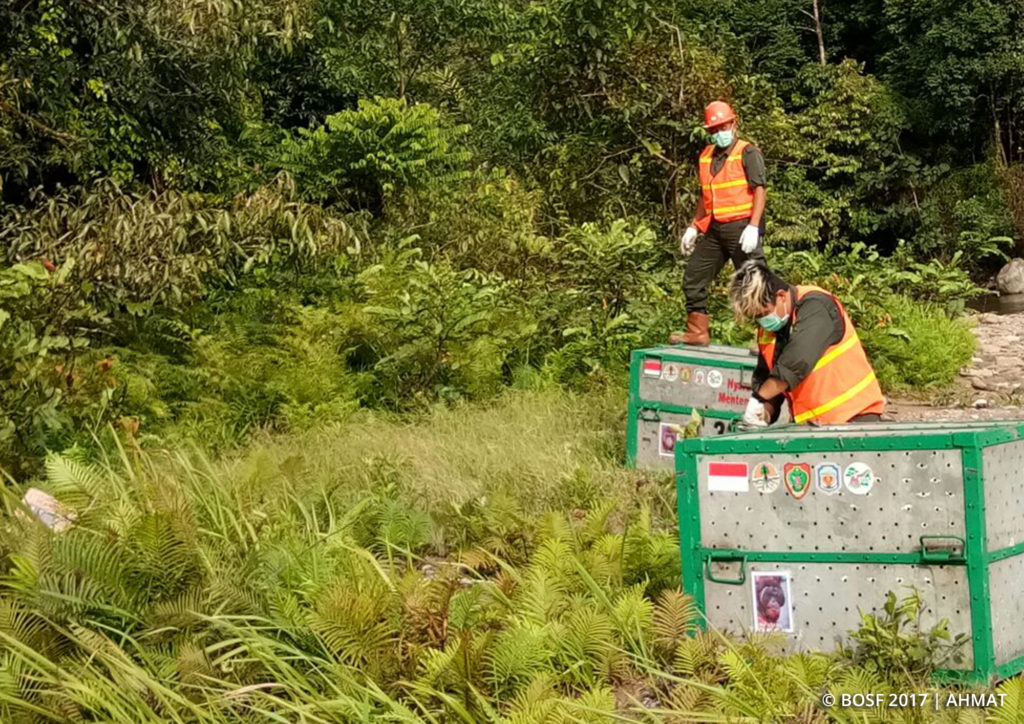 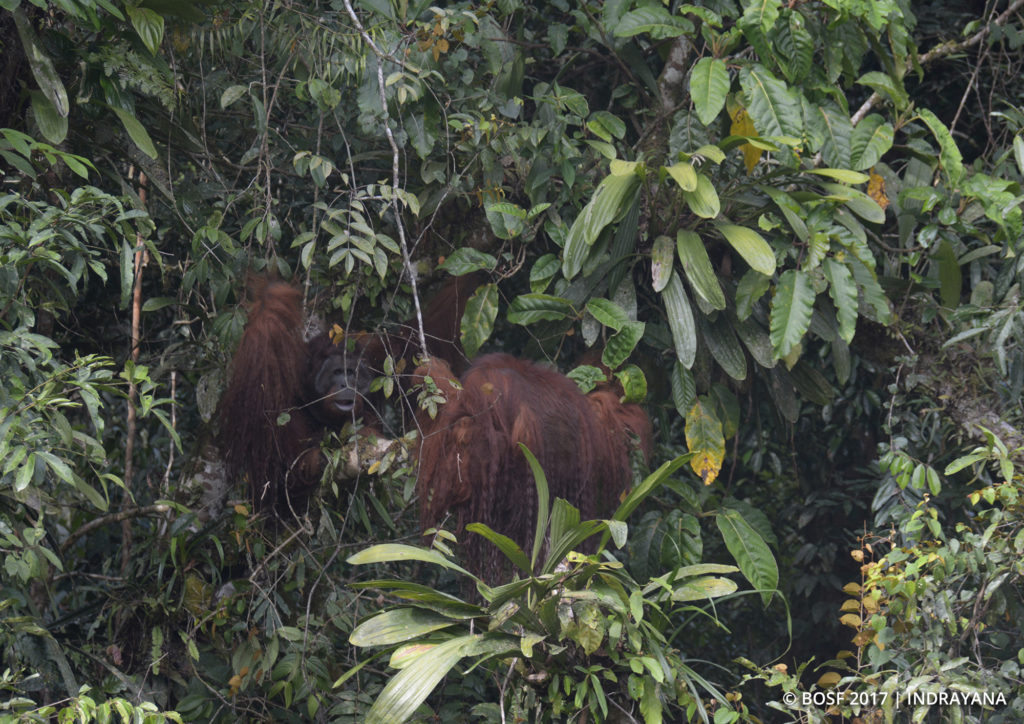 Thanks to the cooperation and support from both the local and central governments, institutions, and partners from all over the world committed to the conservation of orangutans and their habitats, the BOS Foundation has given freedom to 326 orangutans since 2012! We are grateful for the moral and financial support of all parties that have contributed to this conservation effort. Let’s continue to work together to ensure orangutan and habitat conservation, to preserve this beautiful and amazing species!