The BOS Foundation is preparing to release four more orangutans from the Nyaru Menteng facility to the Bukit Baka Bukit Raya National Park (TNBBBR) in Central Kalimantan, Indonesia. Here are profiles of the lucky release candidates! Good luck, everyone! 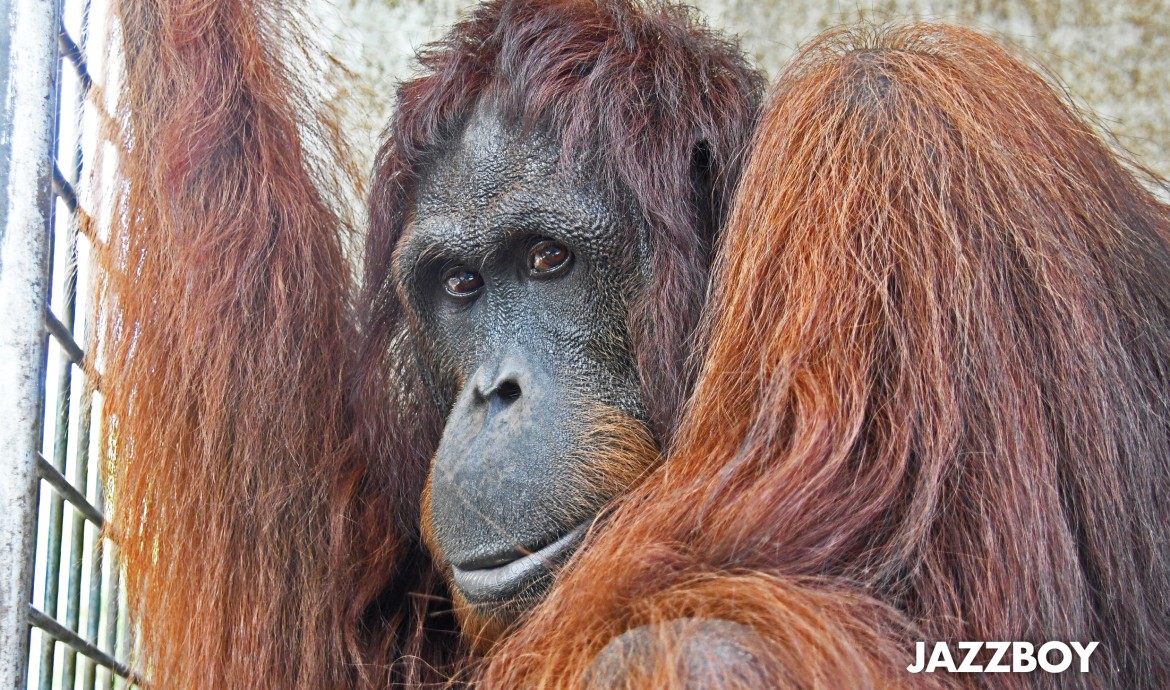 Jazzboy was rescued through a joint effort between the Central Kalimantan BKSDA wildlife rescue team and the BOS Foundation from Sampit, East Kotawaringin Regency, Central Kalimantan. He arrived at the Nyaru Menteng Orangutan Rehabilitation Centre on 14 April 2010, when he was 4.5 years old and weighed 13 kilograms.

After completing the quarantine period, Jazzboy joined Forest School for several years. On 5 February 2020, Jazzboy entered the pre-release stage of rehabilitation on Badak Besar Island. Thanks to his sound survival and exploratory skills, it wasn’t long before he made it onto the release candidate list to return to the forest.

Jazzboy is now 17 years old and weighs 34.2 kilograms. After 12 years of rehabilitation at Nyaru Menteng, Jazzboy is now ready to embark on a new adventure in the forests of the Bukit Baka Bukit Raya National Park (TNBBBR) in Central Kalimantan. 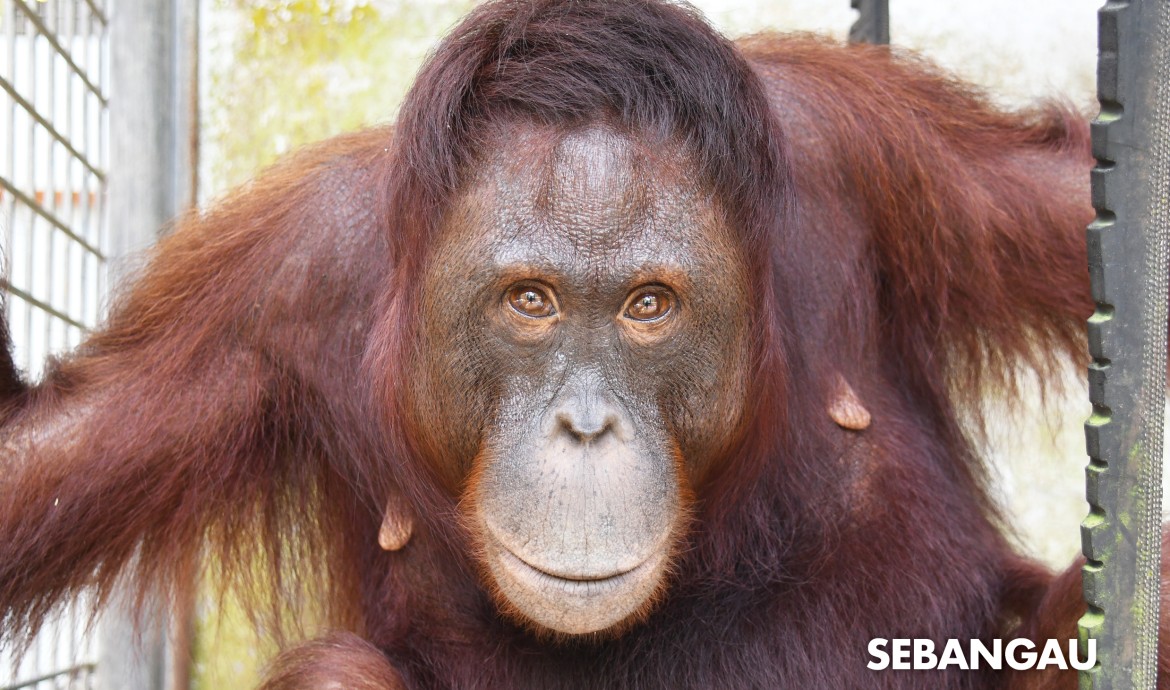 Sebangau was rescued from Sebangau Kuala village, Pulang Pisau Regency, Central Kalimantan, on 18 October 2015. She was four years old at the time of her rescue and weighed 9.5 kilograms.

After the required quarantine period, Sebangau entered Forest School with other orangutans her age. On 5 February 2020, easy-going Sebangau, who loves to explore, continued on to the pre-release stage of rehabilitation on Badak Besar Island.

Sebangau is now 11 years old and weighs 34.7 kilograms. After undergoing a 7-year rehabilitation process at Nyaru Menteng, she is now ready to enjoy her freedom as a true, wild orangutan in the forests of the Bukit Baka Bukit Raya National Park. 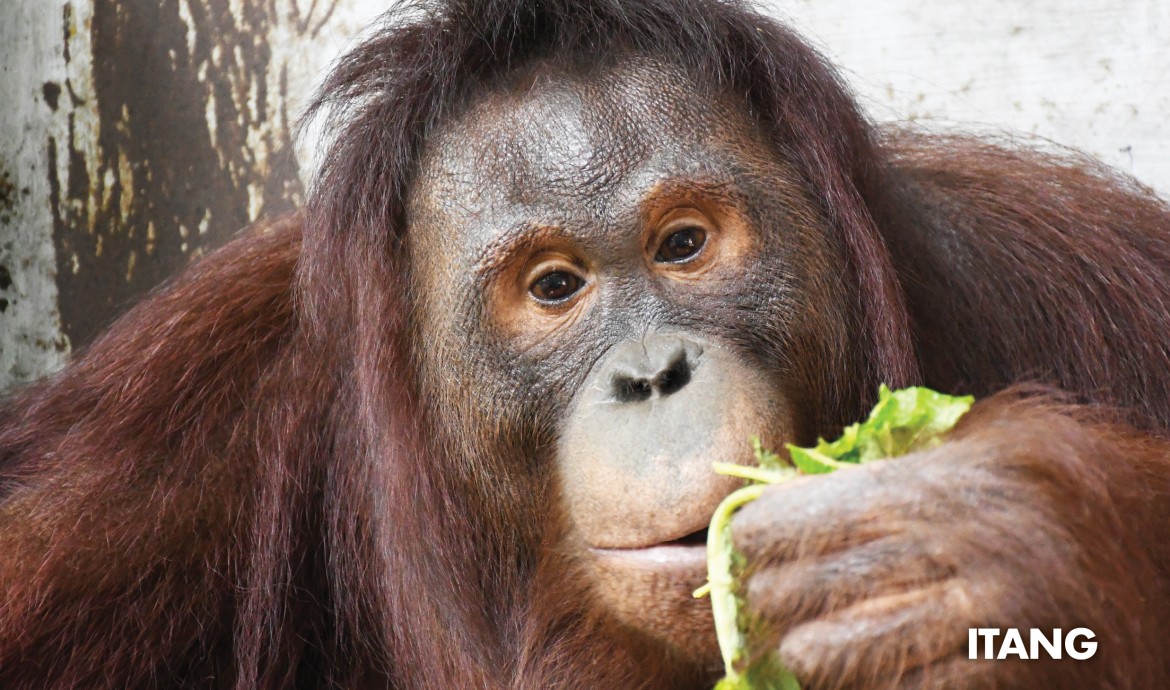 Itang was rescued from Kuala Kurun, Gunung Mas Regency, Central Kalimantan, on 14 June 2012. At the time of her rescue, she was only 18 months old, weighed five kilograms, and was allegedly found alone without a mother.

After a period of quarantine, Itang attended Forest School to hone her skills and abilities. She passed all stages of Forest School and continued to the pre-release stage of rehabilitation on Badak Besar Island on 5 February 2020. While not an aggressive orangutan, Itang is able to defend herself when needed. She adapts well to new environments and is good at responding effectively to new situations.

Itang is now 12 years old and weighs 32.1 kilograms. After undergoing a 10-year rehabilitation process, Itang has proven that she is more than ready to explore the forests of the Bukit Baka Bukit Raya National Park with her fellow release candidates. 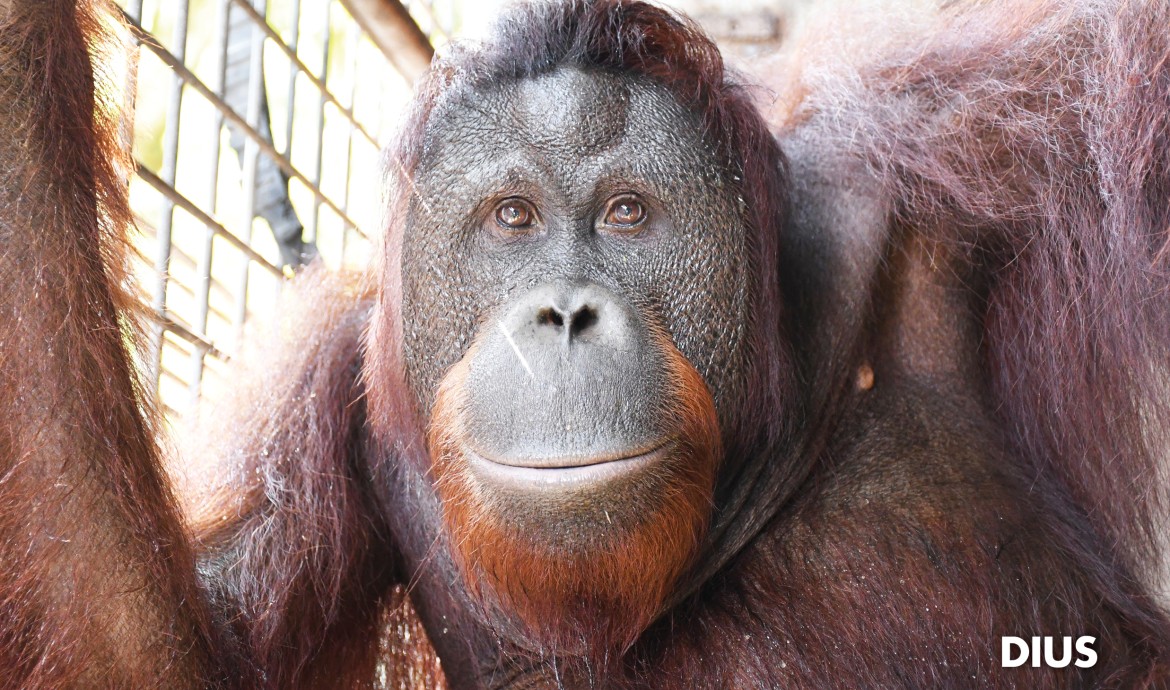 Dius was handed over by a resident of Parenggean, East Kotawaringin Regency, Central Kalimantan, after being cared for by local residents. He arrived at the Nyaru Menteng Orangutan Rehabilitation Centre on 19 September 2006, when he was 18 months old and weighed 2.3 kilograms.

After being quarantined, Dius started his rehabilitation process in Forest School. After a few years, he had successfully completed all levels and was transferred to Badak Besar Pre-Release Island on 17 December 2019. He has since mastered all the skills needed to survive in the wild, and has started to grow cheek pads that frame his handsome face.